Acquaintance with tourism on the other hand – VI Taurian Tourism Congress 2019. Part 2.

On the morning of the third day a vigorous awakening, a quick breakfast and a trip to Berislav.
Near the renewed city park, we are met by administration representatives and a guide. While we are walking in the park, the guide tells us about the legends of the name of the city. It seems to have come from Catherine’s phrase “Take and glory!”. But the reason for this statement and the background diverge in different versions.
We move on and stop on some country road, get out, follow the guide. And we stepped on to the bank of the Dnieper. 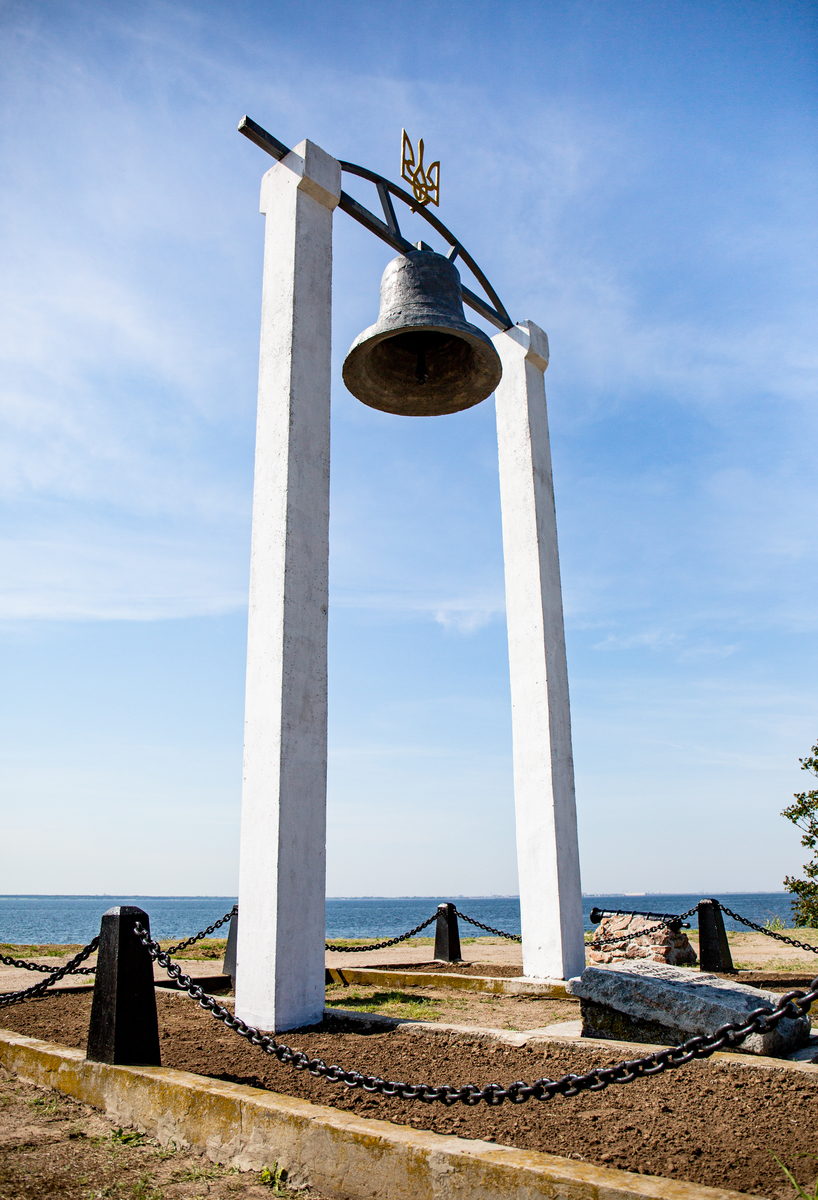 Such monument stands on a high bank.
This is the place where a long time ago there was a fortress Kyzy-Kermen. And the bell cast from the guns captured by the Cossacks of the Poltava regiment, who, having made a dig under the walls, blew up the wall and were the first to burst into the Turkish fortress of Kyzy-Kermen during the Azov campaigns in 1695. The place is fascinating with something – a powerful river, a high bank, a pleasant wind and the sun! 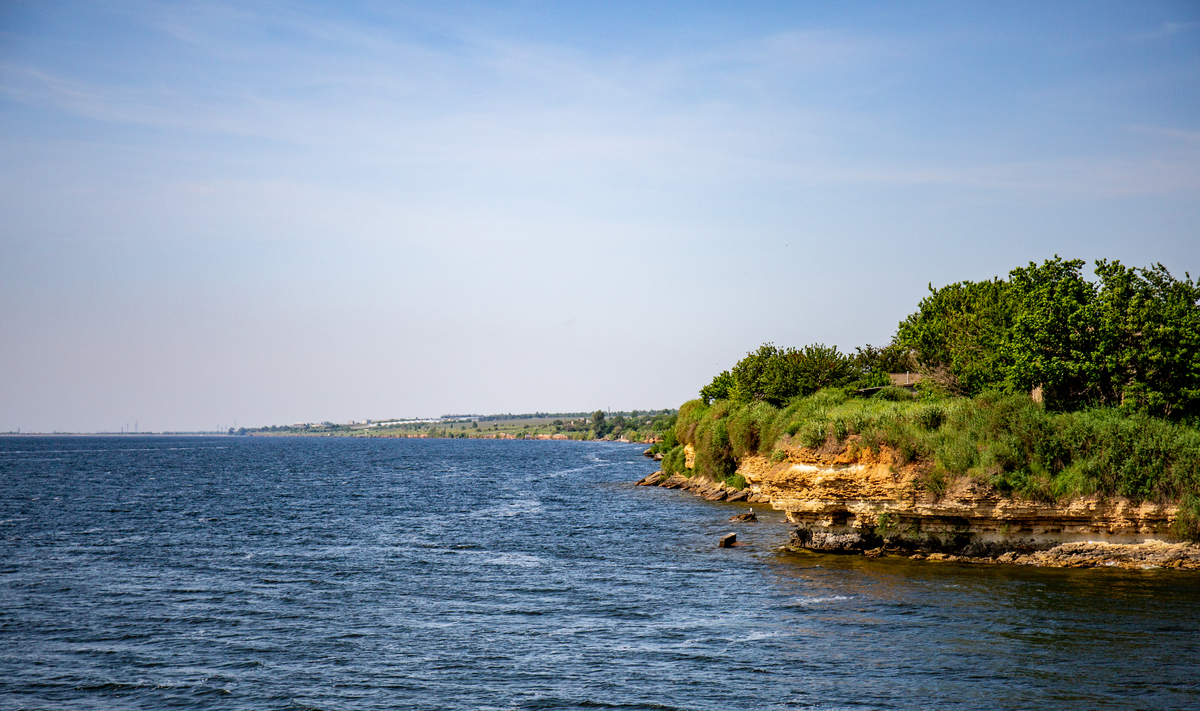 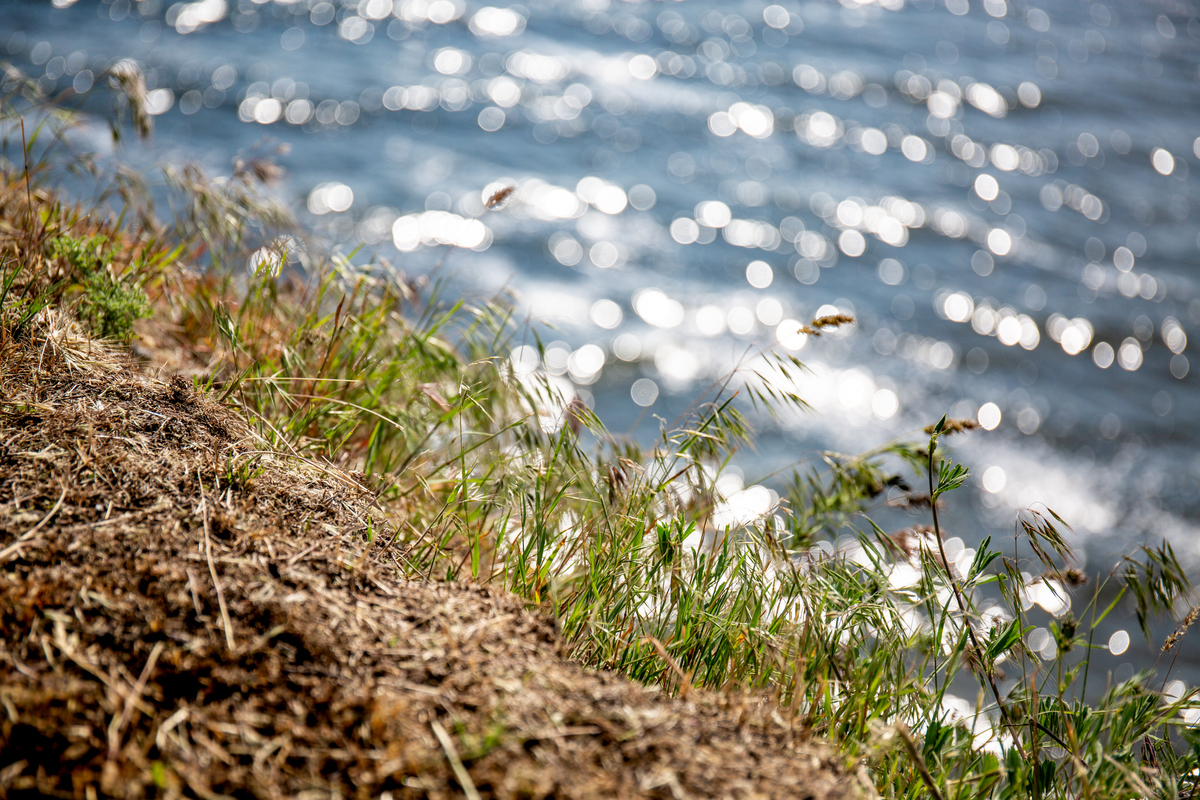 Continuing a walk along Berislav, we drive up to an old wooden church. They told us, that at first it was built in the Zaporozhye fortress of Perevolochnaya. And then in 1784 the temple was transported by Cossacks from the Dnieper to Berislav. According to legend, it was disassembled, put on rafts and assembled again in a new place. In addition, later it was again transferred when a beautiful new temple was erected in the city center. 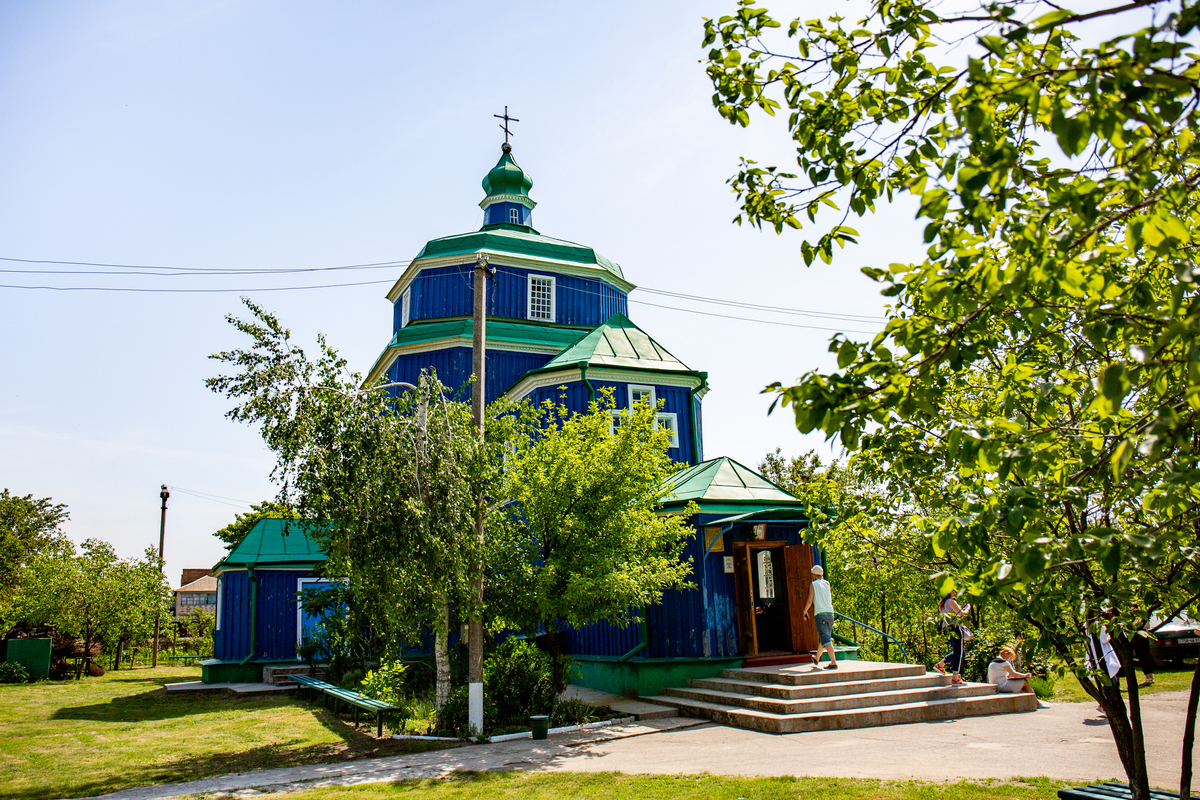 Our inspection of Berislav ended on this. Then we went to an interesting place, which was called “Little Europe” in the program.
This is the village of Zmievka. It was founded in 1782 by Swedish settlers, whom Catherine II relocated from Dage Island (now – Hiyumaa, Estonia). At the beginning of the XIX century three more colonies of immigrants appeared nearby, but German one now: Schlengendorf, Mühlhausendorf and Klesterdorf. After the signing of the agreement between the USSR and Poland on the exchange of territories in 1951, another colony emerged from the inhabitants of three West Boyk villages transferred to the Poles: Lodina, Brzhegi Dolne and Nanova. The settlements grew and were united in one village Zmievka.
At the entrance to the village there is a sign in four languages: Ukrainian, German, Swedish and English.
For some reason, I had a preliminary impression that in this village there should be houses in the European style. But it turned out to be an ordinary village with architecture that is completely typical for this region.
There are three churches in the village – Protestant, Orthodox and Ukrainian Greek Catholic Church. We stopped near St. Michael’s Church (it is also a Swedish church). This building is in the common use of the Orthodox and Swedish Lutheran communities and everyone feels great. 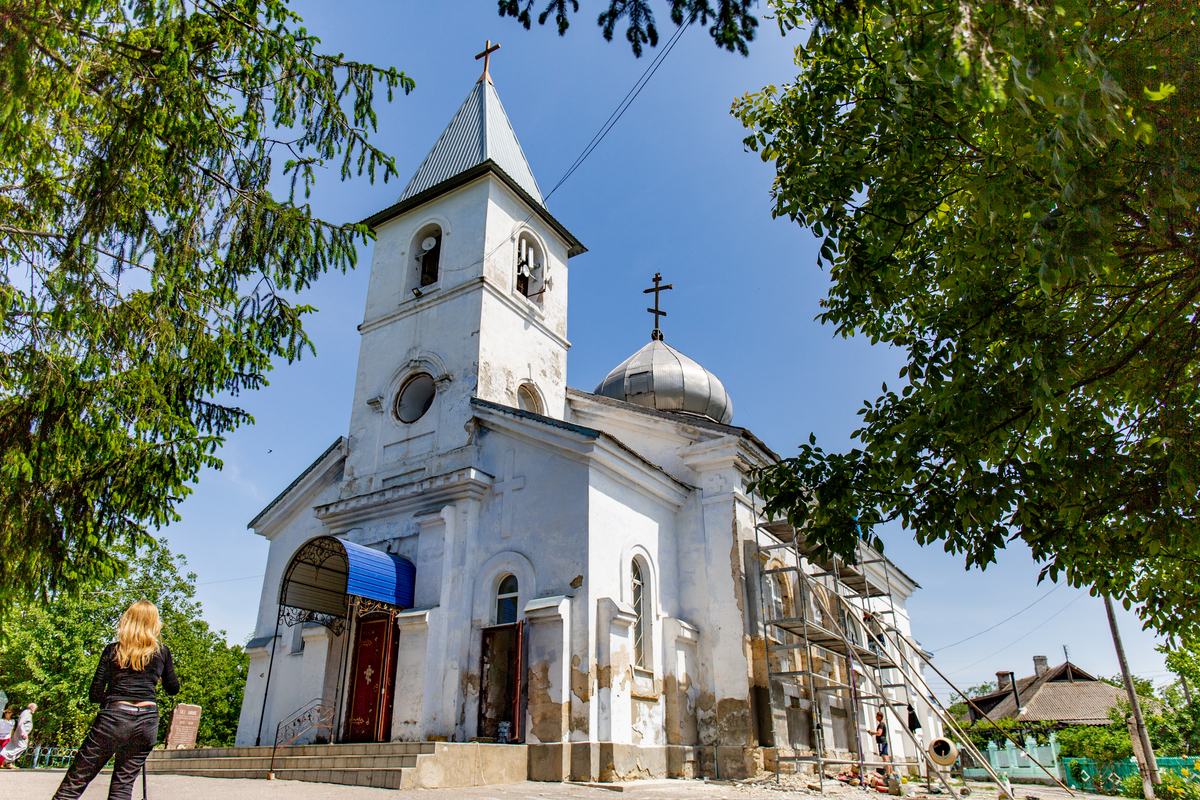 Alexander Kvitka (permanent rector since 1989) comes out to meet us. I was very surprised by his clothes: 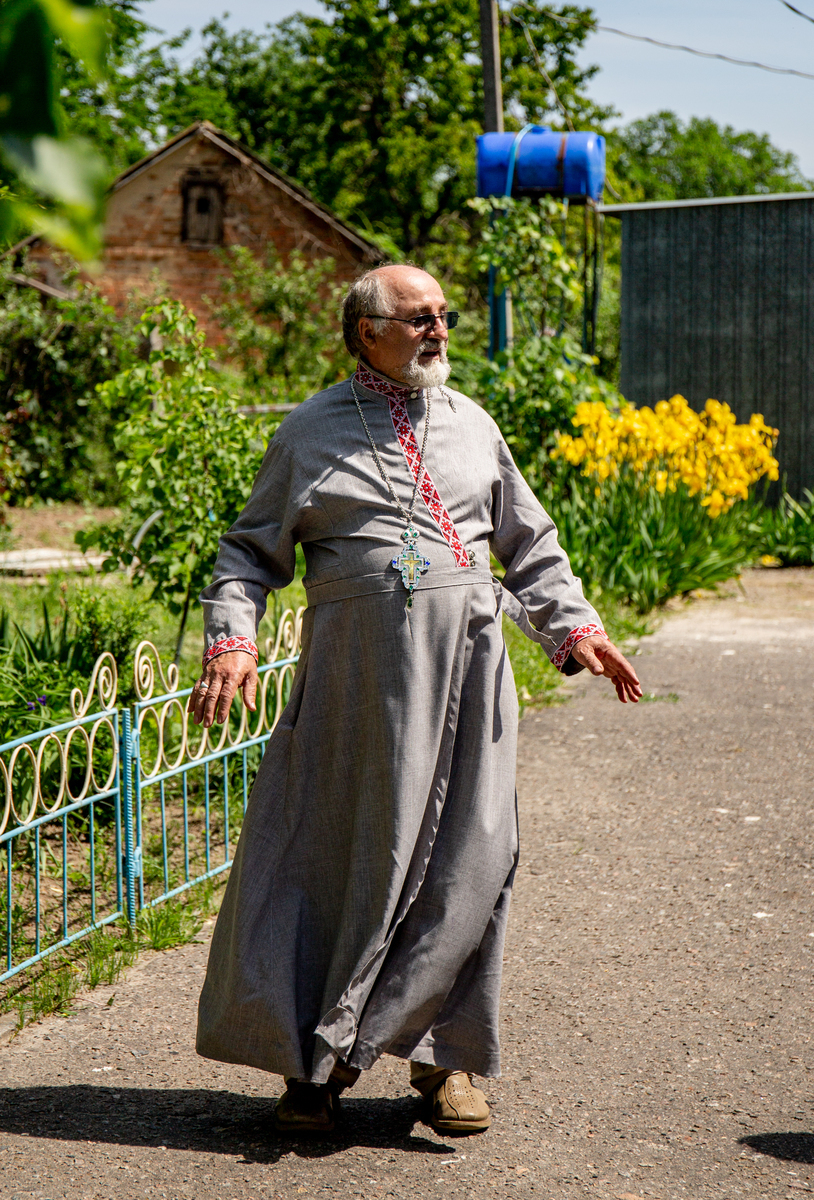 He talks a lot and with pleasure about the church, about the village and about the preserved features. For example, in the village they still speak Old Swedish, and therefore linguists from Sweden come here to study their old language. At home, this language has already been forgotten. Recently, the king of Sweden came here. While we were standing and listening, one of the villagers came up and specially for us spoke a little in Old Swedish)))

The next point of our race is “Fishing Farm”. Alas, their site, indicated on leaflets and business cards – does not exist.
This is a private experimental farm that breeds sturgeons. To do this, they built a system of ponds. 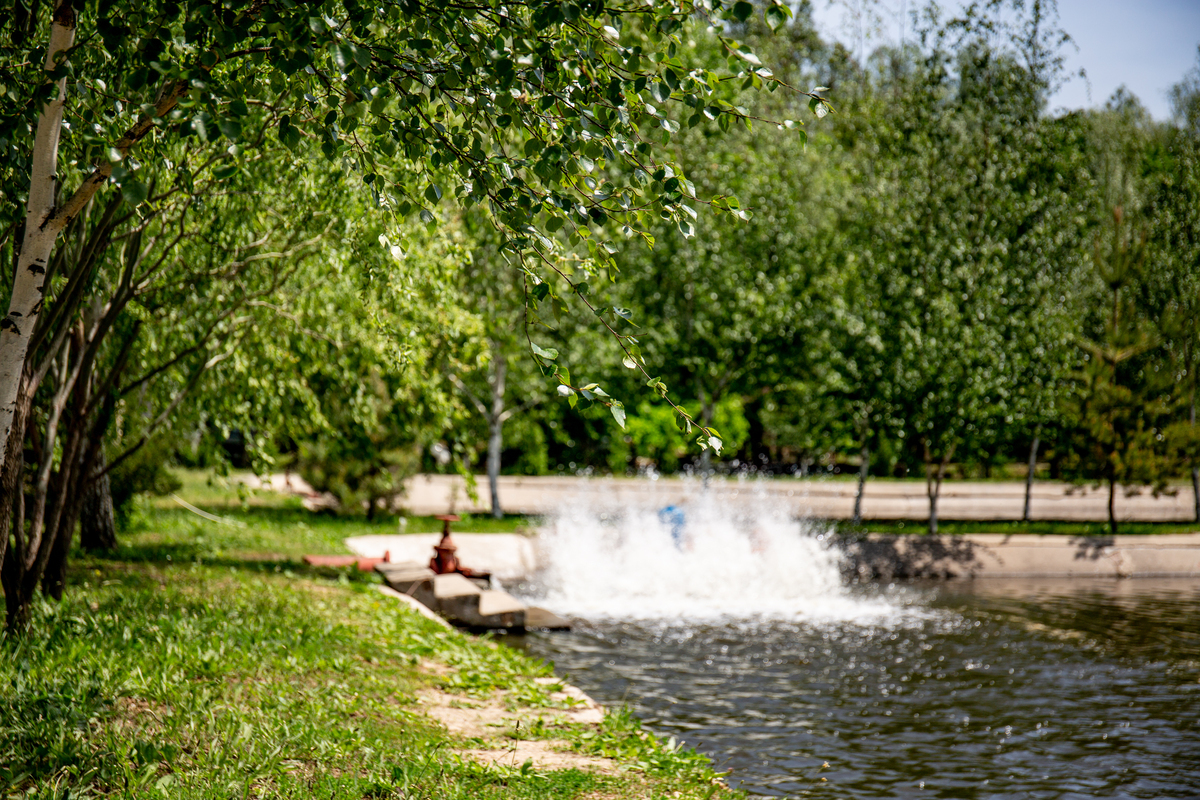 The trick is that water flows into them by gravity. Somewhere at the top there is either a lake or a source, then a system of ponds with lowering levels, then cleaning and into the river. Thus, the economy saves a large amount of resources)) 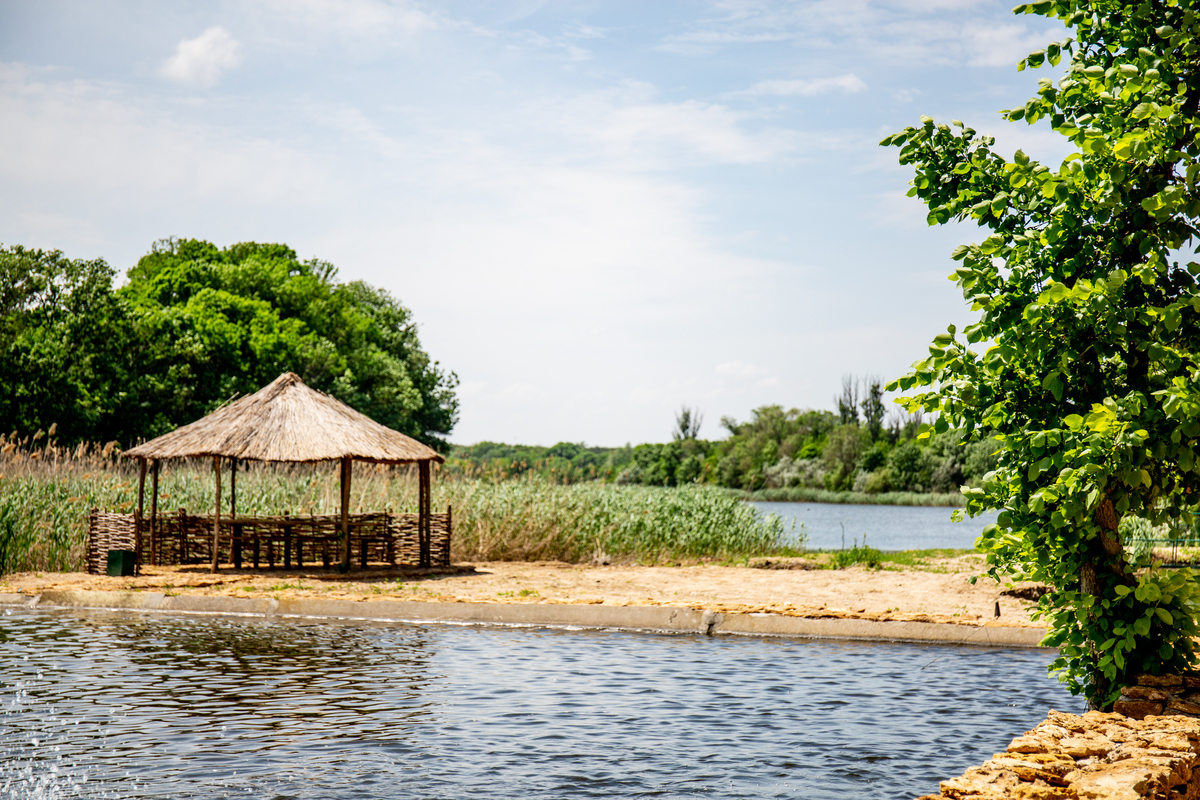 The farm also has fishing ponds. They have marble catfish, carp and several other types of fish. The banks of the ponds are shady, benches and arbors are standing there. As far as I got – the have rooms for the night.
The hosts treated us to dinner. That’s right – the fish soup … With kalganovka, if I’m not mistaken. I have not tried it – strong alcohol – not for me. But people speak very positively about it. Kalgan is a spicy root on which moonshine or alcohol infuse. Kalgan gives a sharp, spicy and tart taste to any drink. I think, same to Kalganovka also))

Then we went to the steppe waterfalls. A few years ago in the village of Cossackoye “found waterfalls in the thicket”)) It sounds just like in the famous fable – “I didn’t even notice an elephant.” Well found – and good))
Waterfalls are located in the village of. Cossackoye, Berislavsky district, near the ruins of the castle of Prince Trubetskoy. 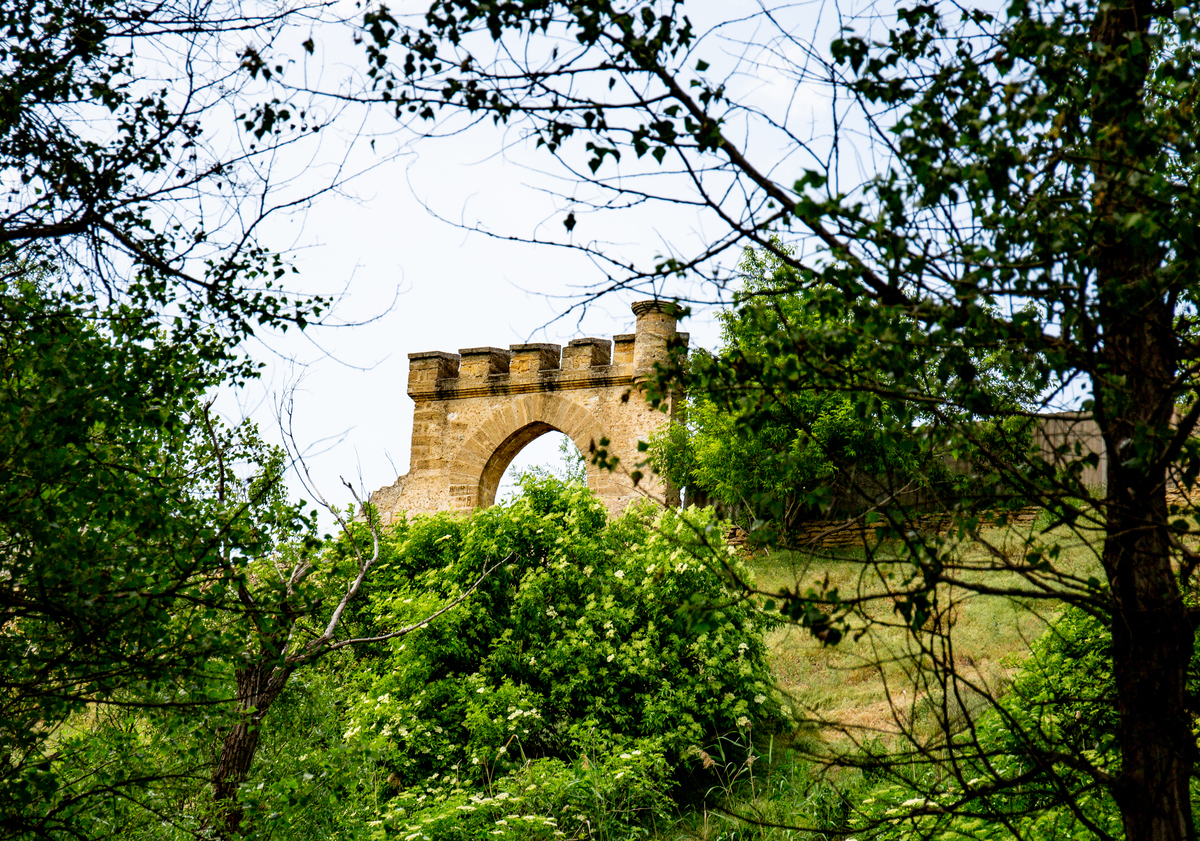 We land in the shade of willows in the middle of nature. At first it’s completely not clear where to go and where the waterfalls are. Knowledgeable people lead along an earthen moist path towards the reeds)) 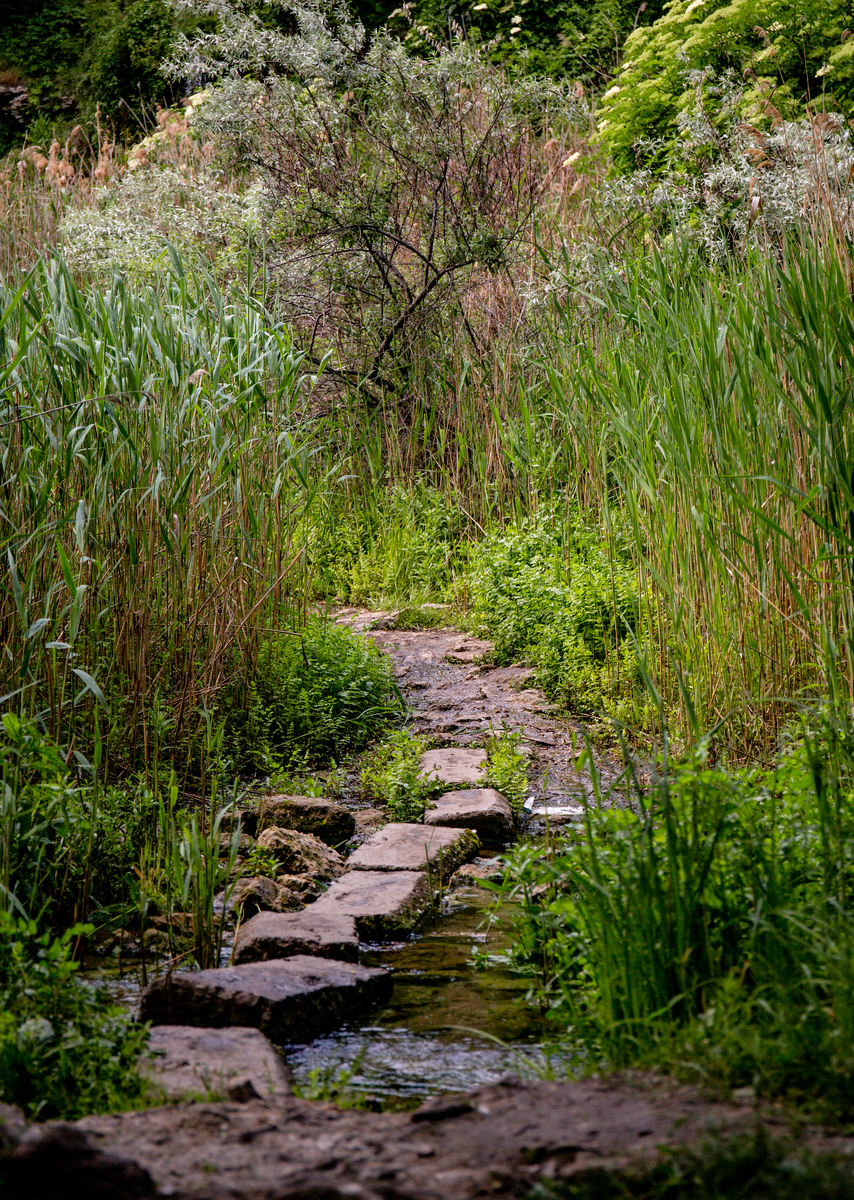 We pass on wet pebbles, bypass reeds … and a little skill to overcome wet bulk climbs and you are there! 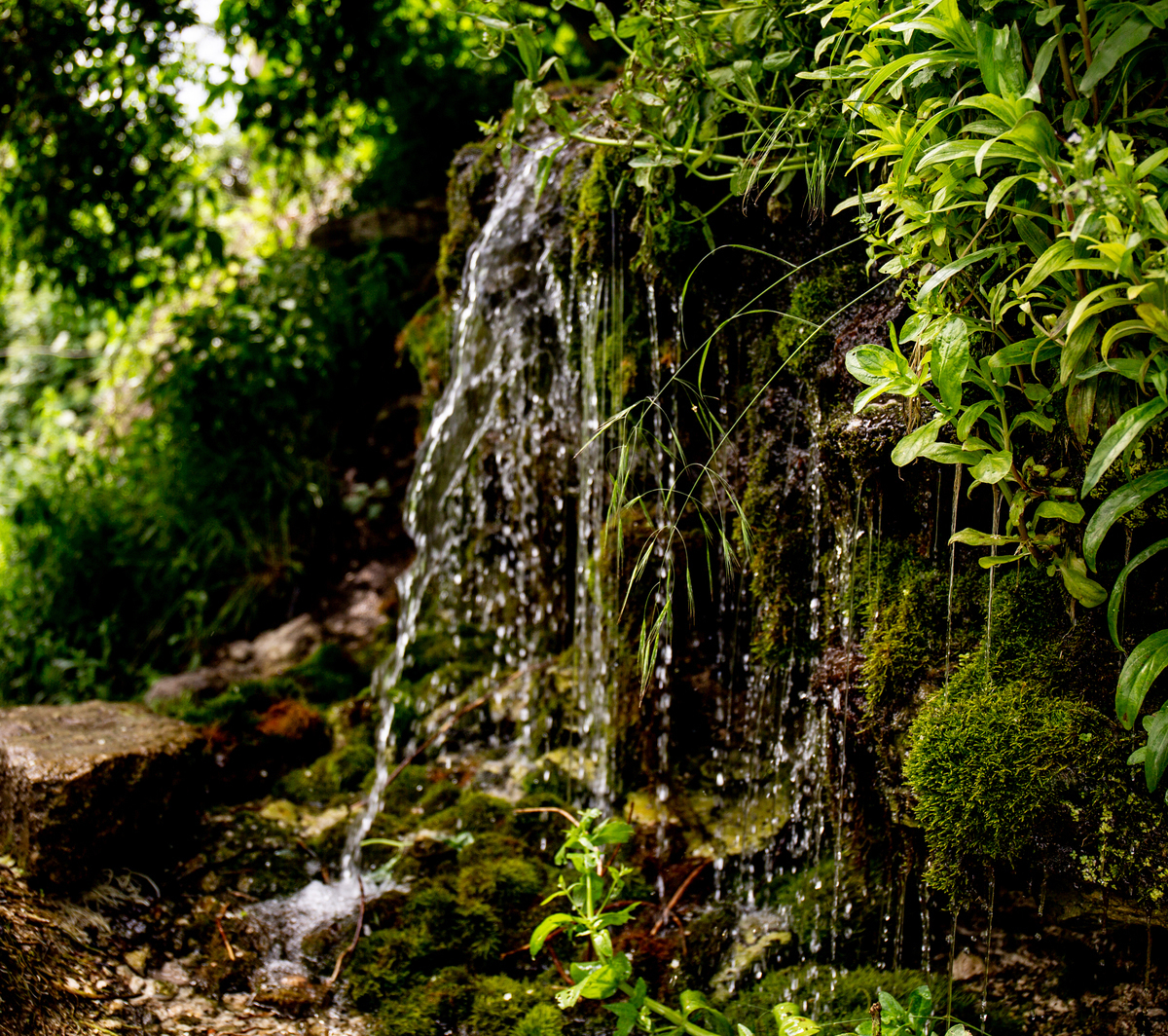 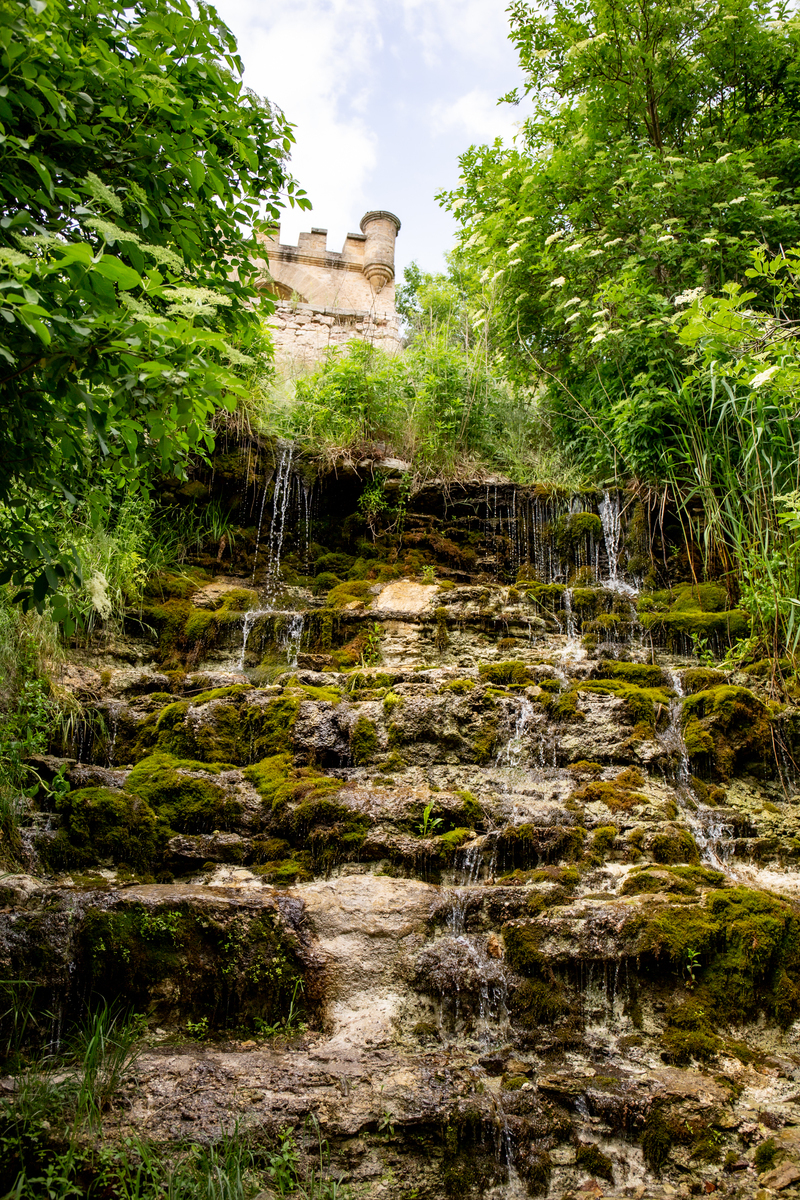 Then we go to the next alco-tourist place.
The house of vintage cognacs “Tavria” began its history in 1889 with the light hand of Alexander I, who invited Swiss hereditary winemakers Louis Gehler, Julius Mayer and Jean Jaton. At first they had to encounter an originality of this area in the form of strong winds and sandstorms that destroyed grape seedlings. But they succeeded – the economy was considered to be successful. 5 thousand buckets of wine is quite a success. The factory began to produce cognacs in 1965.
Lovely girl gave us a tour of the production halls. The smell there, of course, is impressive and potent)) It is difficult to be there for a long. Here we sustain at first, here – second, here – thied ..)) and voila – there we mix)) we’ve breathed highly)) 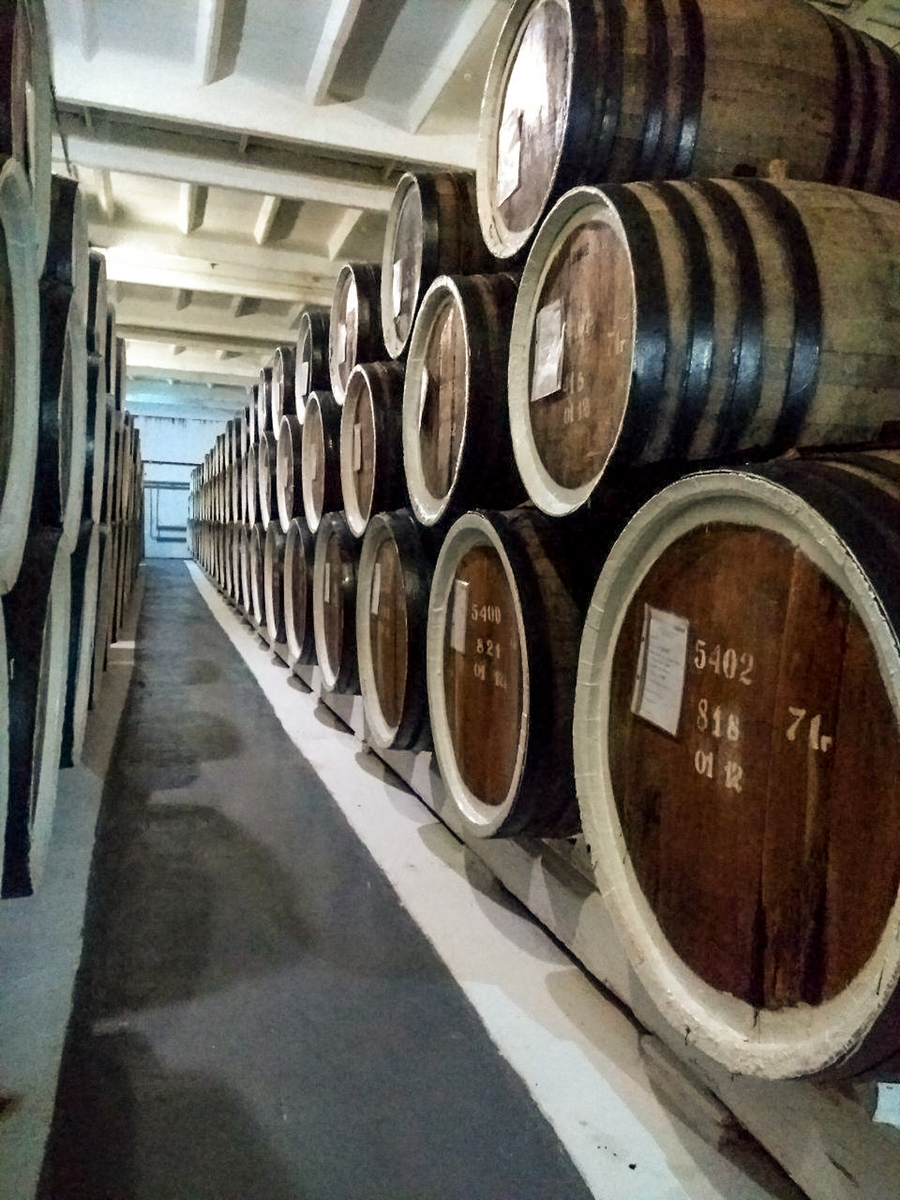 Then we went to the tasting room, where we were offered a large selection of cognacs and even one wine and liquor.

After everything was tried to the bottom by those who wanted, we drove on.

Before the end of the trip we had only one object left. Stud Farm Grand Prix. This is a huge territory with beautiful wooden cottages, parks, ponds, children’s and sports grounds … And, of course, with a lot of well-groomed horses. 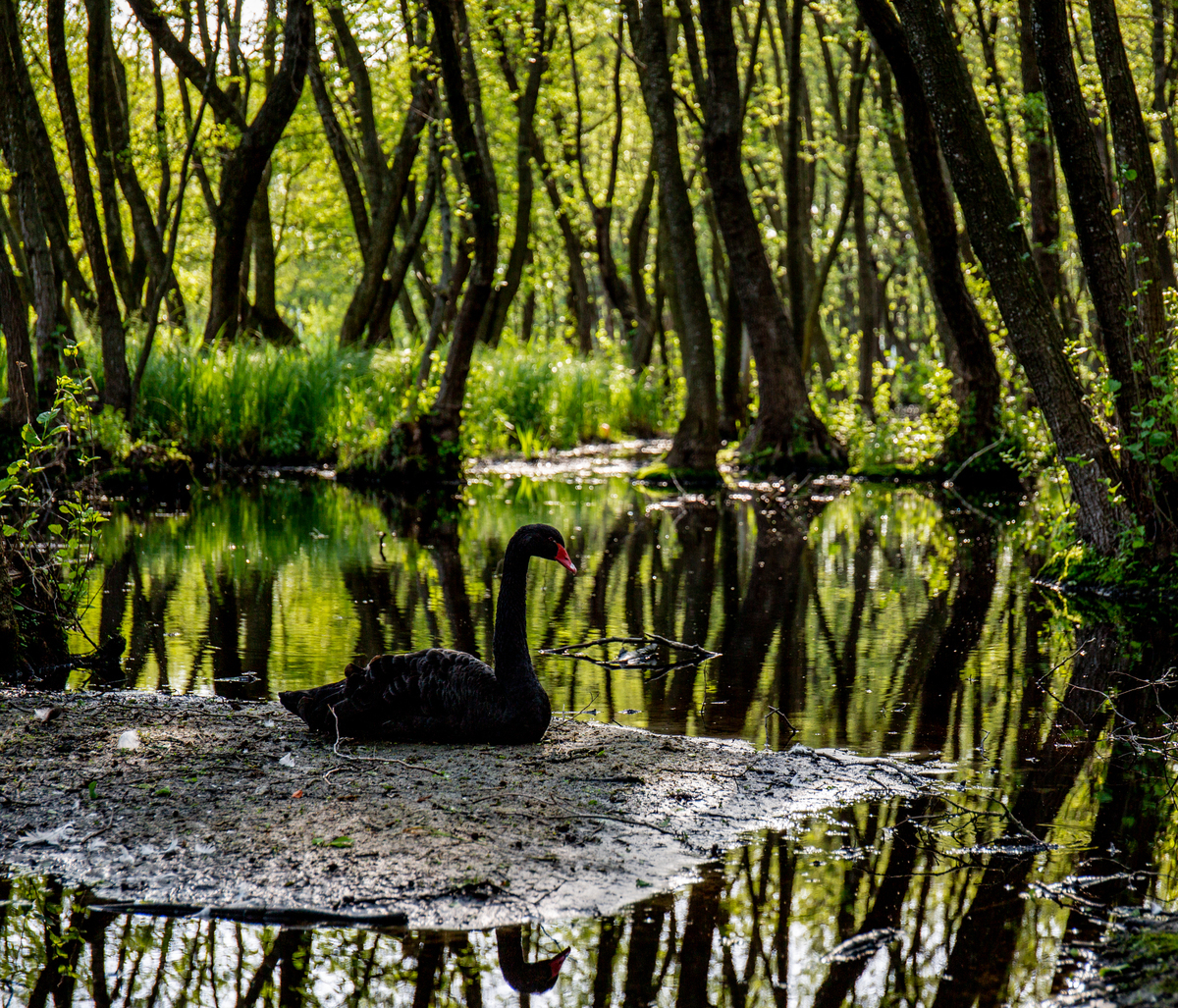 I must say that even I usually do not set such a pace on our trips)) I’m not just tired – I’m almost exhausted)) Now I need to find, read, and go to a lot of place later. Of the 53 objects declared in the “Salt Road” project, we have visited far from all. Honestly, I can’t imagine how long it takes to visit all 53 locations. And especially if you allocate for each more than 15 – 30 minutes. But I will definitely try at some time)) And at the same time I will scout out the coordinates of the points and their history. Since this moment is currently missed in the project. But most likely, the scoring of historical and other issues is planned to be assigned to the guides.

The first part of this adventure.