You can find many amazing and beautiful places in Ukraine. But a special charm is attributed to the “Tunnel of Love” in the Rivne region, near the village of Klevan. To some extent, it can be called cult, especially for lovers. 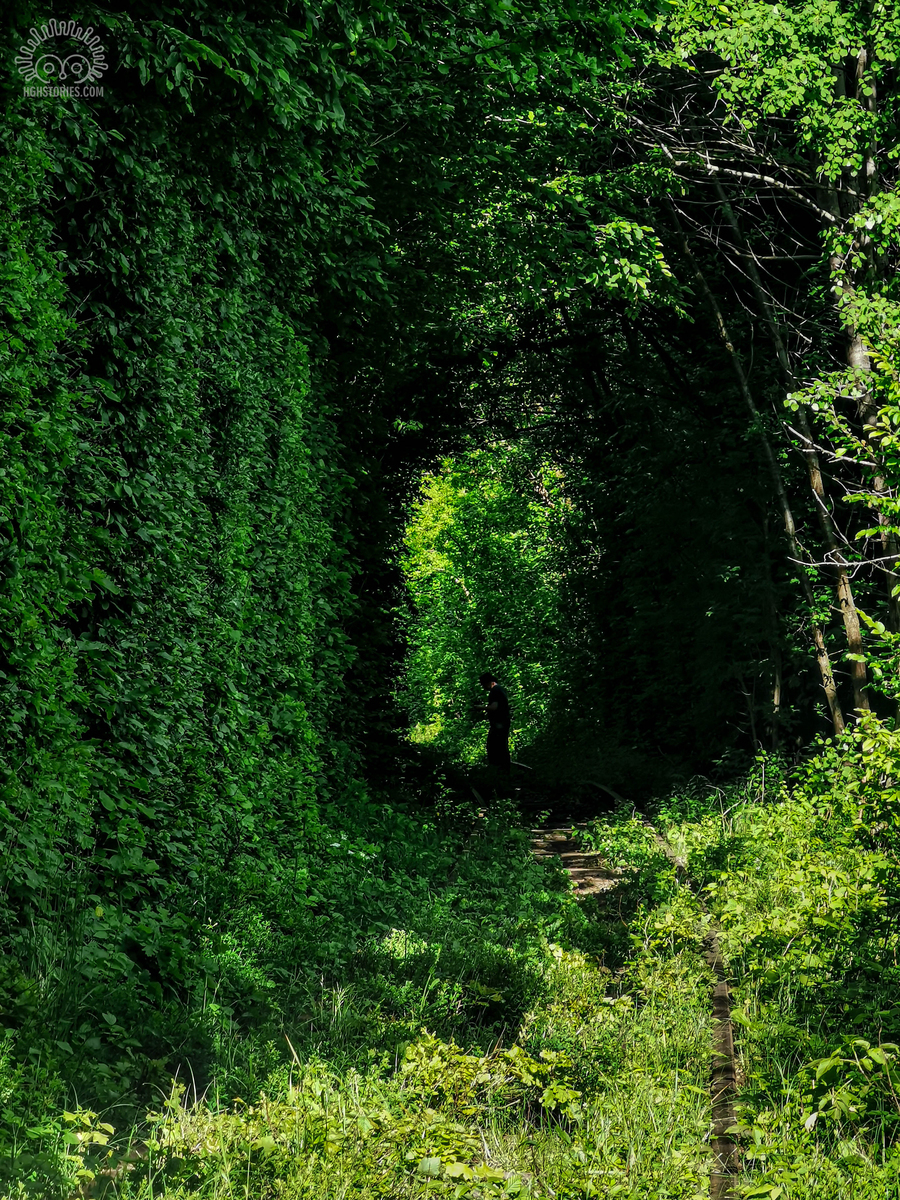 This is the part of the tunnel in which the branches do not close in full. To the great surprise and pleasure, it is completely deserted, although the main attraction is ten meters away.

Although there are many such tunnels in Ukraine, this particular one gets a lot of attention (marketing has done its job): it has managed to get into movies and commercials, as well as to fill many pages on social networks. It is enough to put its name in a search and a lot of photos from this place will fall on you.
So, in 2014, Akiyoshi Imazaki, a Japanese film director, shot a romantic drama called “”Klevan: Tunnel of Love“, which was released in 2015. There are a lot of tunnel appearances there.

Also in 2014, the Japanese company Fujifilm shot a commercial here.
Since 2016, the entertaining Indian action movie “”Winner“, which was released in 2017, has been filmed here (you can admire the Tunnel of Love in the film from about 1:34:41).

In photos and videos, it looks incredibly fabulous, but in real life the impression is quite spoiled by the numerous garbage left by untidy visitors. In addition, the place is quite crowded due to its popularity, and at the same time the aromas in the heat just amaze the imagination … 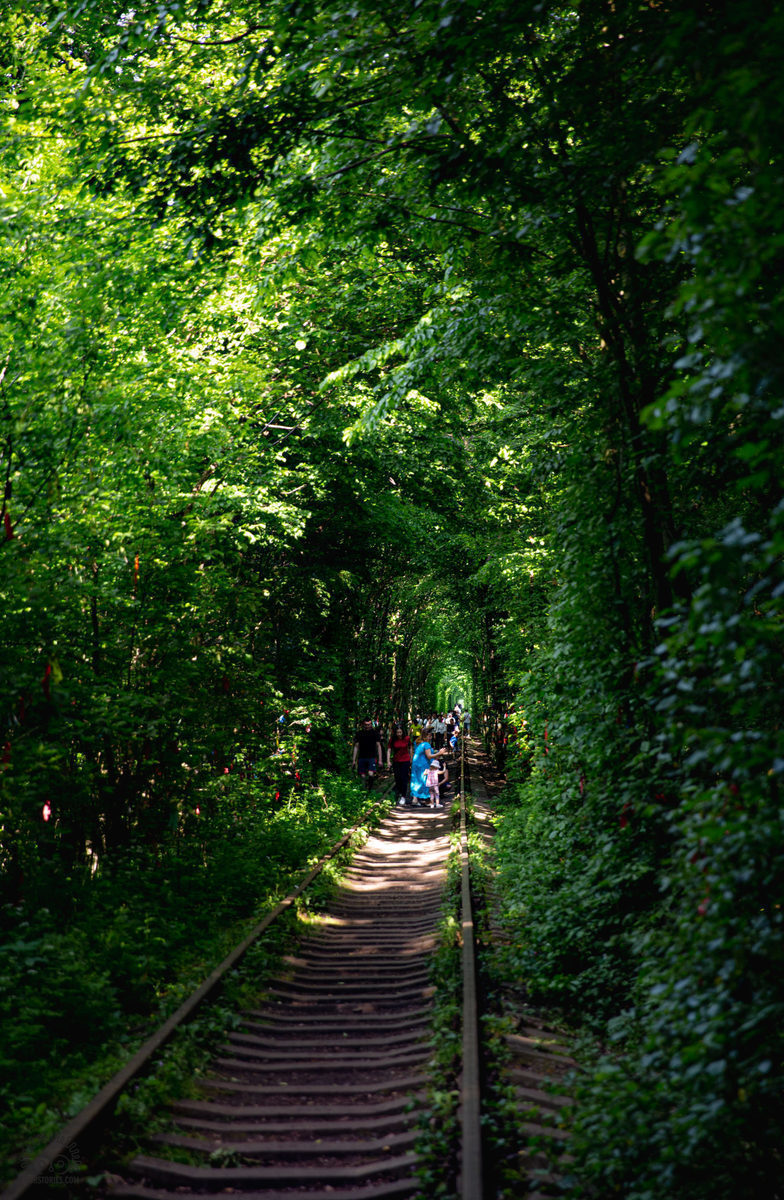 The tunnel itself is a section of the railway that still operates today. It runs through the forest and goes from the village of Klevan to the woodworking plant in Orzhev. Trees grow quite densely, intertwining branches over the rails and forming a natural arch. To maintain the perfect shape of the tunnel helps the train, which runs this route three times a day, and breaks the excess. It can also be seen often in photos. Remember about it when you walk there. At the entrance to the tunnel you can see a lot of ribbons, tied by lovers. And also plants are often planted here as a symbol of love of the couple.

Such a place simply could not be without legends (how to attract tourists without them):

Legend one. Classic love-tragic.
There lived a couple in love who decided to get married. But the bride’s parents were adamantly against, so the unfortunate girl drowned in a swamp near the track. The groom disappeared when he went in search of his beloved. And their souls became the guardians of this place, helping others to keep their love.

Another legend. Soviet-practical.
The dense forest perfectly hid the once military base and the ways in which it was supplied with ammunition and food.

And of course there are stories that if you make a wish and pass through the tunnel, it will come true.
And about the point of when it is better to admire this romantic place, everyone has their own opinion. Some like lush greenery and sunlight, some like the bright colors of autumn, some like white winter, and some like the moonlight breaking through the intertwined branches. Everyone has different tastes and therefore you will not be lucky to be there alone))).
There are a lot of trade counters and tents near the tunnel, so you will not be left without souvenirs and beer. 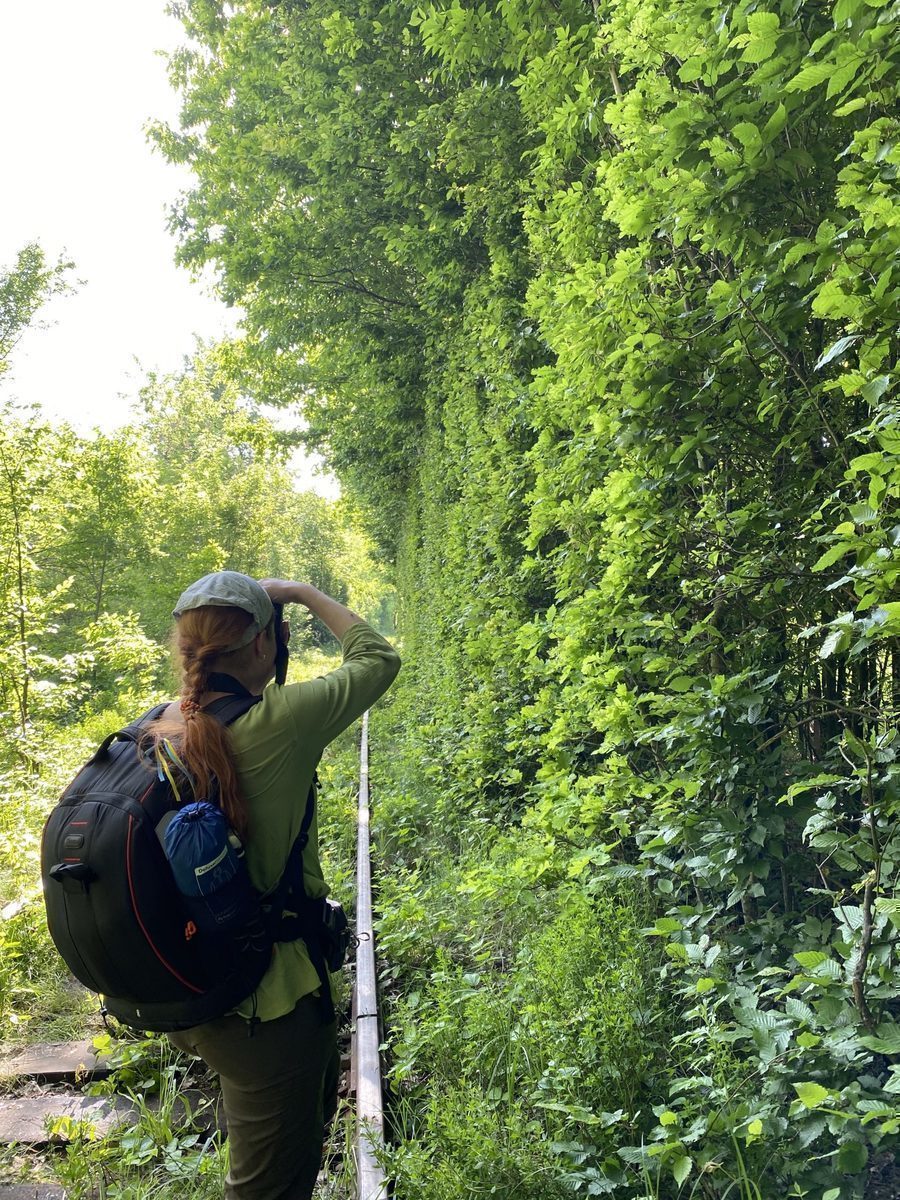