This expedition began with that it was postponed for a week. And before leaving, we changed half of our original route. We do not have tropics here, but storms can be “not bad”. For this reason, the plans have changed so much. We decided not to go from east to west, as usual, but vice versa. As a result, Obitochnaya spit was left without our attention for this trip)))
We based in Odessa, taking advantage of the hospitality of our friends. After the previous expedition, it was decided to dedicate more time to the Tuzly estuaries and their inhabitants.
Since we have already been to the Lebedivka district, this time we decided to visit from Tatarbunary side.
At first we drove past solid thickets of reeds and were about to despair. And especially for the reason that there were mountains of garbage around us (I don’t know if it was the vicinity of Tatarbunary or Borysivka). And “mountains of garbage” in this case is not a figure of speech – everything was completely covered with leftovers of plastic bags, some small debris – fields, trees, gardens … Not having time to get upset and go back, we met clouds of birds (I think that was hemp) who flew from one thicket of reeds to neighboring with small portions of several hundred individuals))) 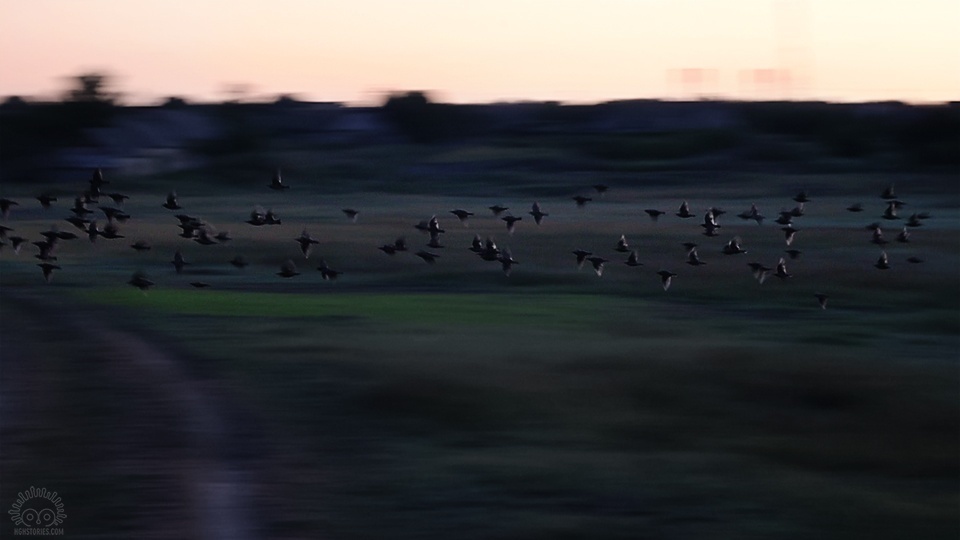 This spectacle is very impressive, but I wanted to see pelicans, but there were none. And to spend the night in the thickets of reeds is another pleasure. On this occasion, we went back to Odessa to spend the night.
The next day we went to taste the advertised Scythian oysters to the Tiligul estuary.
First we drove to the estuary closer to the sea and enjoyed watching the birds feeding in shallow water)) 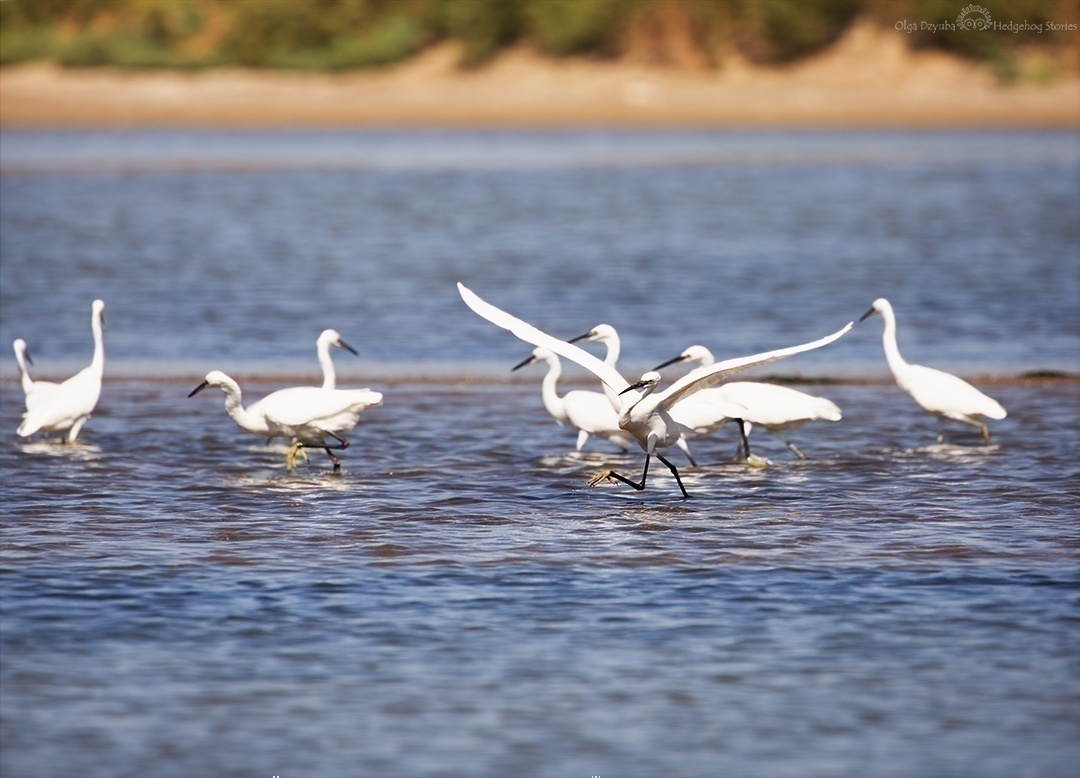 There are almost no people here – there is absolutely nothing to do here but watch the birds. But there are birds)))
Well, then we went to taste oysters. We didn’t get there right away – field roads on Google Maps are not always true. But in this case, any oncoming will easily indicate the road on which you can get to the local “landmark”. According to the original plan, we were going to spend the night in “Tilikamp“, combined with this oyster farm. Just for the reason that it is close to the places we wanted to shoot, and did not want to go to Koblevo camping – it’s crowded and noisy)))
So, we came to the farm. There are a lot of people, they are drunk, shouting “Murka” …
The mountain of skulls greets guests .. that is empty shells)) 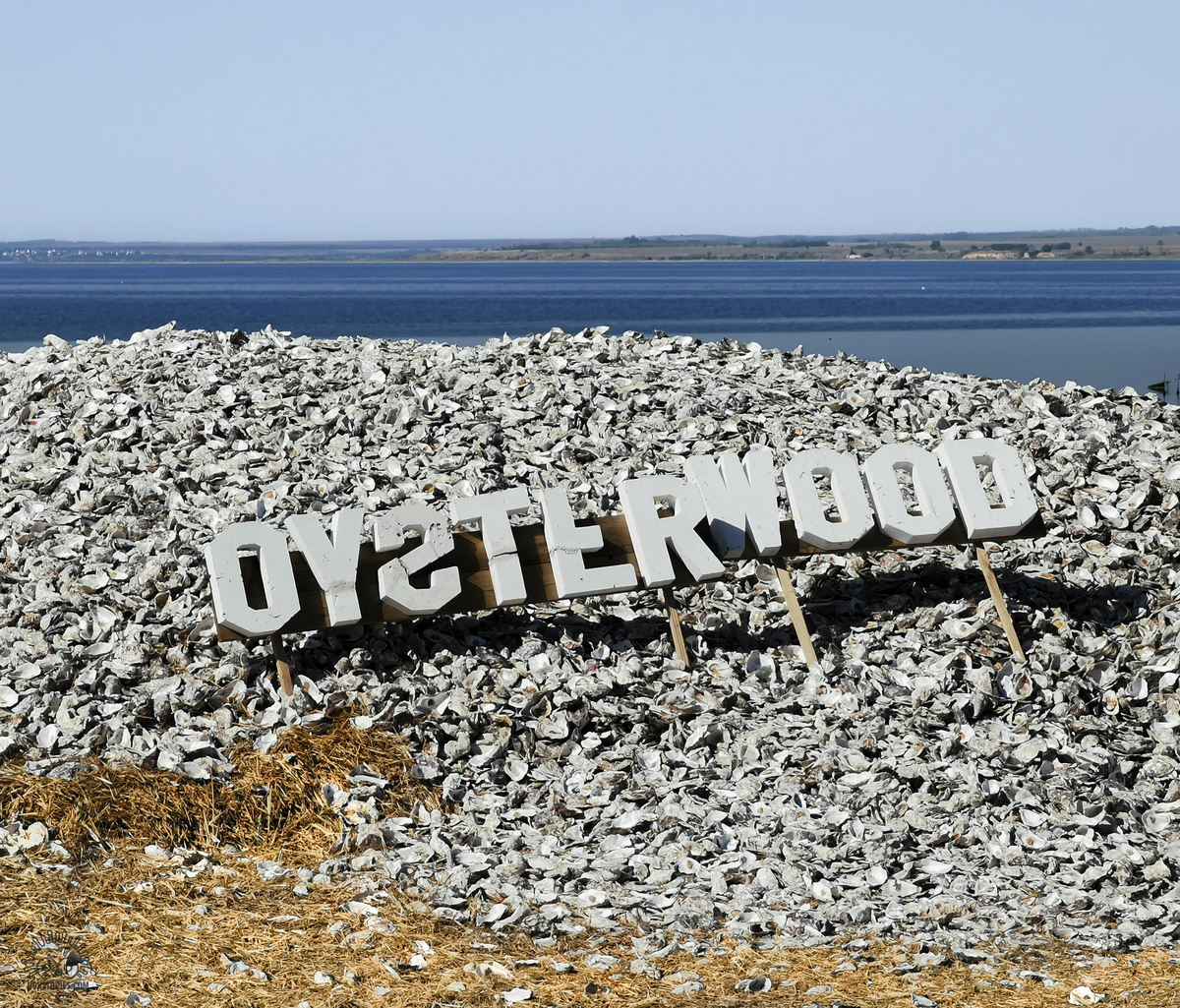 On the shore of the estuary is a wooden canopy with benches. 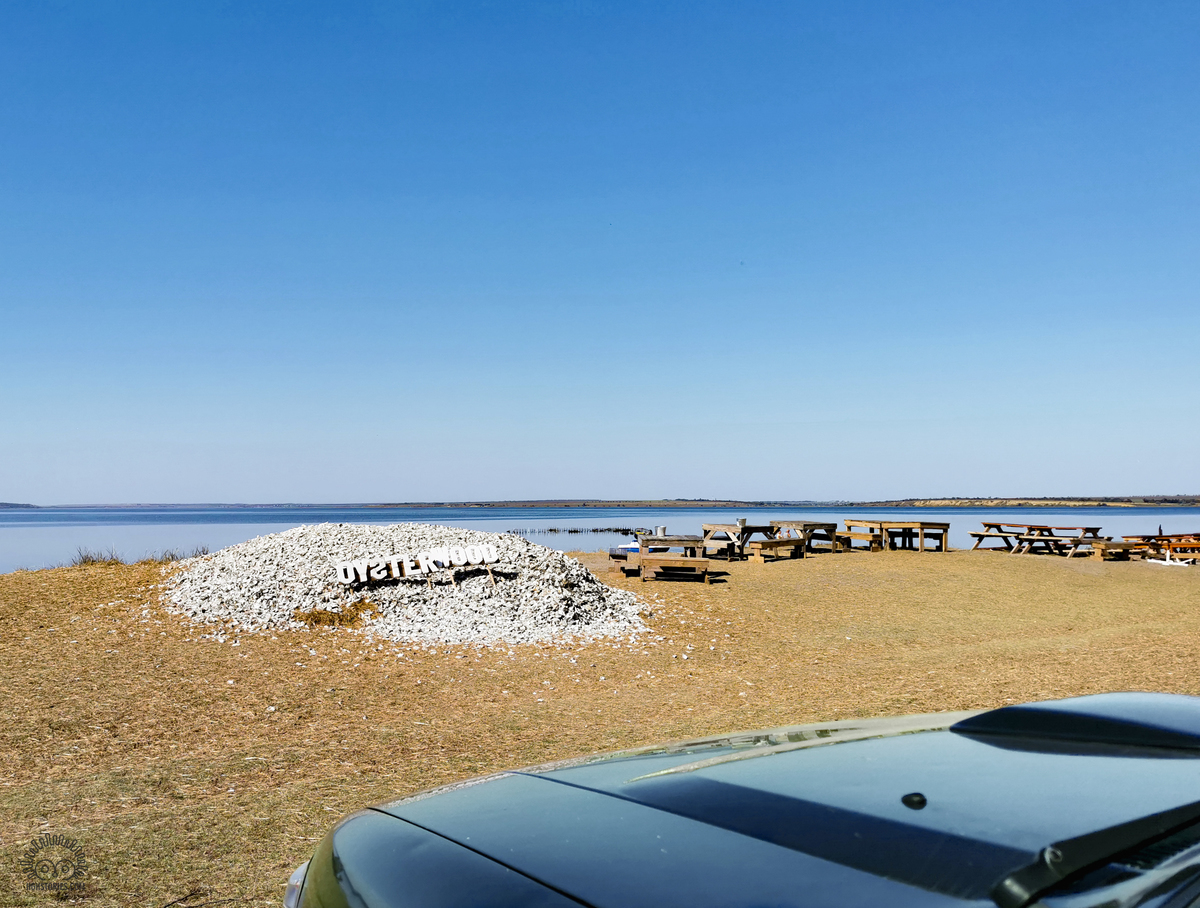 Everything else is also done without much effort – a price tag with a marker, plastic plates and cups. Undoubtedly, the seafood is delicious. We tried two species of shrimp, mussels of several species, rapans, mussel pilaf and oysters. What made me smile is that there is practically nothing over that – no bread, no side dish … only tea bags. And it became clear why people are screaming “Murka” and other “folk-drinking” songs. It’s simple: to a certain number of oysters is added free wine in large quantities, and on the street in the middle of the day and about forty degrees of heat … 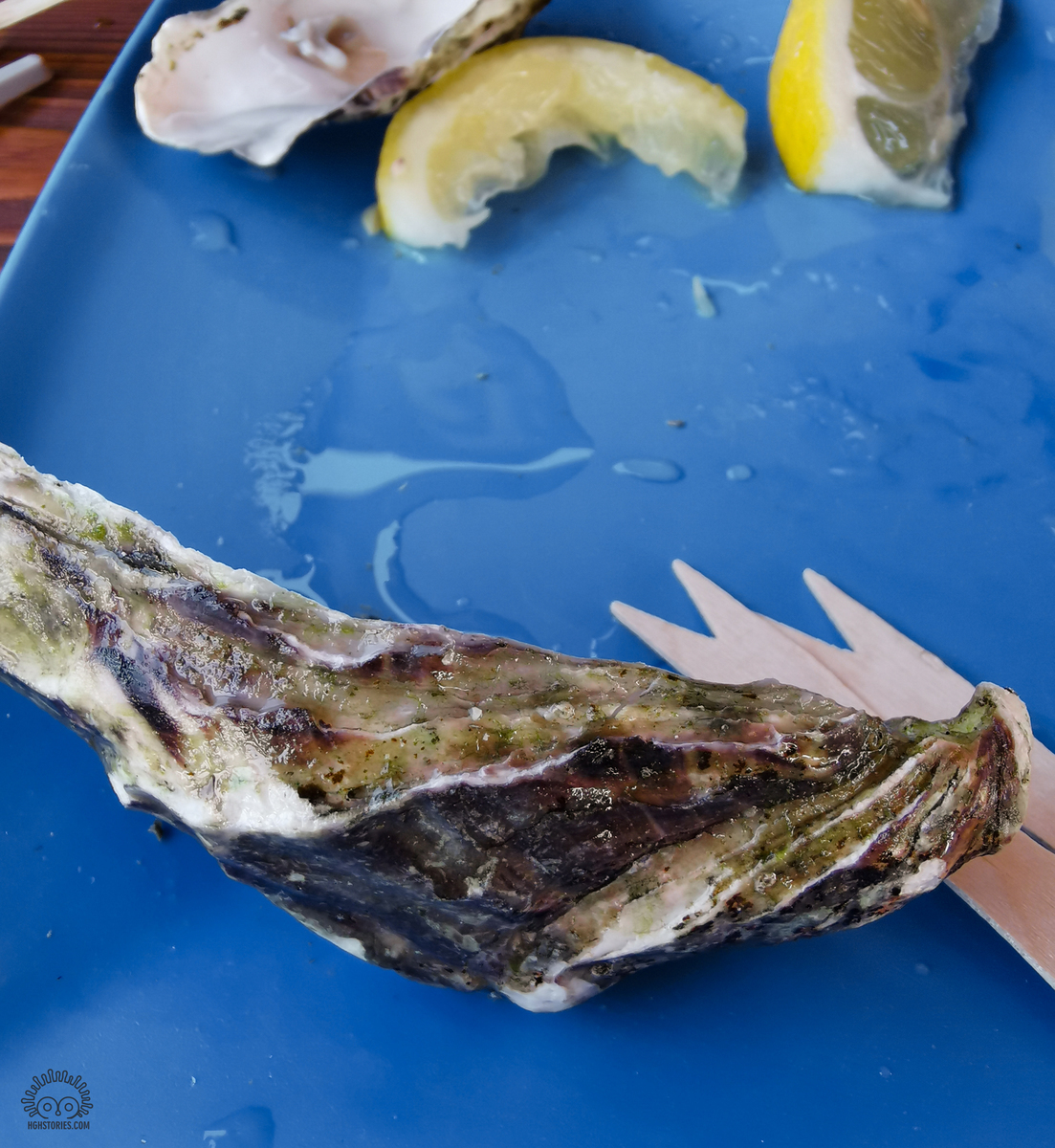 One way or another, seafood is cooked here quite edible. After the meal we went to look, in fact, at the farm itself: 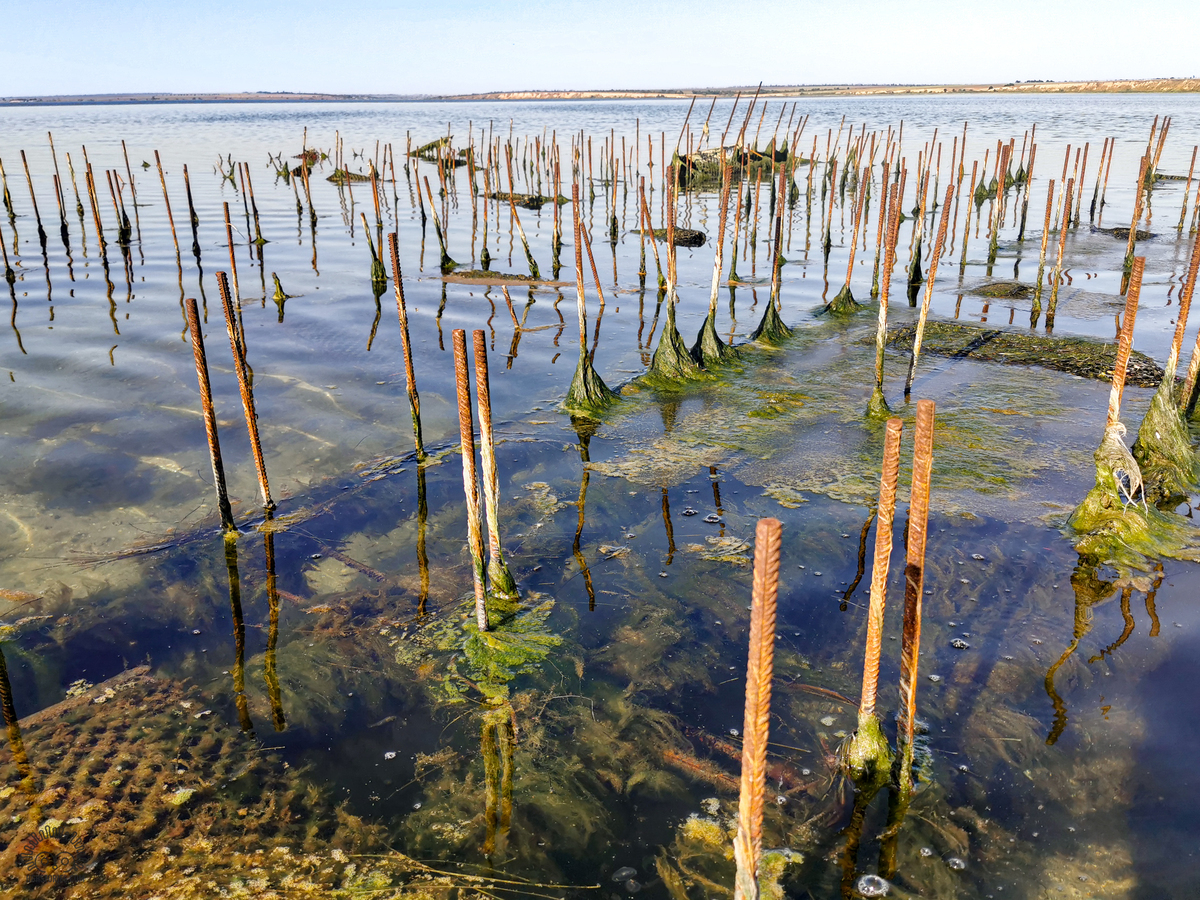 Since we got here at the end of the season, most of the nets were already empty (or rather, lies a demonstration pile at the entrance to the farm).
After wandering in the warm shallows, we quickly retired and decided not to stop at the local campsite. We decided to drive to the far end of the estuary and find out if there is anything interesting. And we found))) 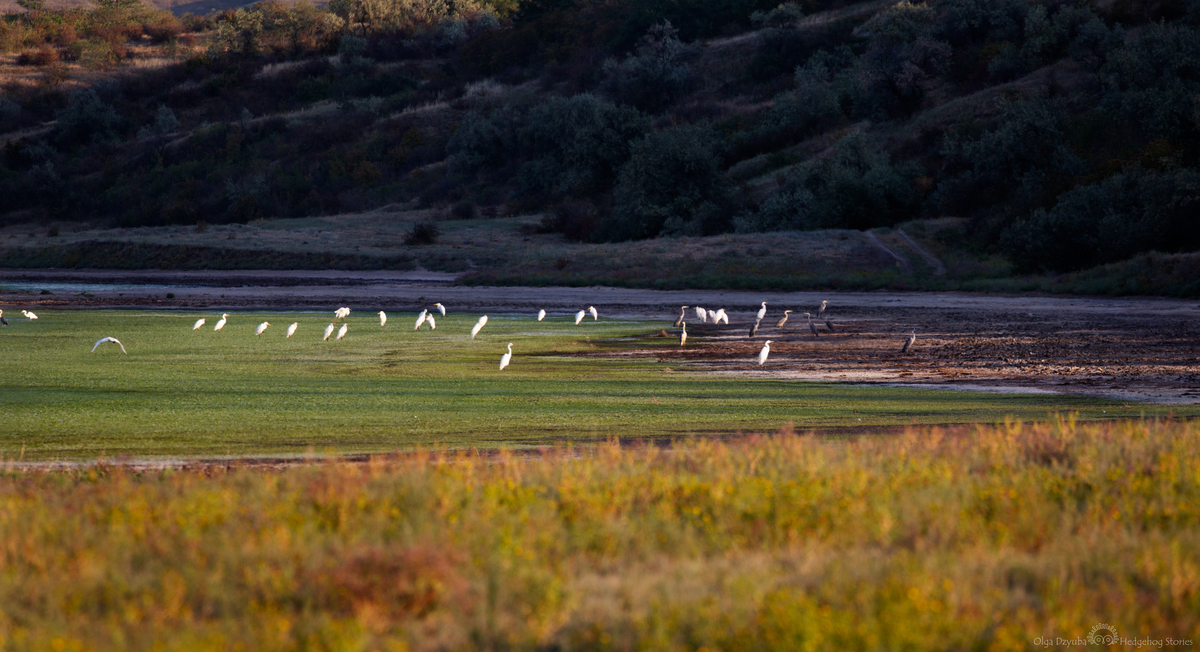 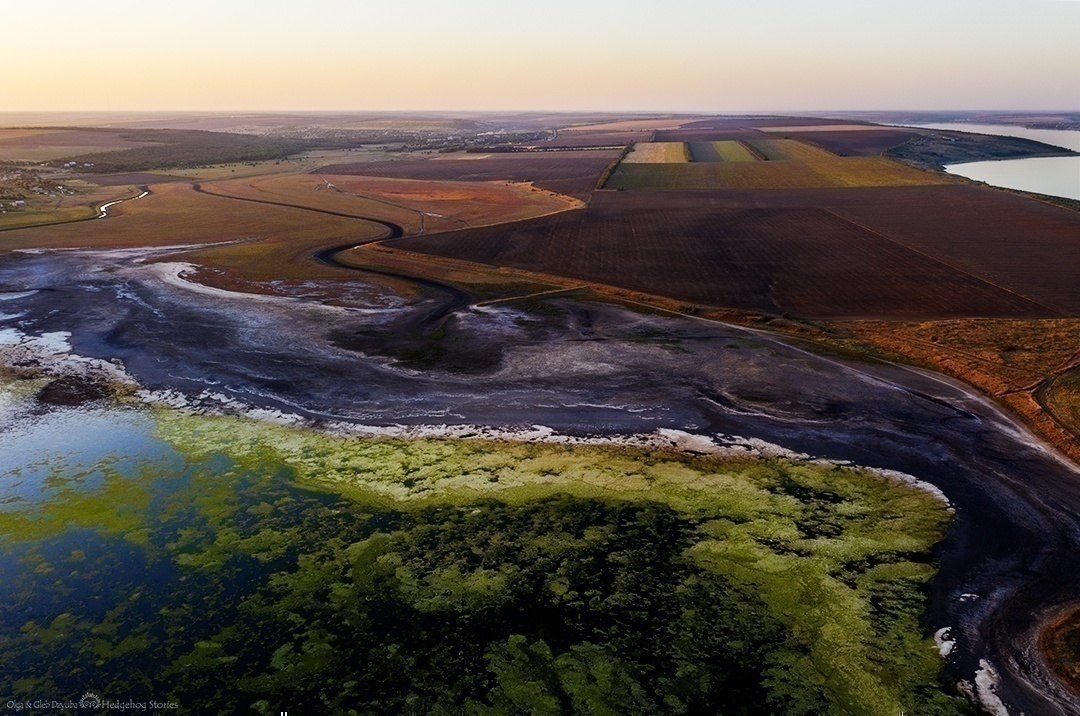 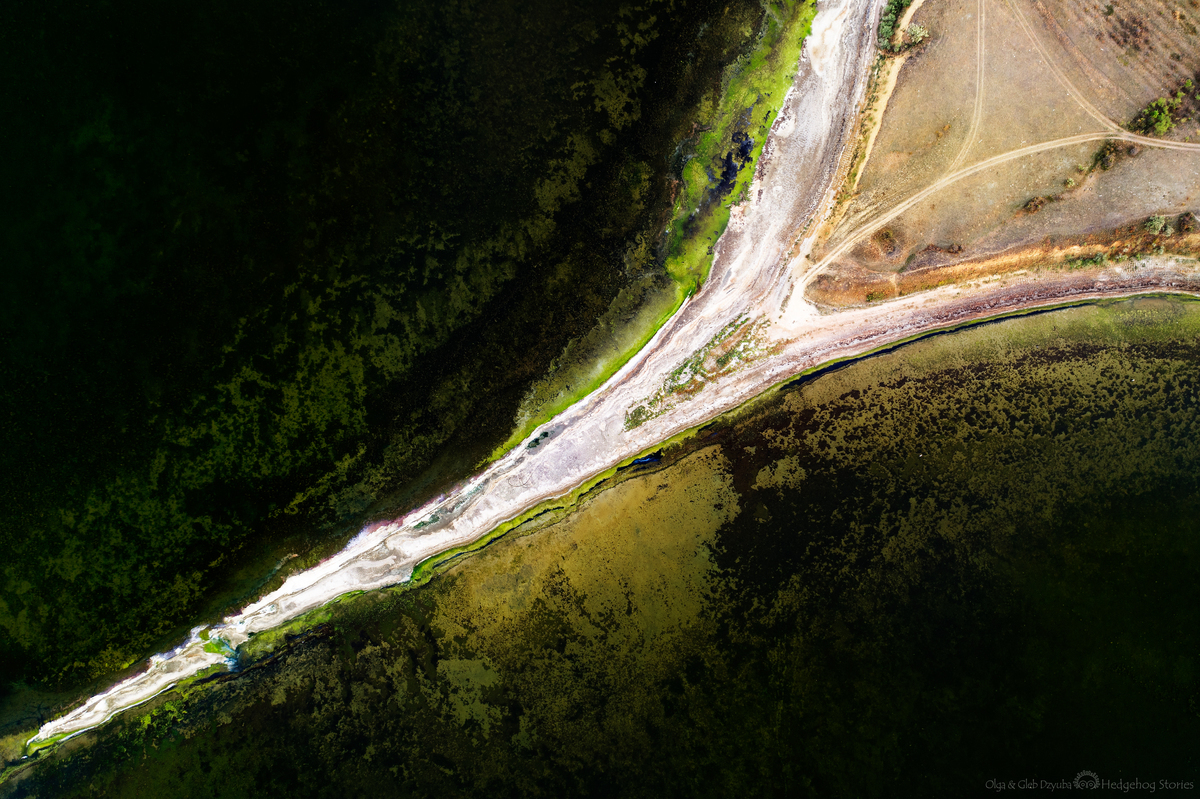 The only thing is that the birds (I think they are white and gray herons and someone even smaller) turned out to be very scared and did not let closer than 500 – 700 meters. But we shot beautiful landscapes and a huge horse (or who he is there)). 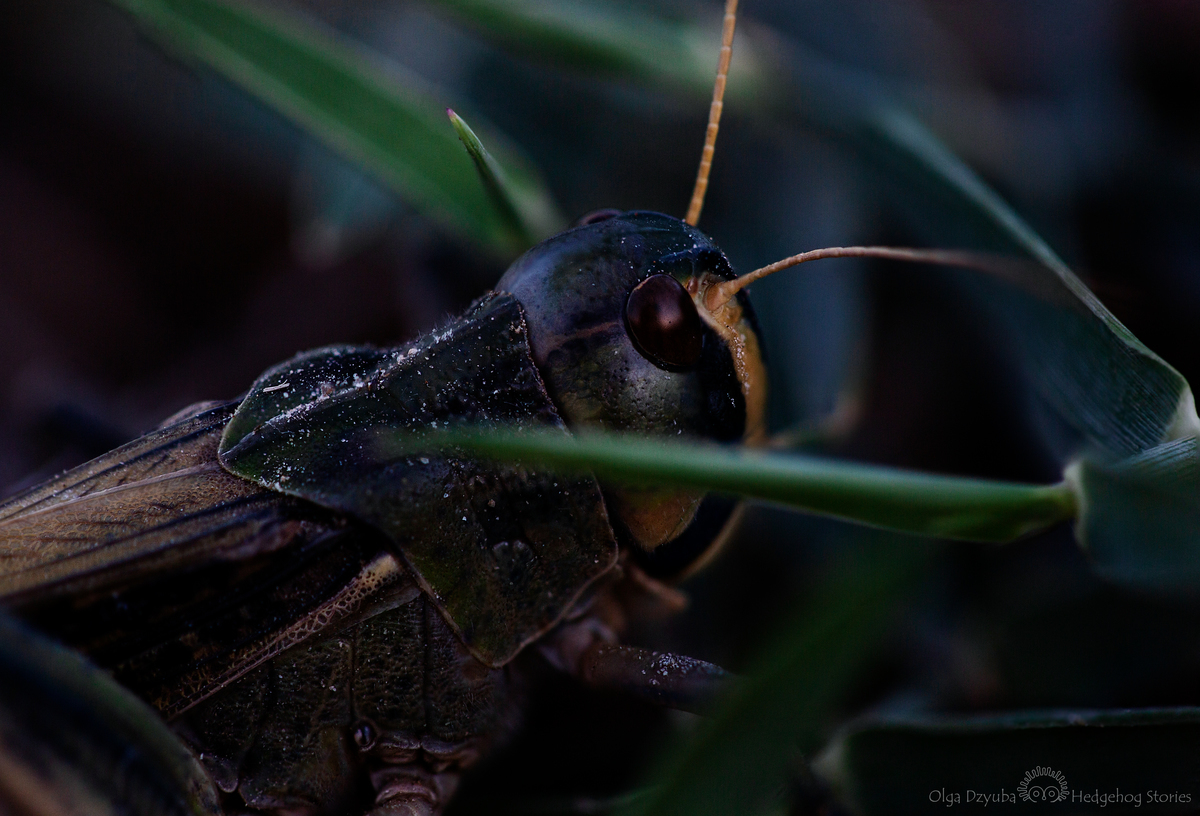 On the way to spend the night in Odessa, we discovered that the Kuyalnytsya estuary had turned pink and decided to carve out a day to visit it.
The next day we went to the lighthouse Shagany hoping to meet the birds and spend the night by the sea. We arrived in Rosseyka, most of the road to it is very new (in September 2020), and part of it classic – as after the bombing. Entrance to the village itself through a non-working checkpoint (or rather, a well-trodden primer around it).
The village itself is one continuous recreation center. There are a couple of shops and several cafes. When we arrived, most of the establishments were closed (due to quarantine), but there are still a number of vacationers. We were not able to find a working cafe, but managed to figure out how to get to the lighthouse. Navigation sounded like a path to the ancient treasure (a little straight, there is a barrier, then a little straight, there is a tree, behind him to the right along the fence, and then the steppe and on it to the barrier)))) but we found it! And we really got to the barrier near the Visit Center of the Tuzla Estuaries National Park. 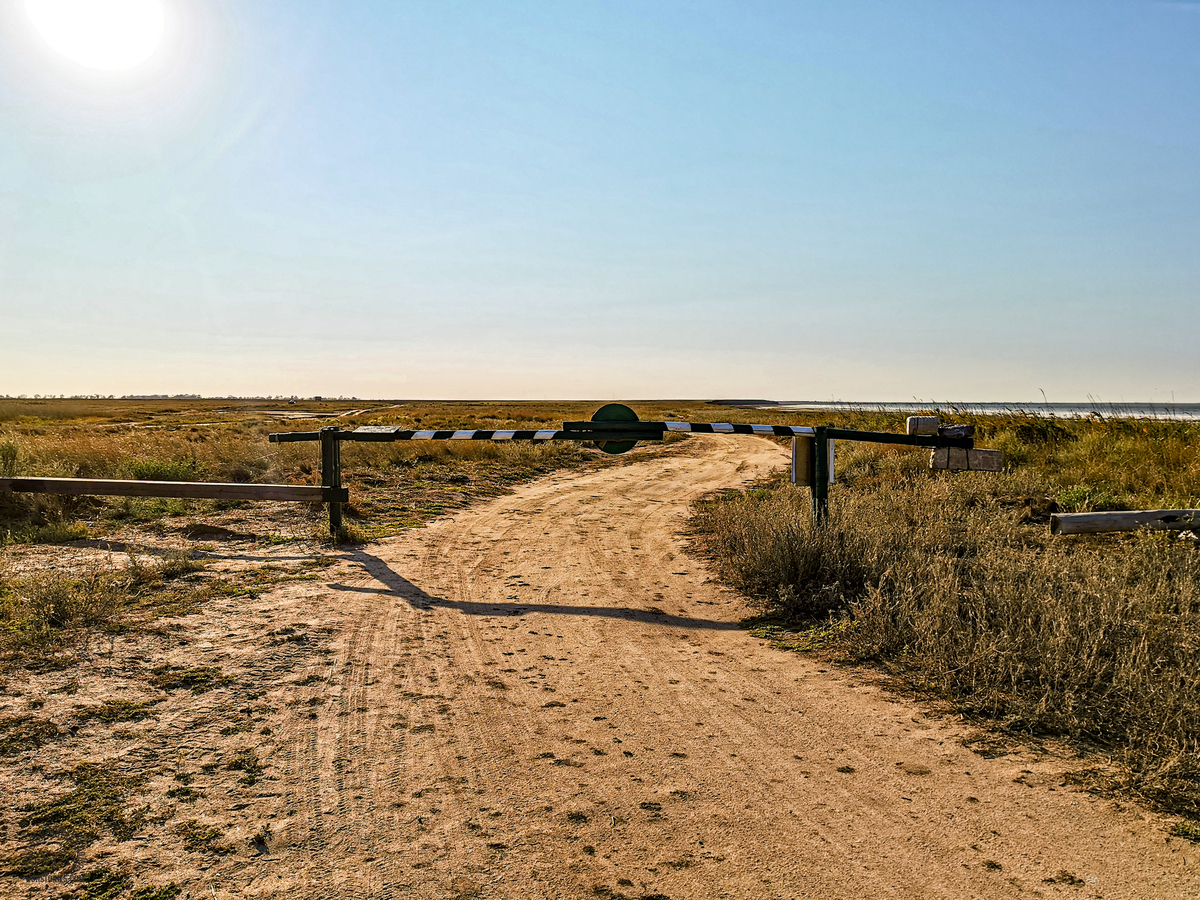 With great pleasure we talked to the caretakers of the park, heard the latest news about the struggle of park workers against poachers. This difficult and unpleasant story has been going on for some time. And it seems that now it already will have hopes for a successful solution. We went to the tower, looked through binoculars at who was flying where now. At the same time met with four-legged residents of the center)) 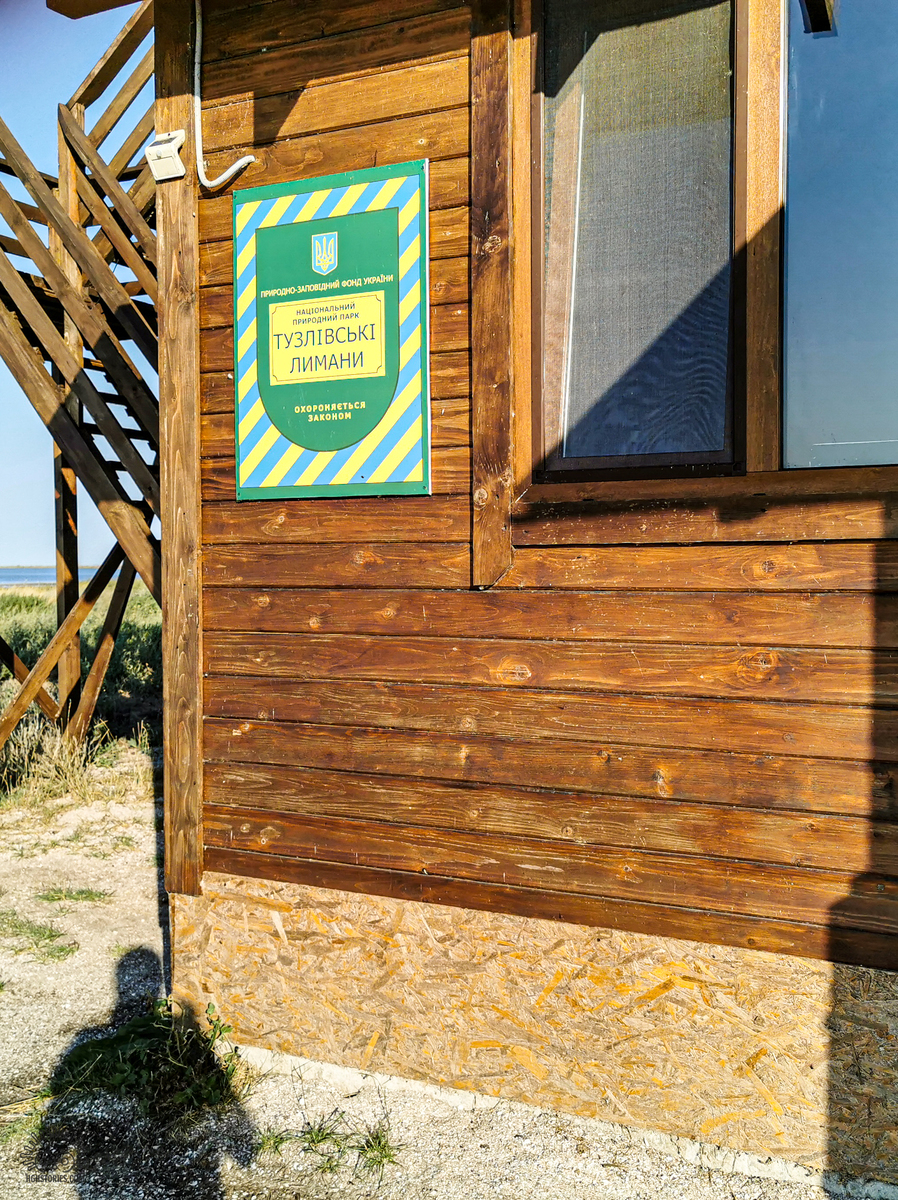 We were told where to put up a tent, where bird watching points are and we went to set up camp. Parking №3 near the shore was chosen for the parking lot. The parking lot is cleared of reeds, very convenient. To our great joy in the parking lot was much less biting flies than in the steppe and on the shore)) 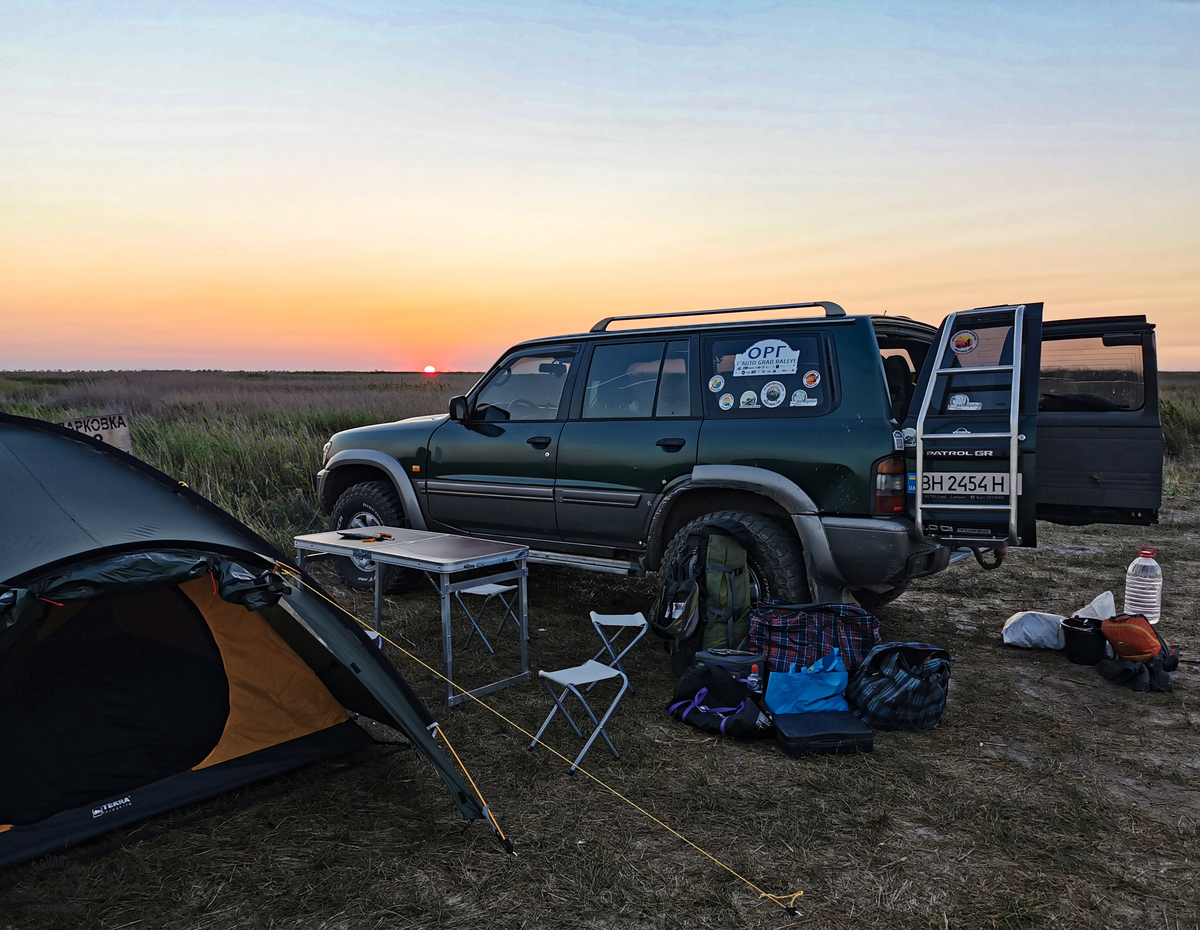 We went on a reconnaissance, looked where we should go early in the morning, had dinner and sat a little on the shore. 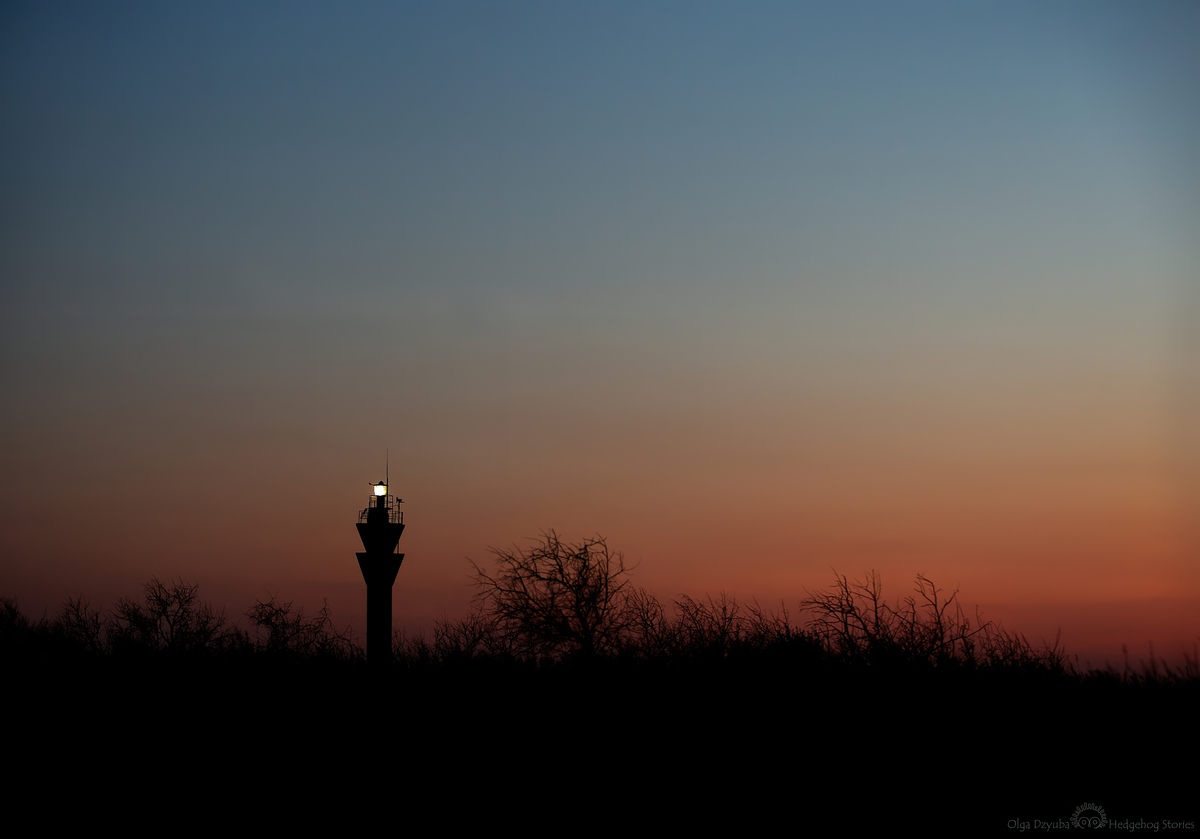 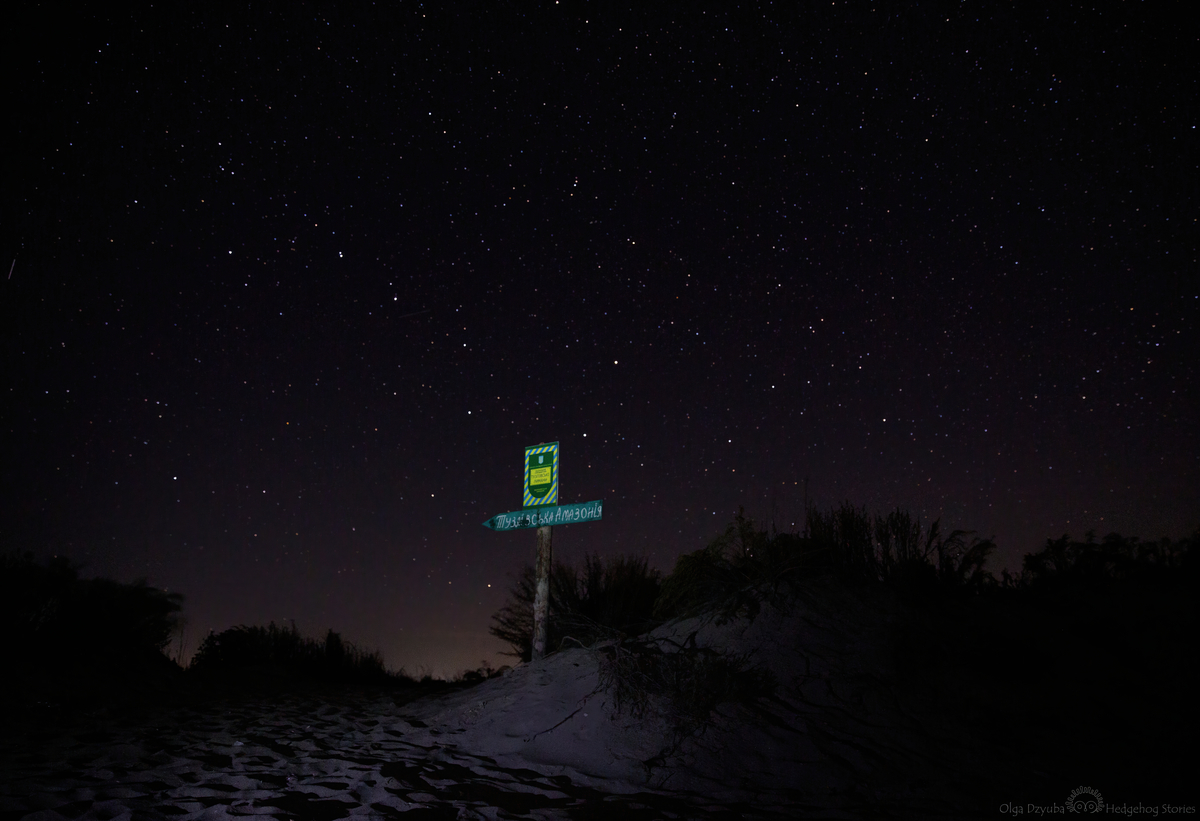 We got up in the dark, dressed warmly and went to the chosen place. 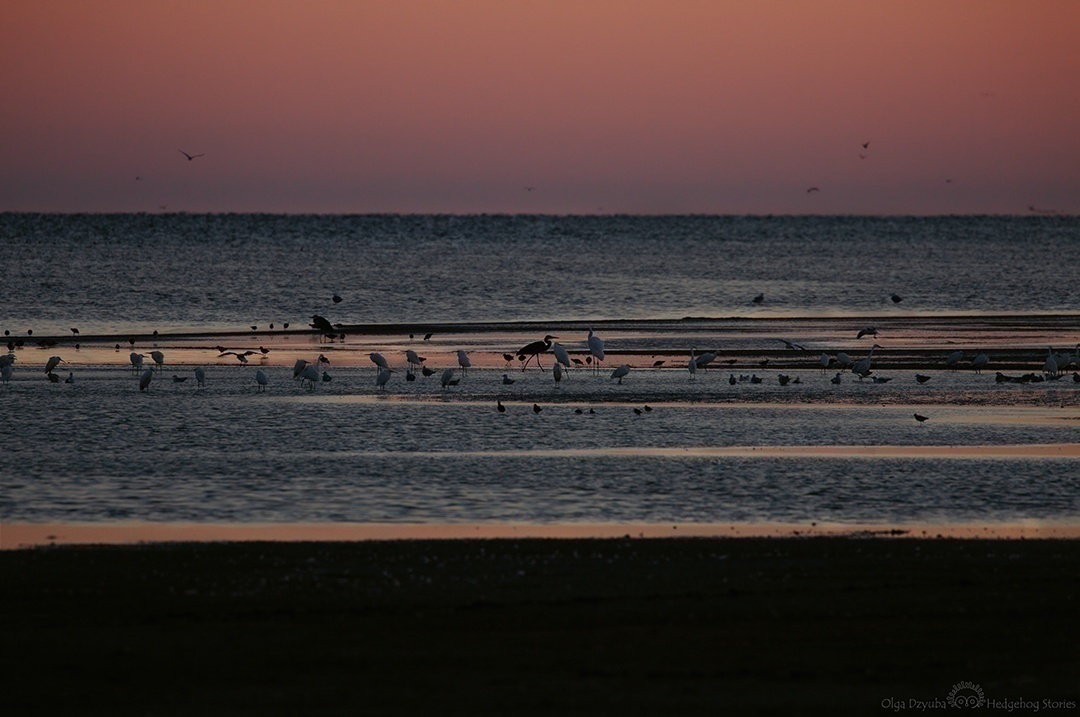 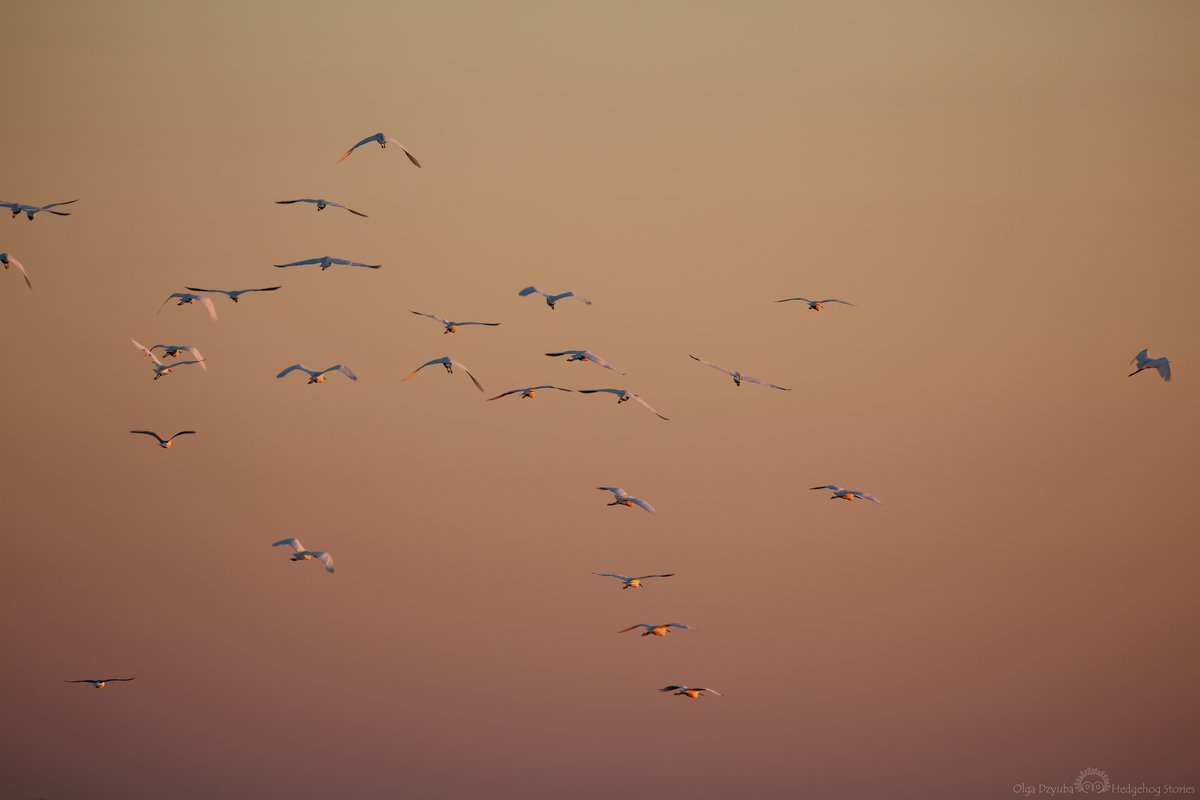 We got to the observation bungalow already at light, as interesting shots began to meet on the way to the destination)) but we still went and saw what was inside. 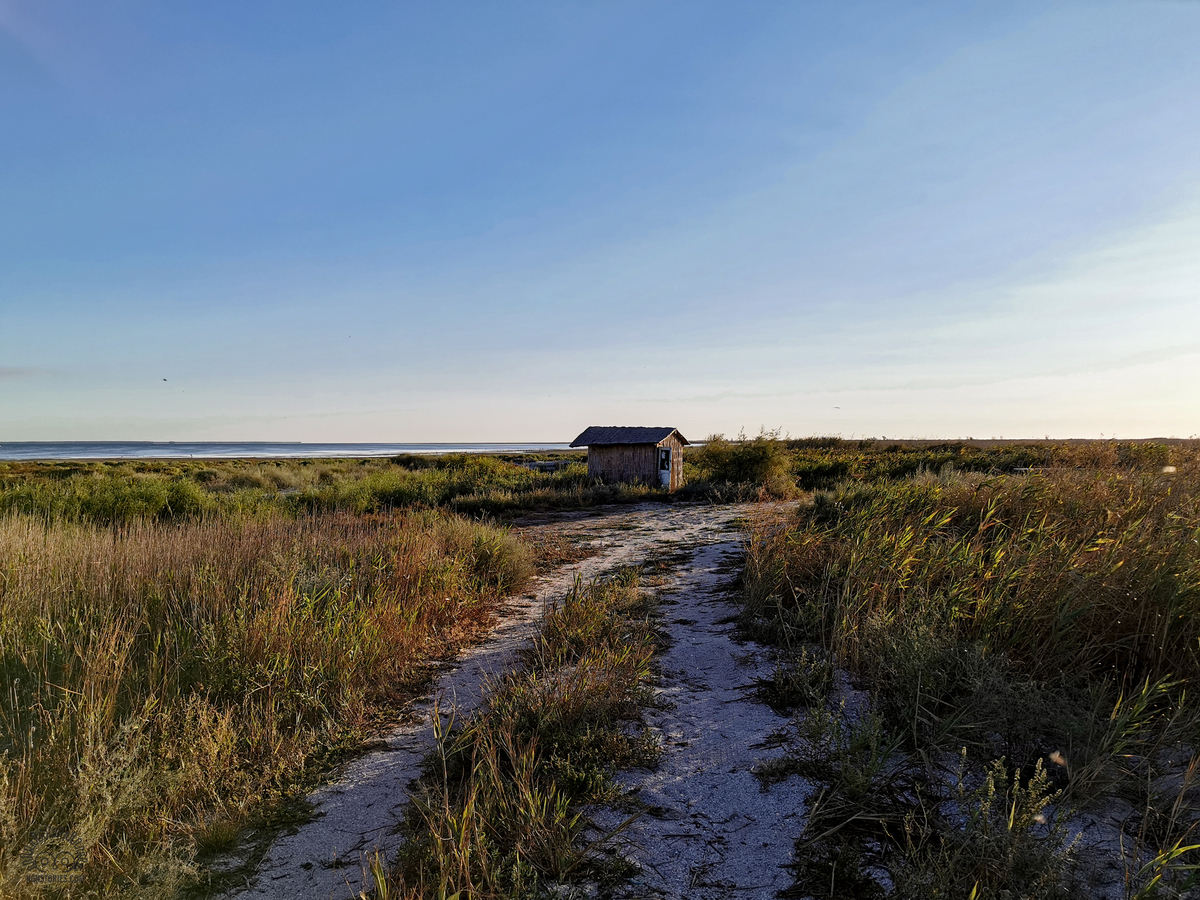 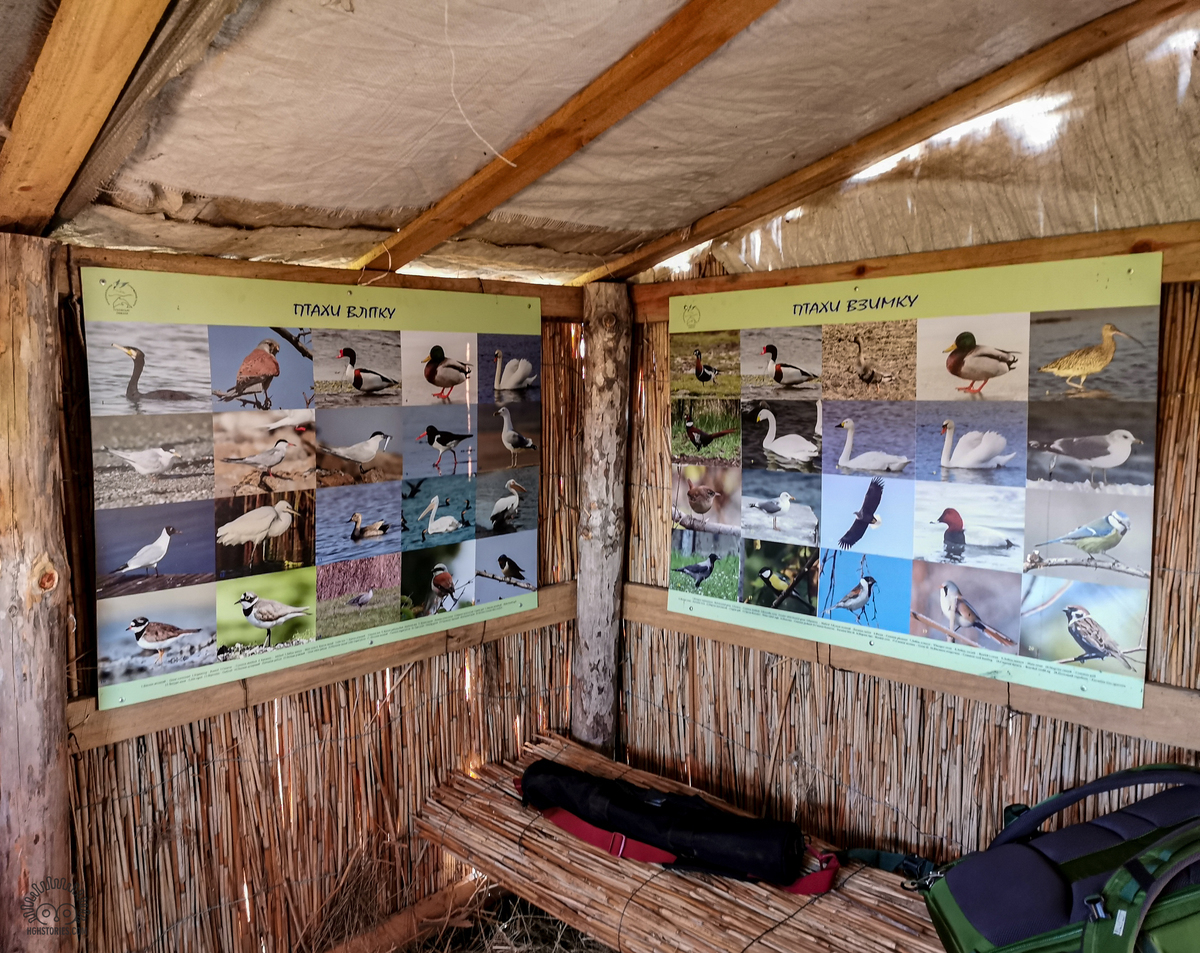 Clean, quiet, cozy, although very simple))
And then the long-awaited coffee and breakfast! 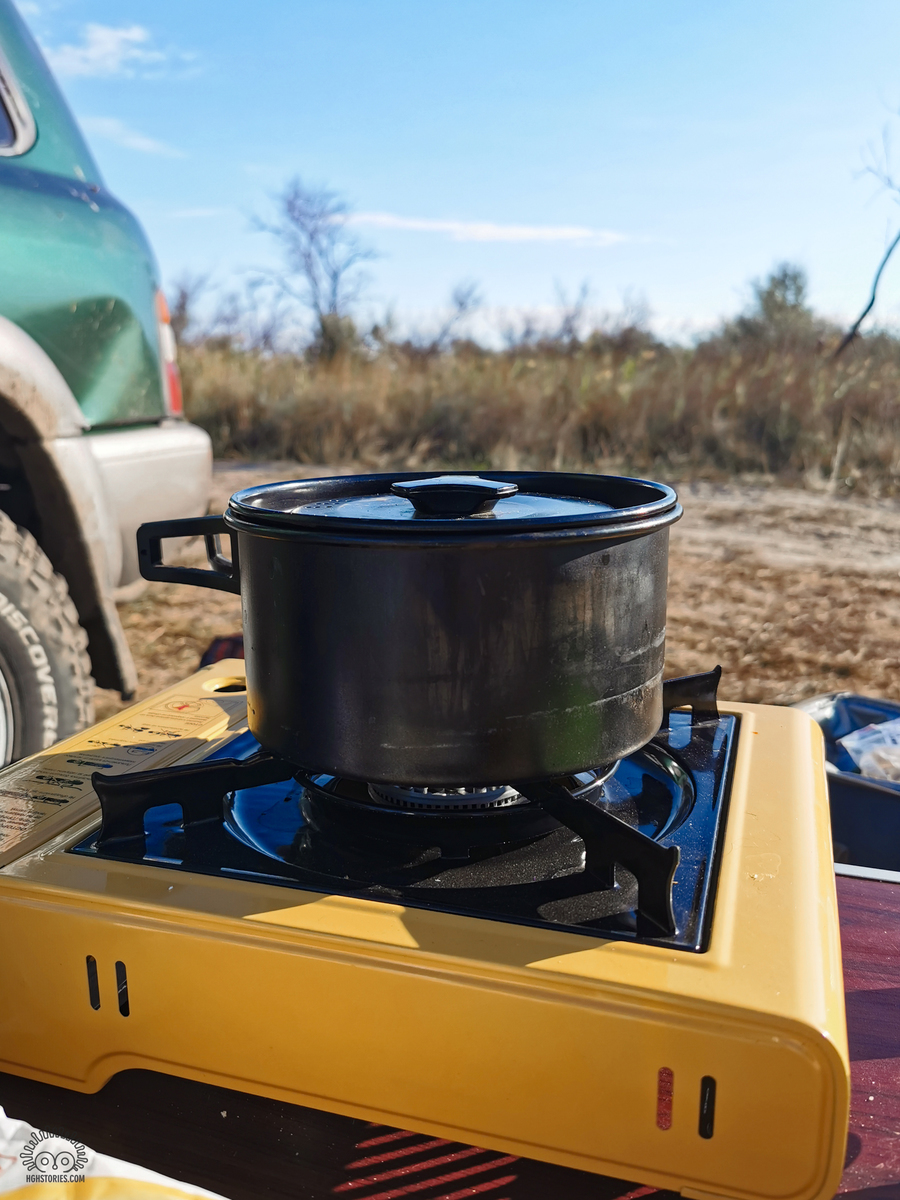 After breakfast, I decided to go around the beach and see who still lives here, except the birds. And it turned out that in addition to biting flies, there are still a lot of spiders, which in large numbers entangled almost all the vegetation. 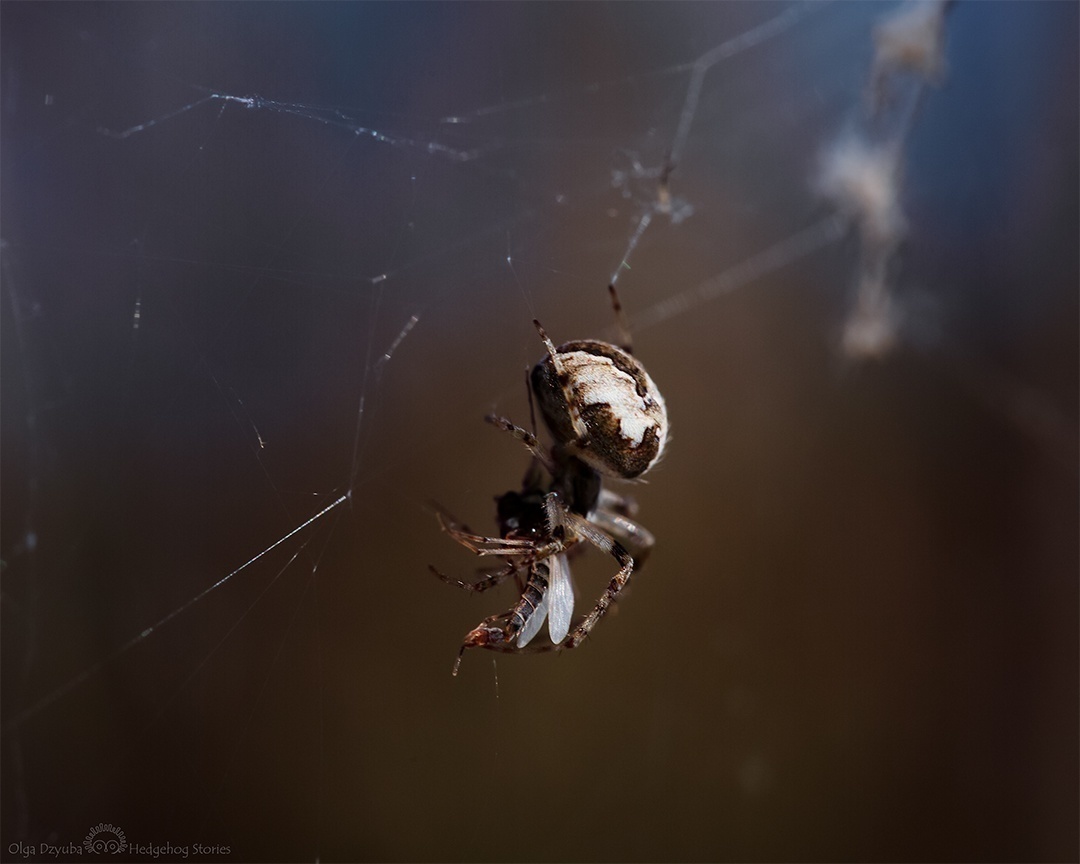 Unfortunately, pelicans were somewhere else these days. However, there were many other interesting characters)) Before returning to Odessa, we once again went to the Rosseyka to see if there are pelicans, but there they were not.
The next day we went to the Kuyalnytsky estuary. 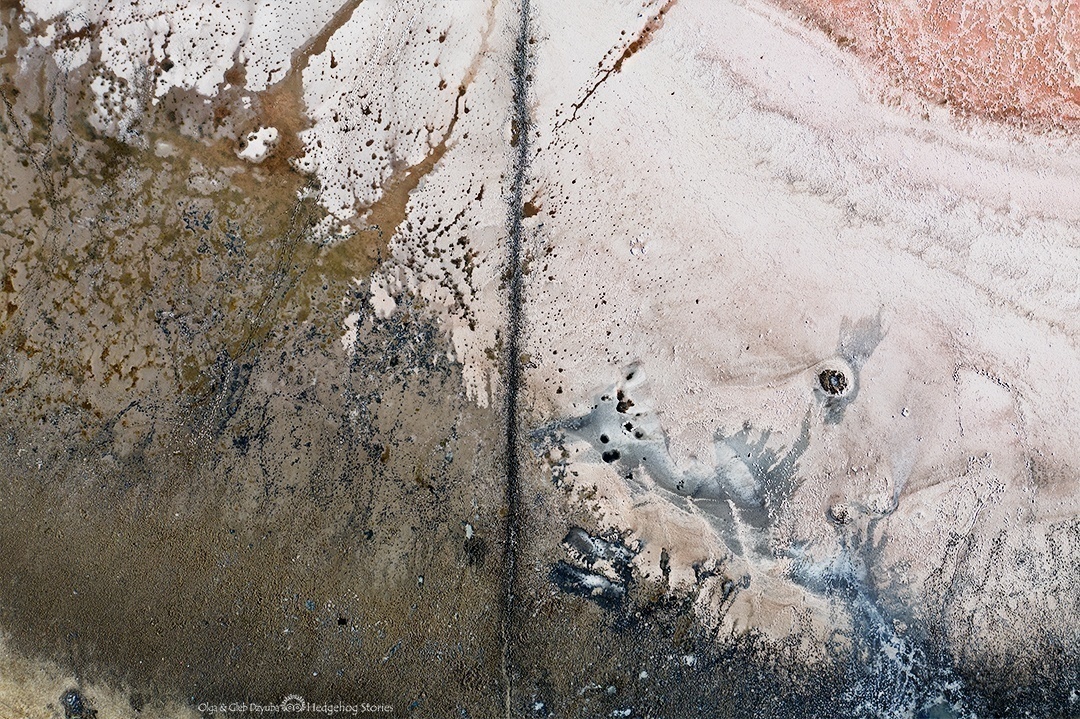 In addition to fantastic landscapes and people engaged in mud therapy, an old ship was discovered (as if it operates and collects mud for medicinal purposes). 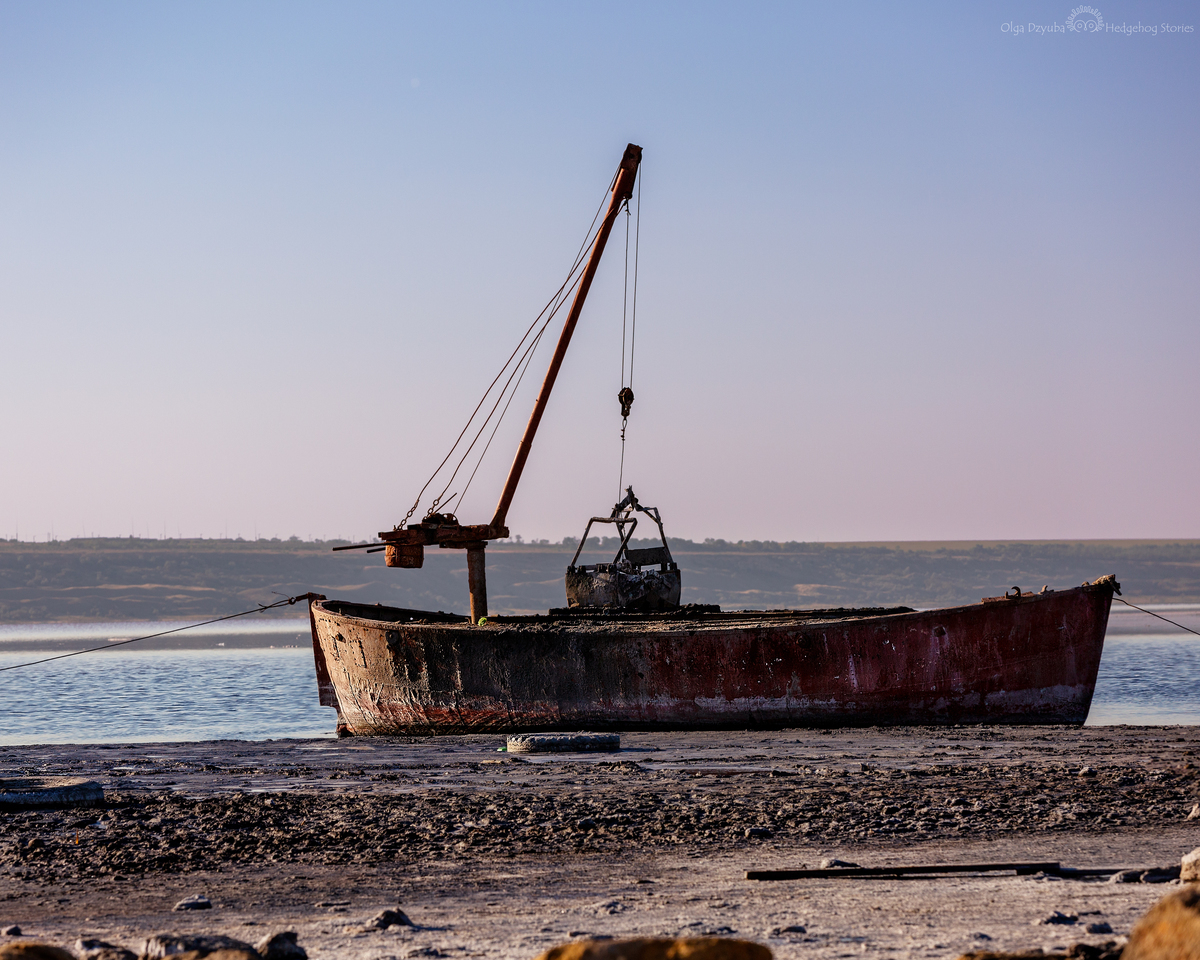 And a huge number of young ladies of different levels of clothing, who carefully filmed each other on the phones in the most attractive poses from their point of view. Honestly, there is a feeling of some surrealism when you stand in the mud and surrounded by half-naked squirming young ladies))) I do not condemn them and understand that Kuyalnitsky estuary is an easily accessible location with a trendy landscape)) But I was not ready for that ))) 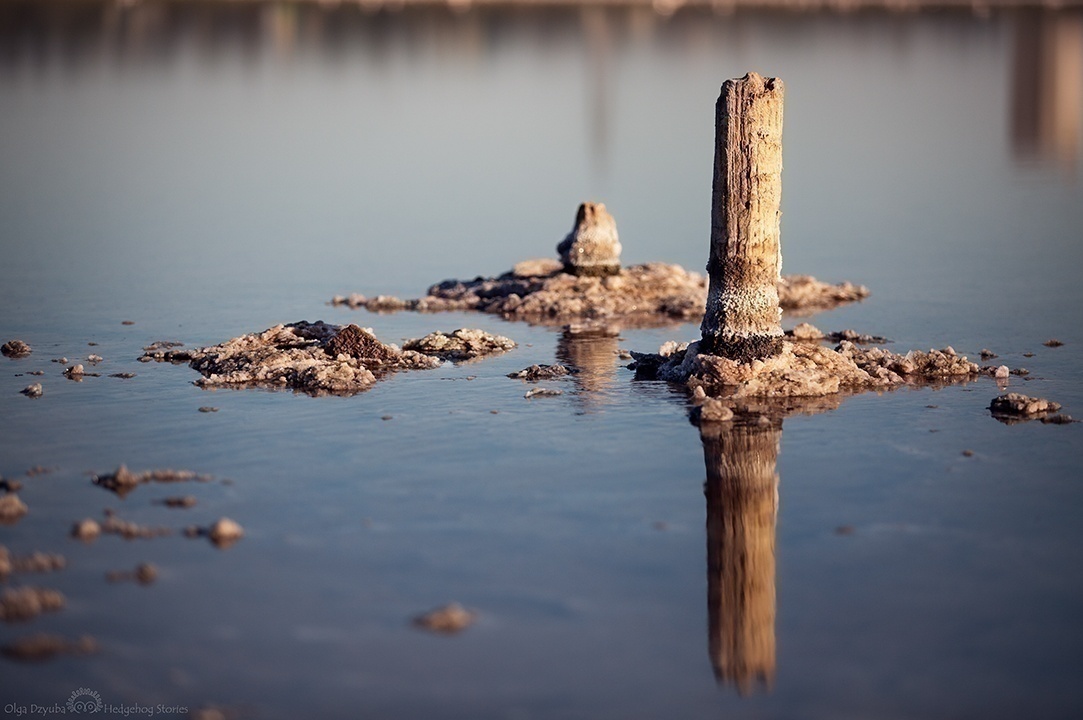 After a day of rest, we went home on the road through Kryvyi Rih, hoping that the hellish twenty kilometers had already been completed. This hope came true)) However, then there were many places where bumpers and signs have not yet been installed. In this regard, in some places it was not clear whether you are driving in your lane, on the oncoming or even left the road. We even came back a couple of times. But it all ended well)) Next season we will definitely go to the estuaries again))