When the time has come to acquire some new tyres, my friend and I headed to the car market.
As we found out, we’ve decided to do that somewhat late, since NIVA and VAZ drivers had already bought everything fitting my size (215-235/70-75/15). All that could be found at the moment fitted the 16 disk only. Well, I’ll act smarter next time)))
Nonetheless, we managed to find suitable shoes in the end)))
It was a huge surprise to find out that there is some altai factory which produces car shoes ))) So here it is – the Altai tyre 215/75/15)) 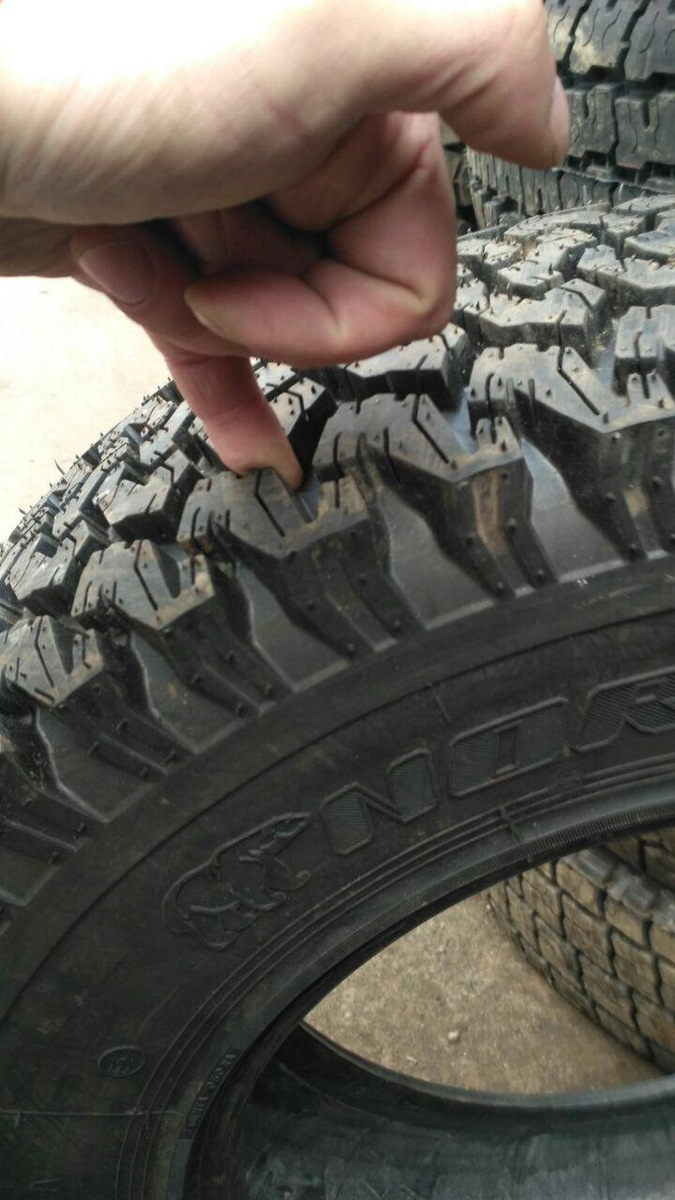 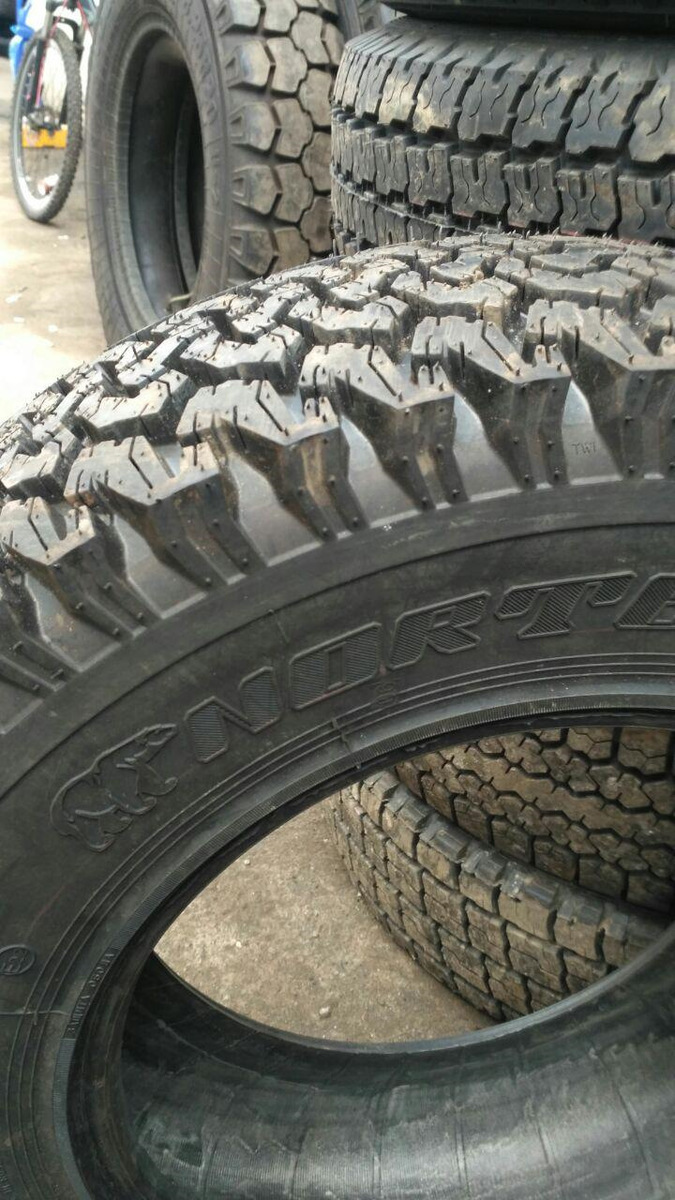 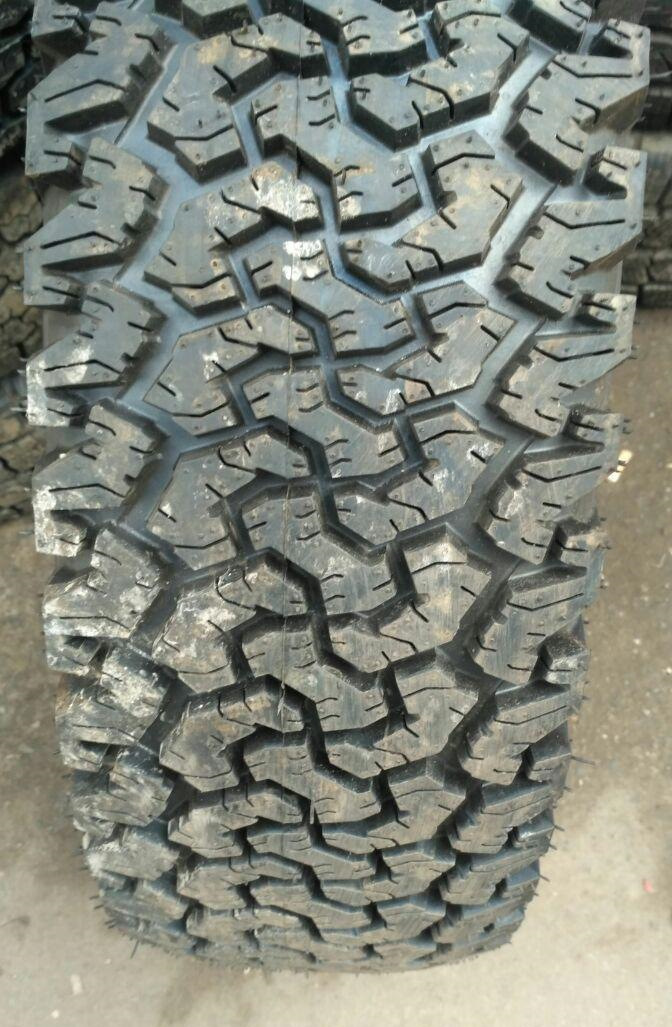 In addition we’ve got ourselves a jack-screw))) 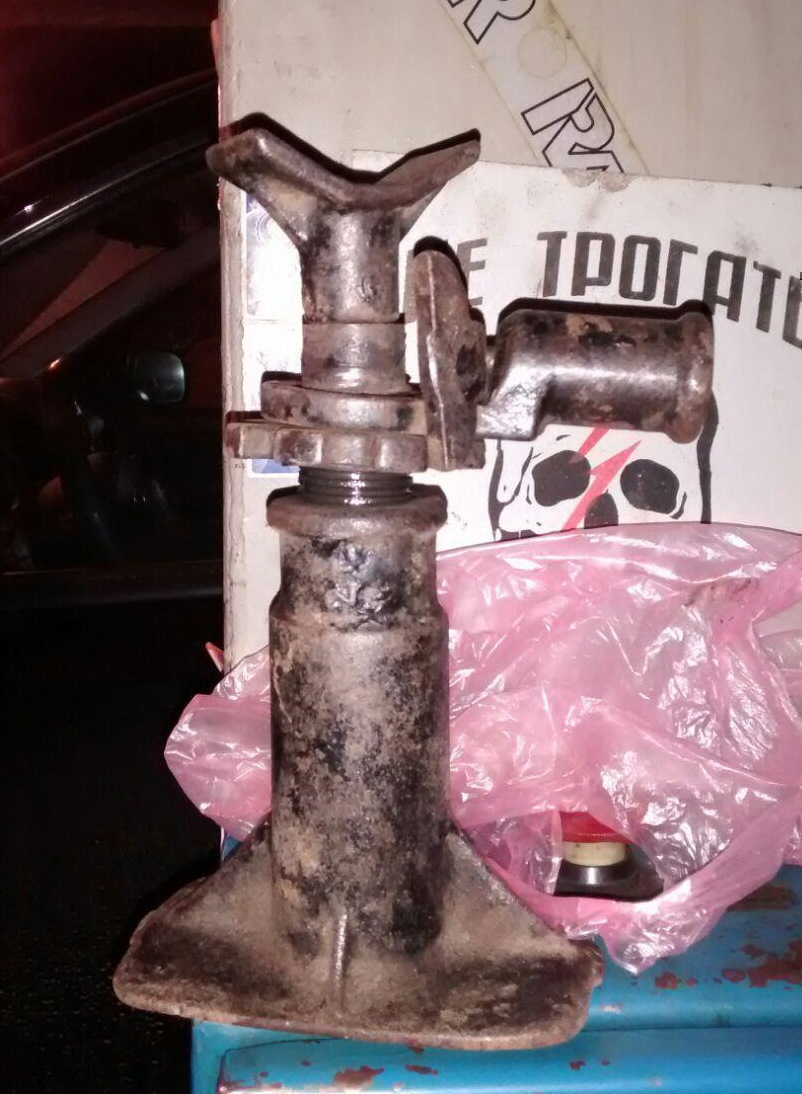 So, we put the shoes on, balanced them out and gathered up for a test-drive. It was March 16 – that is, everything was muddy and the weather was extremely cold – just what it takes to have a good test-drive)))
Just a minute before driving off we’d noticed a puncture((((. God knows where we’d managed to get that. And if it weren’t for side observers, who knows when I would have noticed that. Well, we took it off, and got it fixed.
And then we moved off to the forest with the entire honorable company of 6 (and with the 61st Patrol). We’ve been there before and nothing predicted any problems whatsoever)))
As usual, the adventures started with a phrase “why don’t we take a look what’s over there…”
And so we did)))) A 300 meter downhill with a slope jump from 20 to 50 degrees; in some places a side slope was present as well, and of course it was not a simple and straight one, either. The chernozem (“black soil”) was like thick sour cream and 20-30 cm deep…
For the one thing I appreciated that I didn’t move down a single cm when I was facing down in the middle of the hill on a parking brake. I was not the only one in the car at the moment. I was waiting for the Patrick’s crew to overcome the turn down the hill. The 70 degree turn in a hollow being followed by a lift))). There was also some breastwork at the outside radius made of mmm… let’s call it mud and sticks which resulted in losing the back light.
A bit later the route granted us with a bridgehead for a U-turn. I had honestly tried reverse turning at the hill but the result did not suggest any hopeful thoughts. It was simply a nonsense without special mud tyres((((.
And then we’d been trying to get up the hill. For many hours.
My Babe was taken up in about an hour approximately. I’d never redlined the engine up until the rev limiter worked off before. If it weren’t for the 3 elk powers in addition to the existing horse ones, I would have been sitting there all the way until the warm days would come. Yes, everything does turn into the experience. And my gratitude towards my driving and off-road teachers and mentors has no limits now. Mud drifting and slaloming is fun but somewhat dreadful. It’s my luck that the arch extender was the only thing damaged, and we fixed it back up after washing the car.
Patrick had a different situation; it took more than 3 hours to get him out, since it was crucial to have the car in decent condition afterwards. In the end, it had to be strapped by a high-jack with a dynamic strap. It was a good thing that we’d had it in the car. It was an incredibly tiresome and ungrateful process. Well, we’ve got to be thankful anyways. The arch-extender also gave up and added up to the list of losses along with the previously broken back light.
I have to tell you that we hadn’t planned to get into such an adventure at all. We only wanted to have a bit of a mud puddles test-drive and go back home. There were 2.5 absolutely civil passengers with us. The people fell into a stupor and could not help us at all.
4 am came along with a fog. A milk-thick fog – nothing could be seen a meter away from the car.
We managed to get out at 5 am…
And the next day the car gave me some joy. The battery died. I got a bit sad at first, but then I realized just how much my car loves, cares, and appreciates me. It did not happen in the forest)))))
Then, the big washing day came))))) The two cars were being washed for 6 hours. Five people involved.
We did test the tyres, check our wits and receive some experience, though )))) 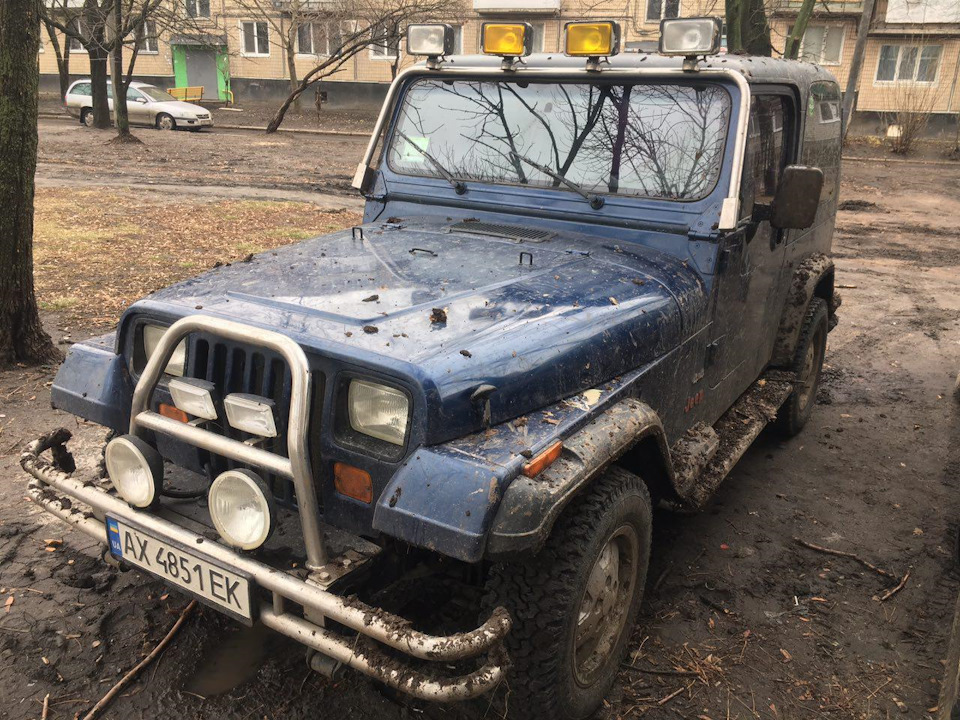 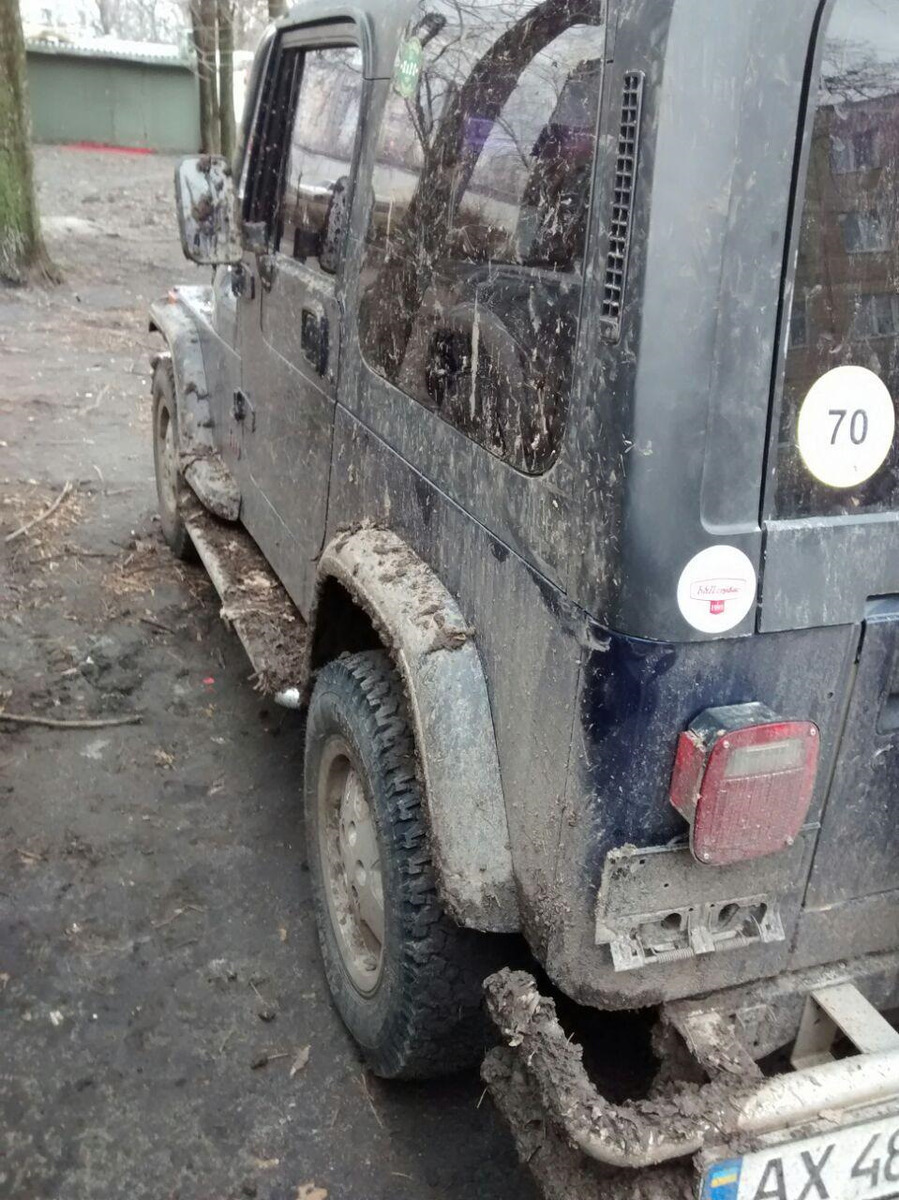 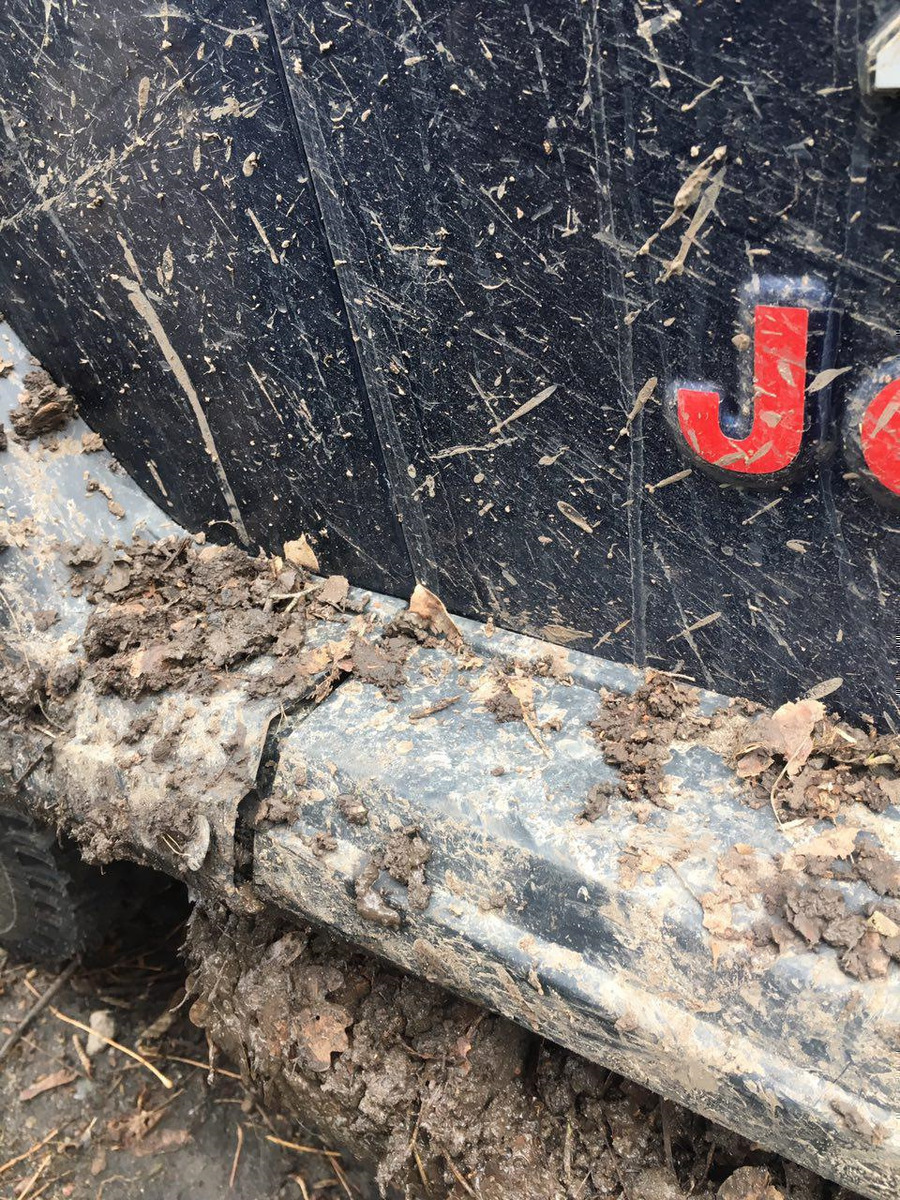 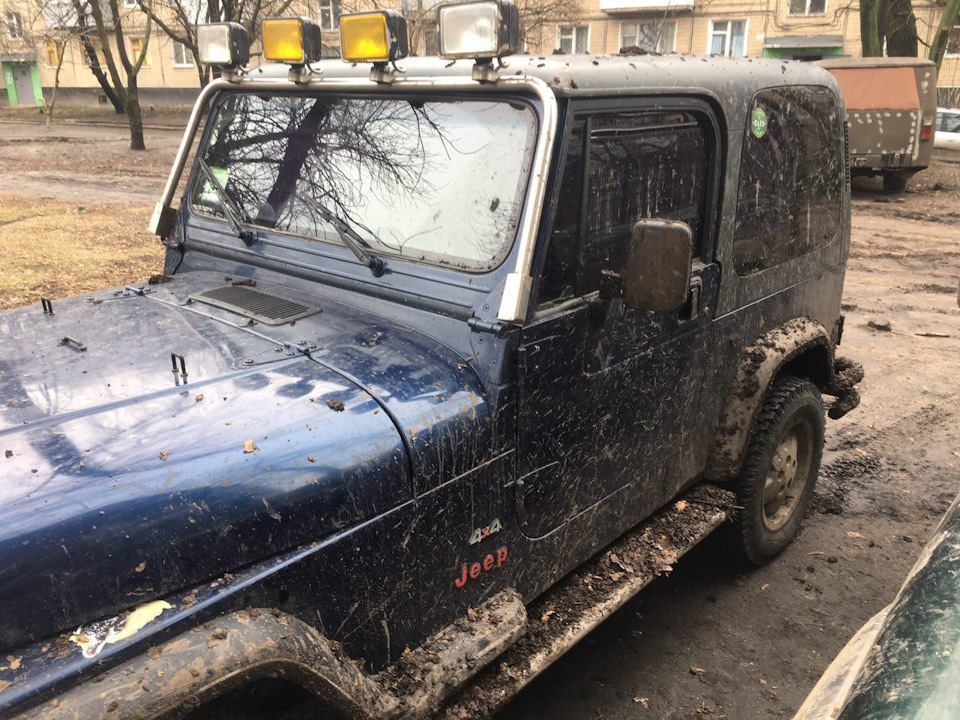