Old mills of Ukraine. Part 6. Beauty and horror in Migia.

Today, we had planned to visit two locations and spend the night in Migia before the road home. There were two “buts”. The first is that in Migia there were no places in any hotel or in any flophouse. The second – the prices and service there are simply sky-high. But the prices are “sky-high”, when the service is full “ground-low”. And we were convinced of this upon arrival .. Therefore, we decided to go home after Migia, if nothing will happen.

So, Lupolovo. The old mill.
The village itself was founded in the second half of the XVIII century. It passed from hand to hand several times and at some point it was in the possession of Konstantin Smirnov. He built a mill, which seems to have worked until the eighties of the last century. And the work stopped for no longer the original reason – it burned down. 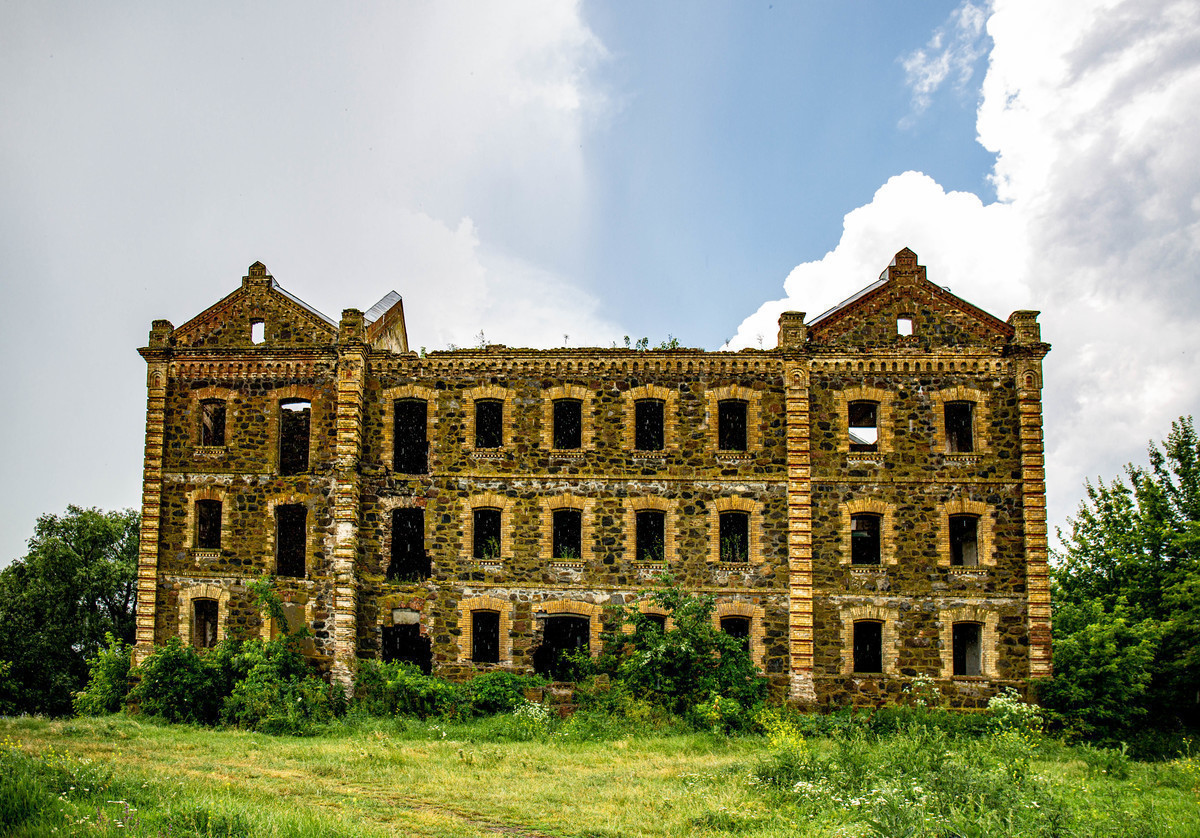 We were lucky throughout our expedition – the weather was sunny and dry. But today, the heavenly office decided that it was time for us to end the trip. The road to the mill itself is clay, it is raining outside. We arrived and sat. I took some pictures from the car window. The drone cannot be raised. While we were resting, the rain came to naught and we flew a little. Thanks to the same office for the five-minute break. 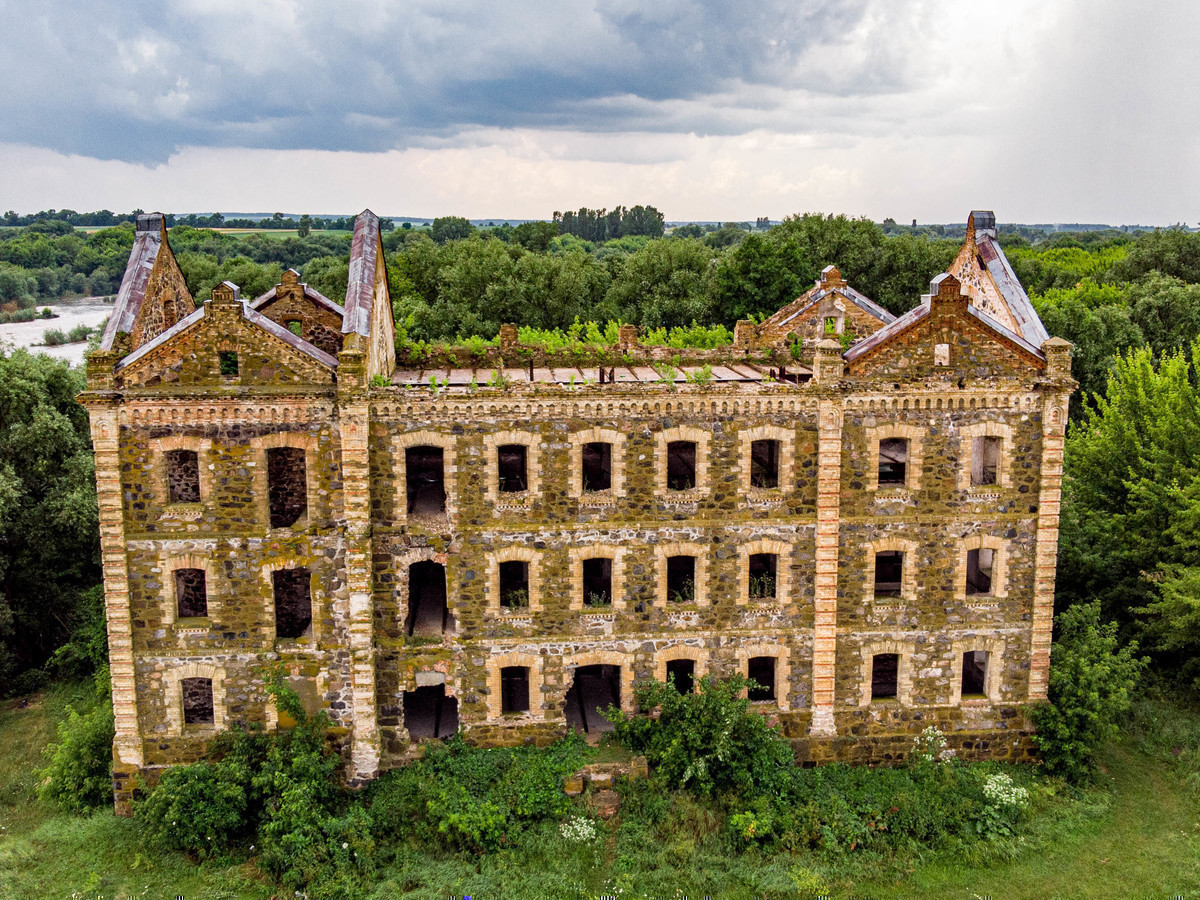 And immediately after landing, we quickly packed up and drove back through the wet clay, but already with all-wheel drive.

We were afraid to go to Migia because of the weather, but decided that we would come and see what was there and how was it. When we arrived, the weather was quite bearable and we decided to eat, and not drive quickly to the objects. Restaurant-hotel “Mayetok” was found near the road. This place has very active advertising. We decided to eat here, as we had no intention to look further. That was a great mistake!
Coming inside – a crowd of people and nowhere to sit. We found a table on the balcony. After a long wait, the one, that was left holding the bag, was sent for the waiter. It feels like they are doing us a big favor – reluctantly a girl with a menu appeared, laid it down and left. Checked the menu – not cheap, but not critical. We were waiting for the girl – if she by any sudden will remember that it is necessary to come to accept the order. She didn’t remember. Once again, the “chosen one” was sent. Another waiter girl came, but even more dissatisfied with everything.
To sum up: disgusting food – tasteless, cooked on an old oil. But! All laid out and decorated in the style of haute cuisine. I had ordinary potato pancakes stacked in a curly pile with a bunch of some field plants. And by the way, yes -mouse peas give amazing bitterness in a salad – it becomes impossible to eat. Well, in the end, my pancakes and a salad with tea appeared to cost about 500 UAH … Even for big cities this is not a normal price tag. (I’m not talking about super-duper-elite establishments). Maybe I overlooked the small print from the series “Price for 50 grams”? The rest of our team were not able to eat more than half of portions at all – it was completely tasteless, despite the strong desire to eat. And yes – music is yelling to the fullest – you need to raise your voice firmly in order to be heard inside the building. It’s hard to imagine how people relax in their rooms. I personally was very glad that they did not have free places.

First we went to see the radon lake and the rapids of the Southern Bug. We are driving using the map, and stumbled against the parking lot. A lot of cars, people, kayaks. One trickle of people stomping in wet vests and hard hats toward cars, the other, still dry, moving the other way. A lot of people, standing in circles, with the instructor in the middle. People are listening and trying to remember. Information boards, fences .. It turned out that there was a huge camp for kayakers. There are basic living conditions and places for tents or tents for rent. Well, kayaks with equipment and instructors of all shapes, suits and sizes are also for rent.
Moving towards the lake, guided by the map, since there are no signs in this anthill. But they sell hot corn. 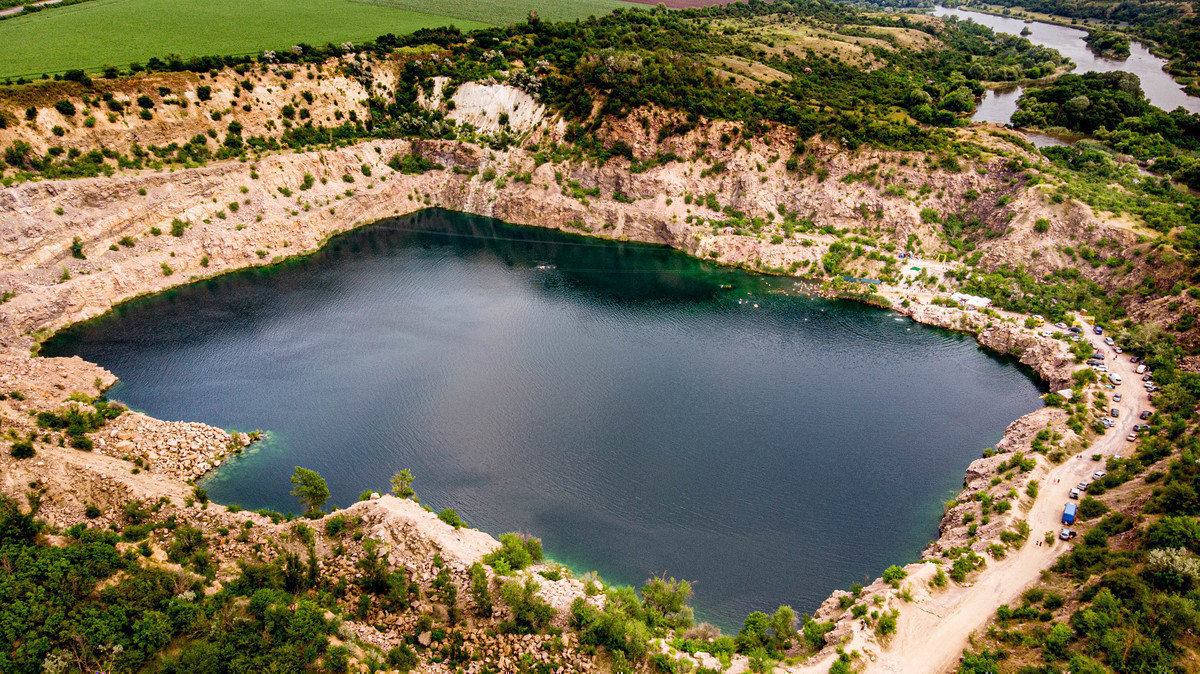 There are attractions on the lake, they teach the first steps (rowing))) on kayaks. Although it is believed it is not recommended to be in the water for more than 15 minutes, that doesn’t not stop most vacationers. Although I personally heard the instructor tell the next group that.
Then we returned to the car and went to the mill – there we will see the rapids. As here you need to go through the camp with a bunch of tents and the masses of people. 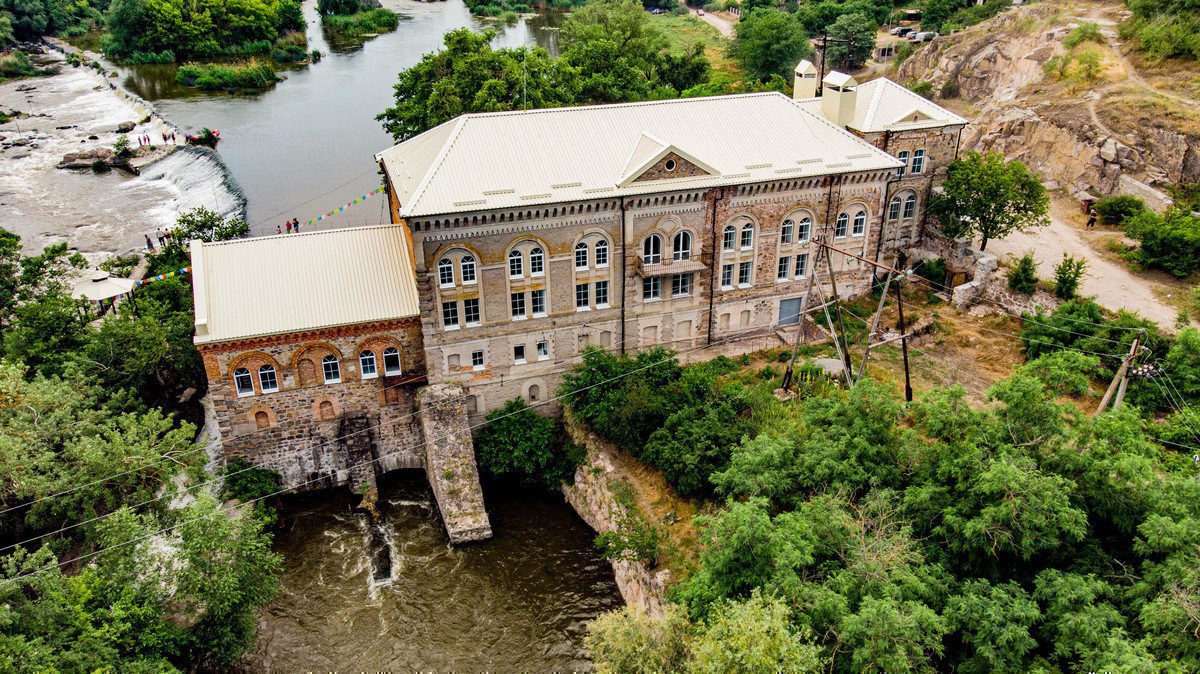 At the moment, a hydroelectric station is operating in the mill building. And it was built in 1888 by Joseph Skarzhinsky according to the project of engineer Vladislav Yaskulsky.
The mill is well maintained, there is a café (or it looks like) and an observation deck with a gazebo. 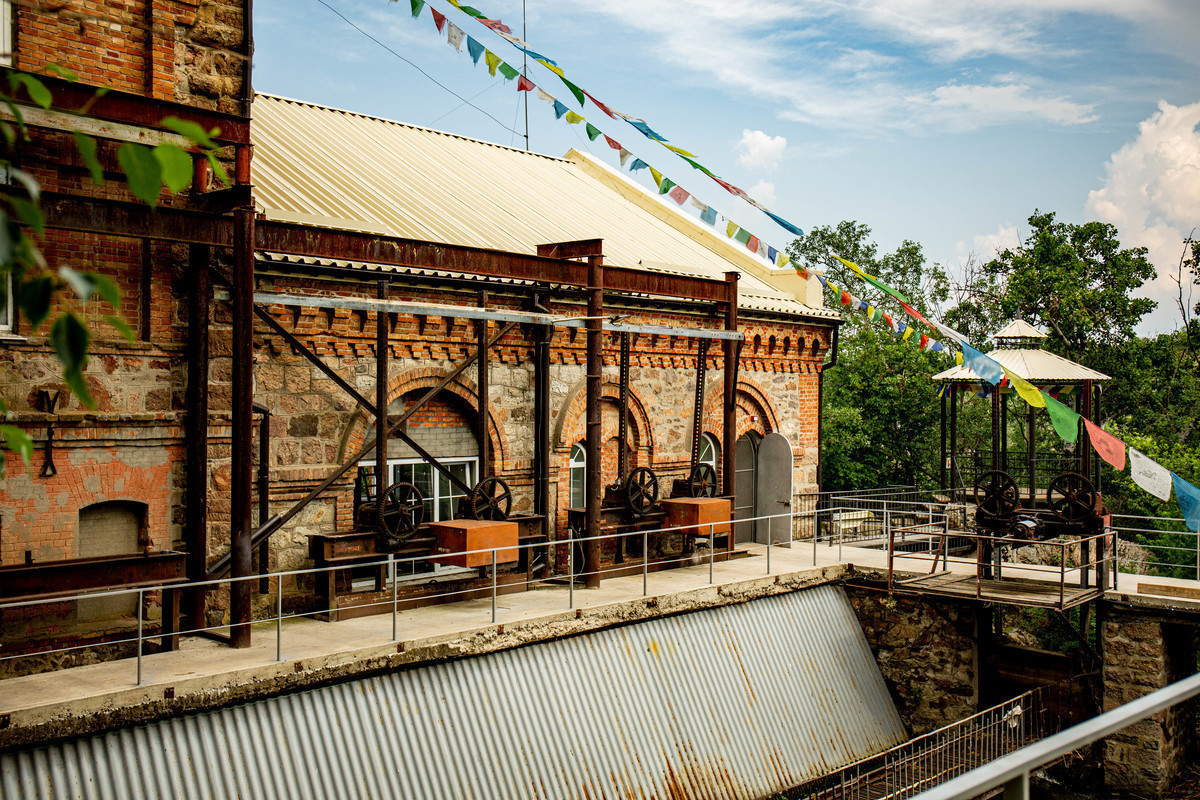 If you will go beyond the gazebo, you can walk down to the rapids. Brave people bathe here, the rest look at them with envy, some with horror))) 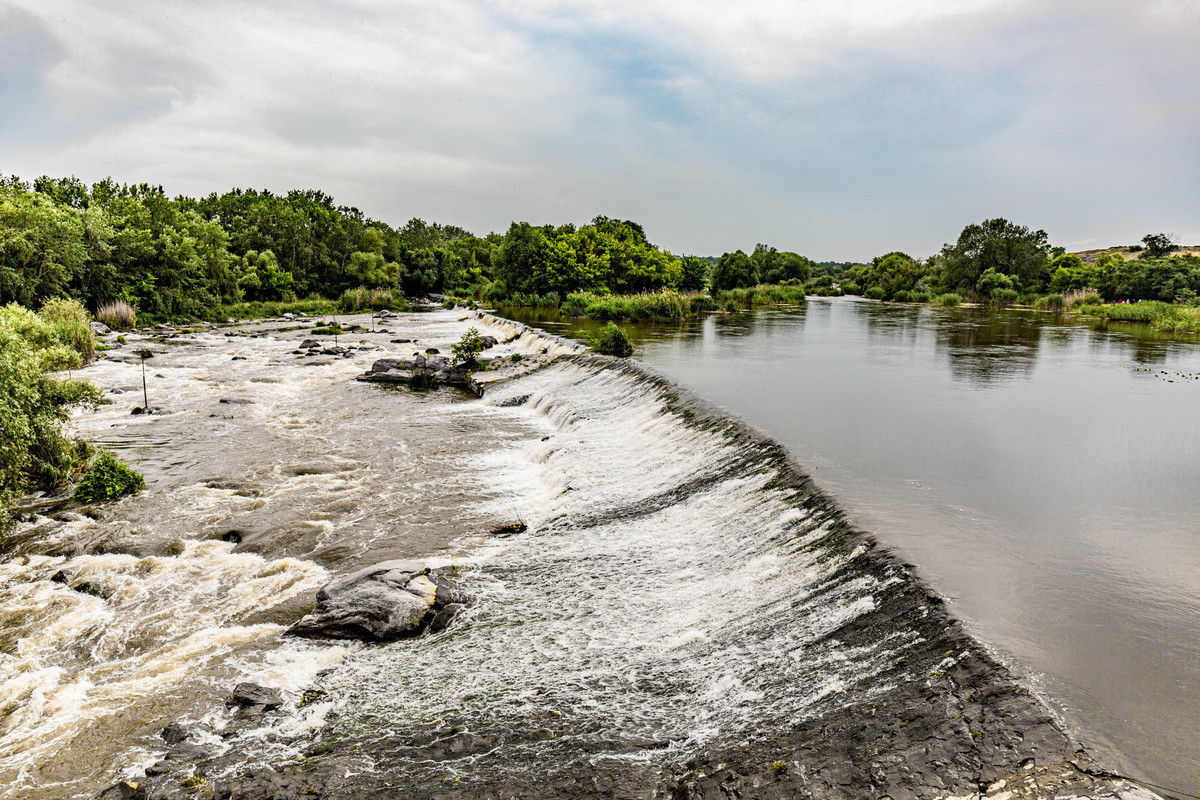 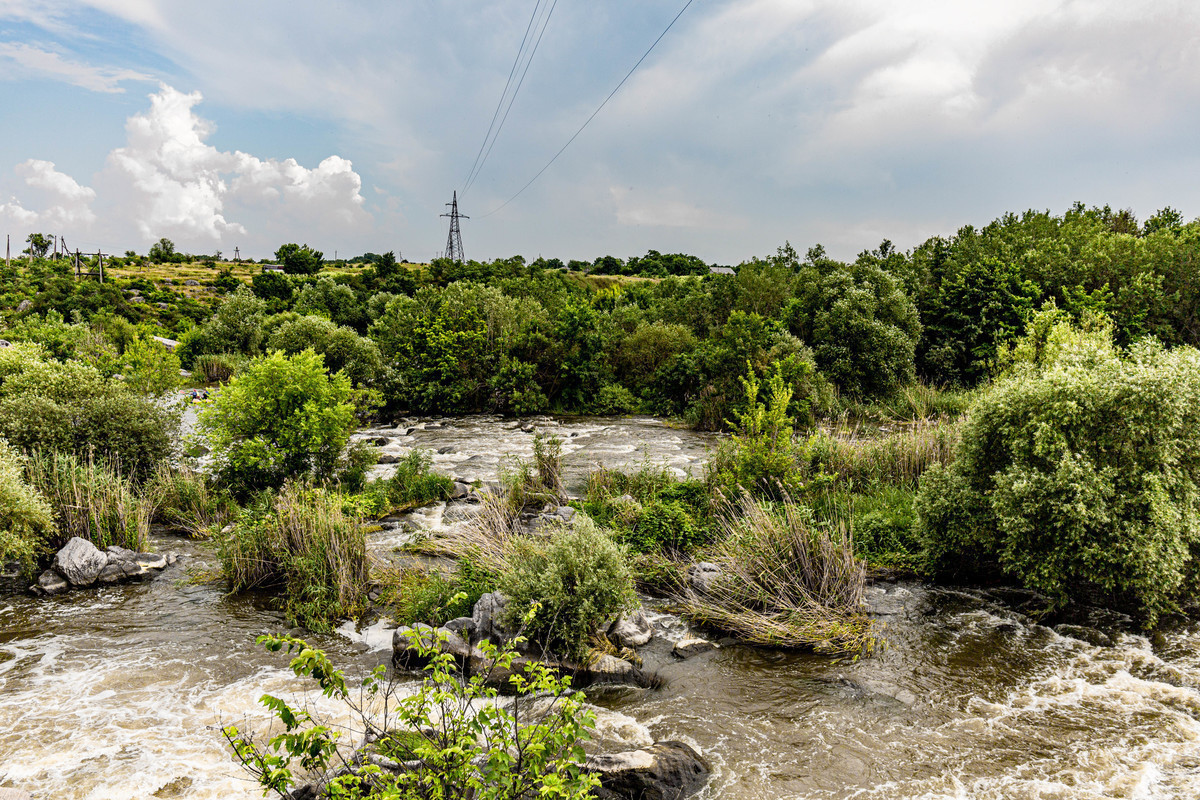 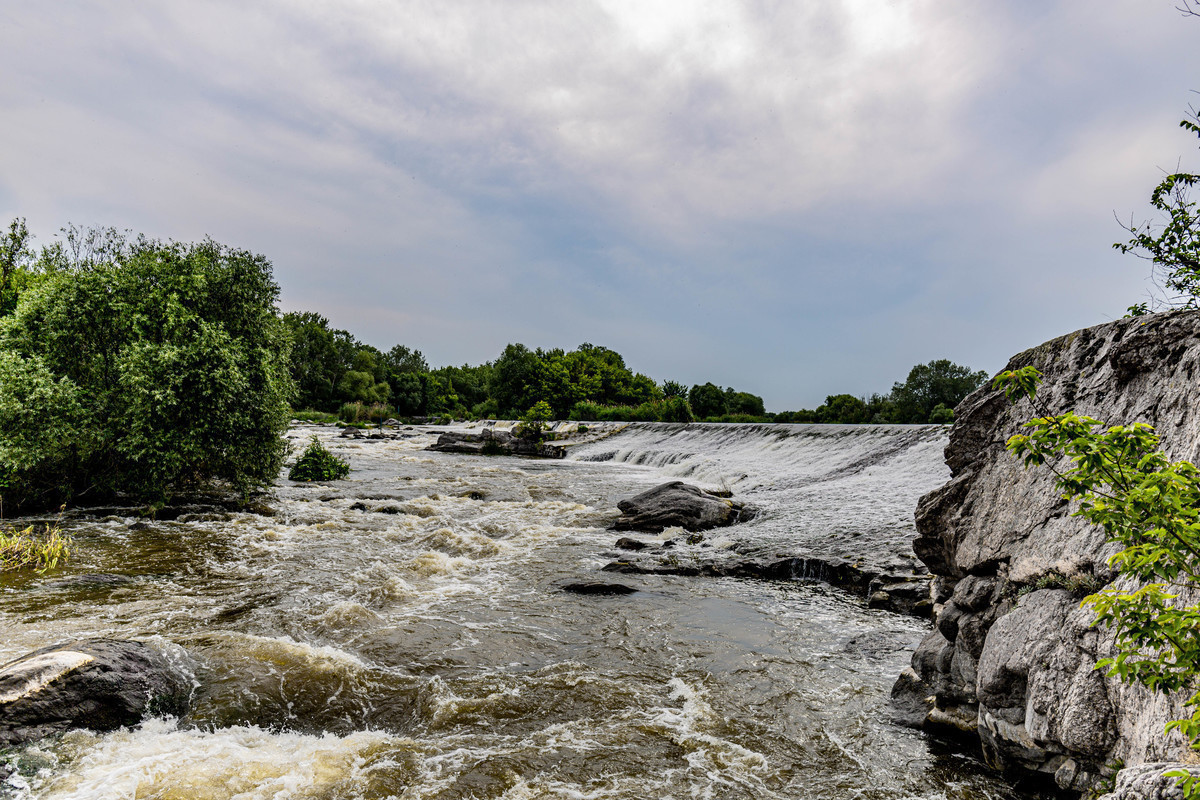 After looking at this beauty, we decided to just go home. This is 550 kilometers and at least 9 hours of travel (about half the road is in disgusting condition). On the way, we not only gamboling through the pits, but also pulled out a truck that was stuck in a puddle. Besides that – there were no adventures. To be true, such road is very exhausting.

Most of the survived water mills were built at about the same time – from 1870 to 1910. And they are built in approximately the same style. And even the decorations on the walls are almost the same))
Only three of the mills, we saw, found a new life, and in the one – the old one didn’t stop. All the rest are either ruins or are striving for this state..

When I sat down to write stories about our trip, I found a mention in the Internet about a huge number of water mills that I had not come across before. And even a few windmills. And this despite the fact that before the trip I wrote a variety of search queries. Well, that’s OK – there is reason to go again and see all the unseen)))