Having left Bad Aussee, we did not immediately go to Vodnany, but stopped on the way in Český Krumlov to try Trdelník.
Trdelnik is such a sweet pastry in the form of a butter roll. Most often, all sorts of goodies are added to it, but I managed to find an empty one. 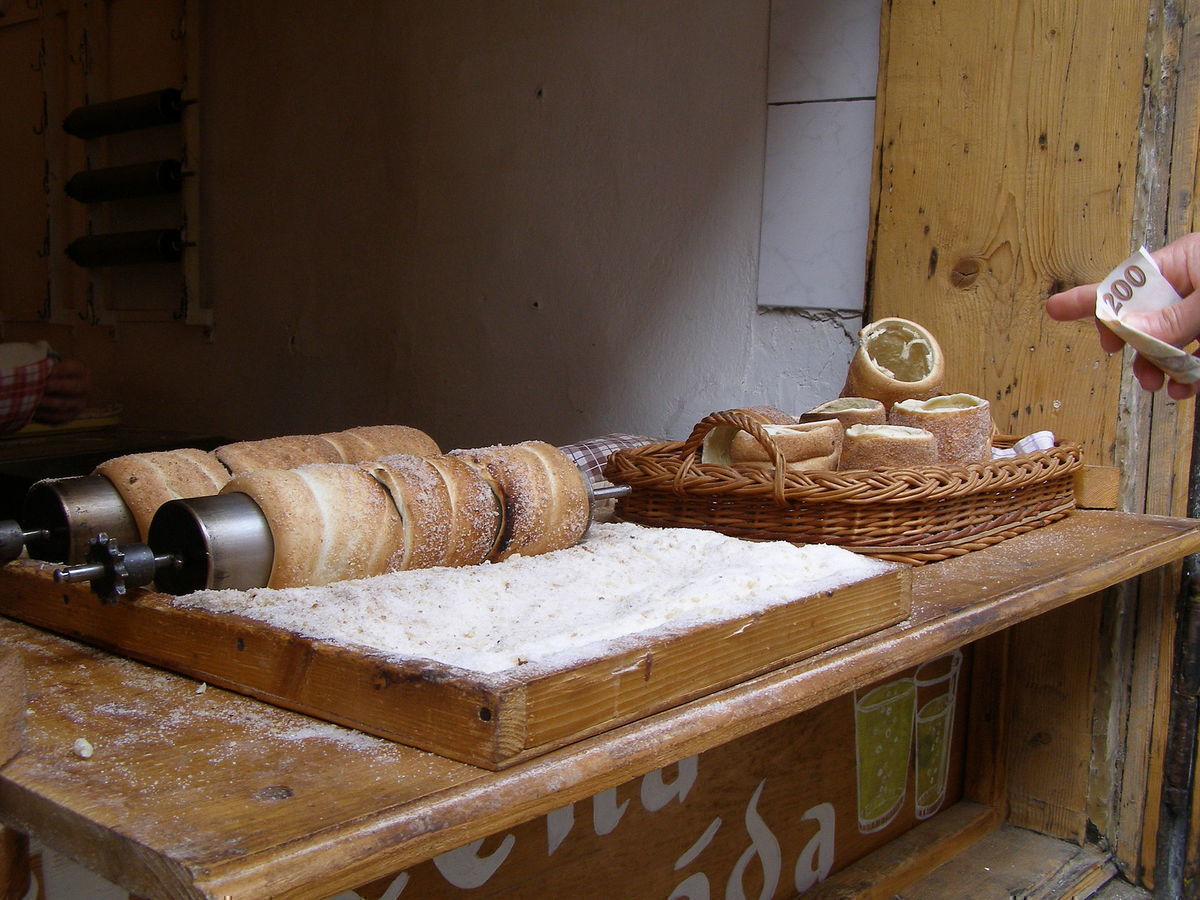 In the Old Town you can buy them at almost every step you make, and the smell fills all the streets and attracts you… 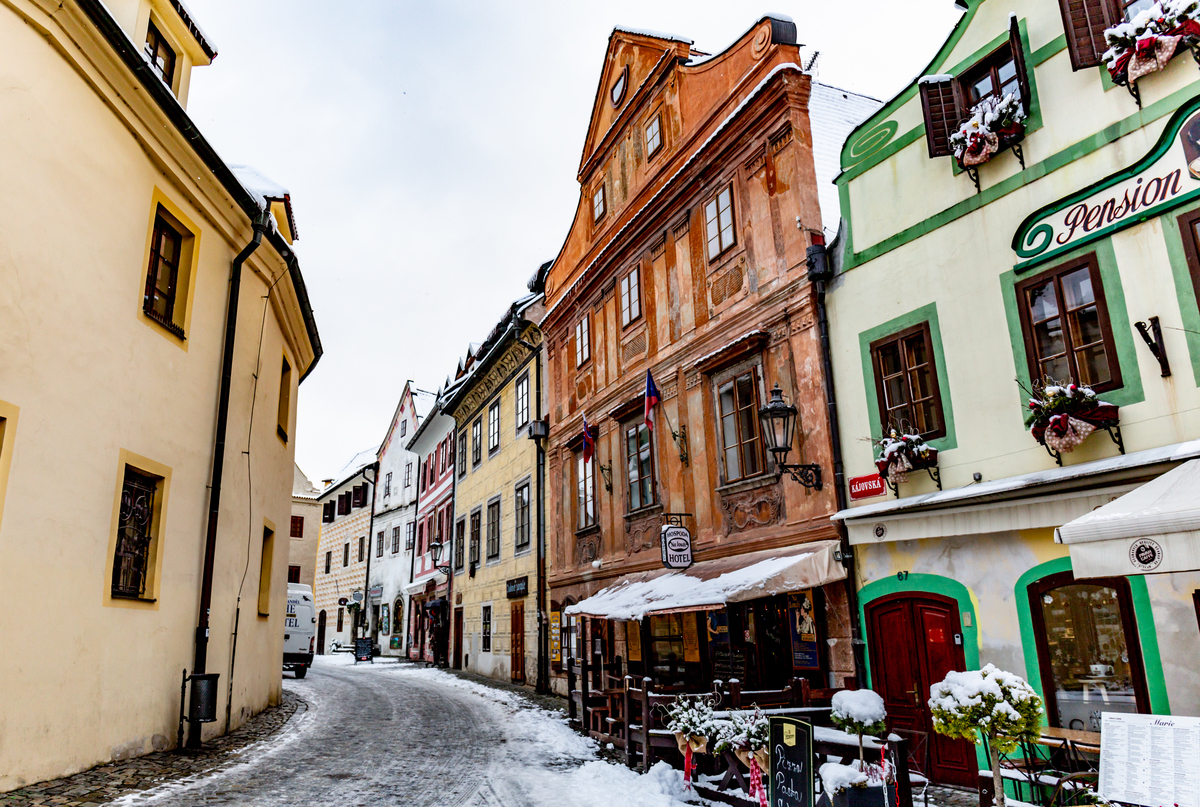 Already in the middle of the XIII century on the right bank of the Vltava there was a settlement, the inhabitants of which were immigrants from Bavaria and Austria. A settlement called Latrán also appeared on the left bank of the Vltava a bit later (at the present time, the Latran district is part of the historical center of the city, protected as a World Cultural Heritage Site). Both settlements in 1347 were connected by a bridge and formed a city.
In 1494, Krumlov received the status and privileges of the royal city. The mining of silver in the surrounding mines gave a new impetus to the development of the city’s economy and trade. At the end of the 15th century, the Krumlov Castle, originally built in the Gothic style, was rebuilt by Italian architects Antonio Ericer and Balthazar Maggi into a representative Renaissance castle.
The last owner of the castle from the Rozmberk family was forced to sell it in 1602 due to accumulated debts to Emperor Rudolf II.
During the Thirty Years War, the city was looted several times. At the end of the war, many secular and religious buildings were rebuilt in the Baroque style.
The city became part of the Austrian Empire in 1806 and Austria-Hungary in 1866.
In 1918, Czech troops occupied the city, and it remained part of Czechoslovakia until 1938. In the period from 1938 to 1945, was annexed by Nazi Germany. After World War II, the German-speaking population was deported to Austria and West Germany, and the city again became part of Czechoslovakia. During the communist regime, Krumlov deteriorated and fell into disrepair, but after the velvet revolution was more restored and is now one of the most popular tourist centers in the Czech Republic.Wiki

We left the car on some parking lot, which was found along the way and not far from the historical center.

Having passed through the Cloak Bridge / Plášťový most, through the bridge we get to the central tourist part. 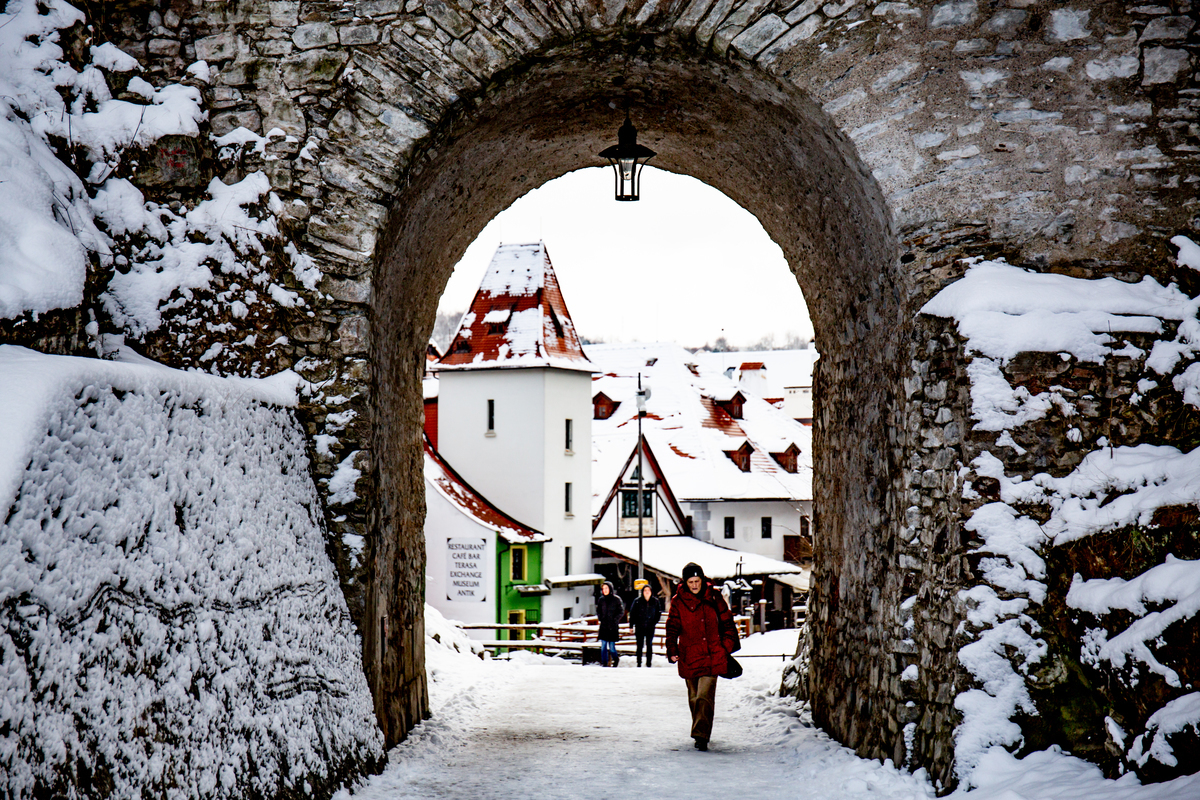 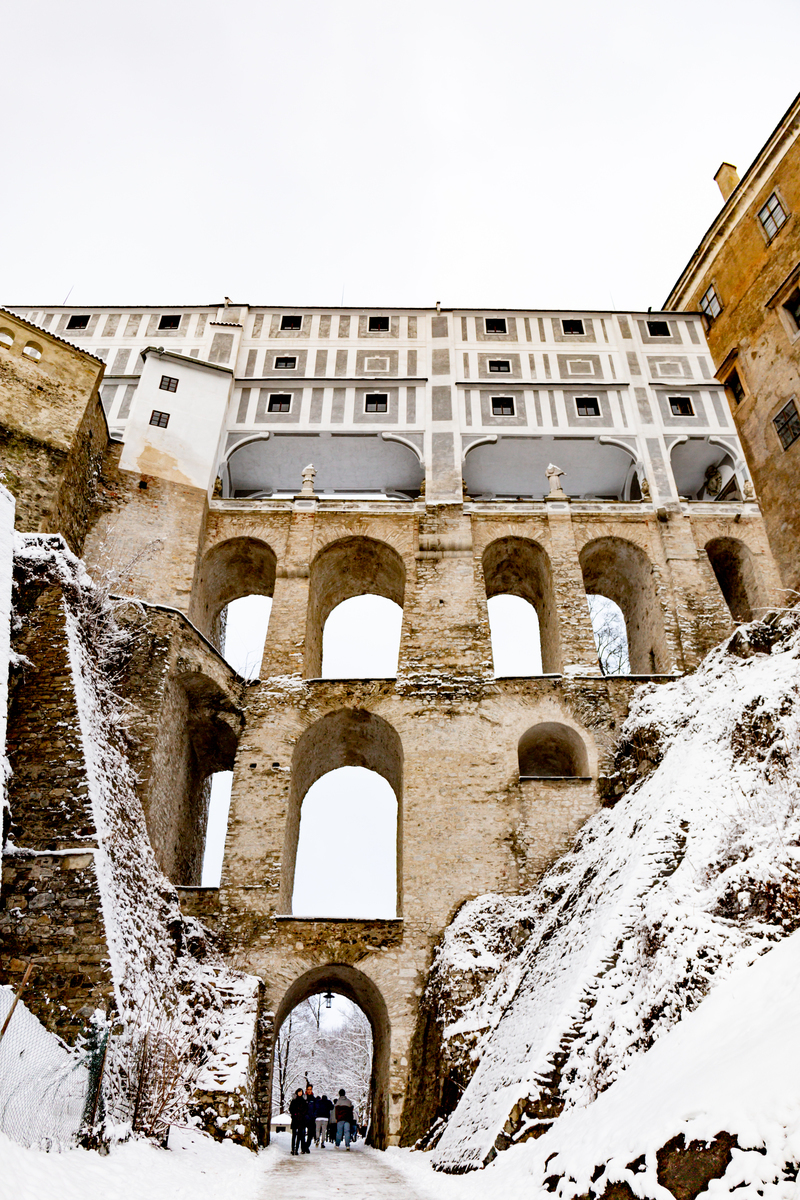 The fabulous beauty around, there were still Christmas decorations and mood! 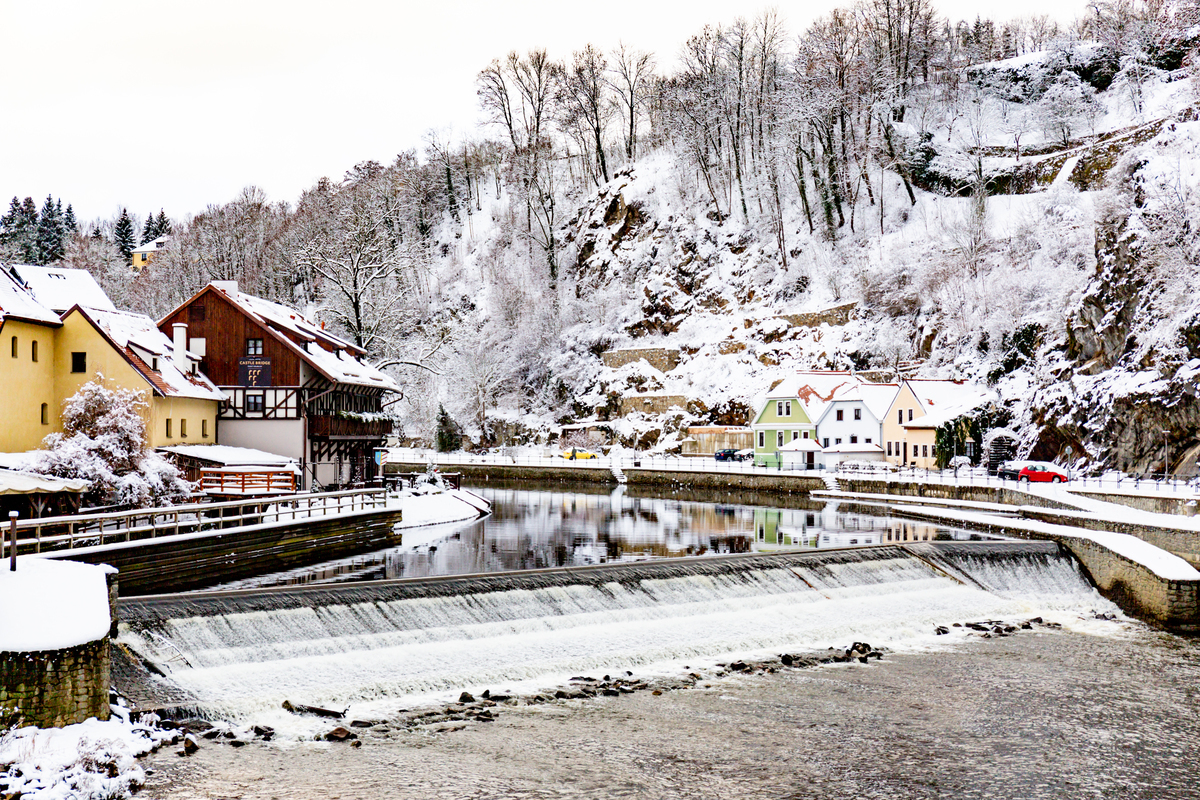 If you will go into different shops and stare at each building, then it will take about an hour to get around this peninsular part of the city. Then you can smoothly approach the entrance to the Krumlovsky castle through the bridge and climb the exact Cloak Bridge, under which we passed to the peninsula. 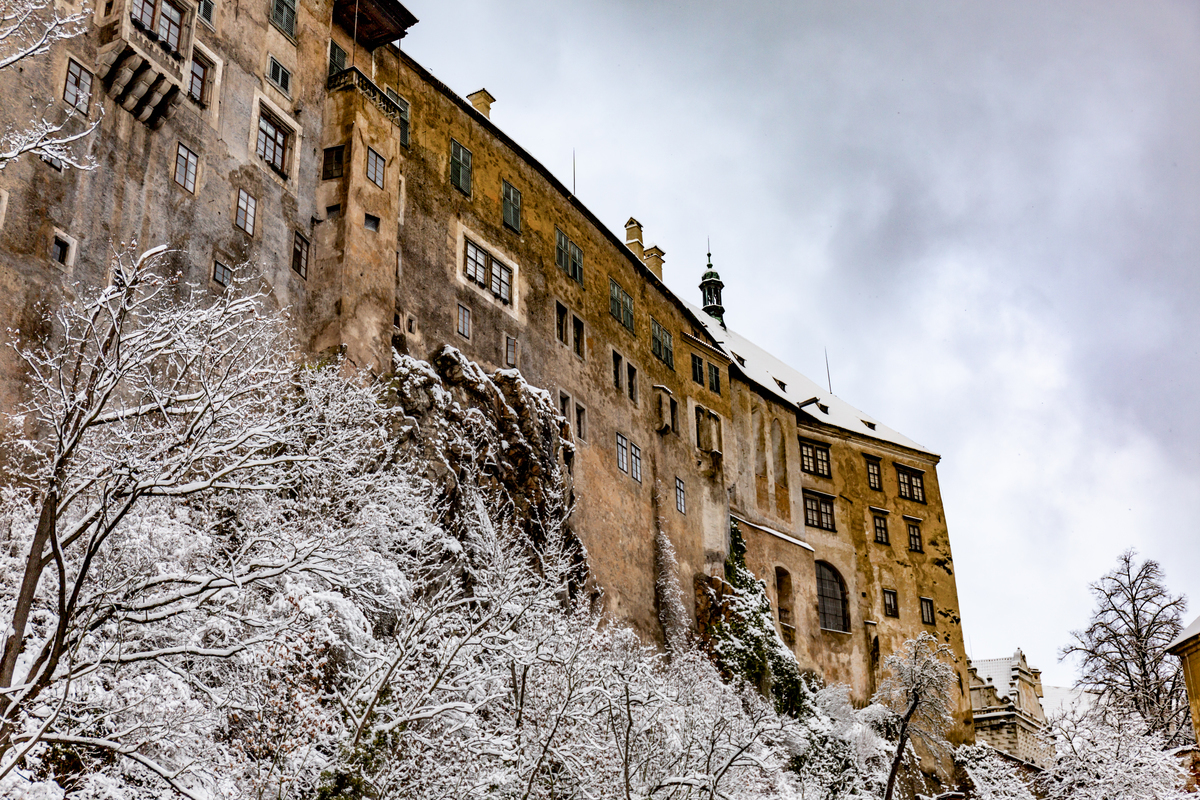 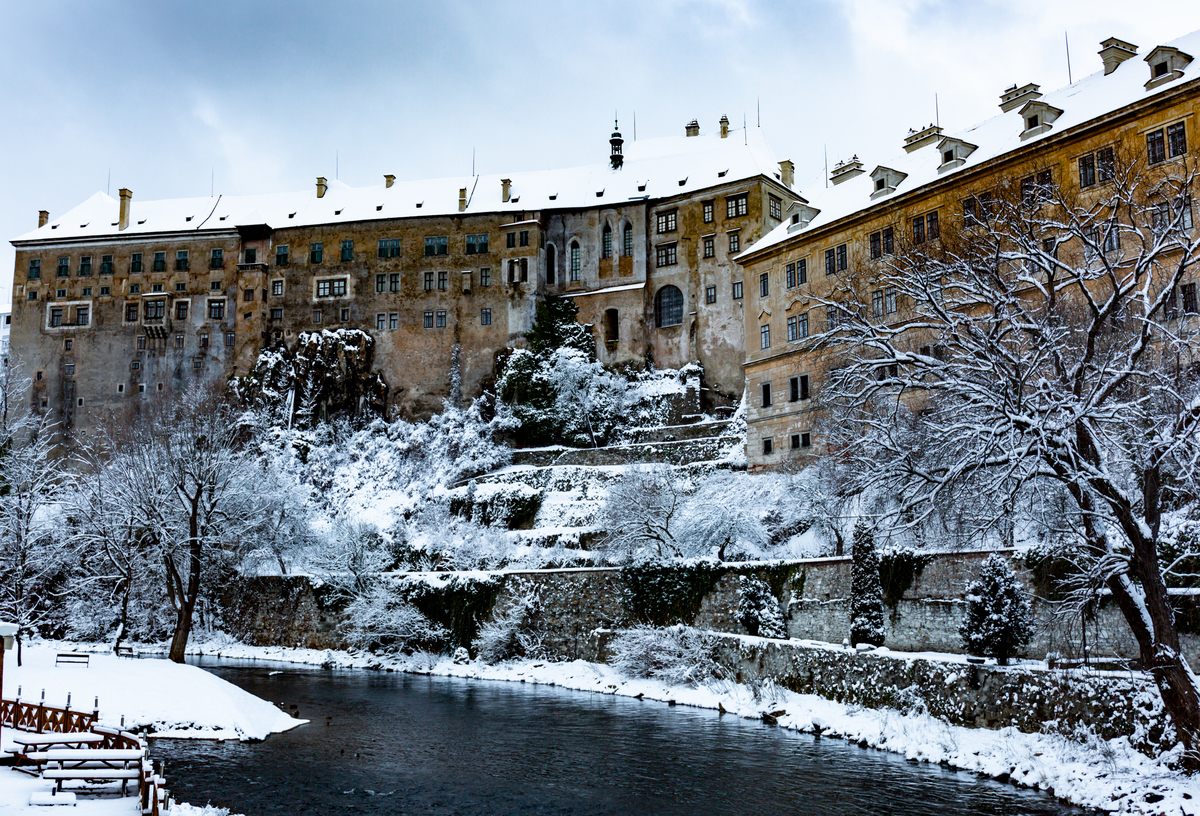 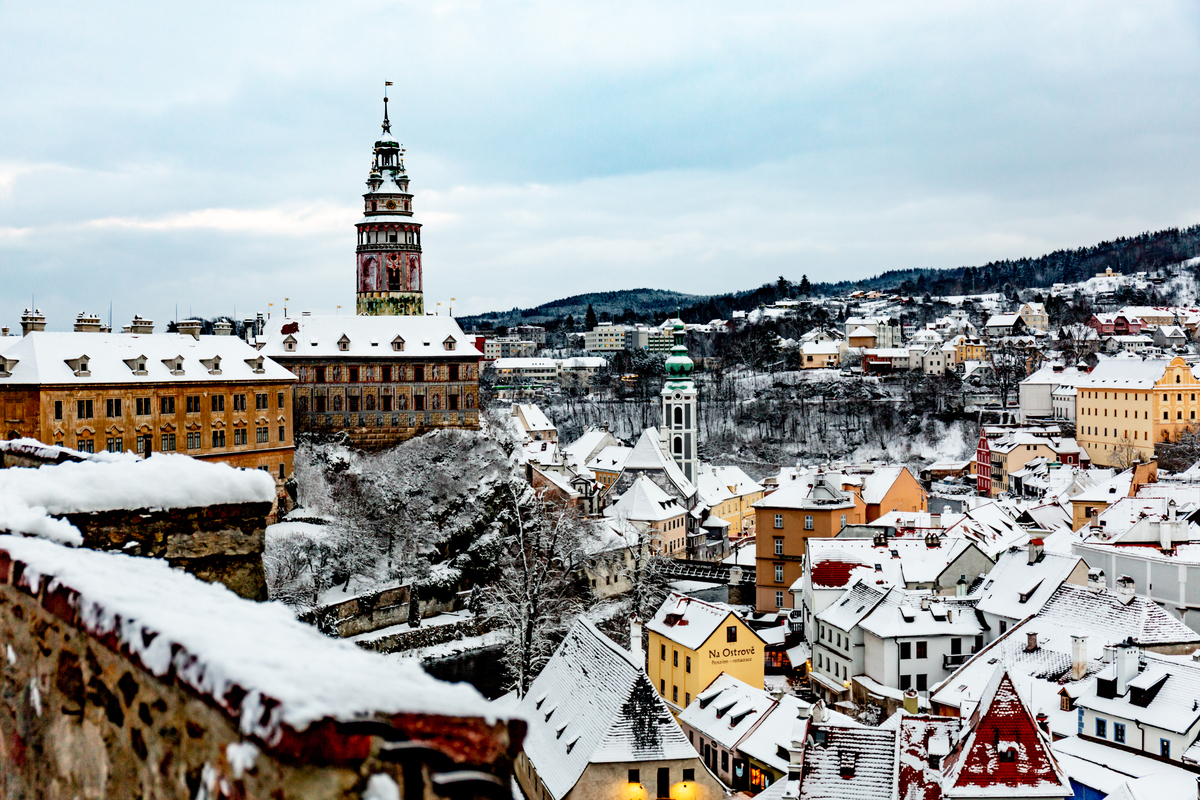 In general, these exact Krumlov roofs are historical value. If the owner of the house wants to block the roof, then he can do this only with exactly the same material that has been done since the shaggy centuries. There are a number of positive points about this. The first – such tiles are still made using the same old technology (they are, of course, very expensive). The second point – the owner of the house goes to a special office, which considers the estimate of the roof from ordinary tiles and from authentic. The state pays the difference to the owner – the person pays as for the ordinary. 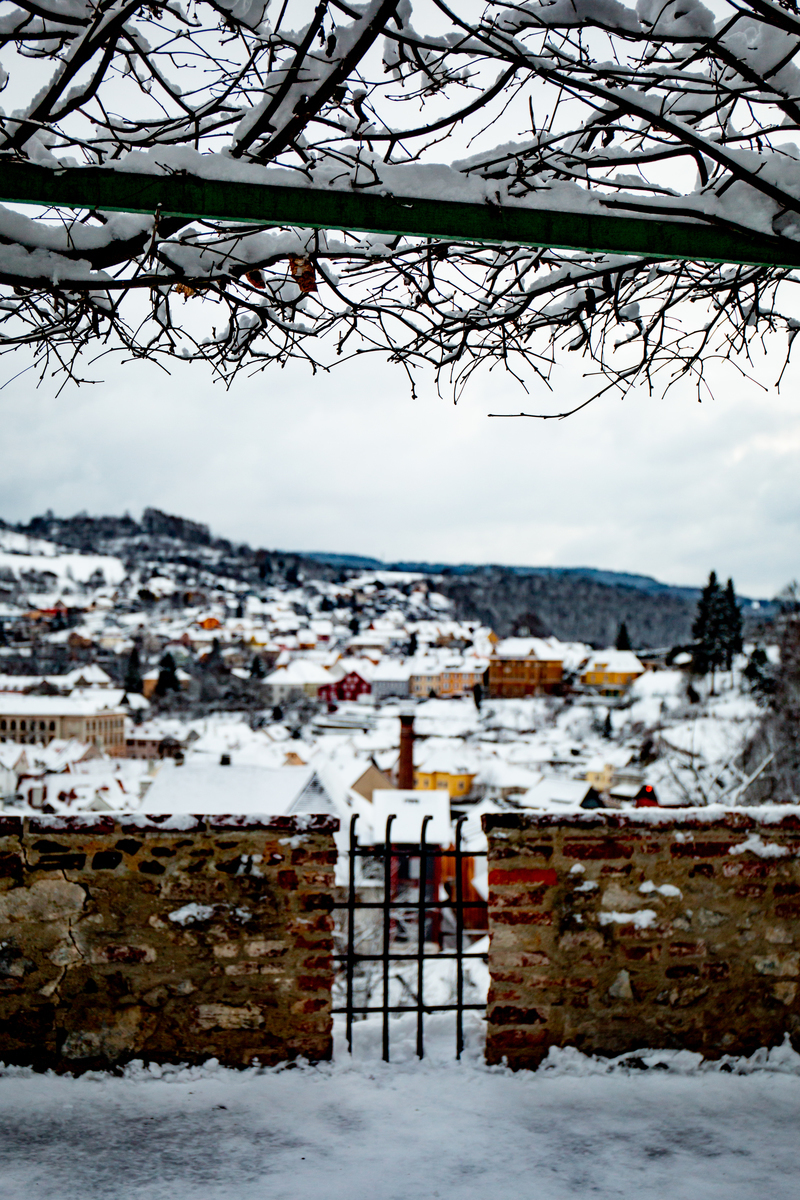 The finale of our trip to the Czech Republic was a couple of pleasant days in Vodnany with tea parties and gatherings eating the ham hoc. Well, finally we “were pleased” with the “beloved” UIA. In Boryspil, a bus was handed over to the plane, into which only half the passengers climbed. And the rest stood in the January snowy wind for almost 30 minutes. It’s good that passengers with young children were put back in the plane. Nobody could answer our questions about when they will come for us (we have a transfer). And then we searched for a very long, and in a frantic way, the transition to domestic flights (no signs), no one wanted to let us pass through passport control without waiting in line (airport employees simply ignored our requests and mention of a transfer). Hello, Mother country! Long time no see! Though re-stuffed, but managed.

I think at least once again we will return to Venice and the Dolomites – beautiful and amazing places!