Adventures in the south of Ukraine. Part two – again the wind, the sun and the salt.

Today we’ve planned to go around some lakes of the Arabat Spit and stay at the same campsite where we stayed last year.
The road there is “nothing” from our current location – 130 kilometers to the first object. The first object was – a pink salt lake near the village of Priozernoe.

Before that, only on one pink lake – Lemurian. And more than once. But there are not one or two of them in Ukraine. One of the goals of this trip was to visit all of them (although it was clear, that would not see all – some were in the border zone and we were naturally not allowed to go there). On the internet, I came across a large number of photos of this particular lake. It differs from Lemurian by the presence of paths with columns. The photos look very impressive. What did we see there?))

It has dried))
Of course, this is not surprising – this is how salt is mined here, and the summer is hot. But it was extremely unexpected)) 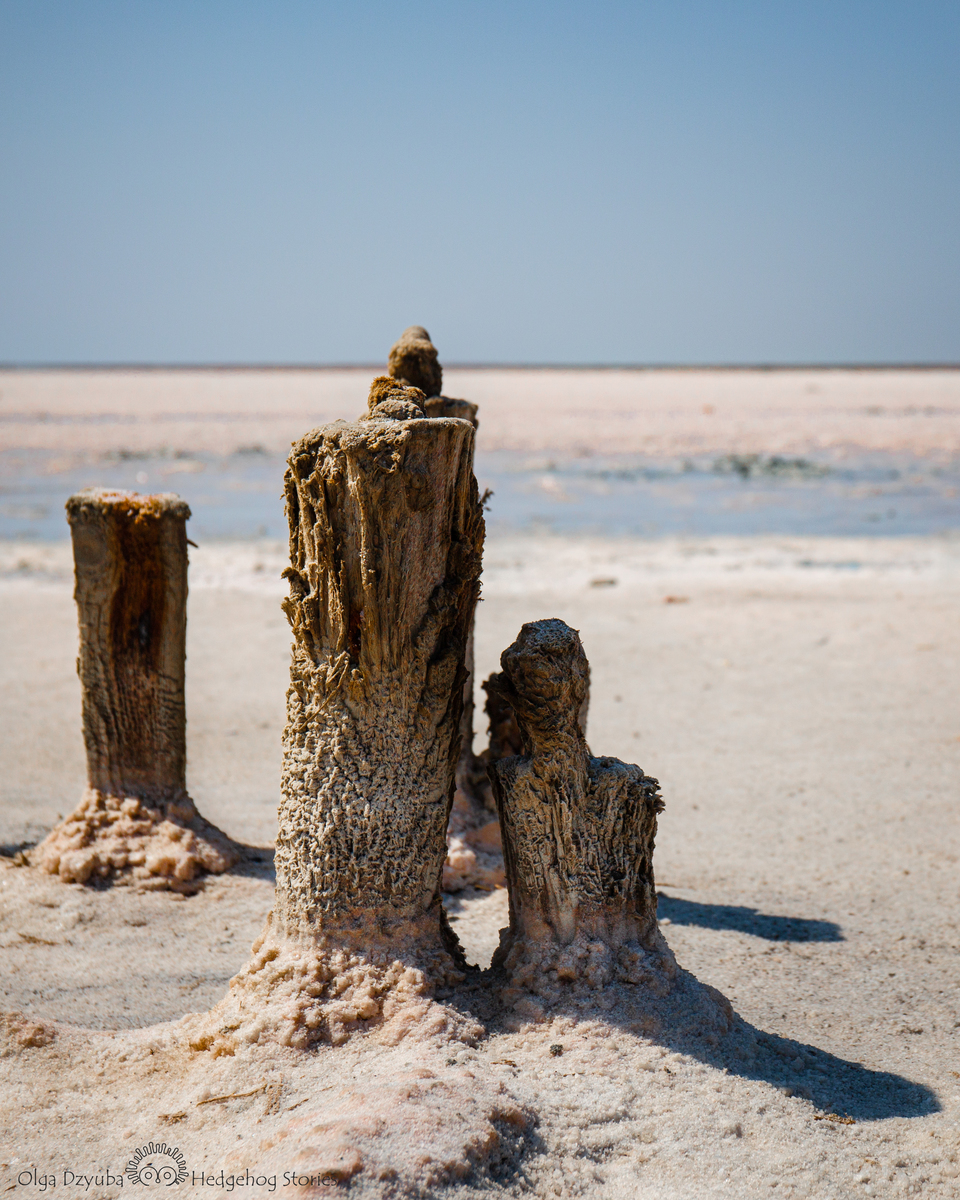 While we were collecting crystals (and without even cutting our feet on a sharp bottom))) and photographing a dried lake, the dog fell out in every dirty puddle that it found and we had to carefully wipe and wash it. 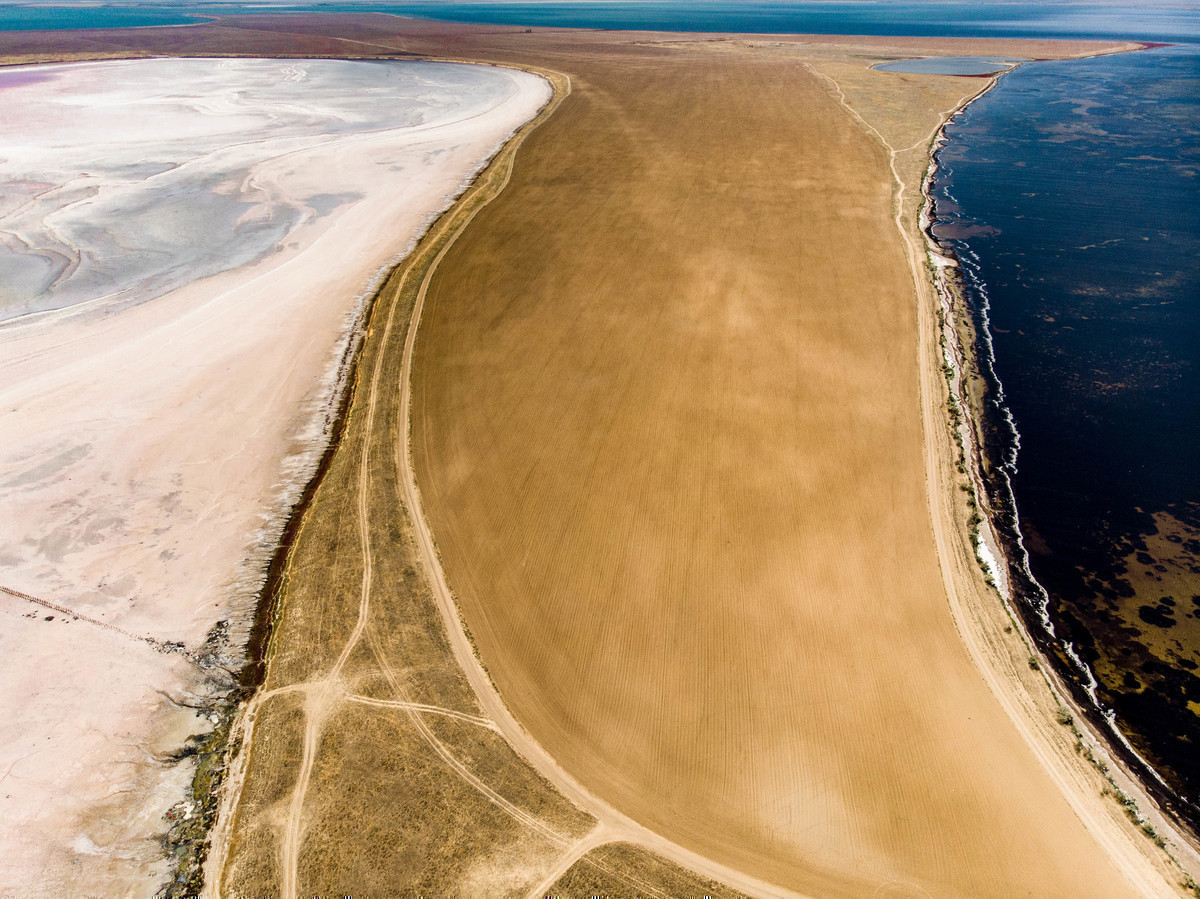 On the map there are also some salt lakes near Schastlivtsevo. I did not expect them to be pink. Judging by satellite images, they are usual blue-green color. But last year, we were actively offered to go there instead of the Biryuchy Island. How good that we did not agree .. 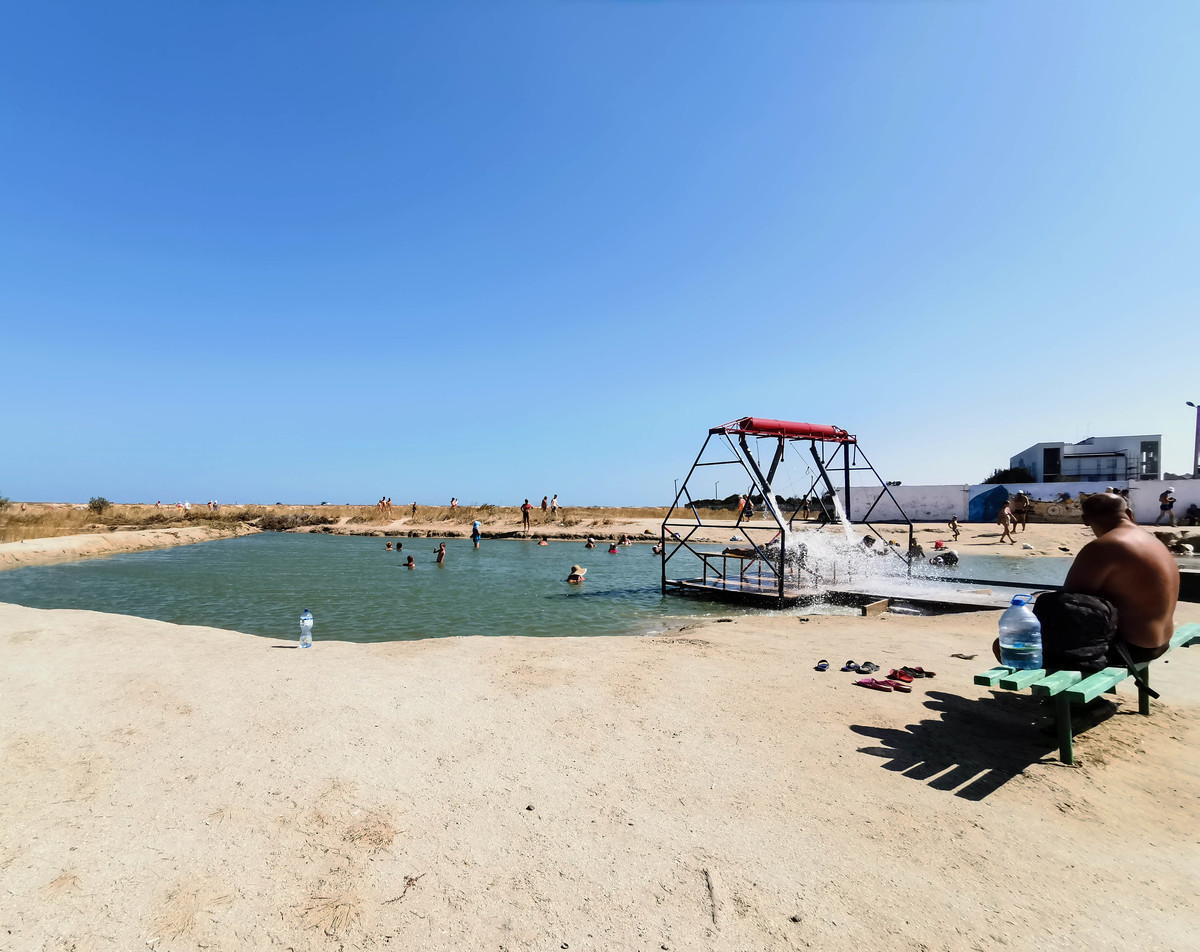 A huge number of people on a small space, several booths with fresh water and a couple of toilets. How this lake differs from the sea on the other side of the spit is not clear. But they sell salt and mud from the pink lake, which we visited, here. Well, my personal opinion is that there is nothing to waste time on this place. The scorching sun and salty water are better at sea (and the road there takes approximately half an hour walking, half of it – to the road).

The hot springs are marked nearby on a map. As for me, in such a heat it’s difficult to think about them, but since we are here, we need to visit and see what it is and how are they))
We drove up a few laps until we found a way to get to these sources. Private areas around and everything is closed. As a result, we stopped on the parking lot near the market (it is across the road). It turned out that near this parking lot there is a gate, they take money for entry. Behind the turntable you need to walk along the path between concrete fences, bushes and ditches for some time. Unfortunately, all this is completely in no way put in order. Next, you need to guess that if you turn to the right, then somewhere in front of the south-west there is this very hot spring. 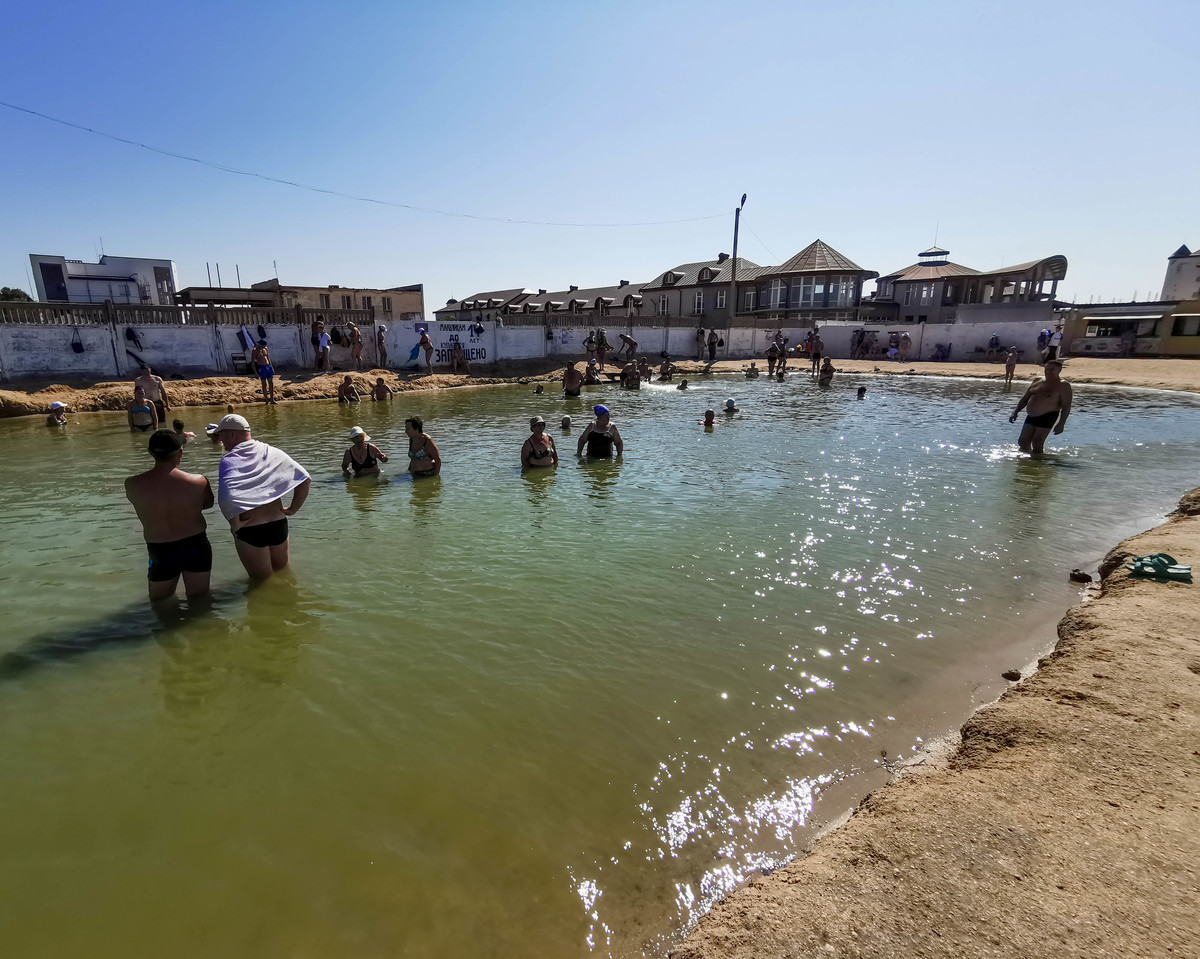 This puddle just in the middle of the steppe vegetation and against the background of concrete fences with a couple of benches was not at all hot and we even managed to get upset, but then we noticed a passage in the concrete fence to another puddle (smaller). So that turned out to be hot.
There should be complex comments. But instead of them I’ll just say – for lovers of hot pools, supersaturated with bodies of healthy salts – that’s it)))

At this point, the next stage (or circle) of our adventures begins. One of the patrols has an extremely unpleasant metallic sound, which does not promise us anything simple and pleasant. But the car behaves appropriately, does not show obvious problems and we decide to get to the campsite. Fortunately, only five kilometers. We arrived at the same campsite in which last year we were catching a tent)) 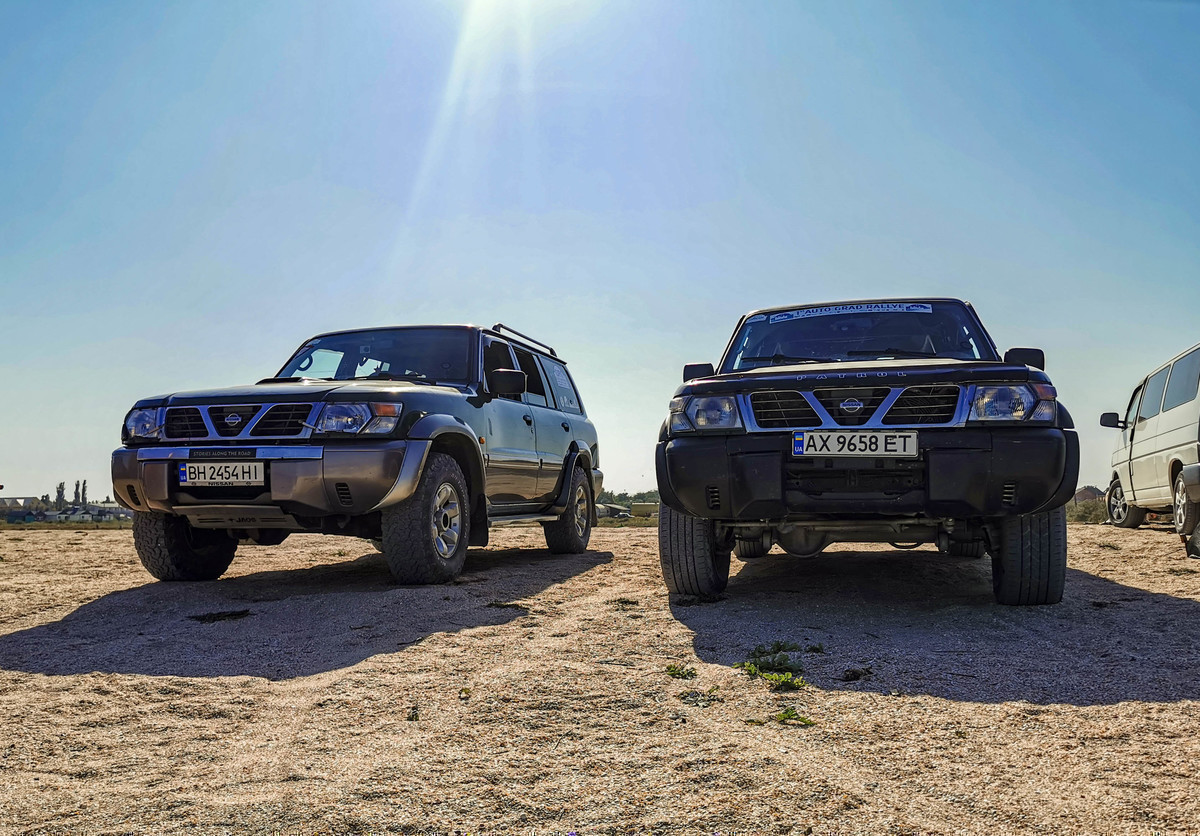 We put “Skif” with windows facing the sea, there was almost no wind. We had dinner and climbed under the Patrol’s belly. Under the leadership of Igor (yes, he actually spent these two weeks in touch with us) we pulled everything that was possible, shook the car by all the protruding and not parts. There was a suspicion of a specific spare part, which had already hinted for a long time that she would soon retire, but no – not that. 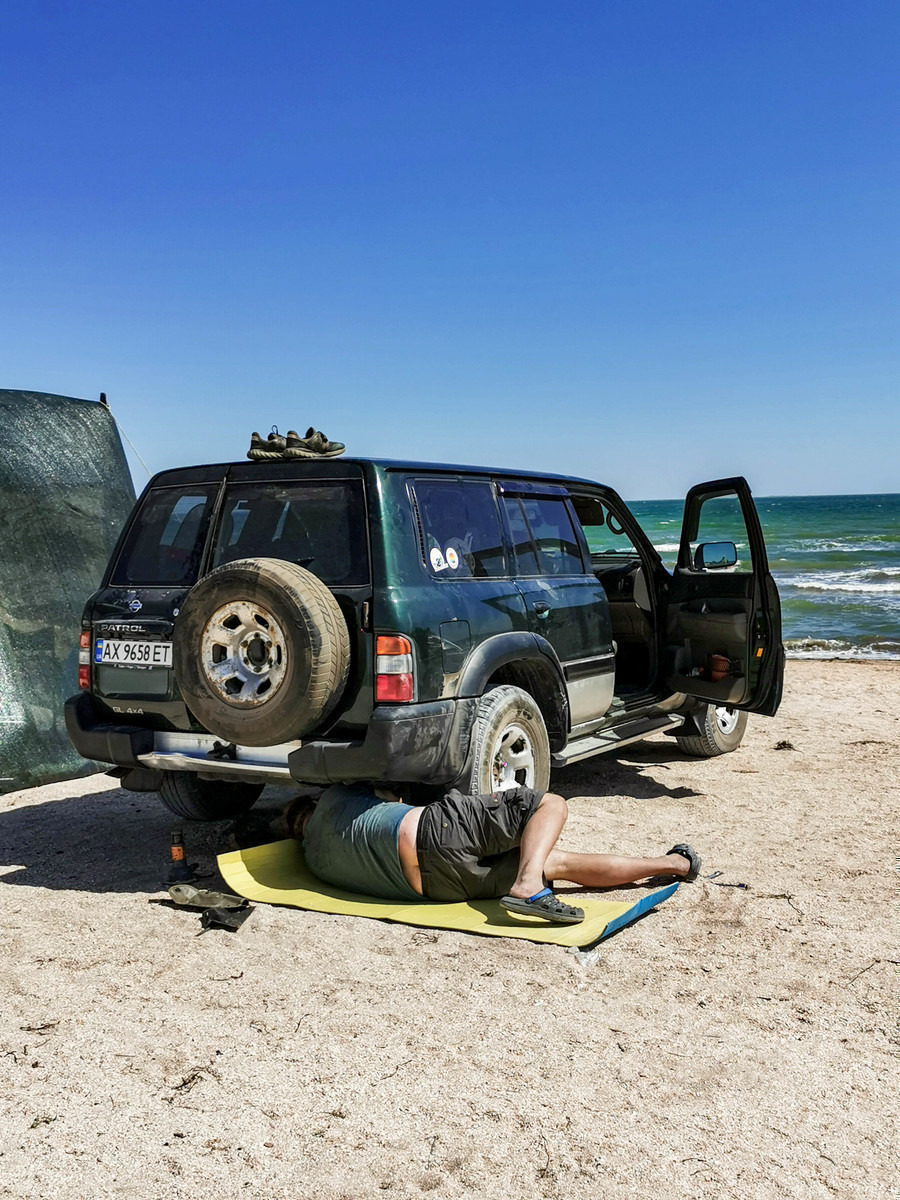 We went to bed and decided to drive during the day-time and listen more precisely where the sounds came from.
I wake up in the middle of the night from the sensation of an emergency situation. While I sit down, I begin to swear very hard and catching the “Skif’s” tent. Well, just deja vu .. After my “WAKE UP!!!” the team jumps up and catches the flying “Skif’s” tent. Well, it was extremely difficult for me to keep a huge heavy tent sitting in a sleeping bag, from which I did not manage to get out. It turns out that a strong wind rose at night and the tent, standing with the wide side to it, certainly was ripped off. In this place, I supposedly should say “but I said that it is necessary to punt it not with the windows (wide side), but narrow side, facing the wind”, but I will not))) As a result, this time in just an hour and a half, we completely dismantled the tent and “Skif’s” upper tent (aluminum pipes and mounts were broken, ripped the tent with them), assembled and set up their ground tent. We grow above ourselves, so it ..

Now “Skif”, just worked as a trailer for tents, sleeping bags, table, chairs and other bulky cargo. We bathed, ate, got together and went to look for a flat free place so that we could ride back and forth and listen to what and where there is knocking on patrol. We left the campsite and found an even place in the village. What we just didn’t do, what we just didn’t check .. Igor has already run out of versions. 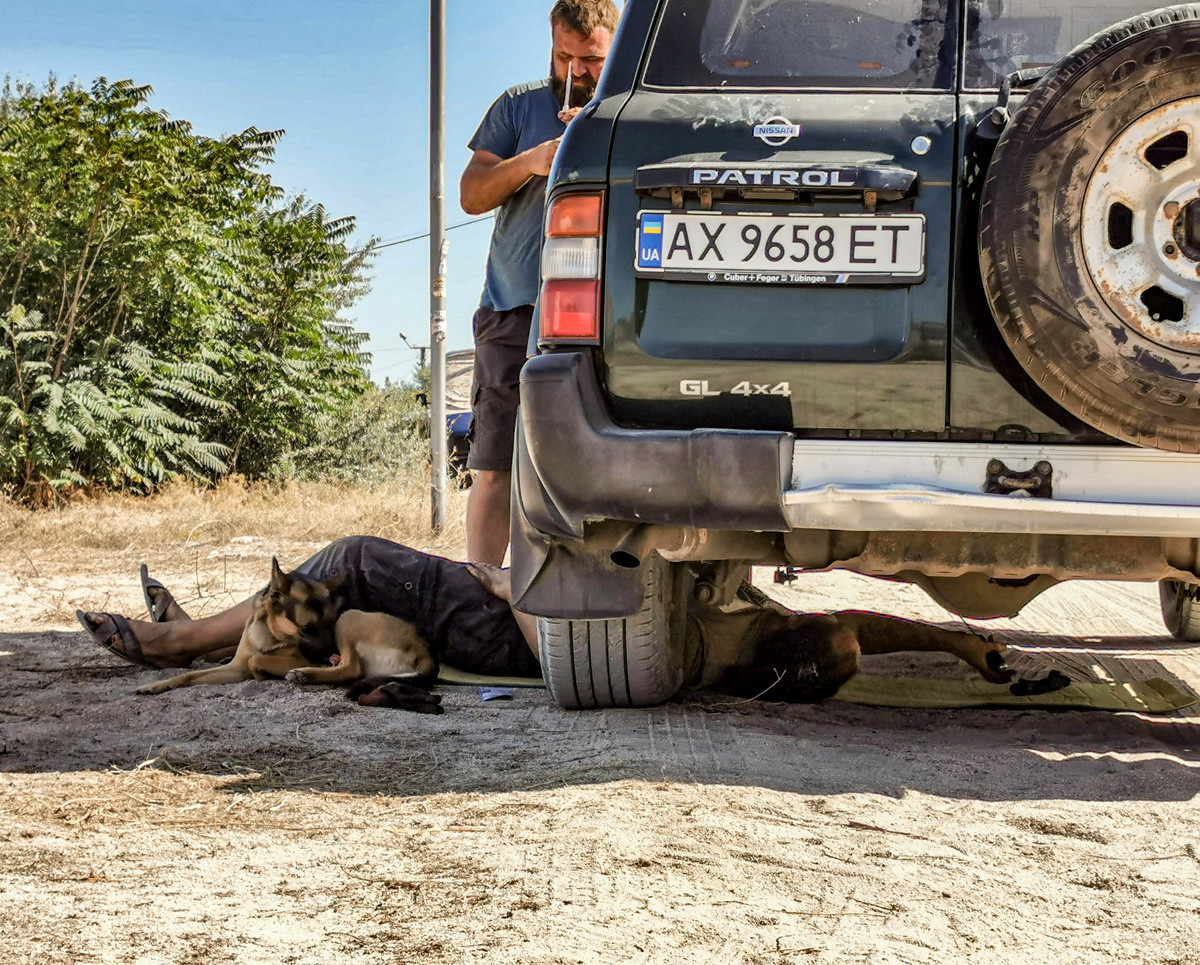 There was terribly hot and the second car was put in a shade (near the fence of a house). The only shadow in the area. A female person crawls out of the gate and immediately started screaming and arguing at us about the fact that she does not care about heat or anything else – we must remove the car from its fence, as it may not be noticed by potential customers for rental housing. Not a sign of rental – nothing. They simply kicked us out of the shadows. 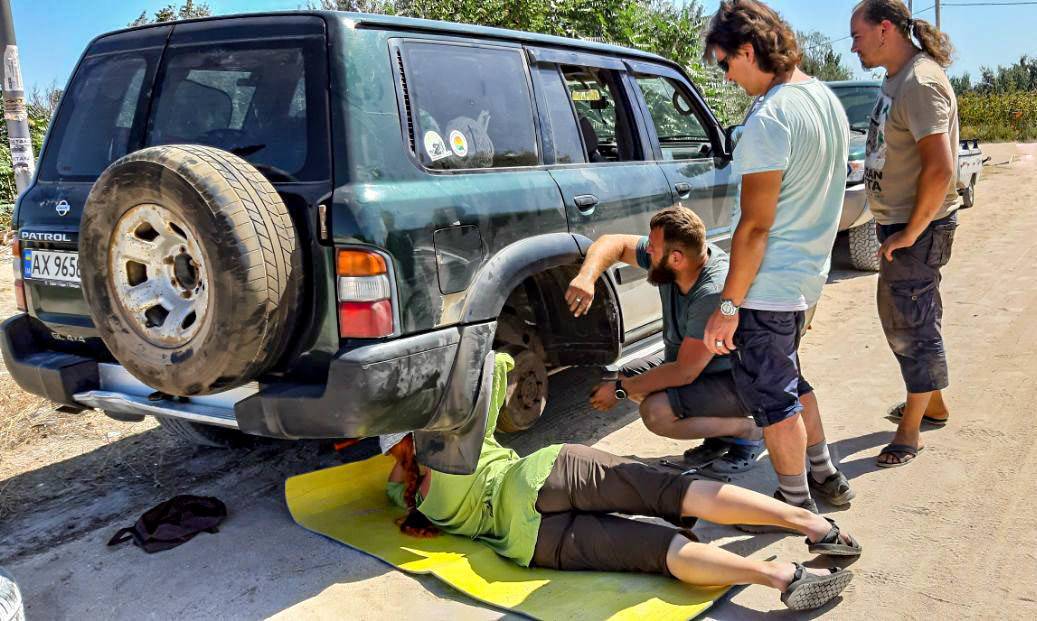 I was asked to help with the brakes, since they are of the same design as on my car))

The result of four or five hours of research: the sounds were made by the flying cap of the anthe… It does not threaten by nothing but unpleasant sounds. And we even managed to remove the sounds by injecting this very cap with oil. Everyone exhaled very much and went off to look for the one who would weld the cap so that it wouldn’t hang out. We looked at Google map where the service station is and drove off. In Genichesk we found as many as three stations. At the first we were told that they had no time … they sent to the next one, there was no welding machine. In the third, there was welding, but not a worker. In short – evil and unfriendly people. Like that.
The conciliumdecided that periodically lubricating the cap would not be any special problems for us, and we drove on.

Today we still had to visit several interesting places, including Lemurian Lake and get to Khorly. Not so much – only about two hundred kilometers. But it took a lot of time to look for a malfunction and for a working service station, and we did not want to stay for another day.

The first point is located directly in Genichesk – the old iron bridge. 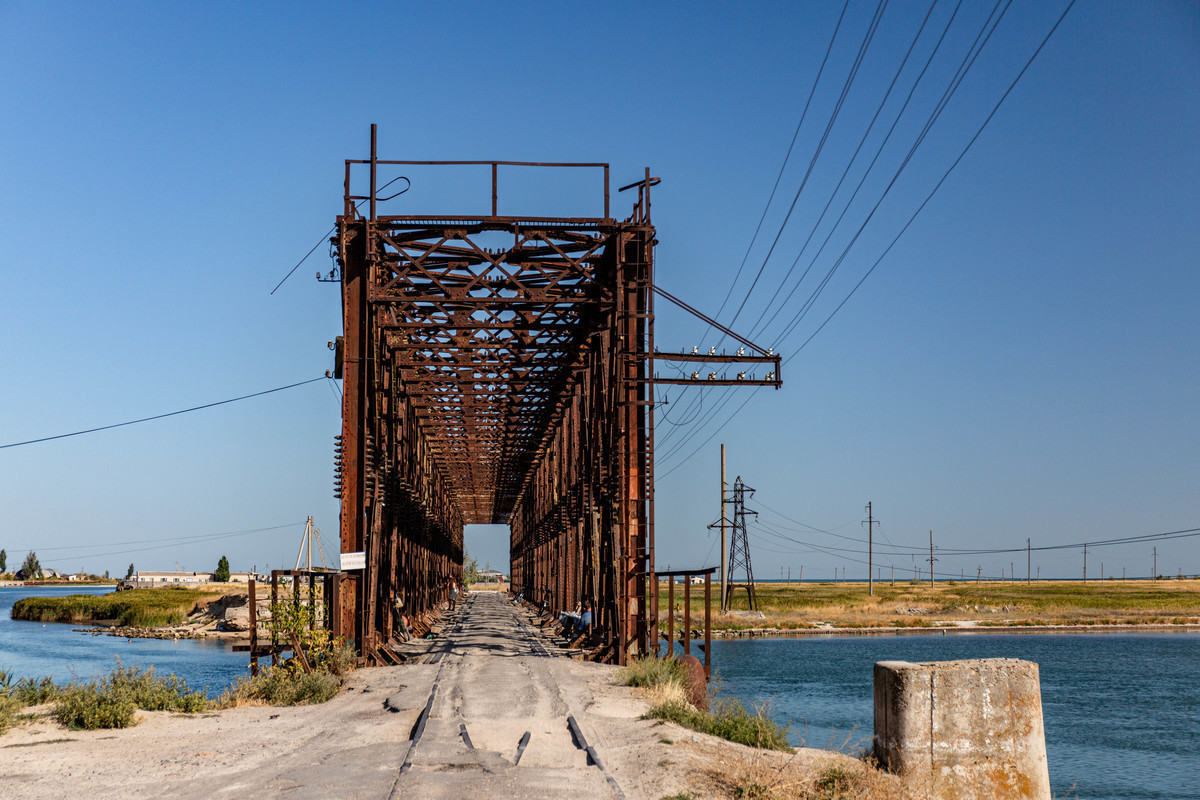 In my personal opinion, there was nothing unusual or outstanding in this bridge. Although many people write about it as an amazing construction. At the moment, this is a rusty iron structure, chosen by fishermen (though with a rather interesting history).

Well, then we went to see a few salt marshes: 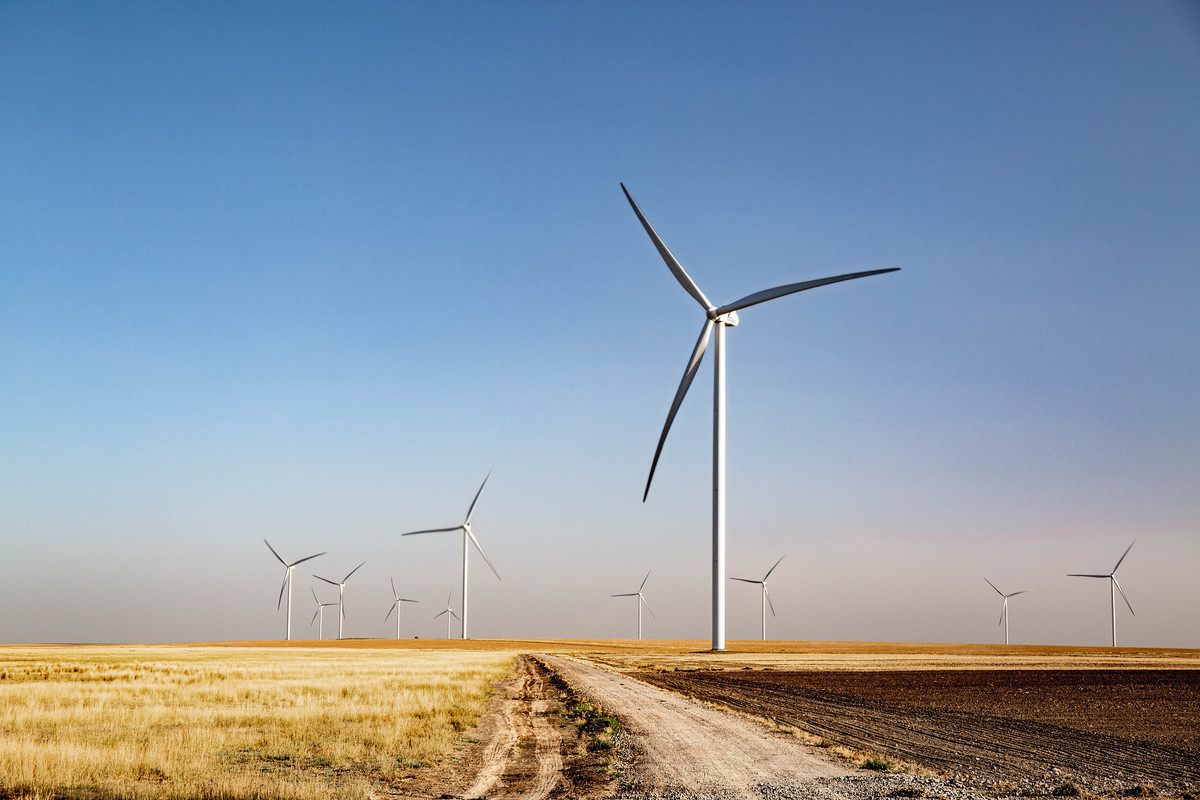 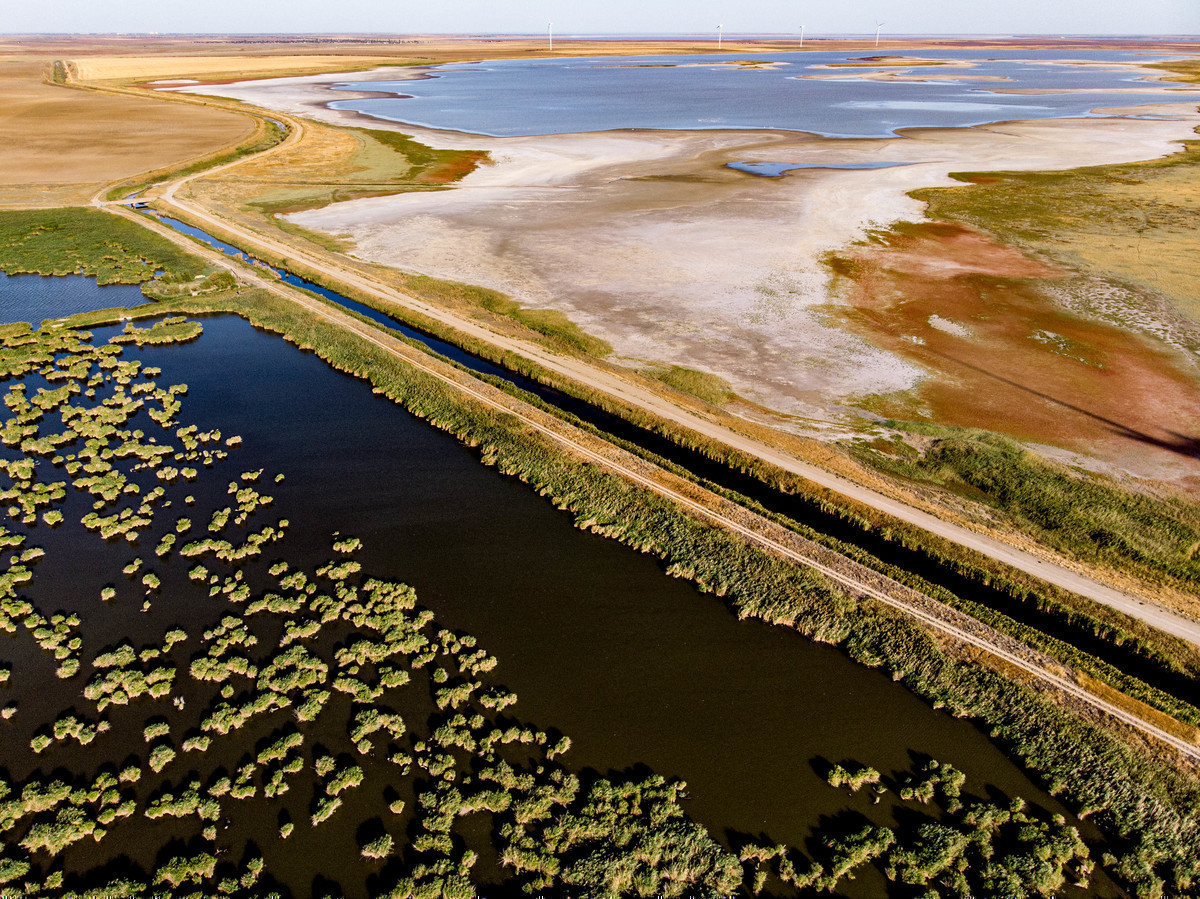 There was another pink lake in the program, but frontier guards were in front of it. They let us go through to see, but there was no talk of any shooting, of course. Well, before the final point for today, we have our beloved Lemurian Lake. 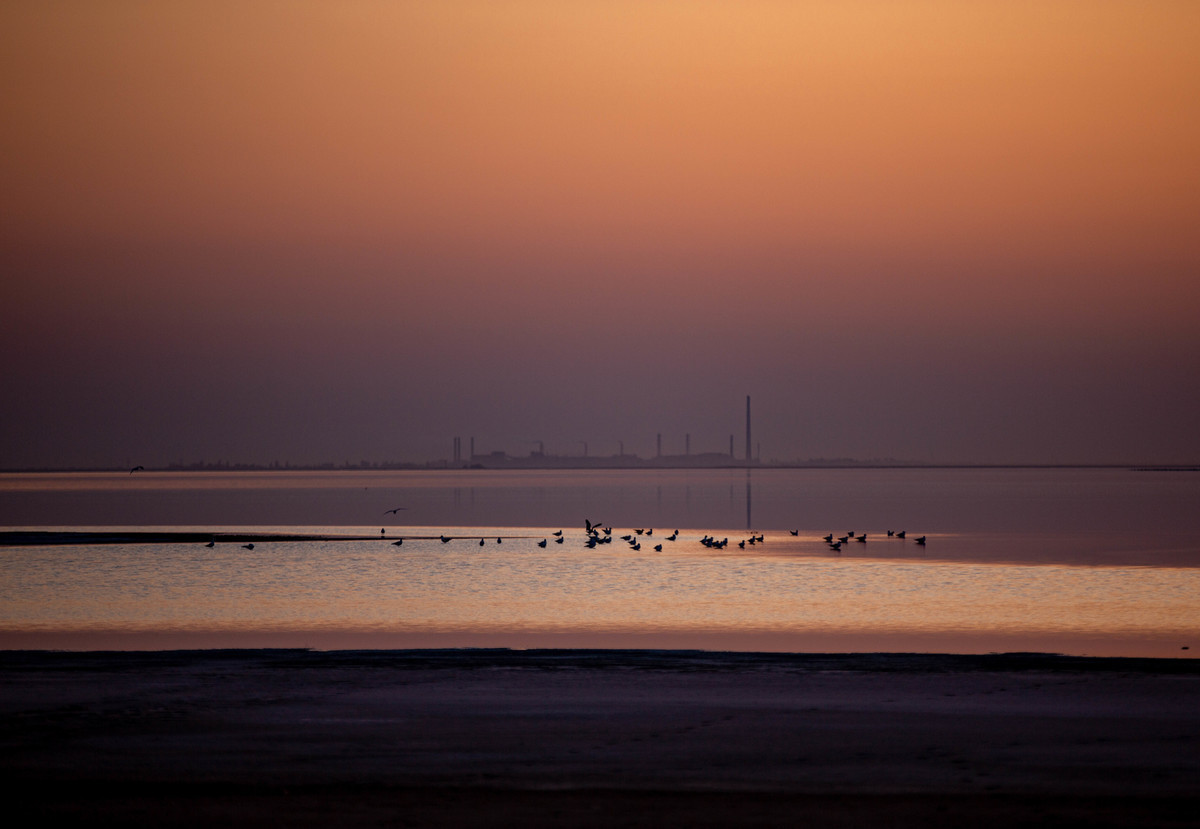 We arrived there already at dusk. And the sunset was of very beautiful colors)) And the sky in color was indistinguishable from the color of the lake. 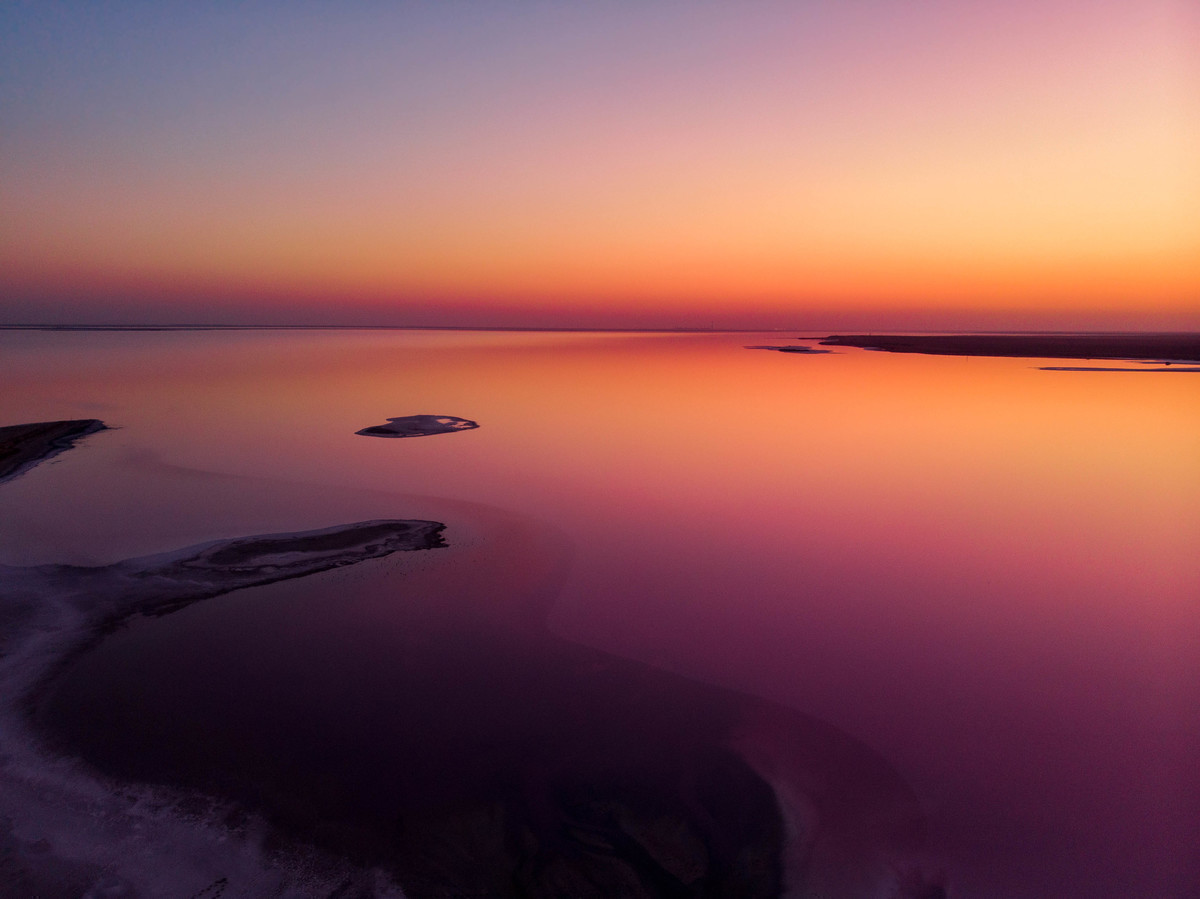 Well, nothing – we managed to shoot its real color)) 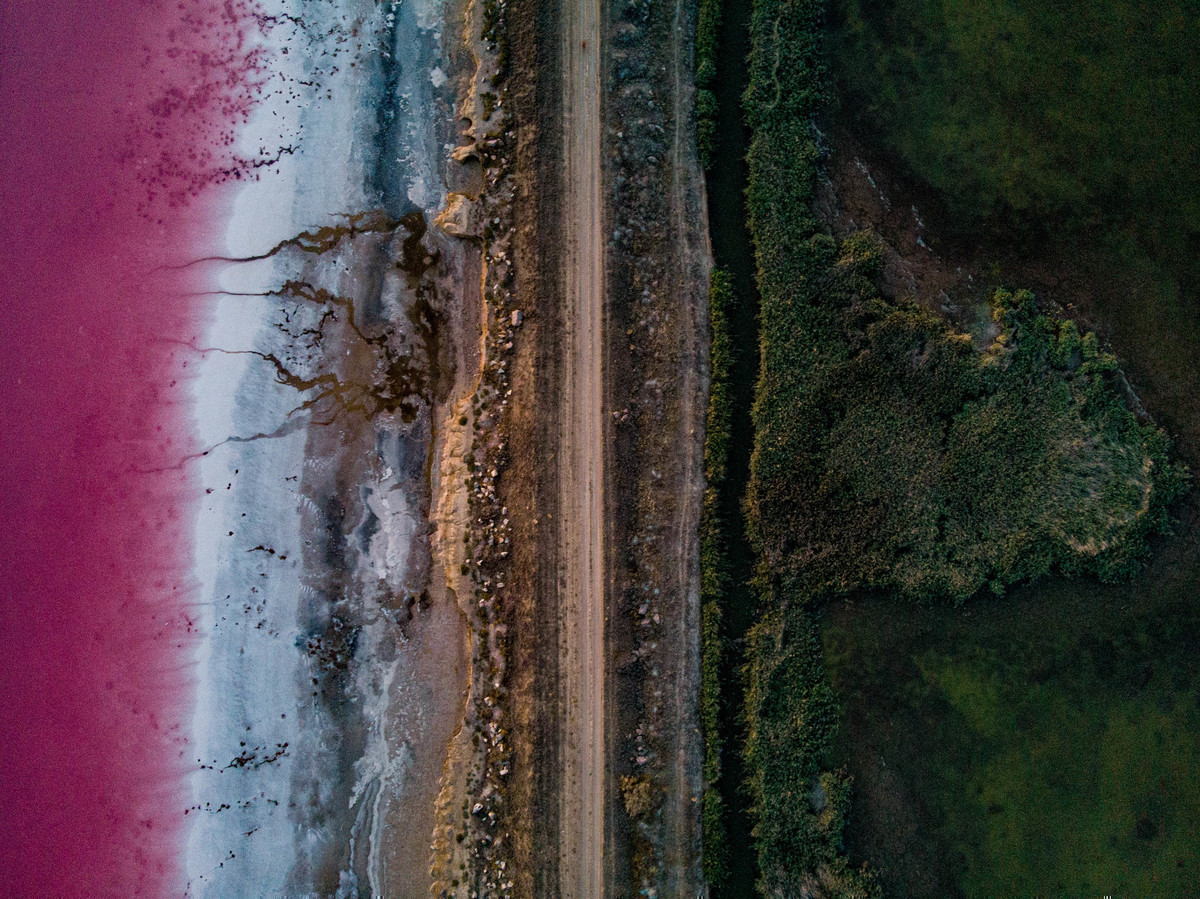 This time we didn’t poke around the lake, but went to Khorly.
We arrived in the dark. On the edge of the peninsula we found the only undeveloped piece of the coast. Everyone was very tired – the day was long and not the easiest. Quickly ate, set up camp, and went sleeping.

The swan is surprised that I am not feeding him, b

The winner in the race for the tasty treat is dete