Last week we have finally picked up the Hedgehog’s suspension))))
We have planned it and prepared for quite a lot of time. The old springs have already been completely bent, the amortization dampers have started to sweat (and one of them was bent from the beginning anyway). The sleeves at the springs simply fell off. The springs would spread out like a fan while making any sharp turn. 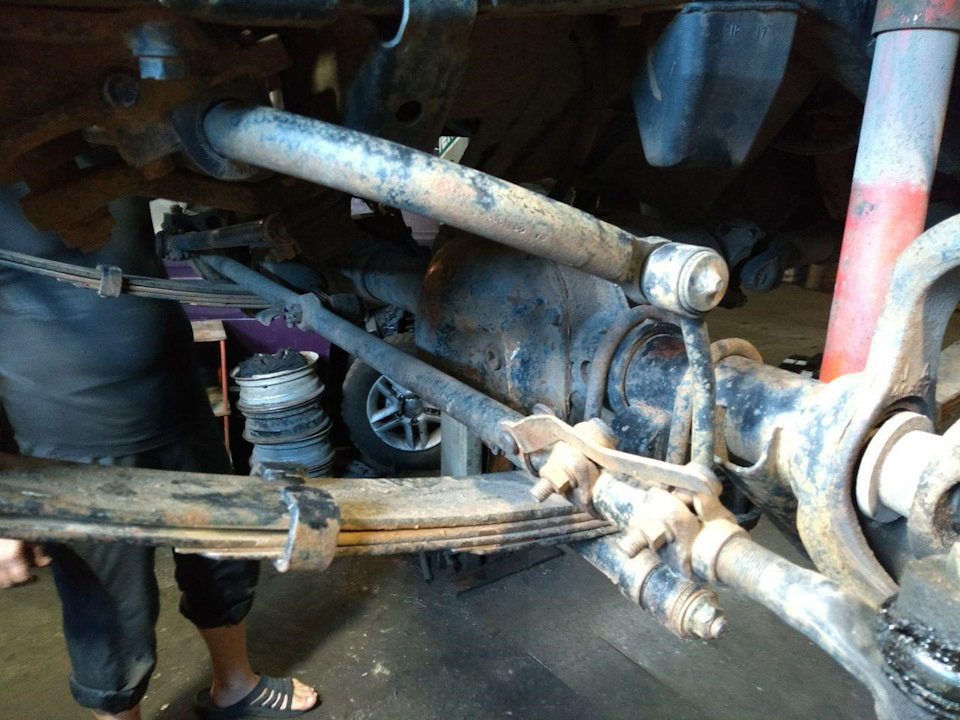 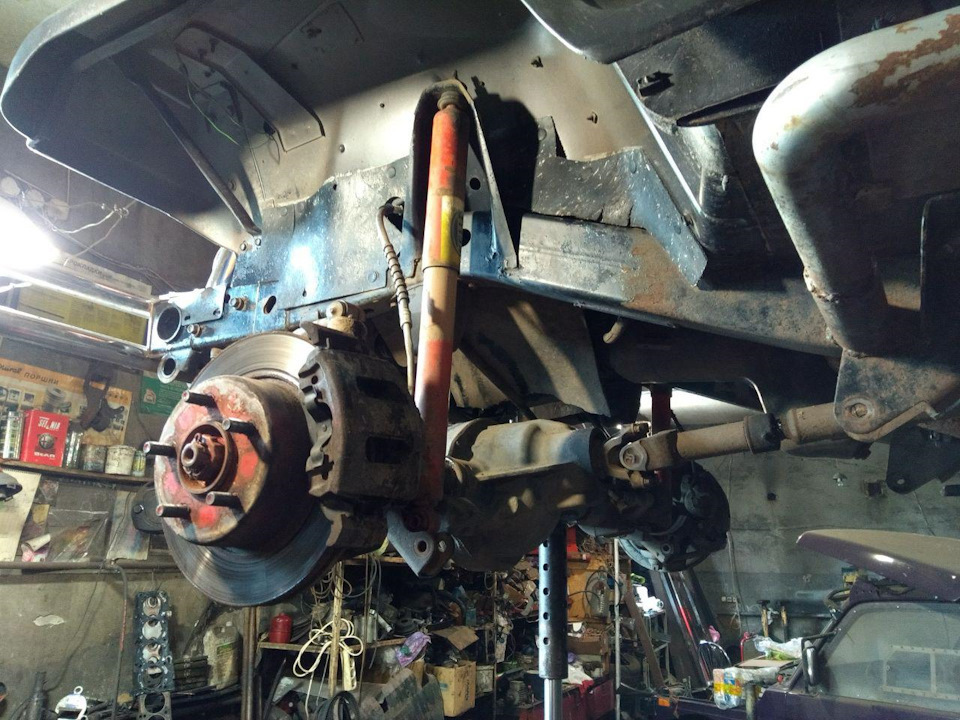 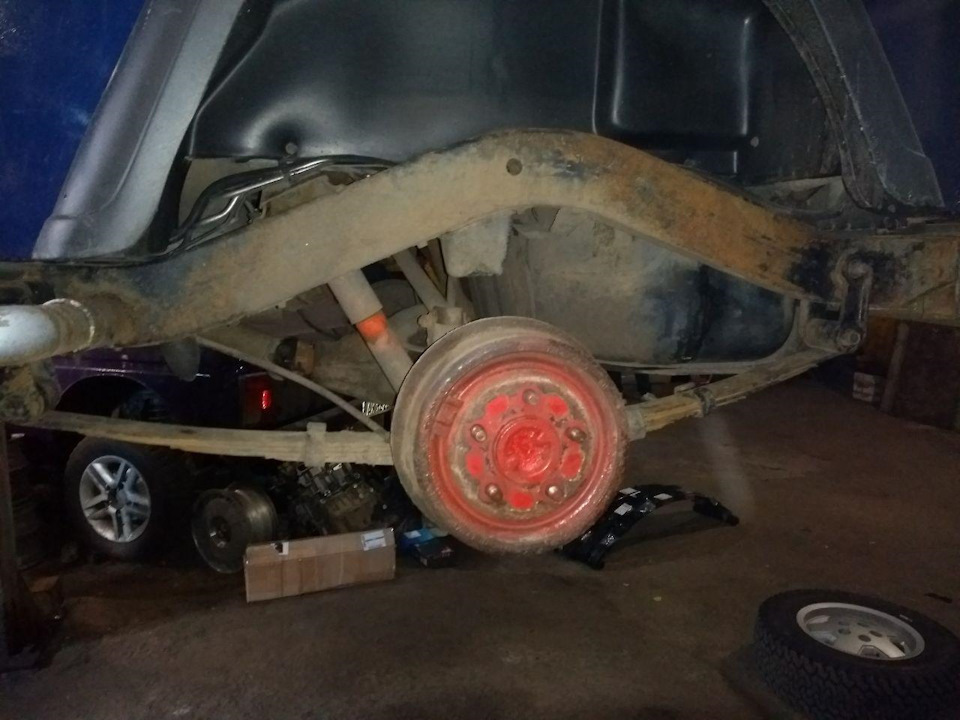 And there it comes, – the 2.5’’ lift:
The springs and the small things along with it – ProComp, the amortization dampers and the steering damper – Rancho 5000. 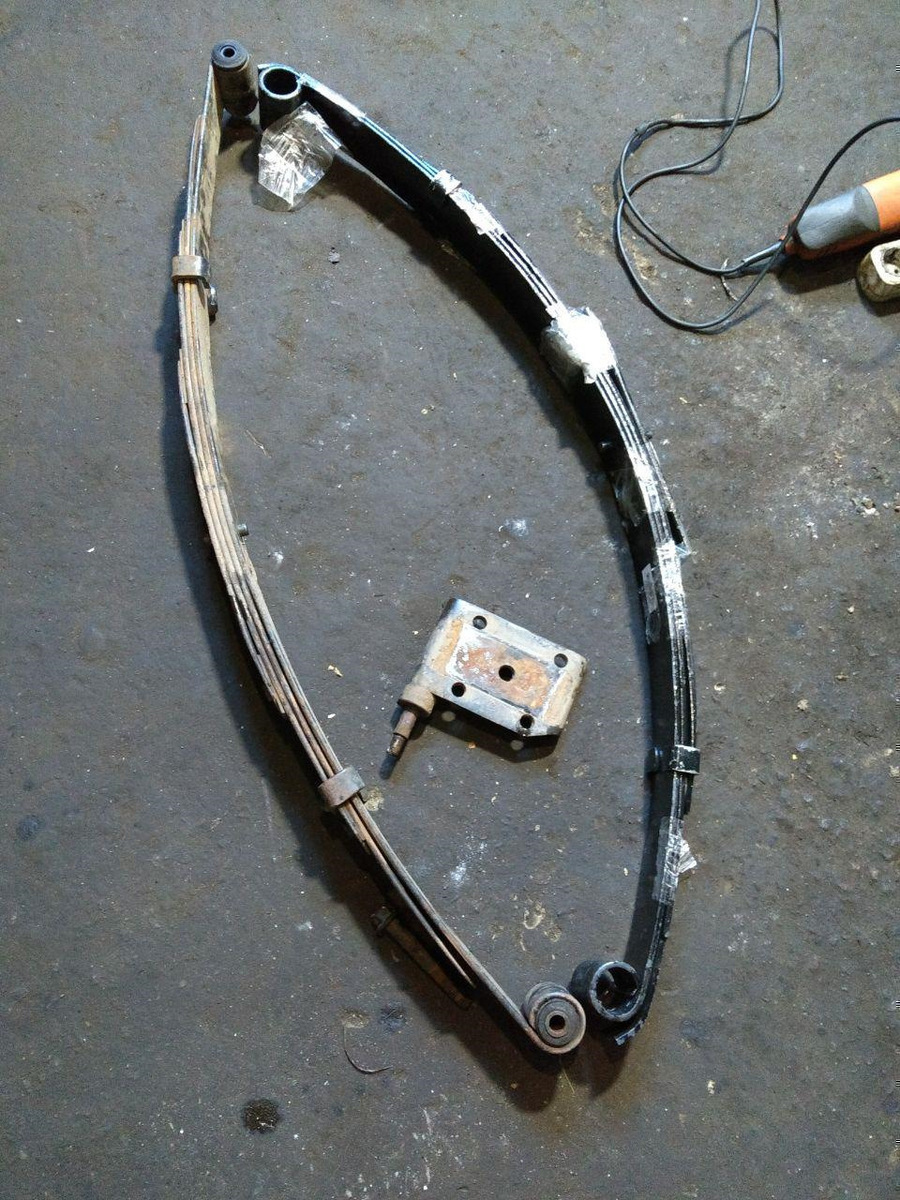 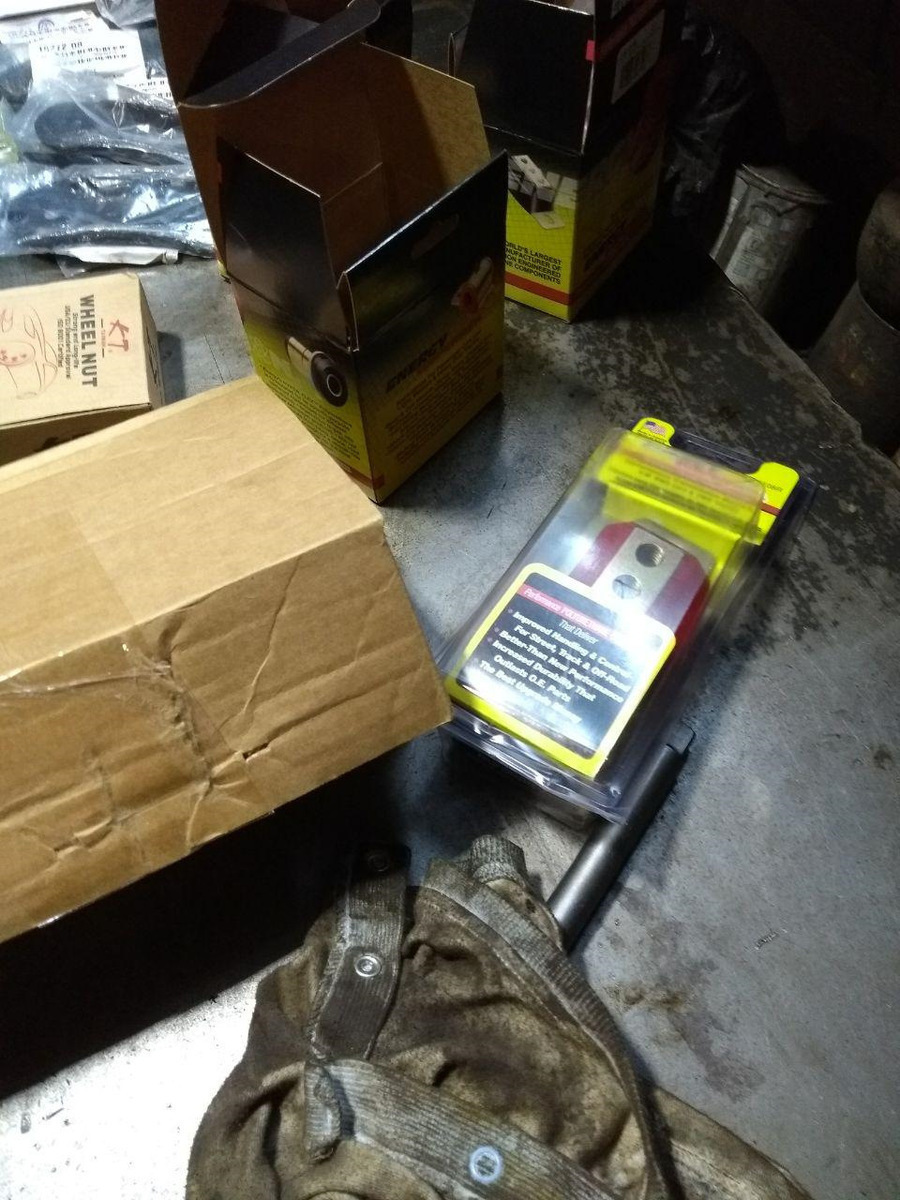 And in addition – the transmission pillow-block that was broken during the previous expedition. 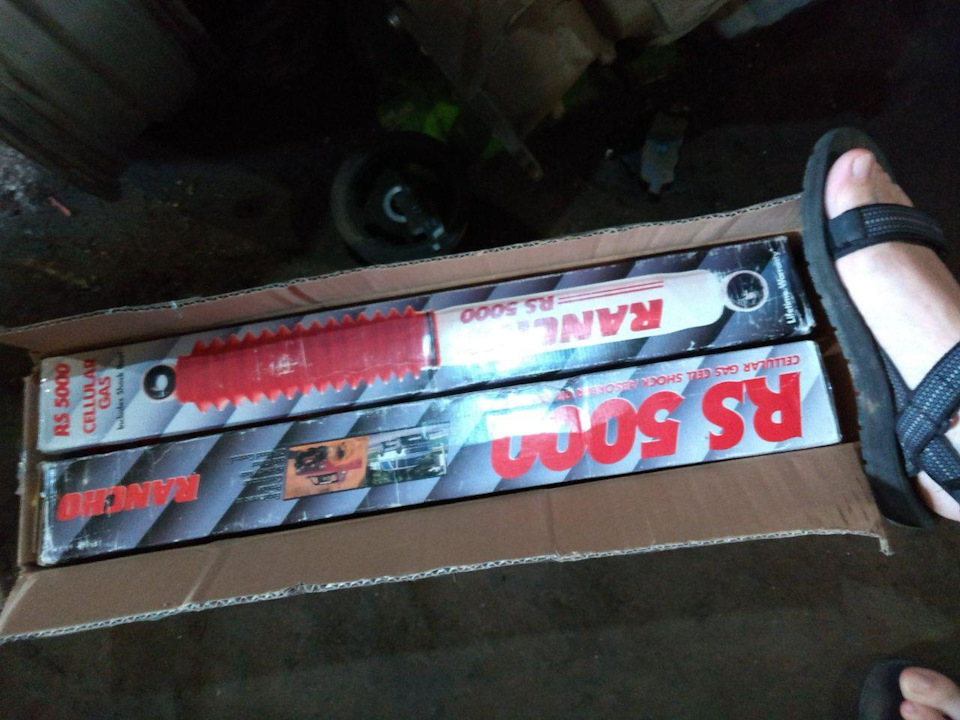 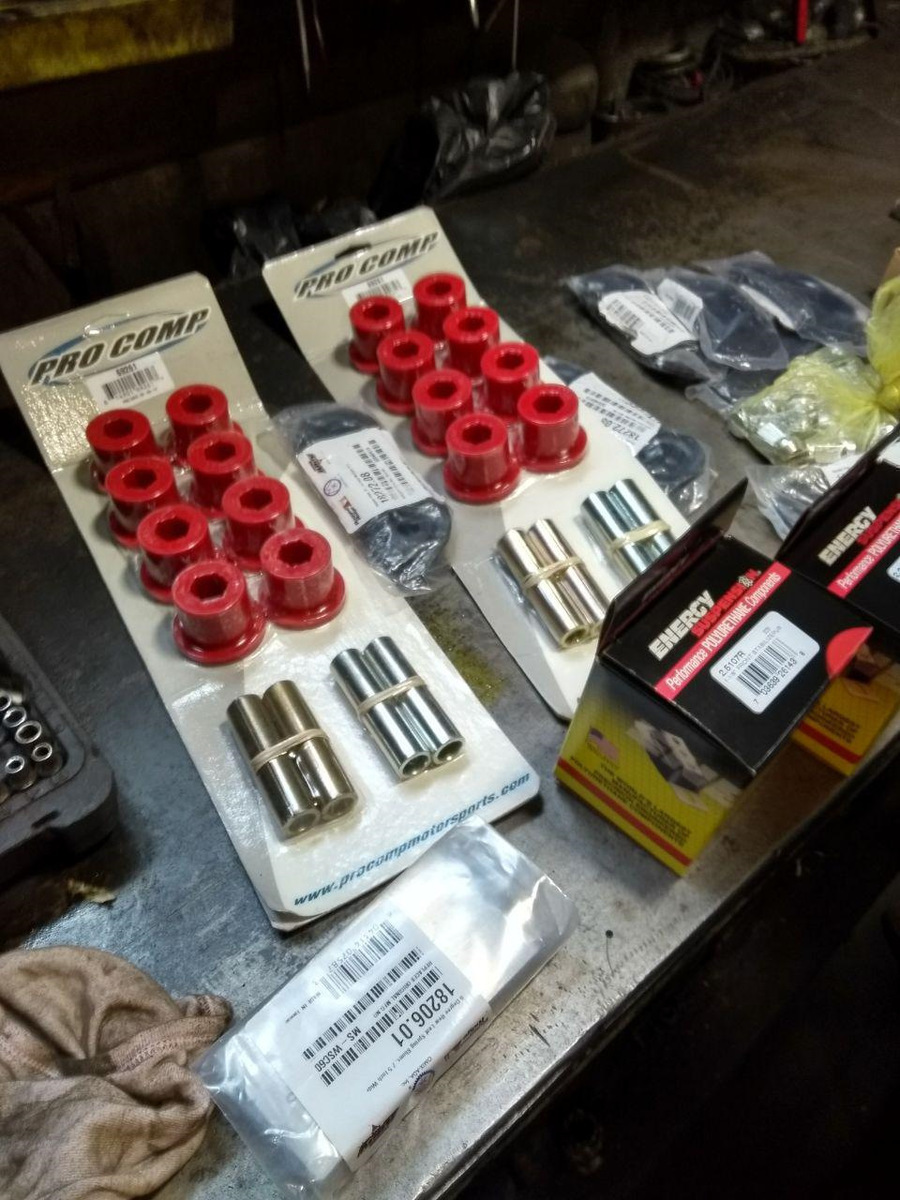 We also took some 6 degree spacers for the springs 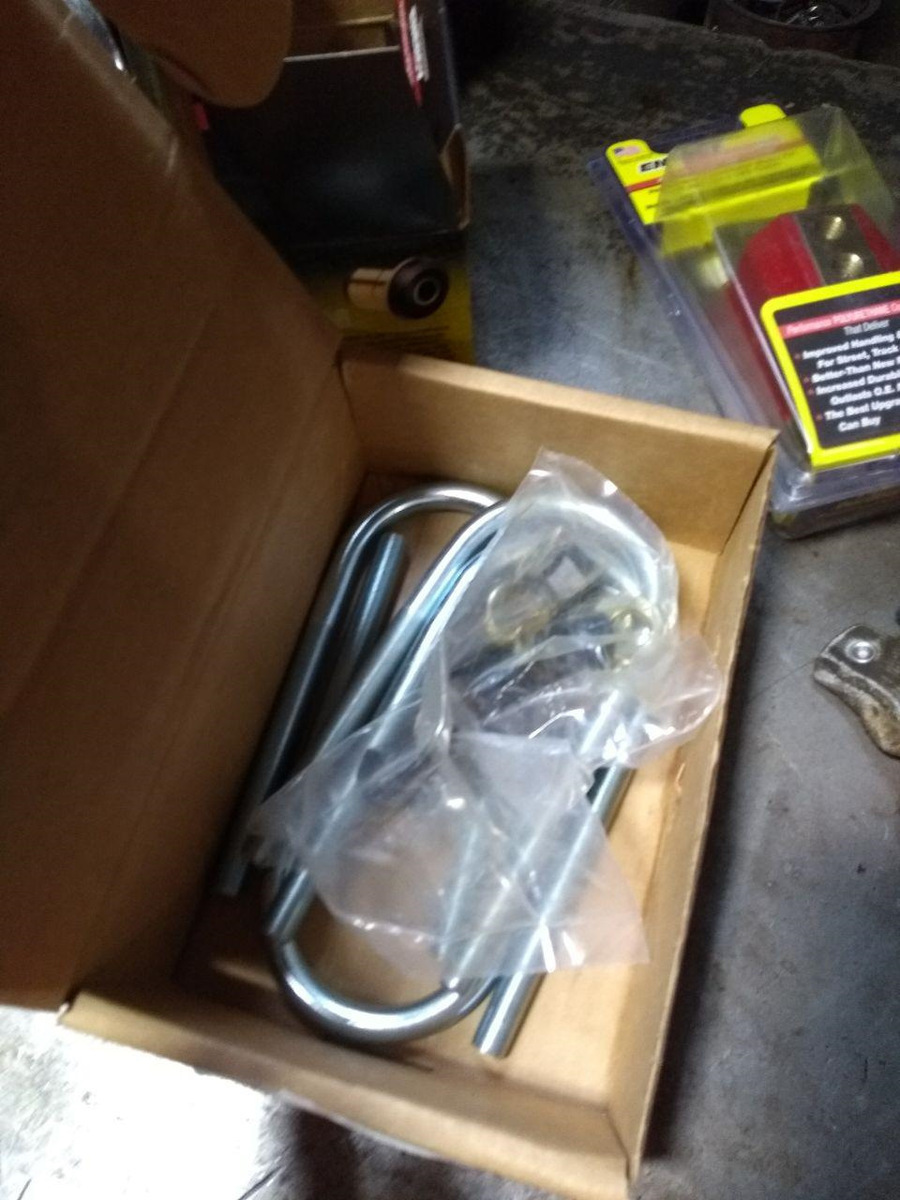 Almost everything was easy to take off. Only the back amortization dampers demanded the angle grinder)))
Everything was set back in place with no problems either. 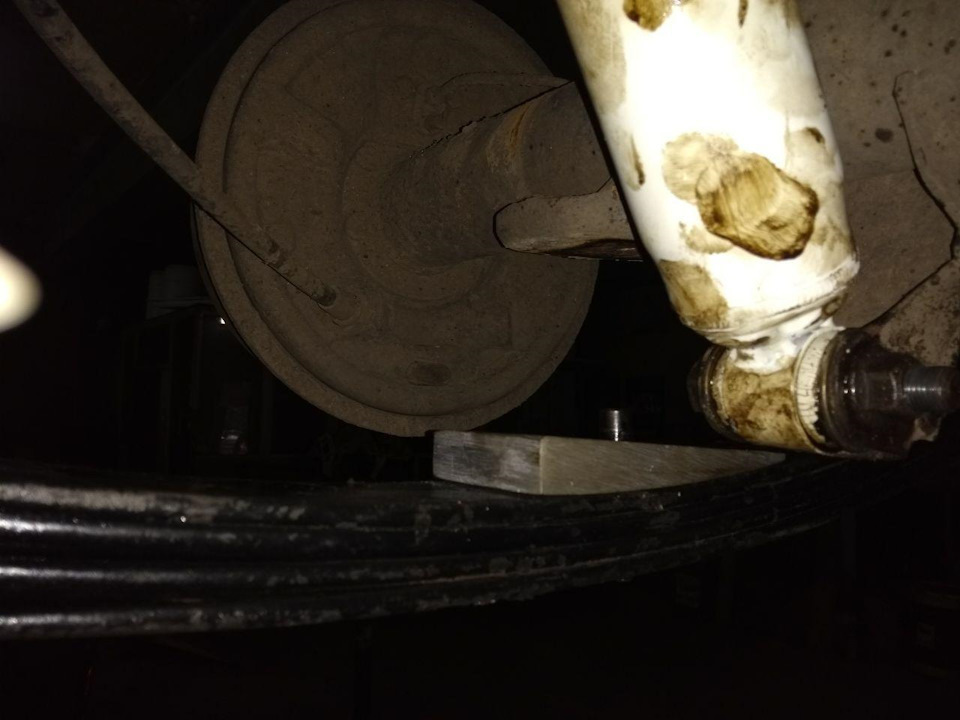 There could have been a big problem with the brake hoses – they were stretched out too much at the top position of the amortization damper. But we changed their position a bit, and everything acquired a rather decent look. I will still order the reinforced ones for the lift though. 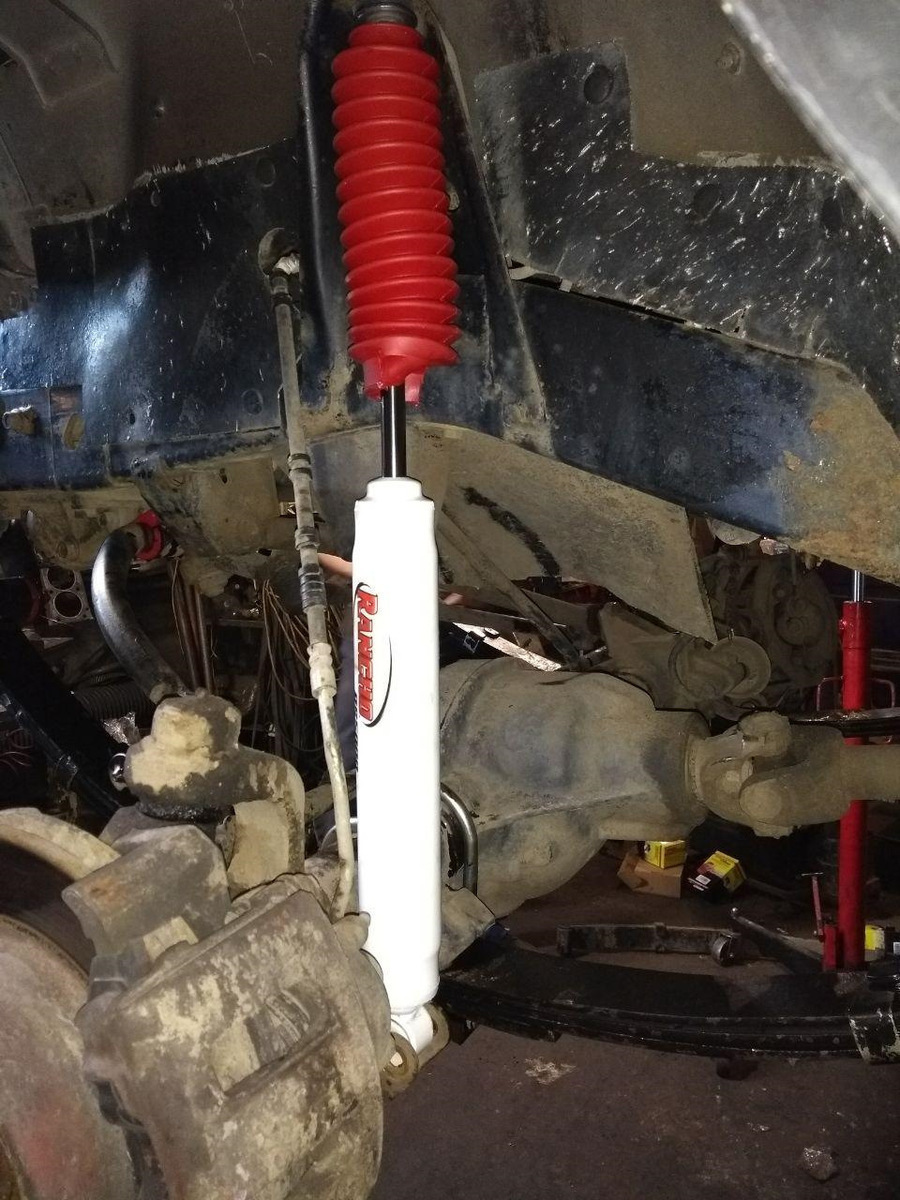 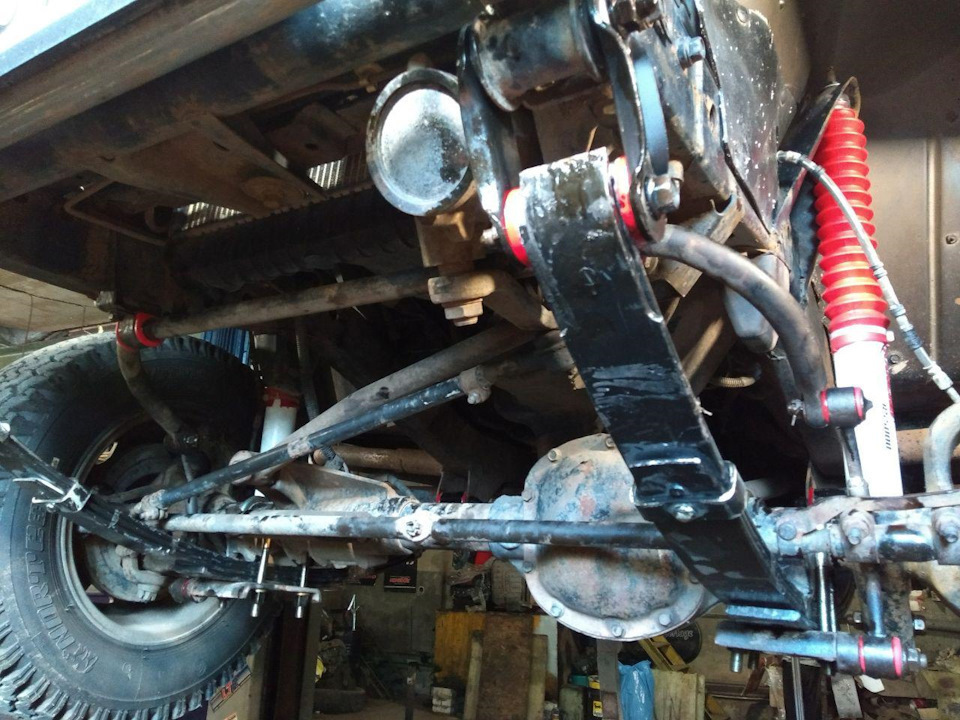 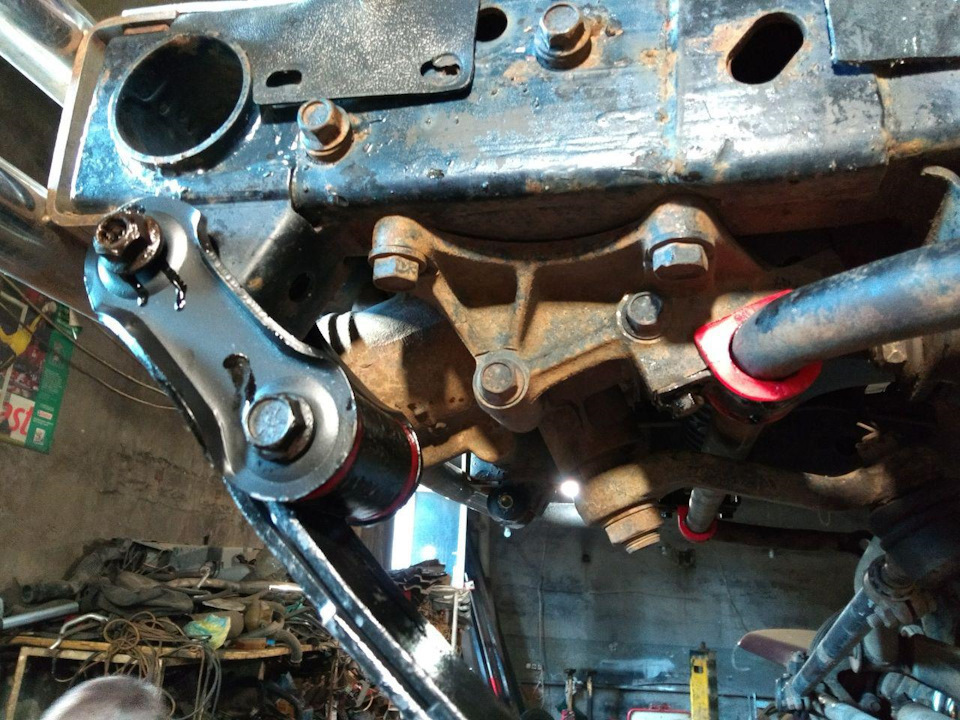 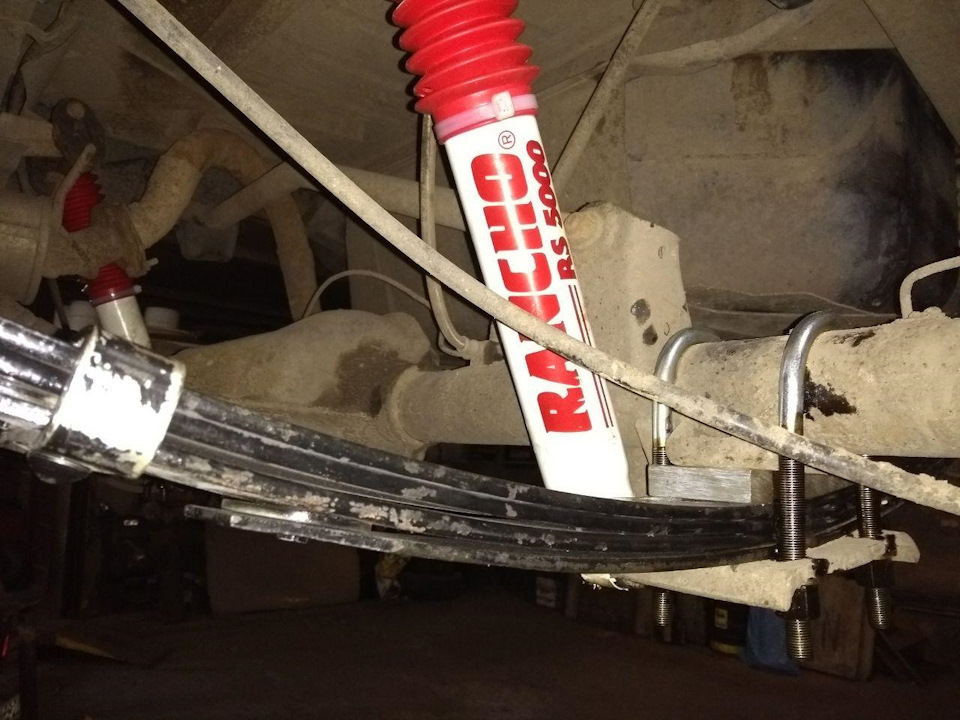 The transmission pillow-block was replaced. We checked, tightened and oiled everything. I bought the new wheel screw-nuts. They appeared to be not too popular and not very cheap. And the big surprise was the fact that the pins in the front were not 12 (!) but 12.5, that is 0.5 inches. And someone has changed the back ones to the regular 14. So now it’s necessary to change the front ones to the 14 too to make everything easier. 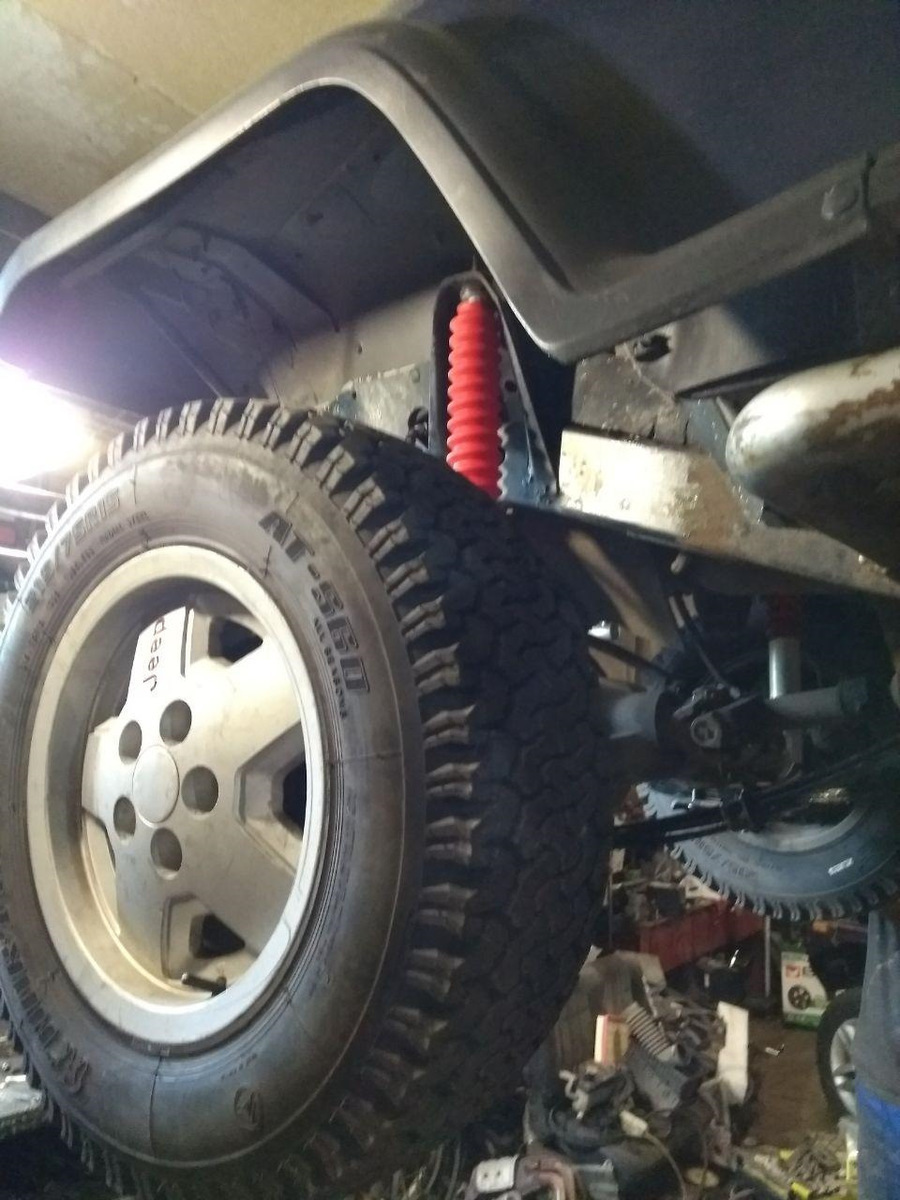 And so, there it is – the grand moment of the Hedgehog’s descent to the ground! Everyone is holding their breath – the worries are if it stands right or not. 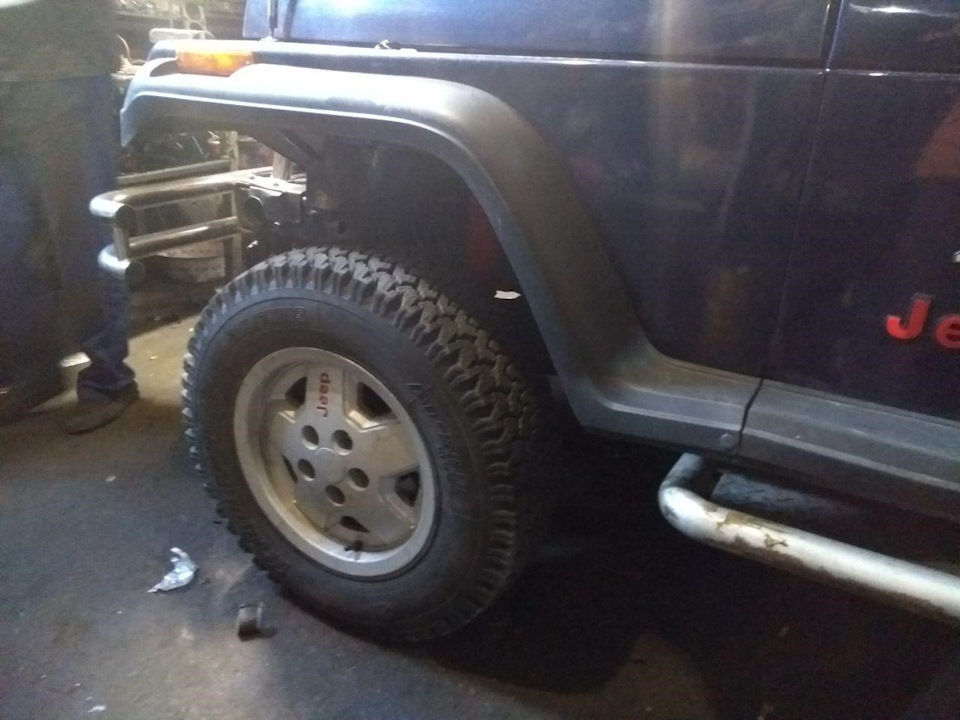 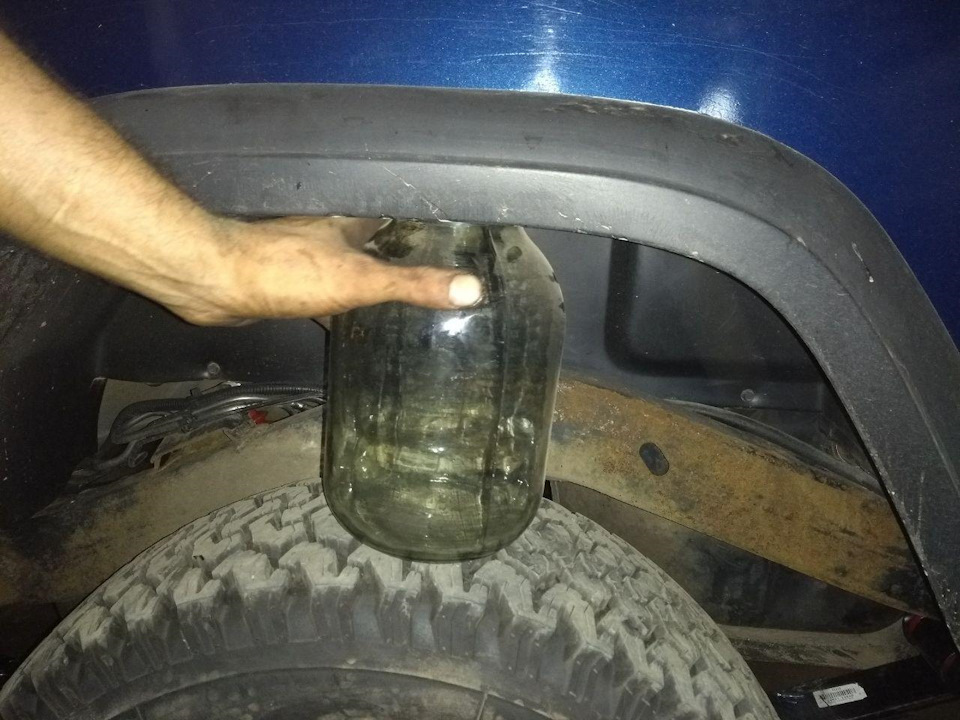 The effect can hardly be explained – 2.5 inches? Nope – haven’t seen that! Of course, everyone understood that it would go lower. But that was way too much. The only question was that after the first ride around the service place I detected an expected vibration of the cardan at 1.5 thousand spins, and it’s rather serious. In spite of the spacers, elongated ladders and stuff.
I was very sad. So what should be done? And how? I remembered the issue of the cardan kit and the new cardan for it. And that is not a minor time and resource issue.
The guys gave me a cup of tea, asked to stop being nervous and went under the Hedgehog’s belly. What were they doing there – I still do not know. I only heard from their talk, that they were easing some of the bolts and tightening the other ones; and then they lowered the transmission to 1 or 2 cm. Then they told me to have another test-drive. And the vibration was almost gone!
In the end, anyone willing had been jumping on the steps and bumpers for about two hours))) As a result – I was told to drive carefully in the city and around it in order for the car to settle; to install the winch in order to change the weight and to do something with the U-joint. The first thought was to make a hybrid from my U-joint and the 90 Cruiser joint that has two crosses. The second one (and the one recently in progress) – is to use the U-joint from some long YJ with a double cross. This idea takes much less work, expenses and, as a result, flaws. What can I tell ya? The car now jumps a bit more – that’s a fact. BUT! It became so incredibly soft in overcoming the bumps, potholes and rails! And if you add up the  feeling of “flying” above the other cars ))))) that is caused by the height) And also it became way more maneuverable than before. At first it scared me a bit. It turned around one back wheel instantly while making a 180 degrees turn. Very easy and unobtrusively – we simply faced the other direction in a moment! 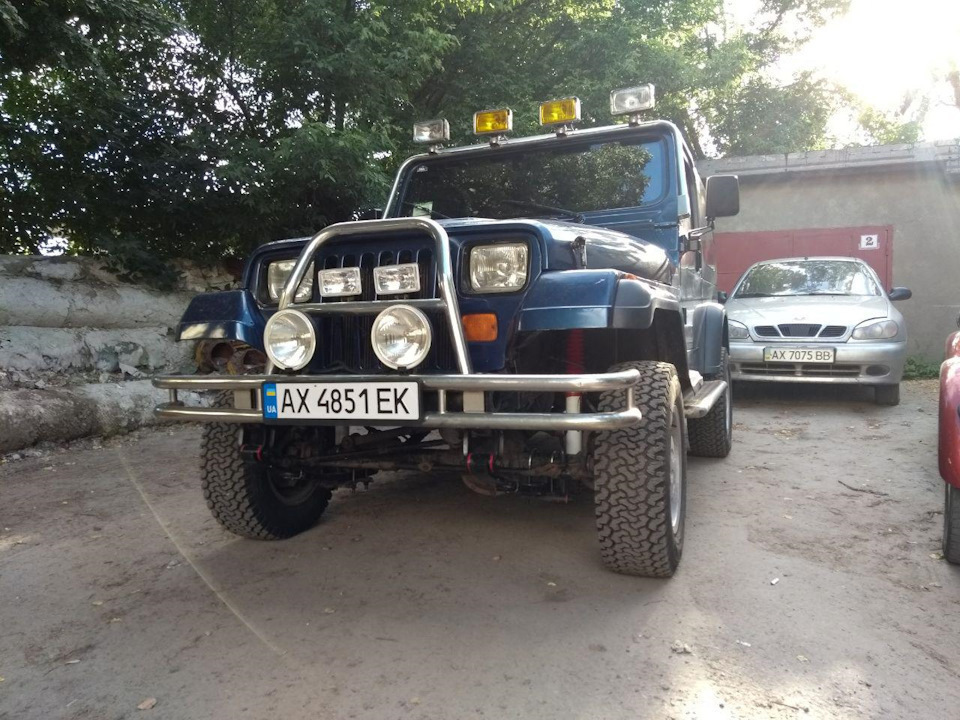 I have to use the steps now, even though my height is not the smallest one)) 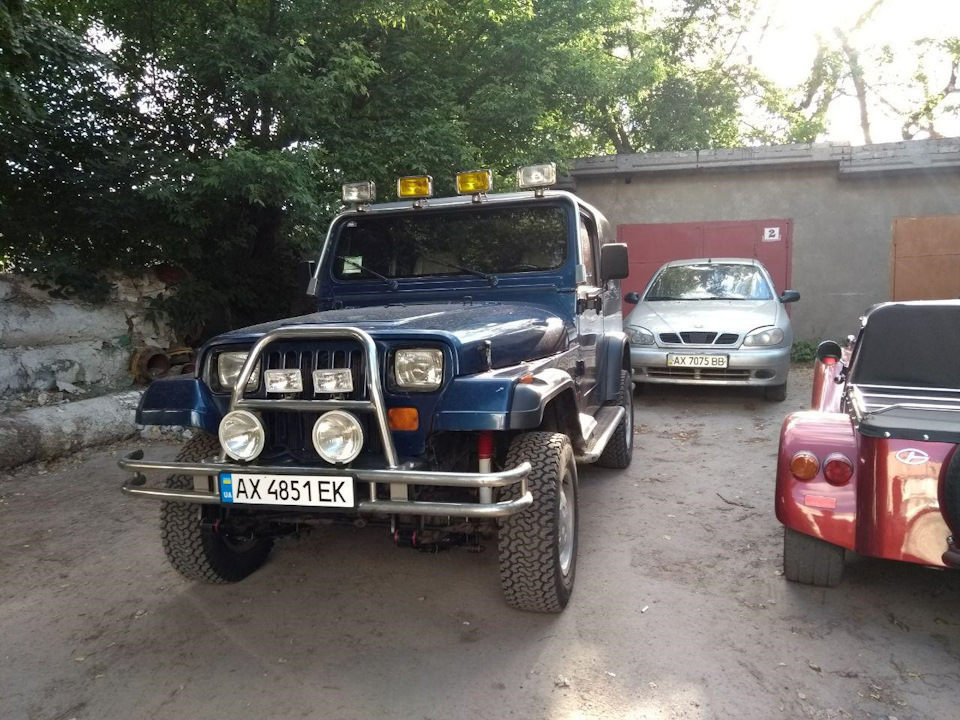 As always, the great Hedgehog thanks for helping in the process – both for looking for the parts and for the patience and a lot of information – goes to Hetzer-88. Thank you so much!
And Igor and Valera – there’s one more big Hedgehog thanks for you! For everything that you do for me and the Hedgehog))))