When the question of what I should get for my dad’s birthday aroused, I began looking through tourism shop magazines, for he is a fan of going to the mountains or having a canoe-weekend. And that’s when I happened to see this thingy – a french-press-thermos by Stanley. My dad is an expert in all sorts of tea, so I’ve stopped at this idea.
The fact that I’ve been using a thermos of the same producer for about five years and it never failed me – only added up some confidence to my decision. There are no complex mechanic parts (my thermos has no buttons – simply a twisting cap, and no handle), nice quality and it is pleasant to touch – what else would one want from such a thing? It still has no dents, cracks and other damages, and let me tell ya – it’s been through quite a number of adventures. Once it was left in a car for 4 days (or even more) in winter – and the tea was still warm when I opened it ))).
Simultaneously with the Stanley, I’ve made numerous attempts to find another one in order to have a set, but none managed to handle the cruel reality)).
So the deal’s done – I presented this wonder of the engineering thought to my father, and we decided to test it together:

This great appliance for tea (coffee) lovers is rather compact: 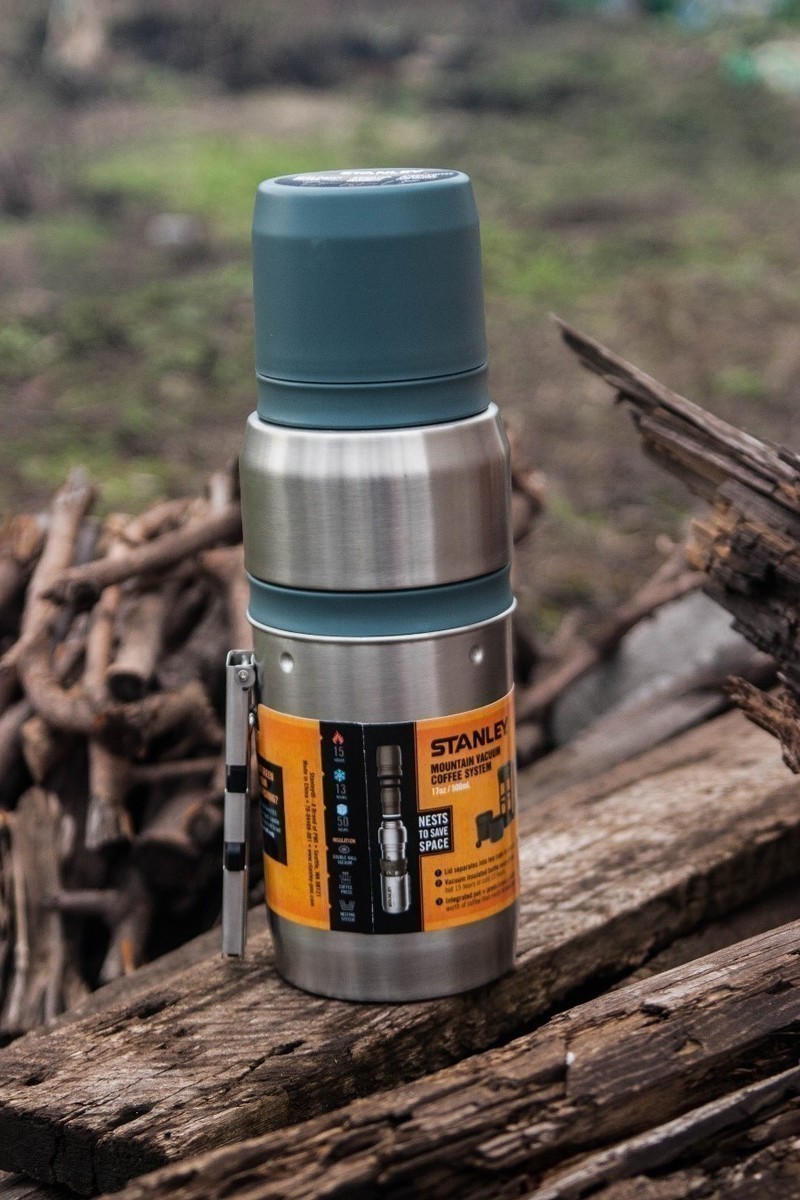 There are a few nicely made elements in the set. The first thing you touch is a cup. Well, actually, it’s two cups. They fit into each other and become a single thermo-cup, that has a layer of air in between the parts, so the tea doesn’t get cold even longer and doesn’t hurt the hands with the heat. To be just, the cups do cope with the temperature difference even when used separately)). 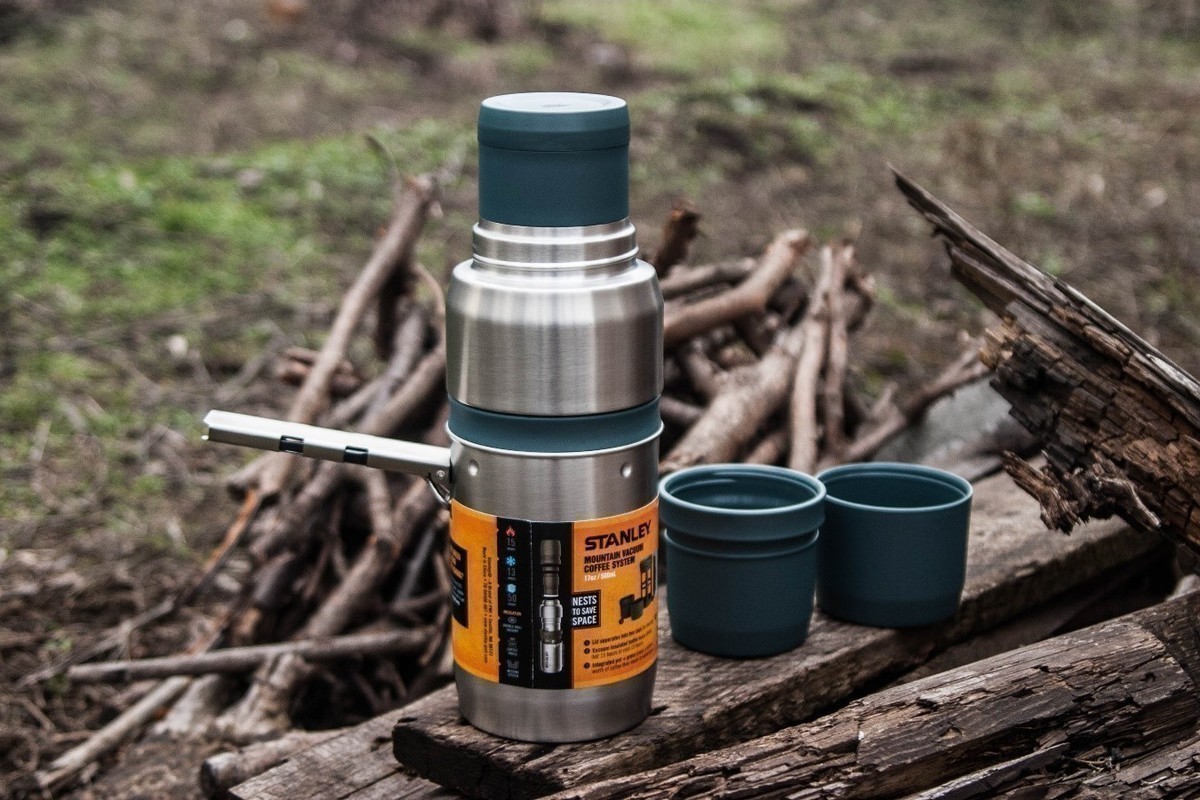 There is a plug that closes the central part of the thermos under the cups. It holds the warmth even when the cap is taken off)). When the tea had been brewed and placed into the thermos, my dad kept checking it every ten minutes and said “Just try it – it’s freezing cold on the outside!”.

The plug-cap is empty inside – this is intended for storing dry tea/coffee. I’ve met a few feedbacks in the net about it – they say that the coffee in this container might get damp because of the condensate, if the water in the thermos is boiling hot. Haven’t checked that one personally yet. 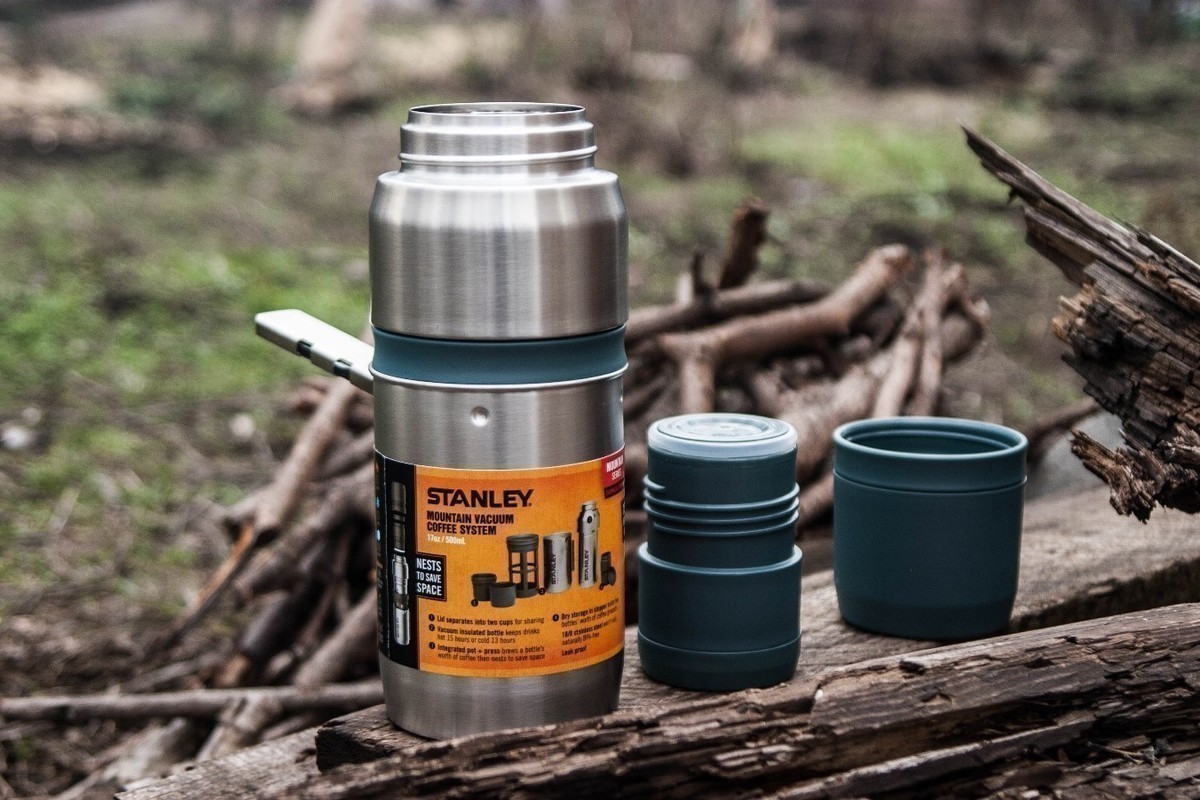 After that – let’s unscrew the thermos from the “cezve”:
“Cezve” has extremely nice handle. It fits the hand nicely, it is stainless and has the retainer (it is made from plastic – so we will see it’s durability over the time). Retainer works nice – it doesn’t tend to some specific position of the “cezve” and doesn’t play any unpleasant jokes with you.

Since the “cezve” has a purpose to boil tea/coffee using the primus stove or the open fire, the following question appeared: whether it is safe enough for the plastic handle fixator, but we decided to check it some other time. 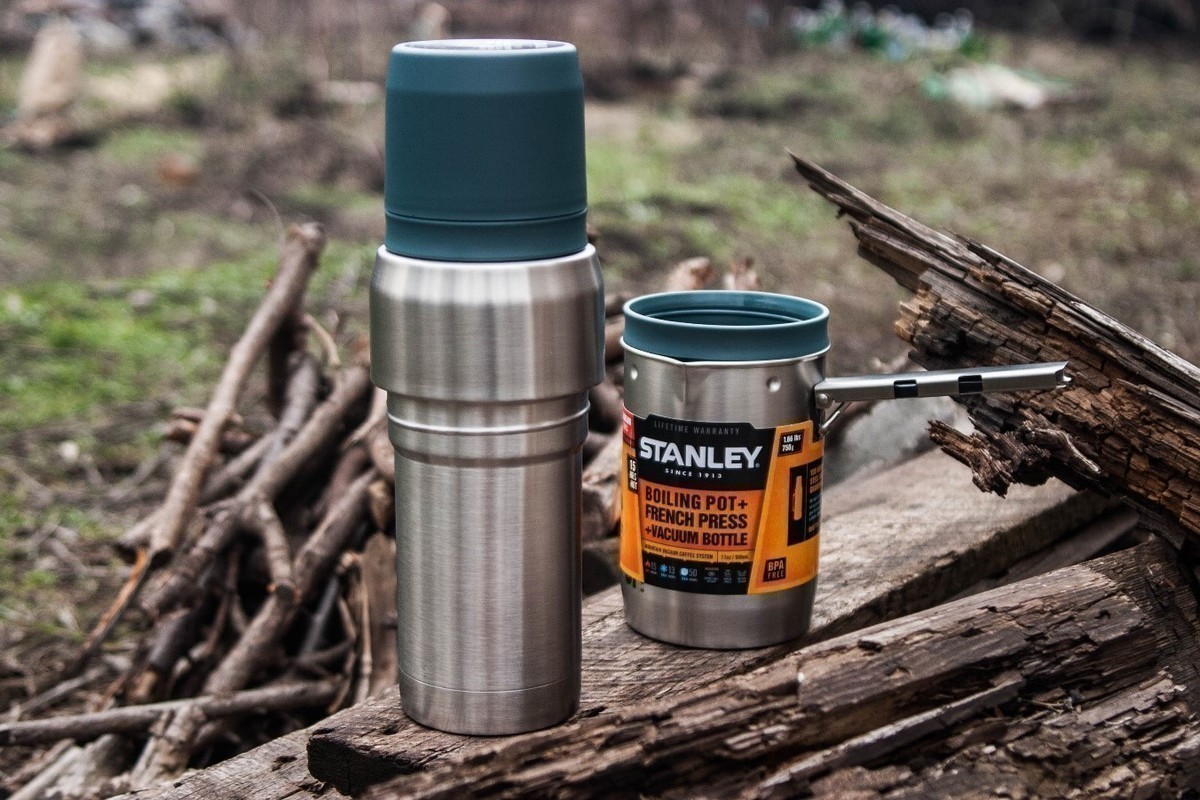 There is a plastic filter with neilon net on the bottom inside the pot. In the “expedition mode” it is fixated within the ‘cezve’ by bayonet holders easily and strongly. 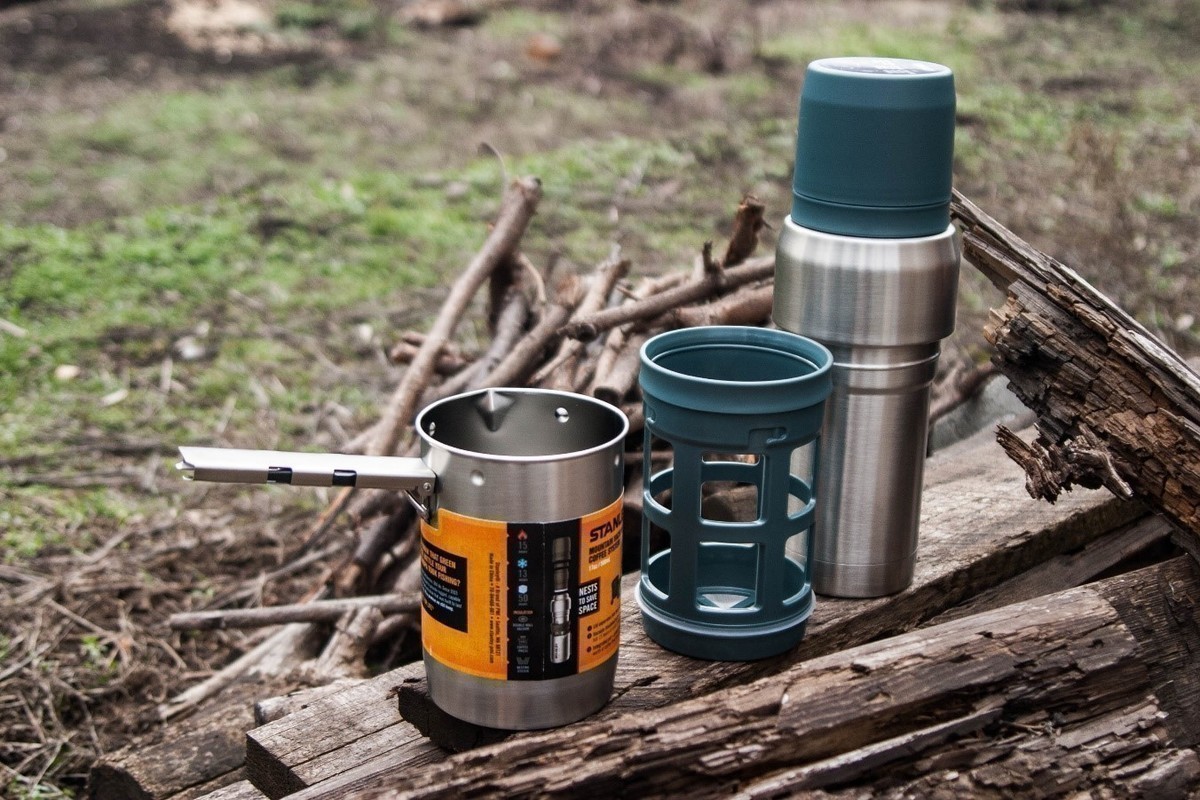 The ‘cezve’ and the thermos volumes are surprisingly identical – 700ml.
So… We grabbed some tea, put it into the ‘cezve’: 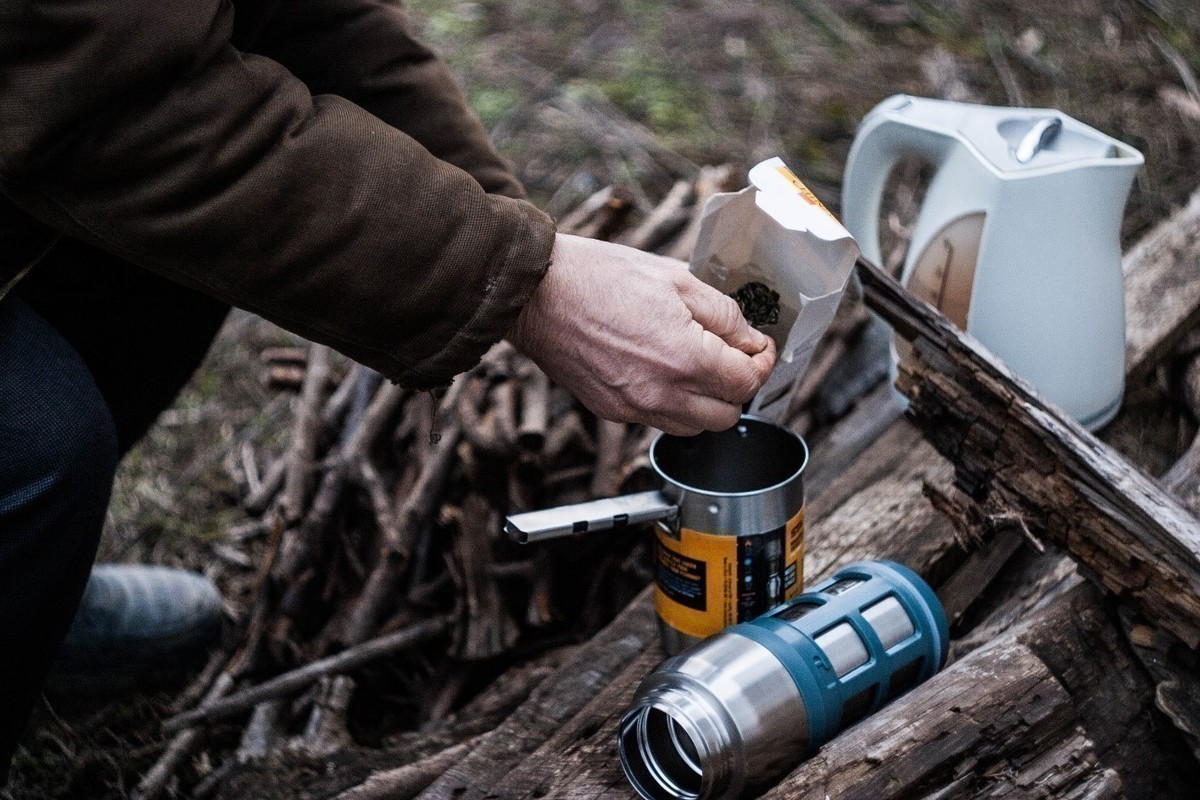 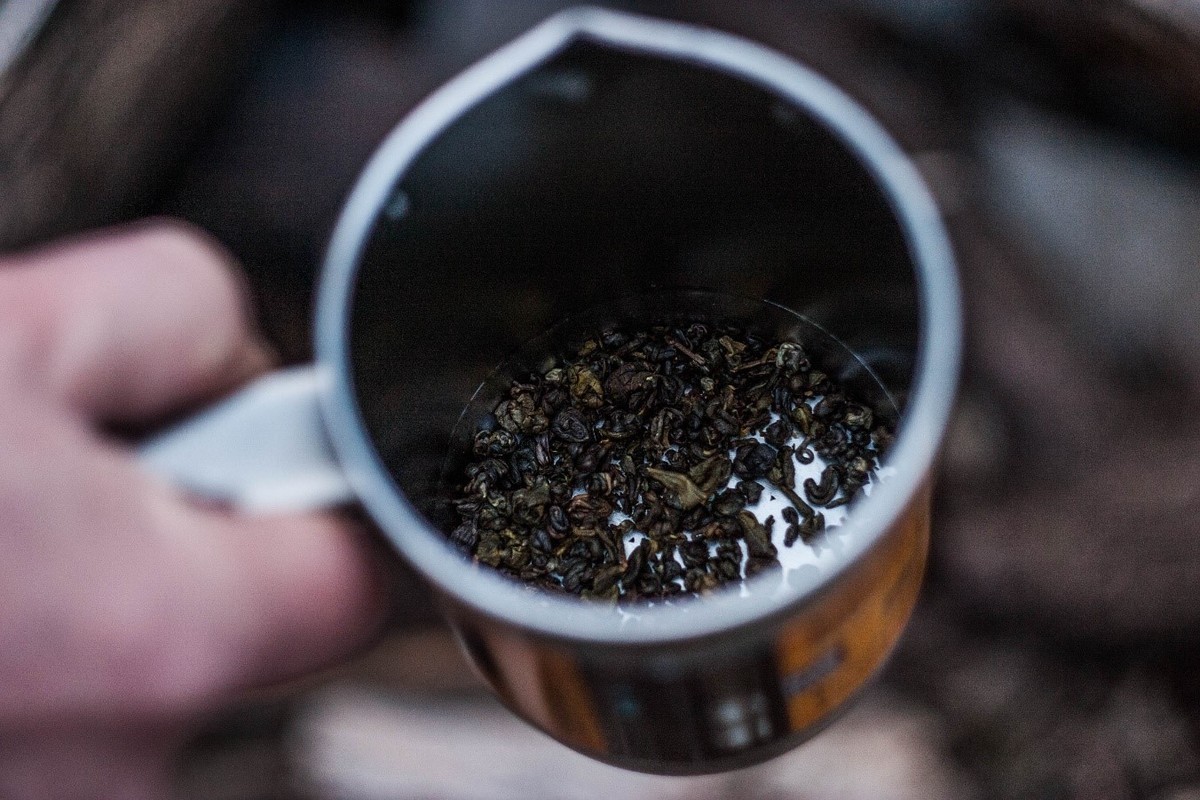 It appeared that we’d been a bit too fanatical about the amount of the tea))))
As our aim was to check the simplicity and the convenience of using the kettle, and its ability to hold the temperature, we took the boiling water: 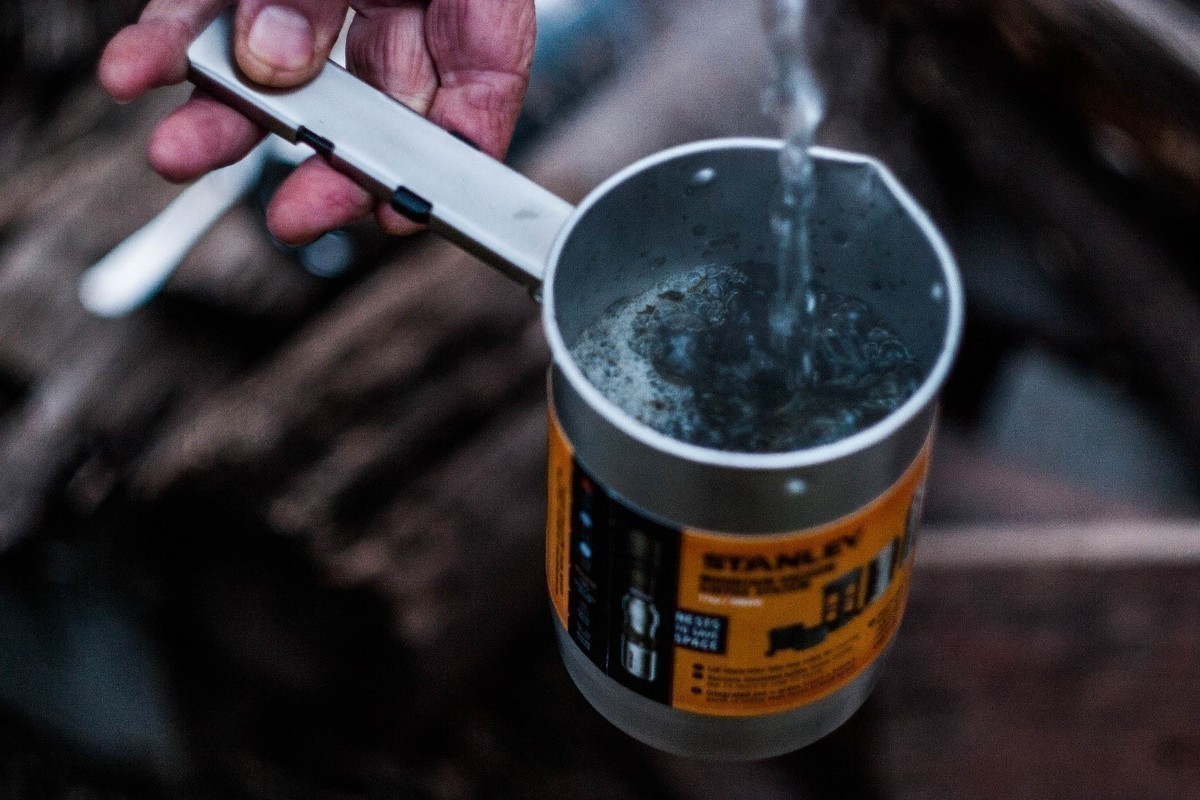 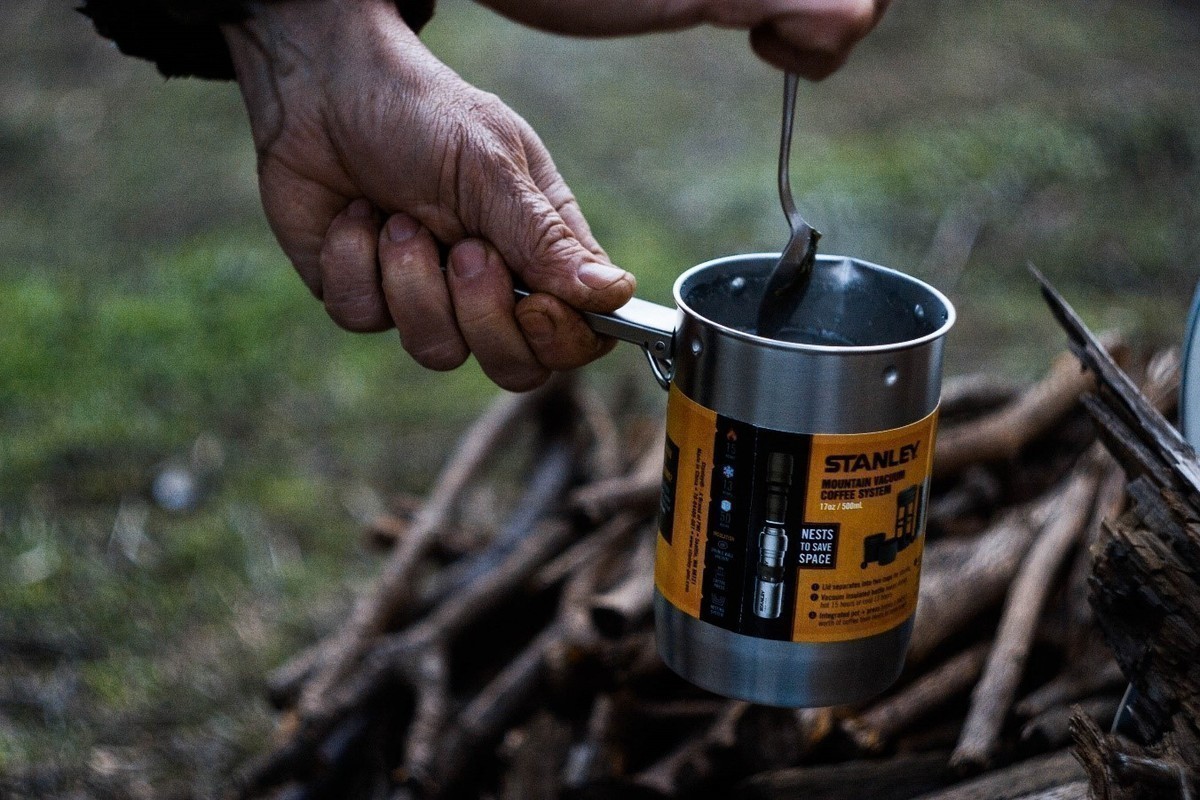 We found out that the internal part of the pot either had some special coating, or the material itself had some particular features – the water drops gathered up around the walls, and it didn’t get easily wet. IMHO, that’s more about pros rather than cons, – it should be easy to clean.
Then the filter work check – we squeezed it down slowly: 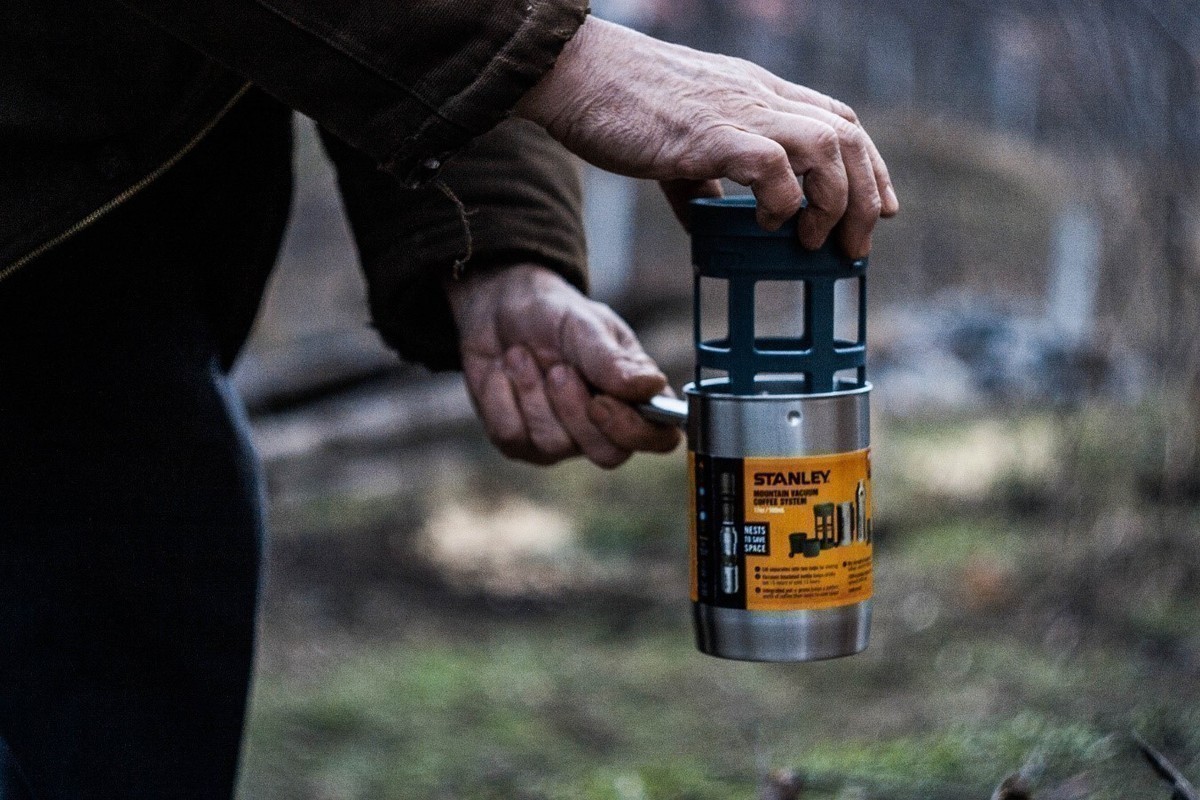 There is a silicon sealant in the bottom part of the filter – all the tea leaves get filtered through the net, everything goes easy and with no problem whatsoever. 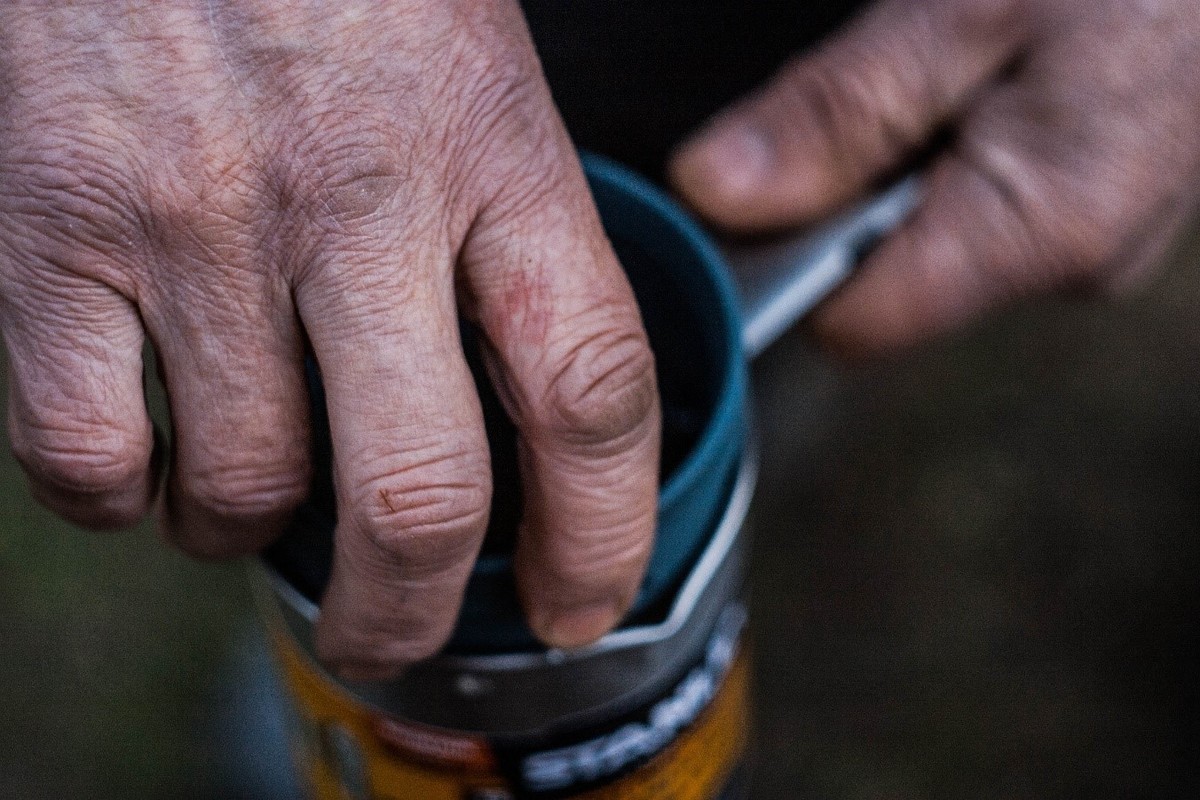 There is the only little problem that I can think of – the spout is made to suit the right-handed people (I have never met the one suitable for the left-handed folks))), so we spilled some tea over ourselves a bit))) But everything straightened out when we took the pot into the right hand)) 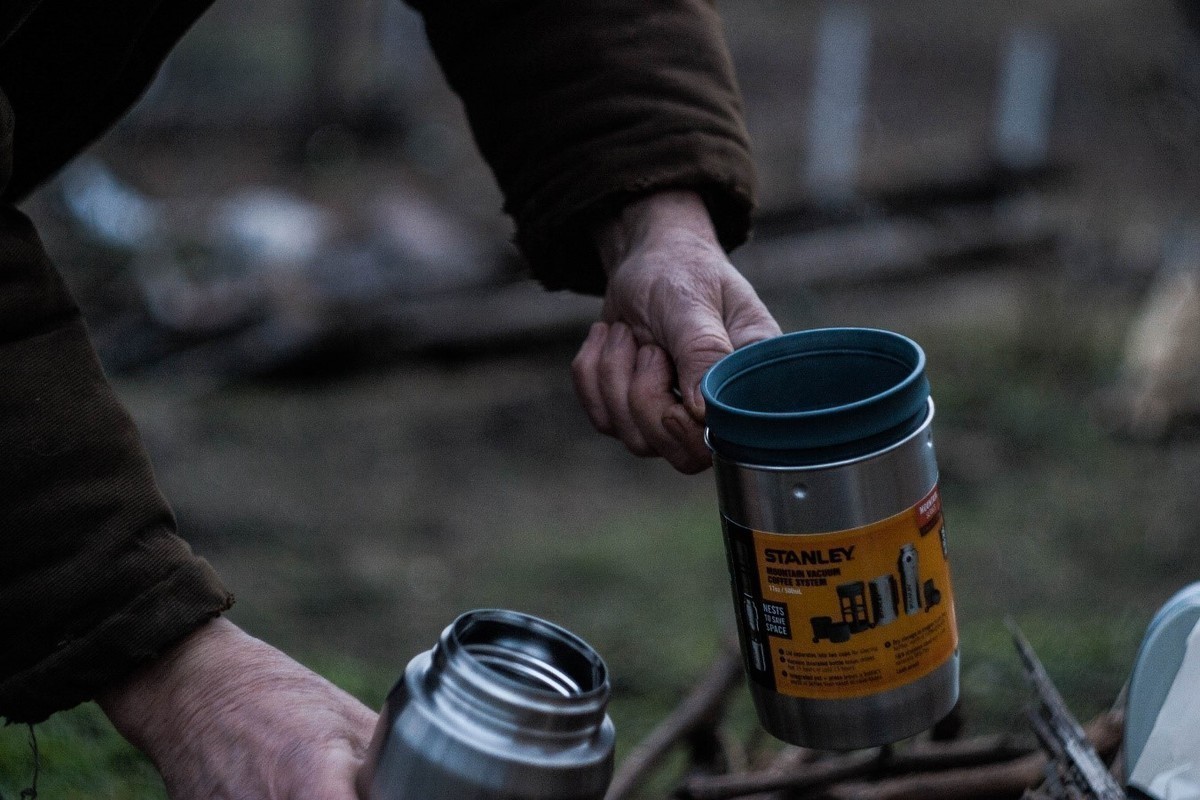 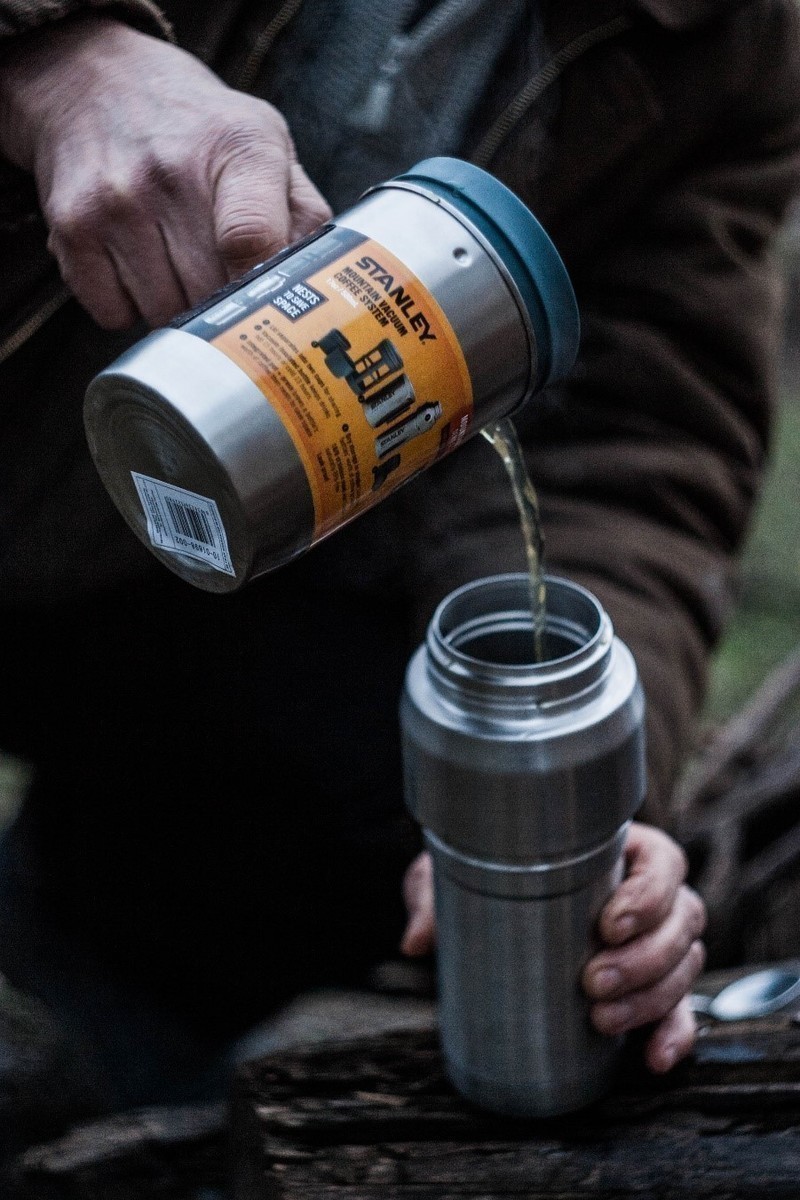 So now all we’ve got to do is to taste the tea and to check the temperature holding time: 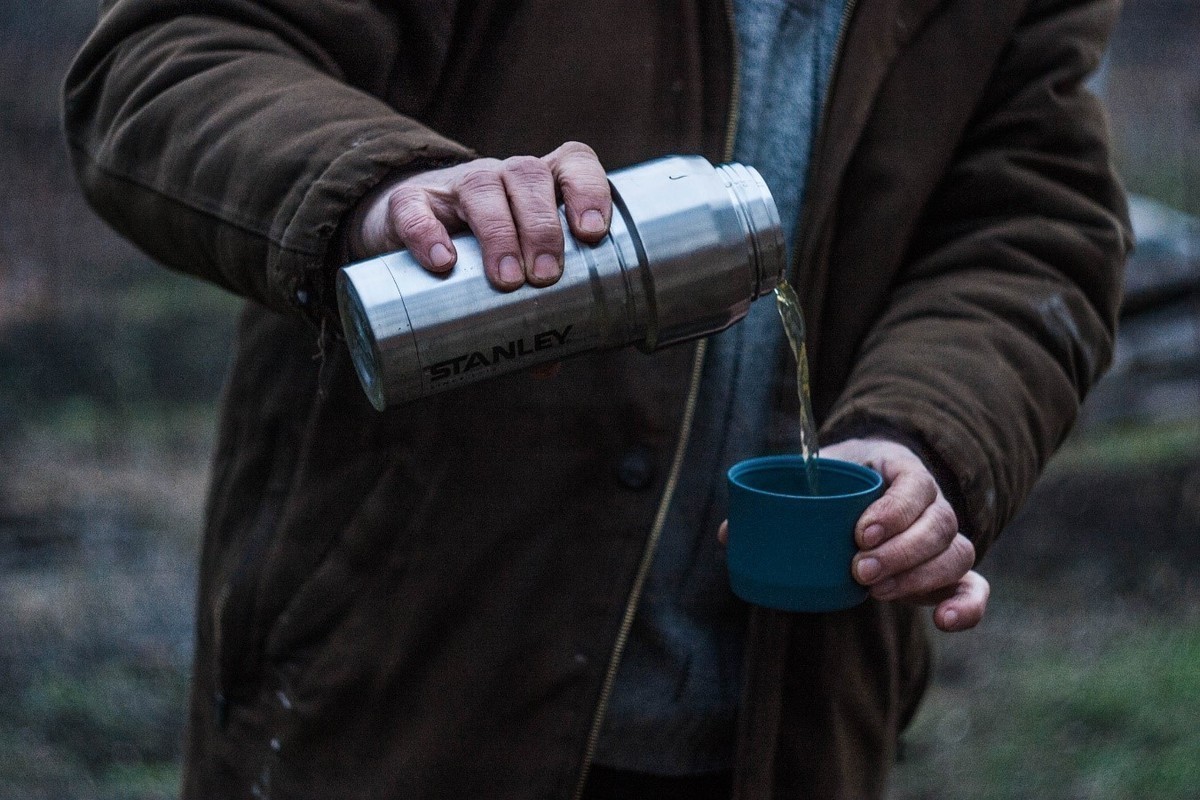 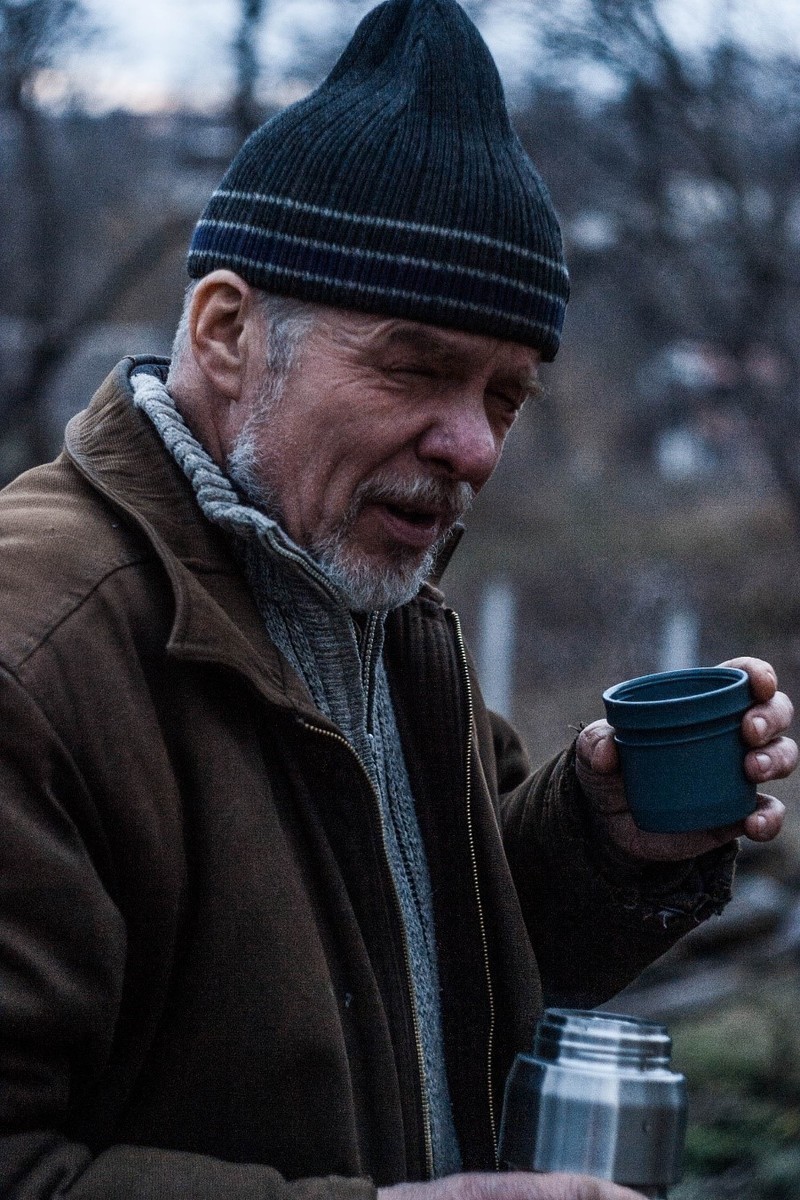 That’s when we realized that we over-brewed the tea)))

It’s necessary to be mentioned, that the materials this wonder is made of did not influence the tea taste at all – no plastic/rubber/metal smells were noticed both while unpacking and drinking the tea) 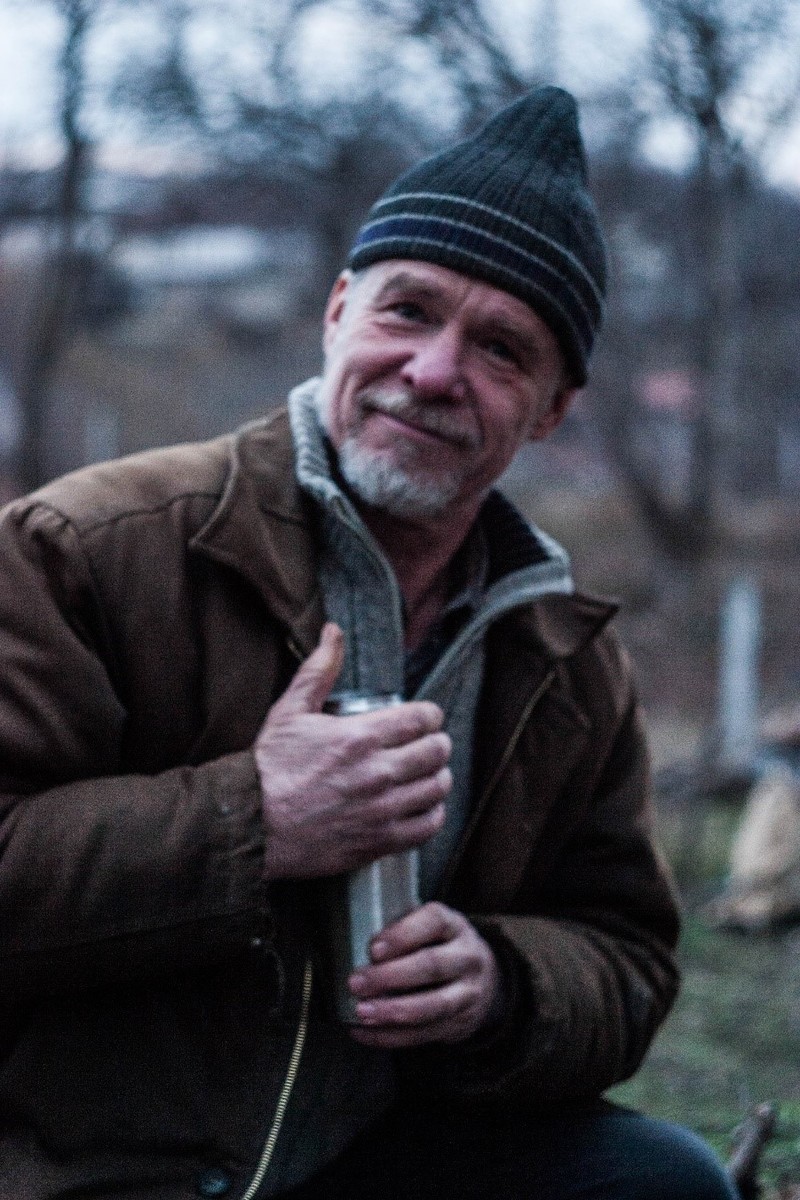