Ride with the princess

Once we’ve got a call from our friend, Anton Bondarev и предложил “покатать княжну Галицину по историческим местам”. He suggested to “give a historic places tour to princess Golitsyna” .Naturally, we said yes))
The route was chosen from the ones where we have already been, since we didn’t want to play lottery and take chances with the princess. In addition, knyazhna Ekaterina Alexandrovna – was a European lady and was not a young girl, too – so she wasn’t used to our roads.
So, it was May 24, and we met in the Kharkiv center (already stuffed with coffee and petrol))), gave the lady and the journalists the back seat in the Patrick. The operator and two people working for the princess (Alyona and Martin, a fun german guy, who had been living in Ukraine for ten years) joined me in the Hedgehog.
I was a bit worried that the Hedgehog would not be appreciated by the guests – for she is very sensitive for all road peculiarities; but everything worked out fine and fun!
The first place we went to was Skovorodinovka — there is a museum and a beautiful (and polished!) park. The museum happened to be closed, but it was a great pleasure to have a walk in the park. Theoratically, the park is dedicated to Grygoriy Skovoroda – the outstanding Ukrainian philosopher, poet and pedagogue, but there was only the closed museum and the monument present to witness the idea. Well, there was also this dead oak tree which was, supposedely, much appreciated by Grygoriy Skovoroda, if the legends are true. 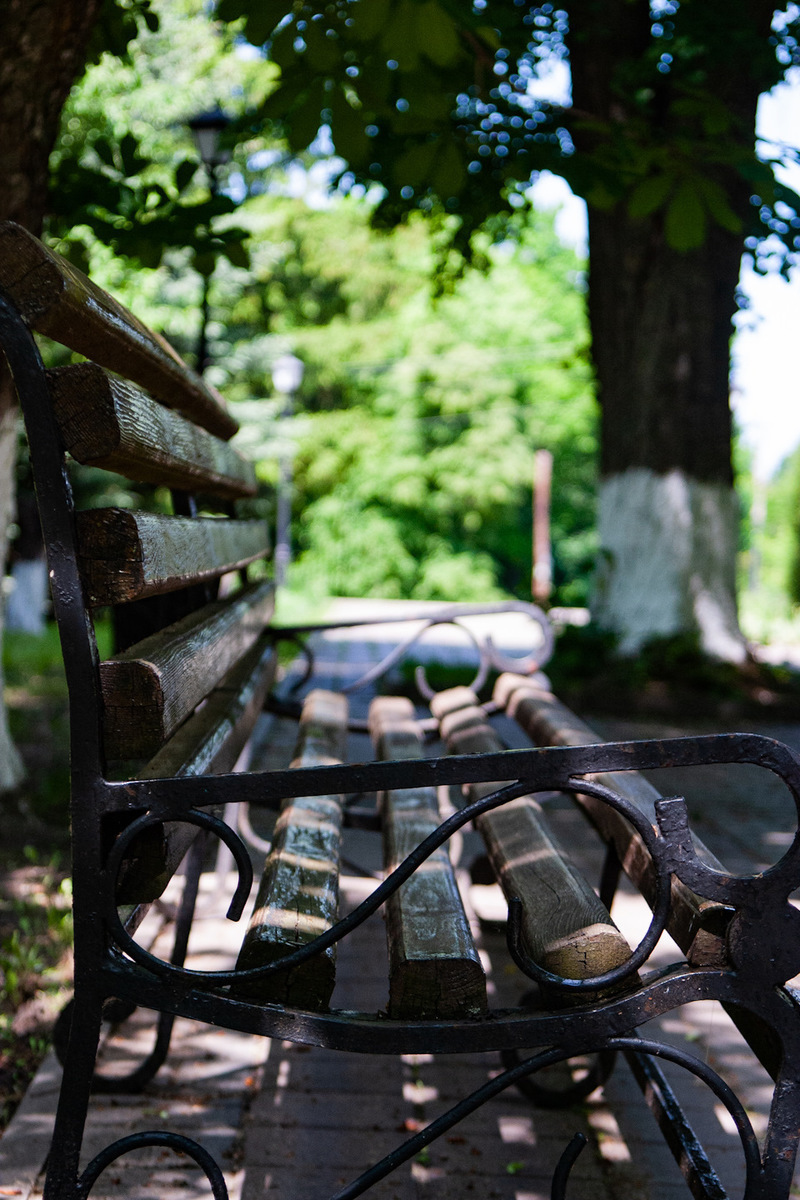 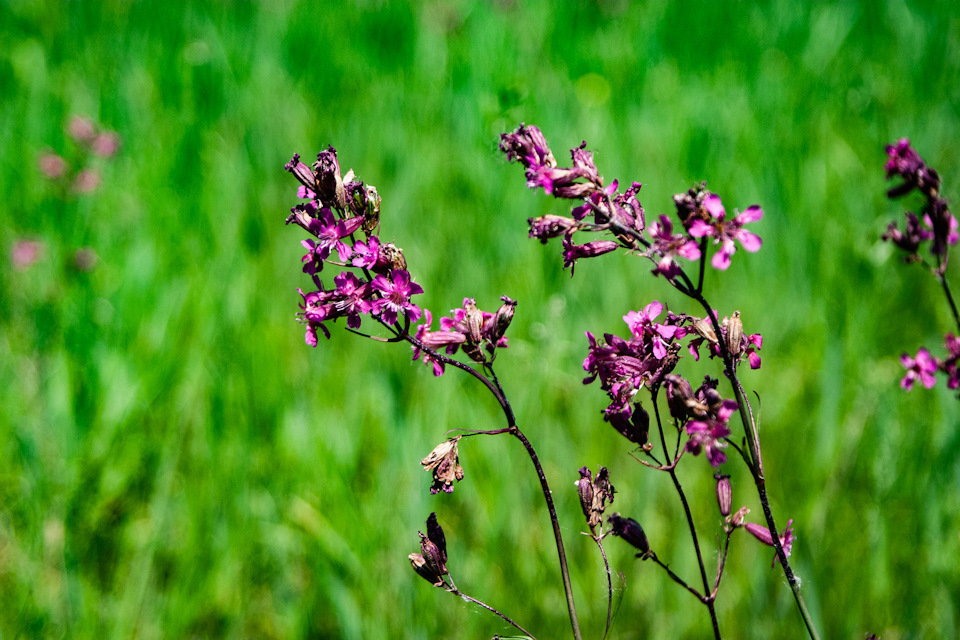 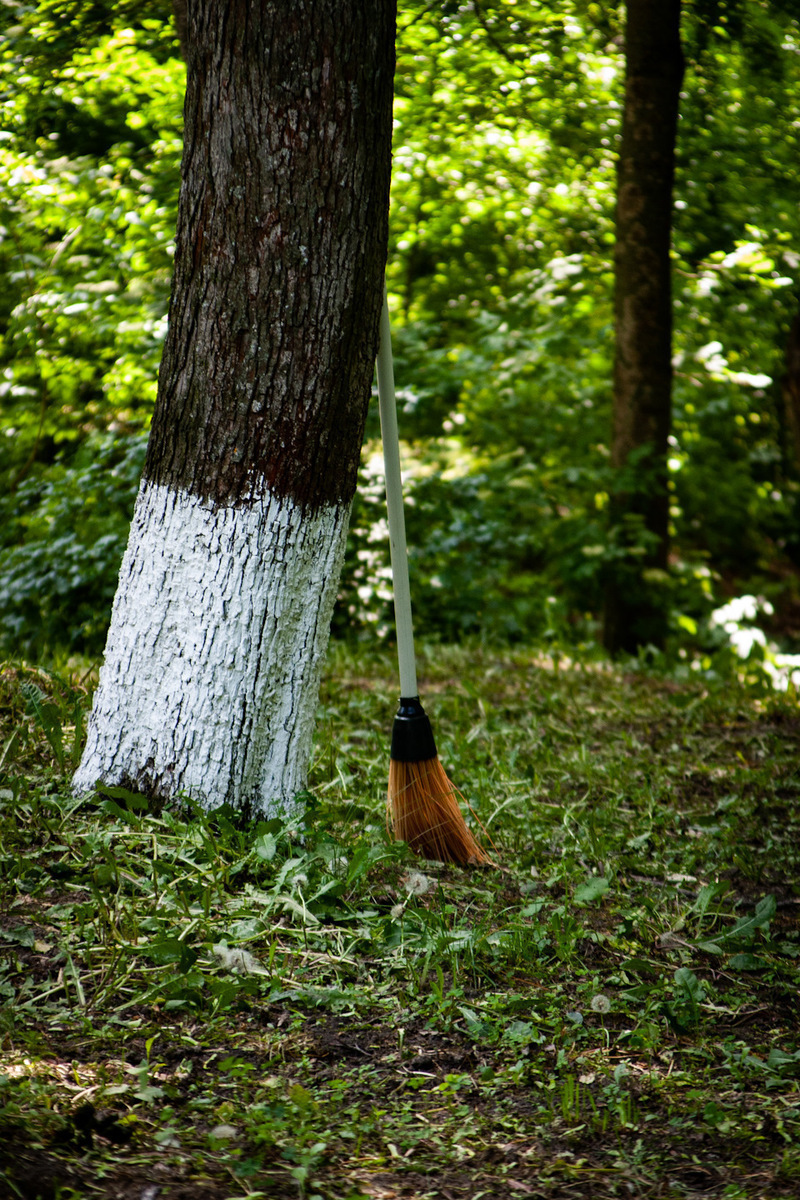 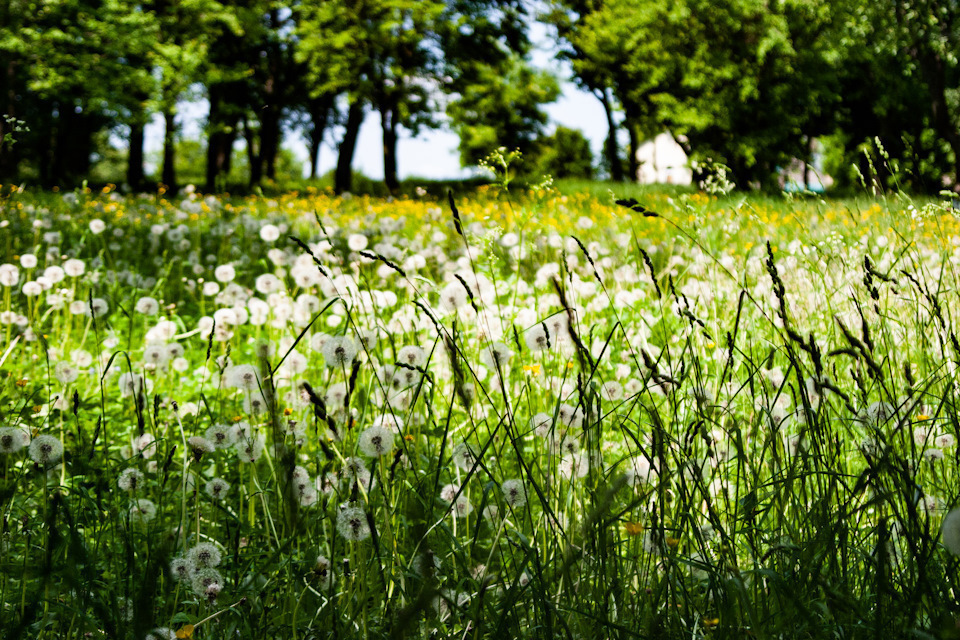 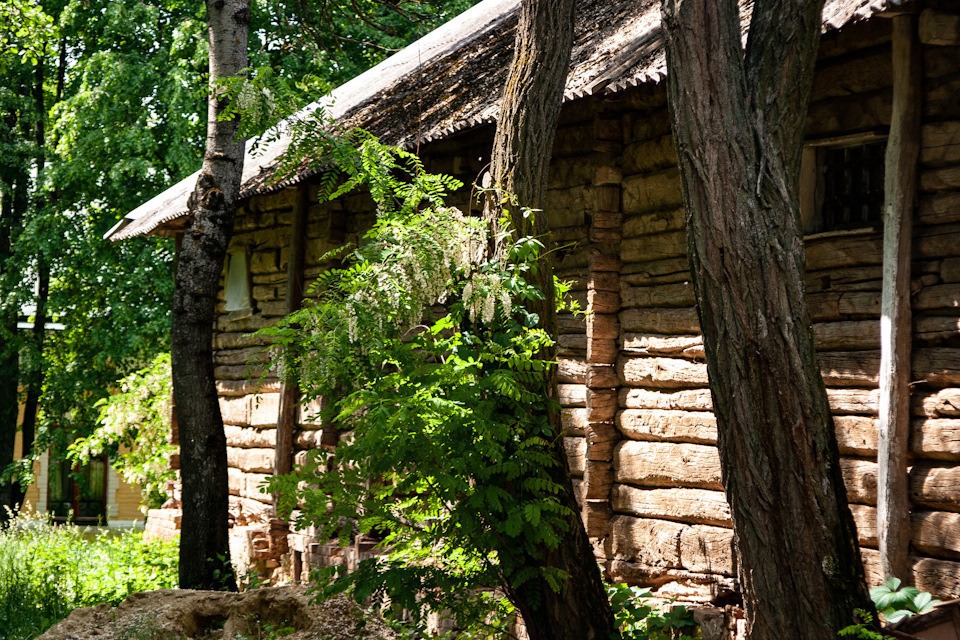 The thing is, the way there could hardly win the “best road” prize. The alternative way means taking the Kyiv highway and then suffer a little bit of the short, but really-really bumpy road.

The next spot to visit was the count Kleinmichel mason. It was built near the Liutovka village in XIX century, taking the place of the earlier dwellings.

We had visited the place last autumn – and nothing had obviously changed since then. Luckily – in terms of not getting worse, and unfortunately – in terms of not getting any better. The wind still sings its songs through the broken roof, the tree peeks into the ballroom, and the steps of the main entrance are tired and flat… I must admit, the brightness of colours around do easen the spooky atmosphere a bit, though. 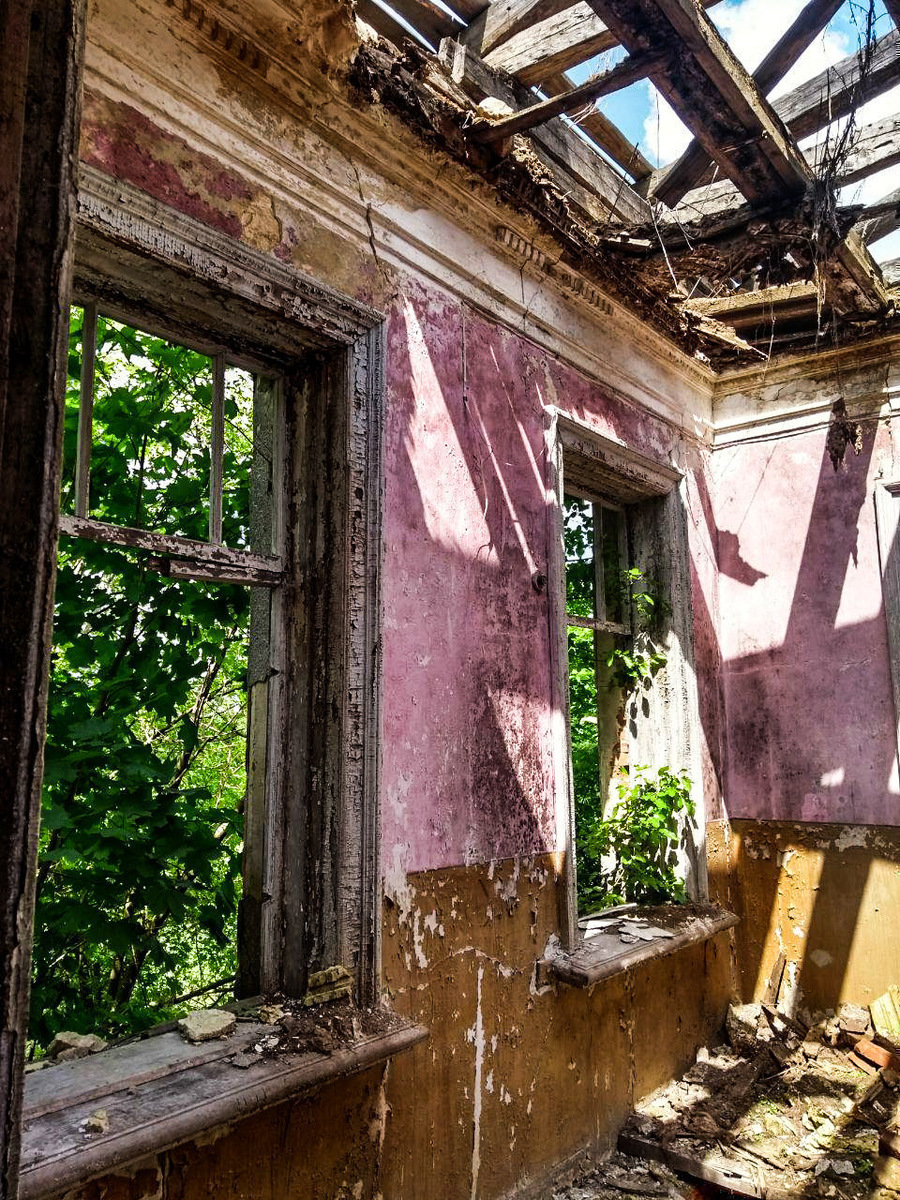 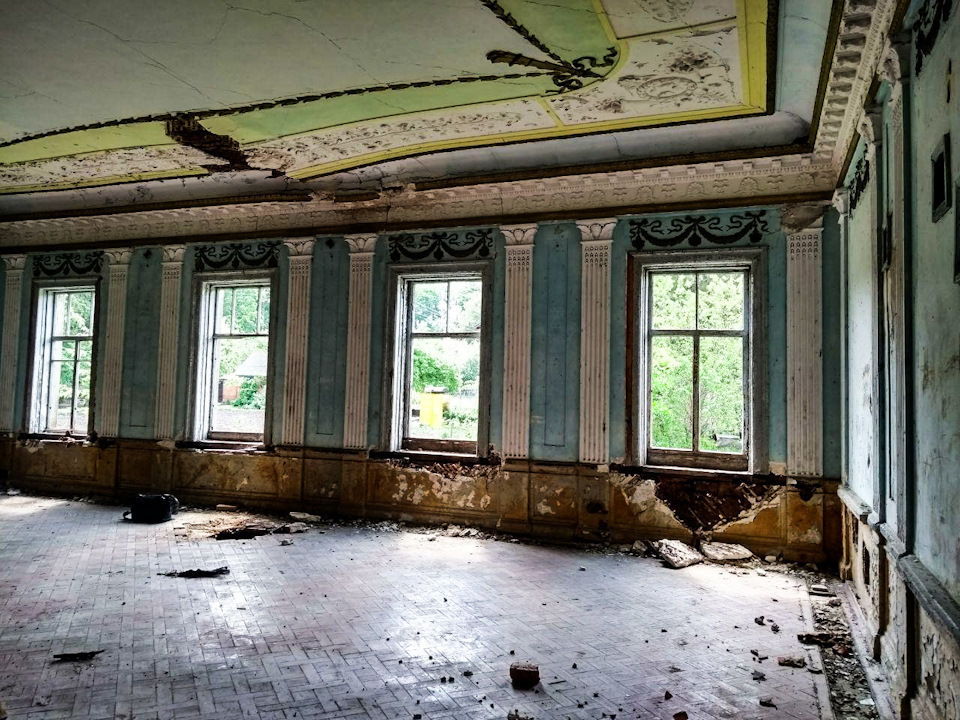 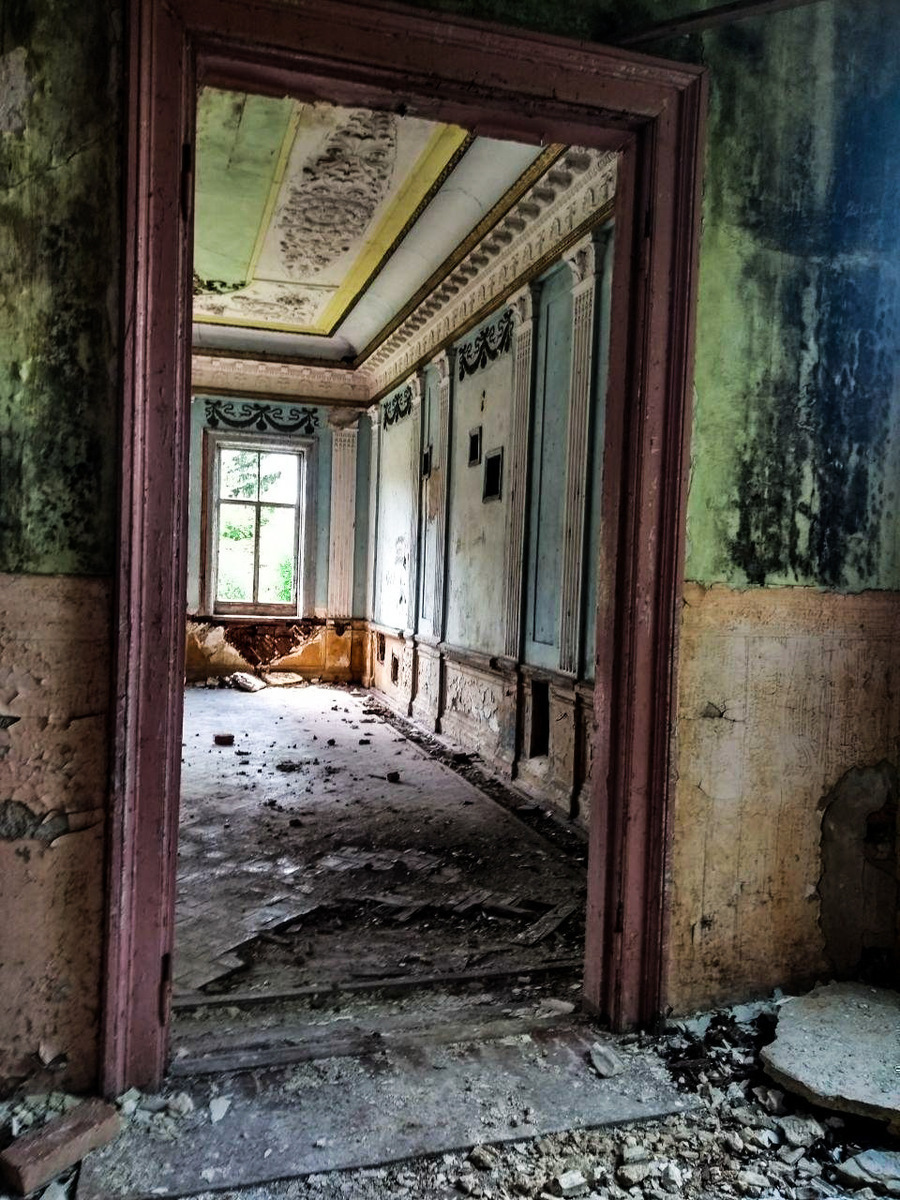 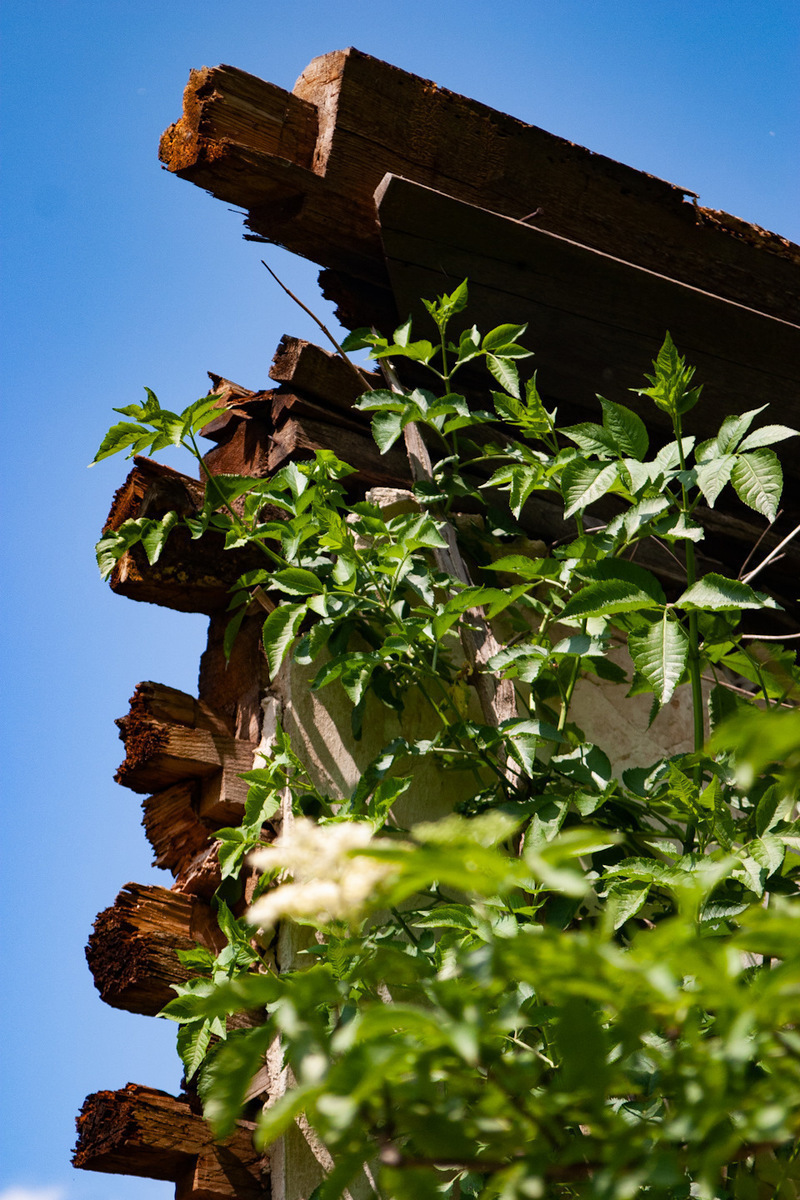 There is a great place for a picnic near Liutovka – we have stopped there the previous time – it is a huge glade and partially a water meadow. In addition, there is a lake and a river nearby. There our guests provided everyone with very tasty sandwiches for lunch and even with some French and Uzhgorod wine (the latter was for everyone except the drivers, of course).
The princess had a small and pleasant talk with everybody – told about her impression from the ride, asked about our life, and when they saw the cows – she and Martin ran off to take pictures with them))). Of course, the big conversation was hardly possible – for, her Russian had a great pronunciation, but a limited vocabulary. That’s why some of the moments in our communication were somewhat comic))) 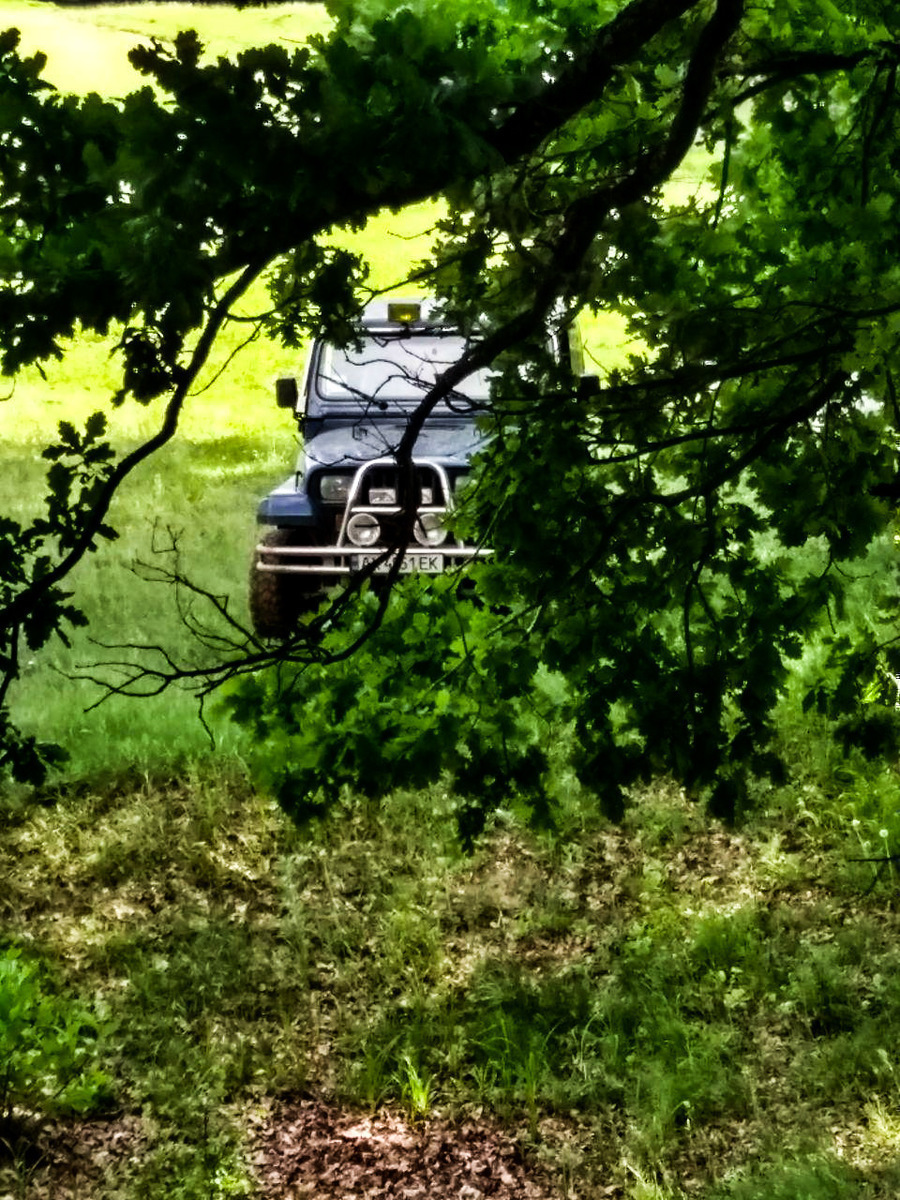 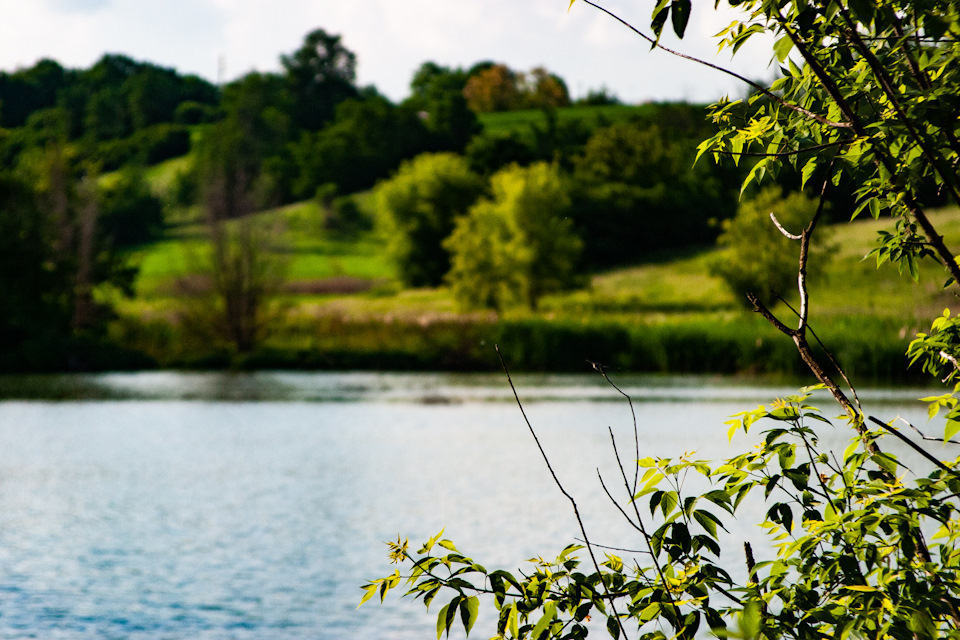 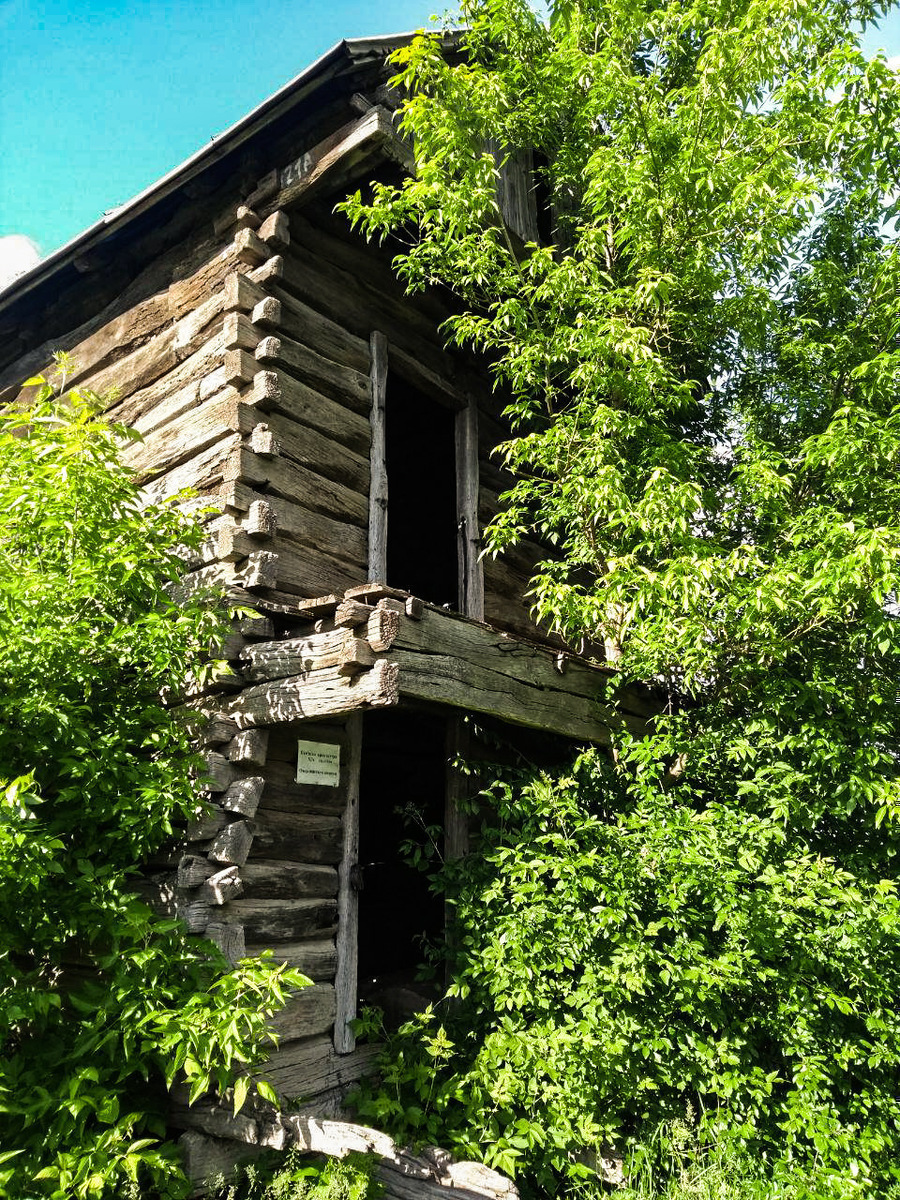 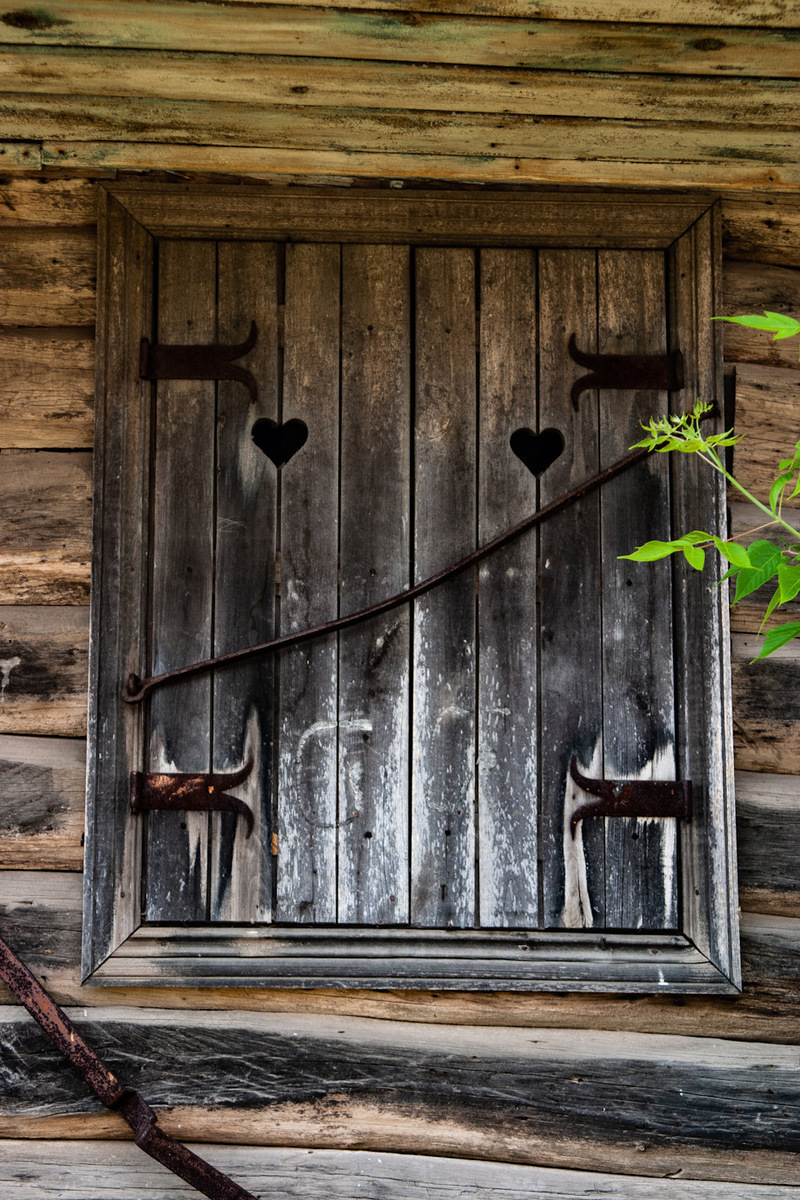 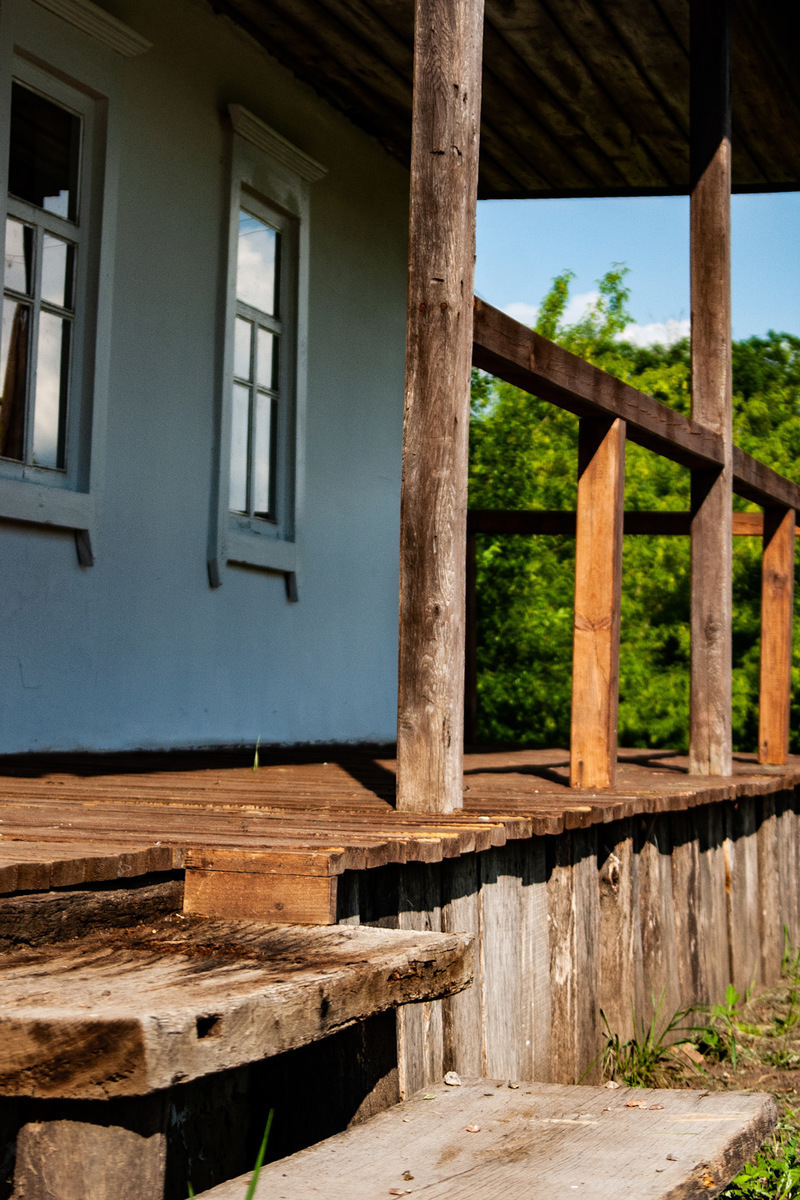 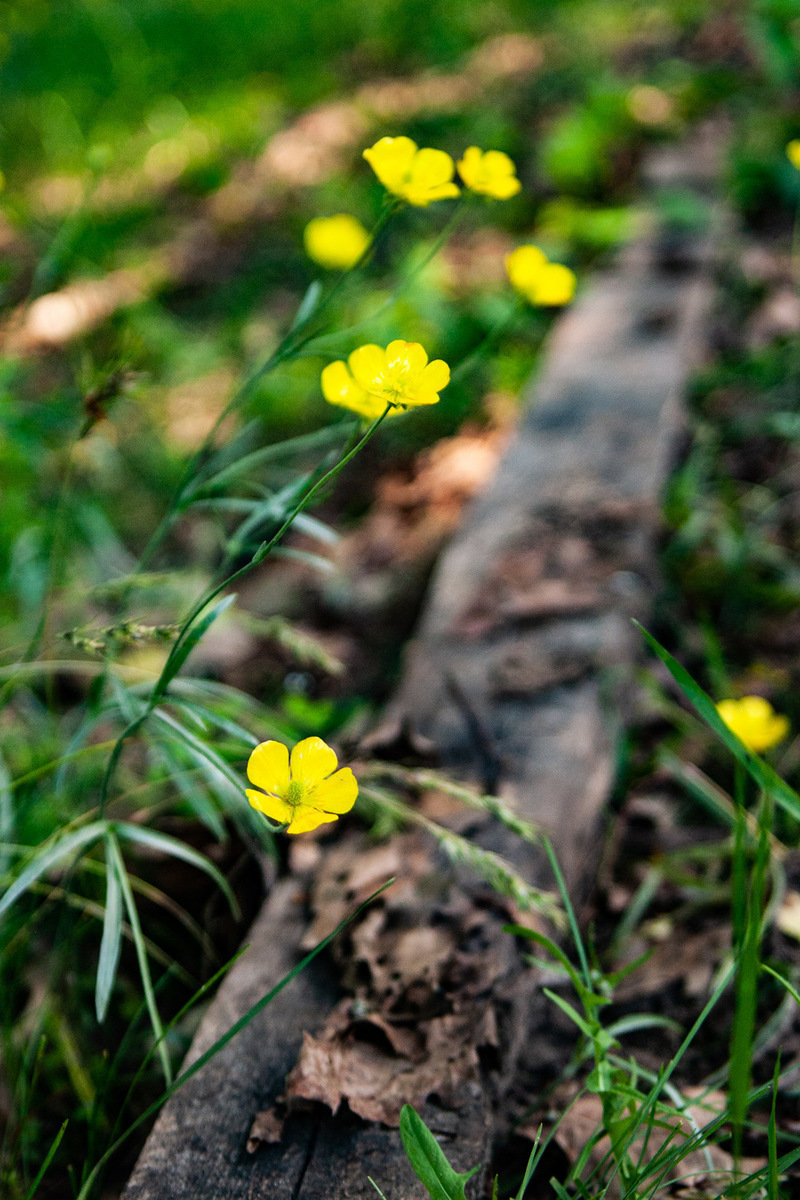 Later we went to Pysarevka. There is the ethnographic museum, where the village citizen gather everything that has any historic and cultural value from their point of view. The museum itself happened to be closed, just as the previous one did. Calling the owner and waiting for him another hour or more didn’t seem logical, as the sun began going down already. So we chose to walk around again.
And later we decided to change the next place from Staryi Merchyk (which had burned down about a month and a half ago), to the castle in Sharovka. I have never been there before, despite the fact that the place is rather touristic. We were unbelievably lucky – there was only the keeper besides us in the castle, who showed Ekaterina Alexandrovna and Martin everything around and shared all the information he had about it, and we could simply relax by ourselves.
This castle had conquered me with its pure harmony and strict exquisiteness. It would have been a true pleasure to work in the office with the walls of dark bog-wood! Naturally, the castle needs renovation – to fix and renovate the greenhouse, the plaster, the park, etc. But it is truly grand nonetheless! 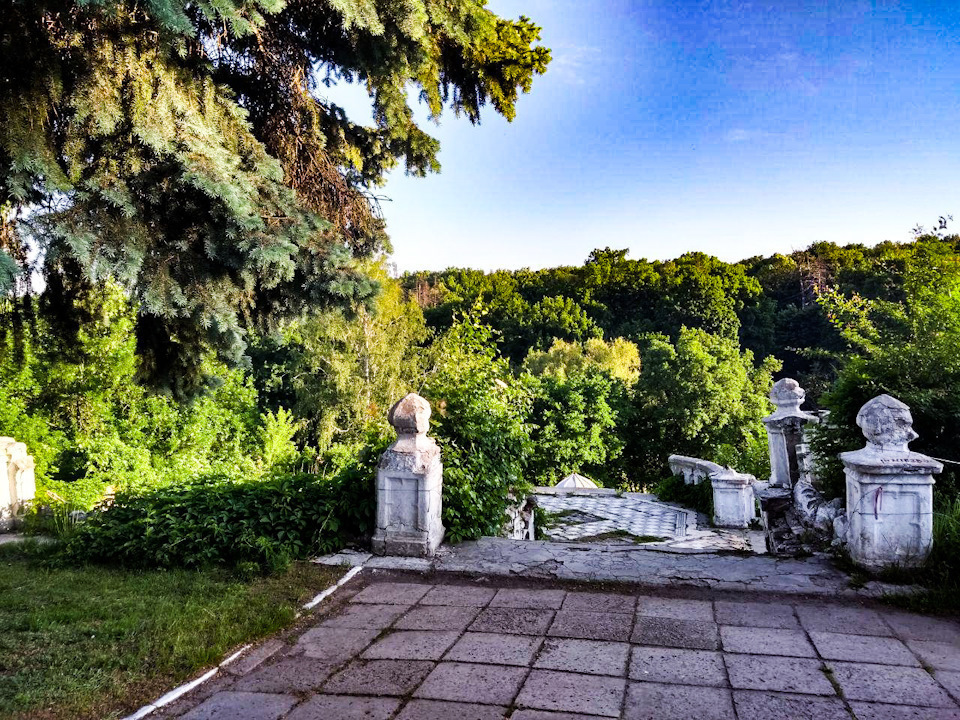 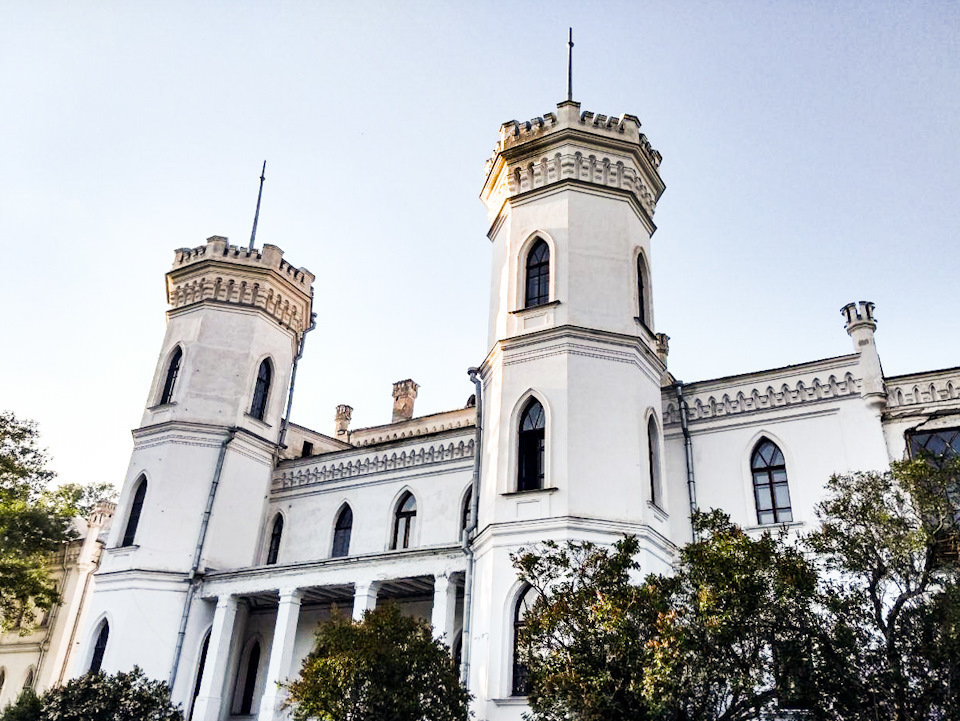 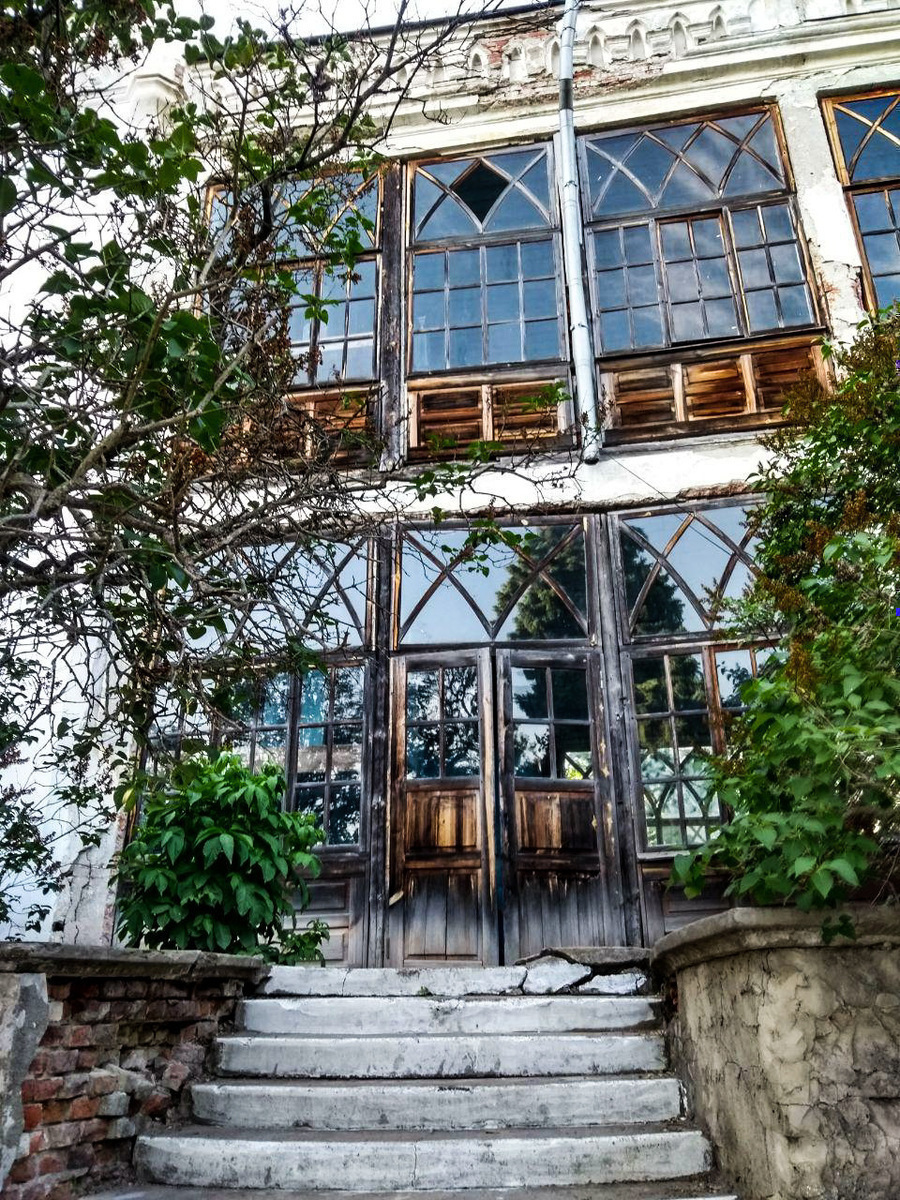 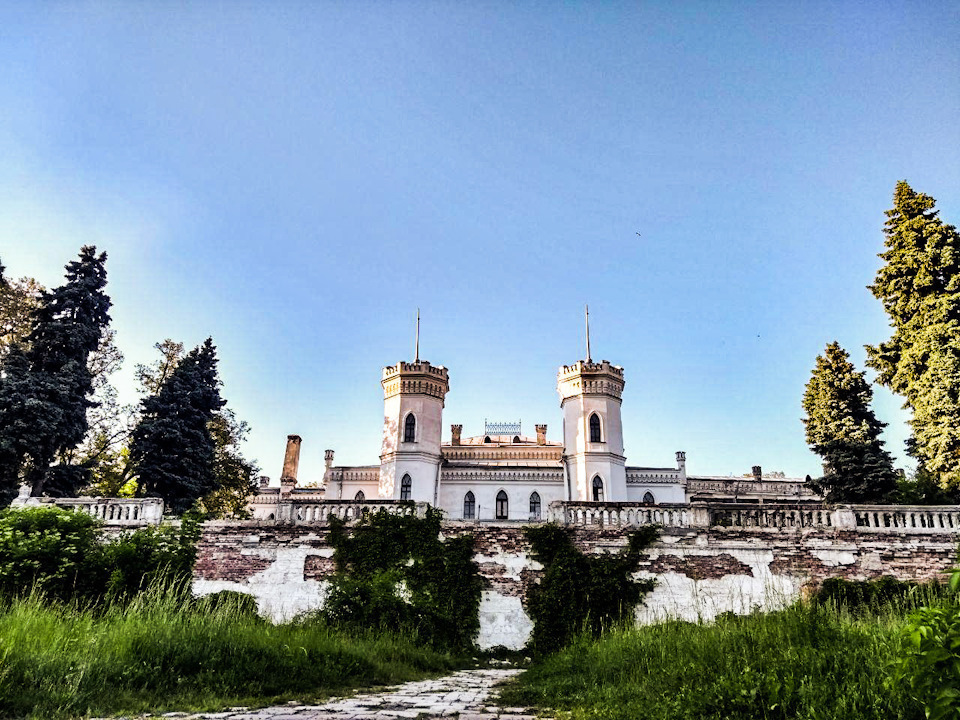 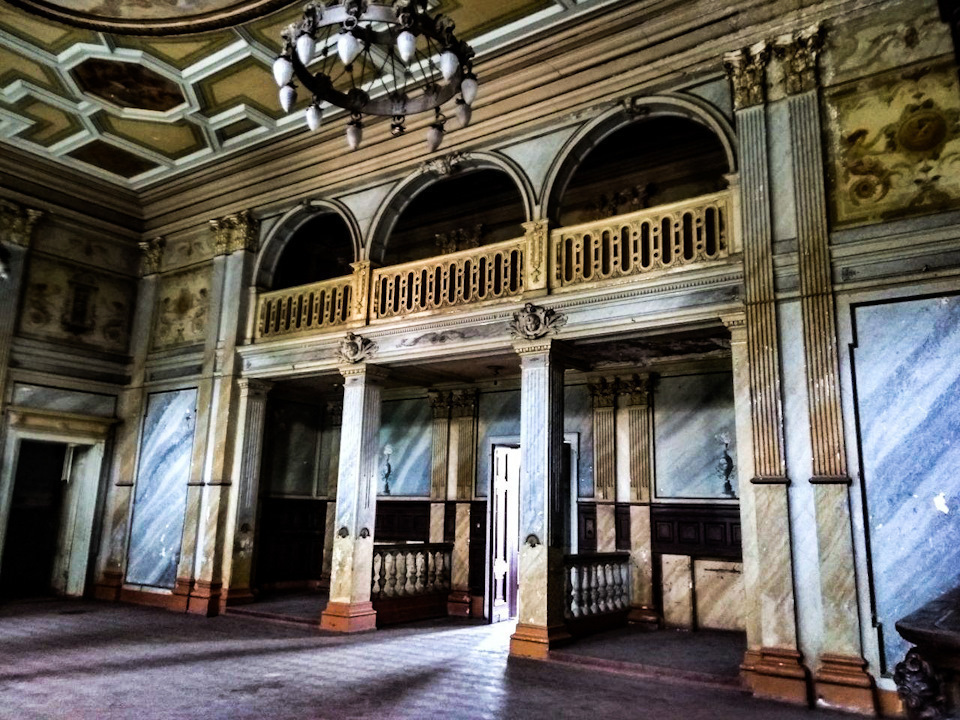 The walk around was so nice we couldn’t stop before the shadows fell – so much pleasure we had got from the views!
The way home was short and simple – we took the highway. While saying the farewells, the princess said that she was very glad to meet us – she “was very funny” (I suppose, she meant that she had fun))) and she never knew that having a ride in the car could look THAT way! I guess, the last sentence was about the safari we provided by driving our bumpy roads, puddles and fields with the speed of 50-60 km/h))) Well, the main thing is that everyone is happy (including us)).