For some strange reason, the Babe and I haven’t tested the wide and comfortable highway roads yet. The corn and the potholes had been our case mostly. ))
So here it is – 800 km; Kharkiv – Dnipro – Kryvyi Rih – Dnipro – Kharkiv.
Last year the Dnipro – Kryvyi Rih highway was a horrible nightmare. We had crumbled through it with the speed of no more than 50-60 km per hour on Nissan Patrol; the situation was scarifying not only because of the big trucks playing the snake game from one shoulder to another but also due to the unsightly reality of the road coating. The road to Bohodykhiv could not even come close to those 140 kilometers of Hell.
Before the departure I’ve heard that the road had been done, but it was incredibly hard to believe. Which has proved to be rather wise after all.))
The Kharkiv-Dnipro highway is a pretty good one, with 2-3 lanes and minimum of roughness.
So I was being cautious to speed the Hedgehog up for more than a hundred per hour, but later I decided to quit resisting her dynamics. As a result – the average to Dnepr was 110 kilometers per hour; the car (taking into account the lifted springs, rebuilt cardan, but still on disks without the offset) was doing more than a good job – keeping a strong, straight and quiet mode on the road (that is, not roaring or howling in any way). To my big surprise, we overcame the horrible (according to the google maps definiton)))) highway with the same average speed (despite the fact that it had improved to the condition of the Bohodykhiv road and had acquired a few kilometers of brand new coating.
I have to admit that we couldn’t avoid some humoristic situations, though – there was a strange sound from the roof at some point. I don’t pay attention to things like that normally – so what, – it could be anything like a branch or a pebble. In a few seconds the sound became more frightening and thunder-like: it appeared to be the wind throwing off the light from the ramp))) The lamp turned out to be entirely rotten from the inside… ((( 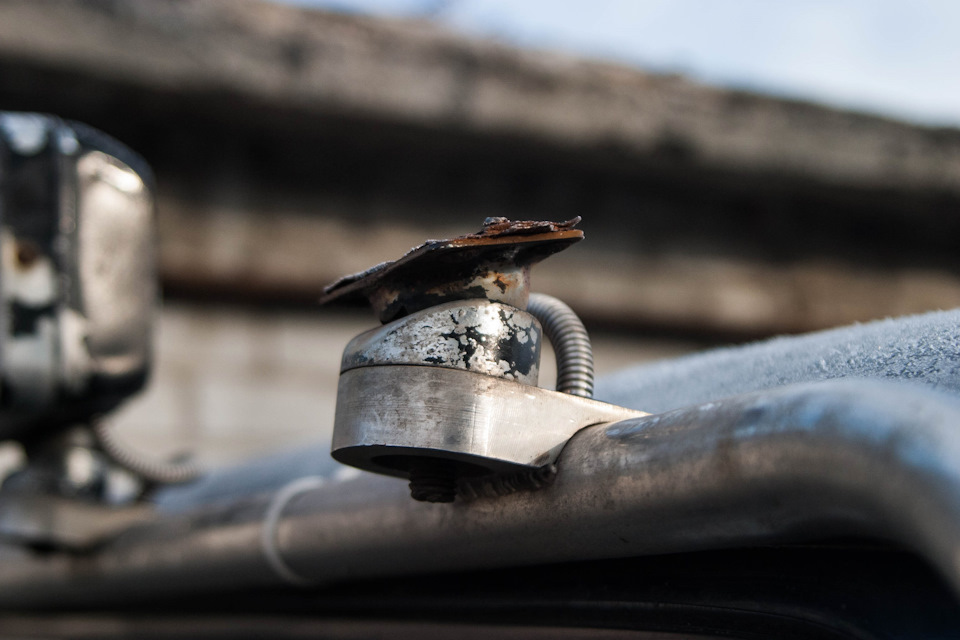 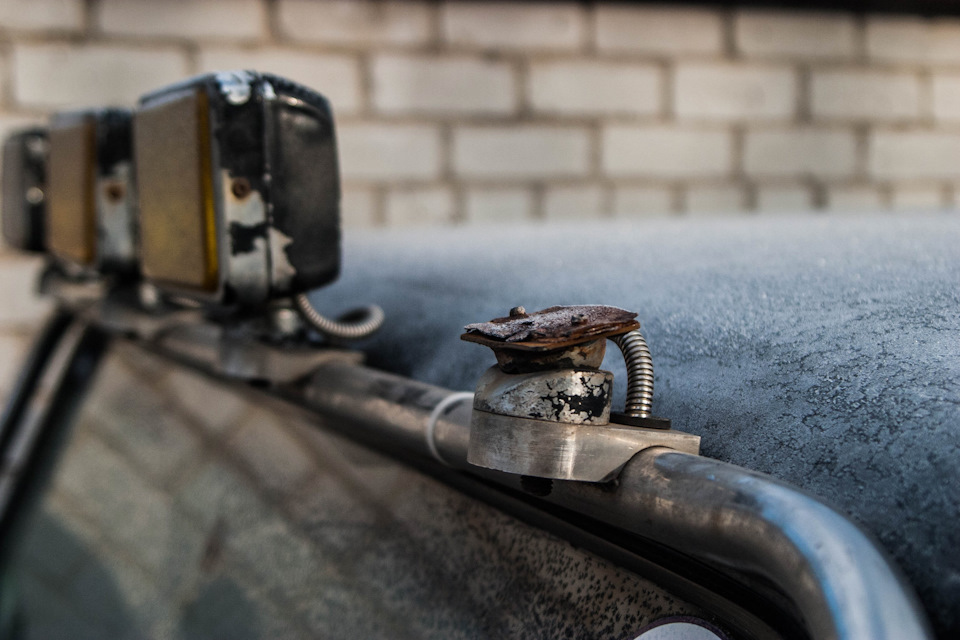 So we took it off, isolated the wires and moved on. And yes – the wires on the fuse box were somewhat damaged as well – and the recorder had started to fall off. Well, a few strainers helped us to fix the problem.
On the way back I’ve decided not to restrain the Hedgehog’s moves, but when it stretched over the 130 point, I made a decision to slow down, which definitely surprised the Camry that was being overtaken at the moment. Just imagine: so there’s some random tarantas passing by that starts overtaking you and then it hits the brakes all of a sudden ))) Well, I was not bugging anyone with these maneuvers, anyways – there was no one except the two of us within a few kilometers around, so all was good)) So – with the speed like that and a heck of a wind, the mirrors snuggle up as a cat’s ears do – and, boy, does that make your hands frozen to fix them back up every time)
And the wind blows hitting the side of my ‘incredibly’ aerodynamic car make me a bit worried. In result, we kept the 110 – 120 speed level, and were happy with that.
To mention, the car goes into such a “speedy” mode after 20-40 km of smooth and untensed movement with the speed of 90-100 km/hour.
When I came back and told the story about the wires and the lamp to the people at the workshop, I got questions like “what else have you managed to rip off”))) I didn’t even know – should I laugh or not, since there actually was another sin on me – the temperature sensor had gone off when I was nearly at home.
As a bonus – I have finally managed to photo capture my future splash guards – they were passing by from the first technician’s hands to the other ones: 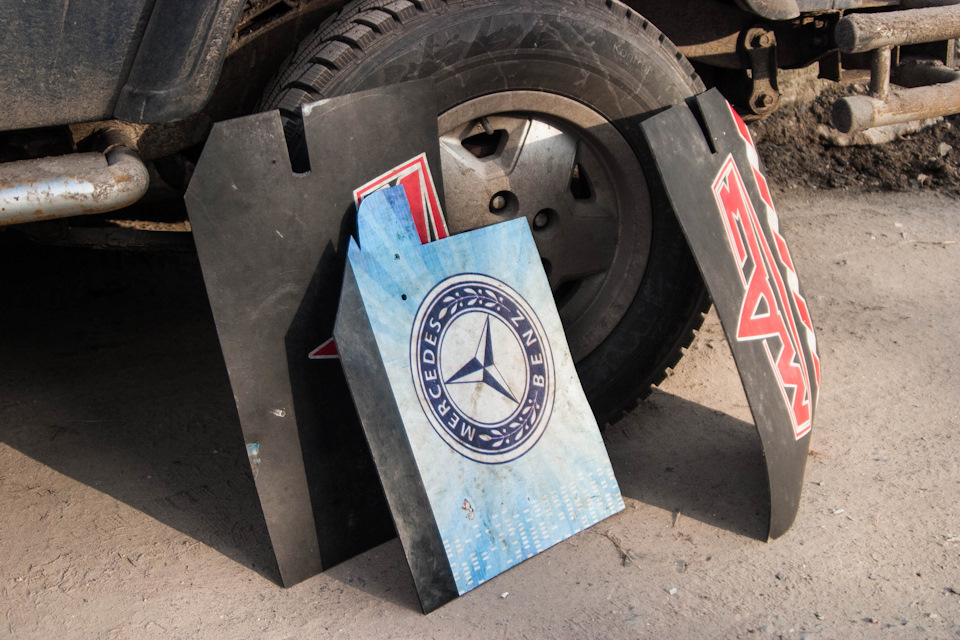 I had bought the used ones, got them carved? and then they were taken to remove all the unnecessary signs. Later it is going to be put together – the beautiful and shining stainless steel is already waiting )))