Eliminating the consequences and a reason to feel proud)

The next morning after the previous expedition I took the Hedgehog to the service.
Actually, I called Igor and told him that I overcame the chalk mountain, the amort is gone and the oil leaks. These news have received an unexpected answer “I am proud of you – that means that you did press the gas pedal. Waiting for ya”
Now, isn’t that cool?))
The oil, as it turned out, leaks from the broken bushing of the dispensing shank when the speed goes well up. It goes to the exhaust pipe from there and I start feeling the smell. The bushing, obviously, was broken because of the vibrations that we caused while making and installing the cardan. 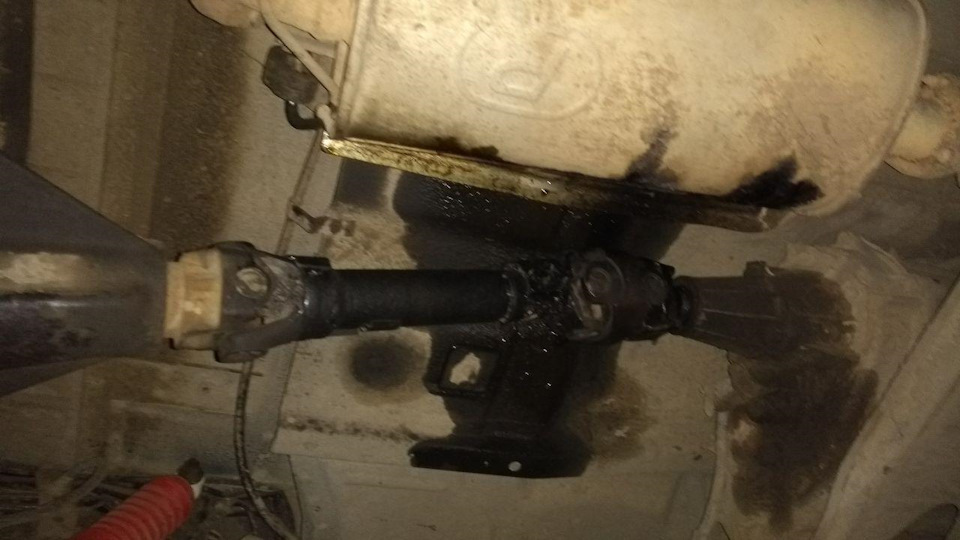 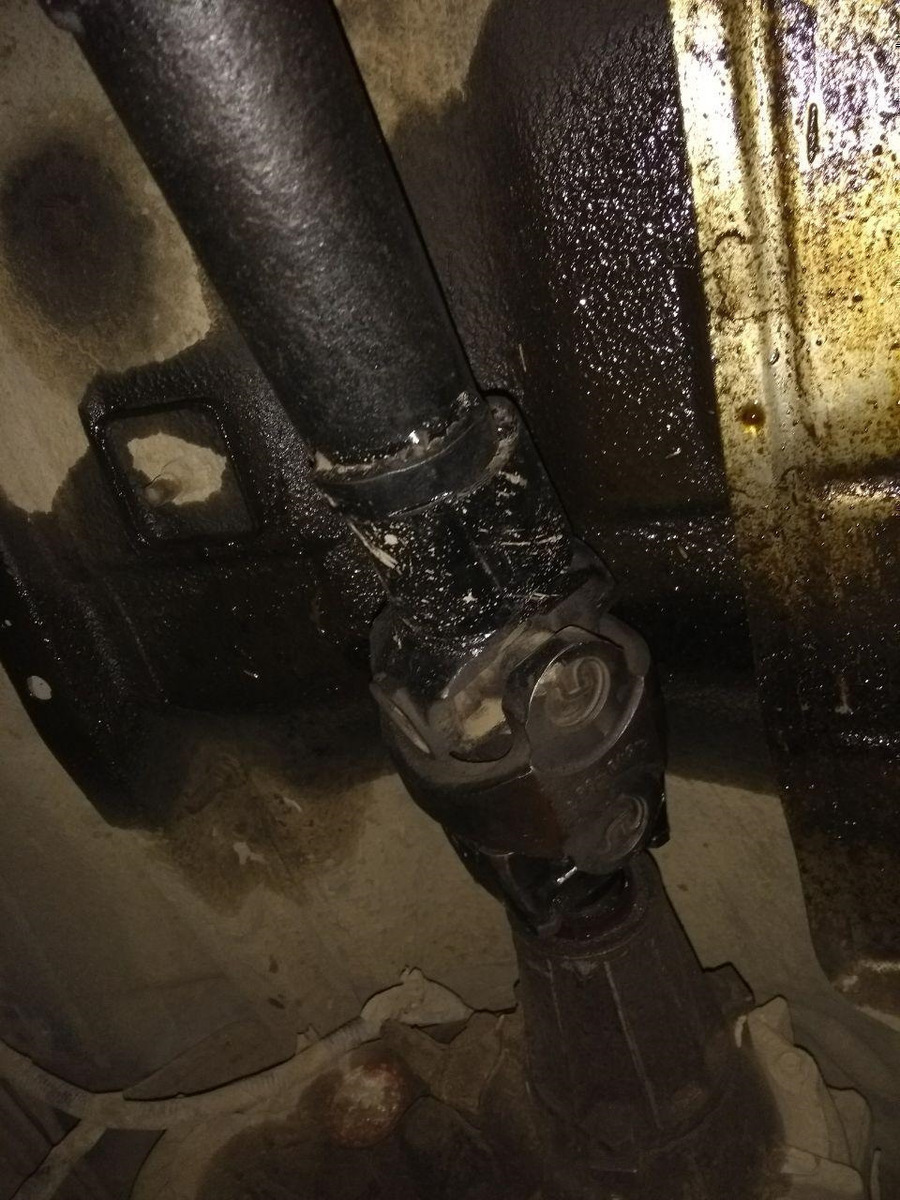 The new shank is ordered (yet another hello to Hetzer-88) and is on the way. Which also means that the Hedgehog is in “the city only” mode again.
But there is another story with the amort. It appeared that I did not only torn away the damper bracket, but also bent the back bumper so hard that the pipe went up))
Also I torn the muffler clamps off. On the same side, naturally. But at a closer look, I figured that the crankshaft was totally broken instead of being torn off. It stayed in place due to a piece of welding. 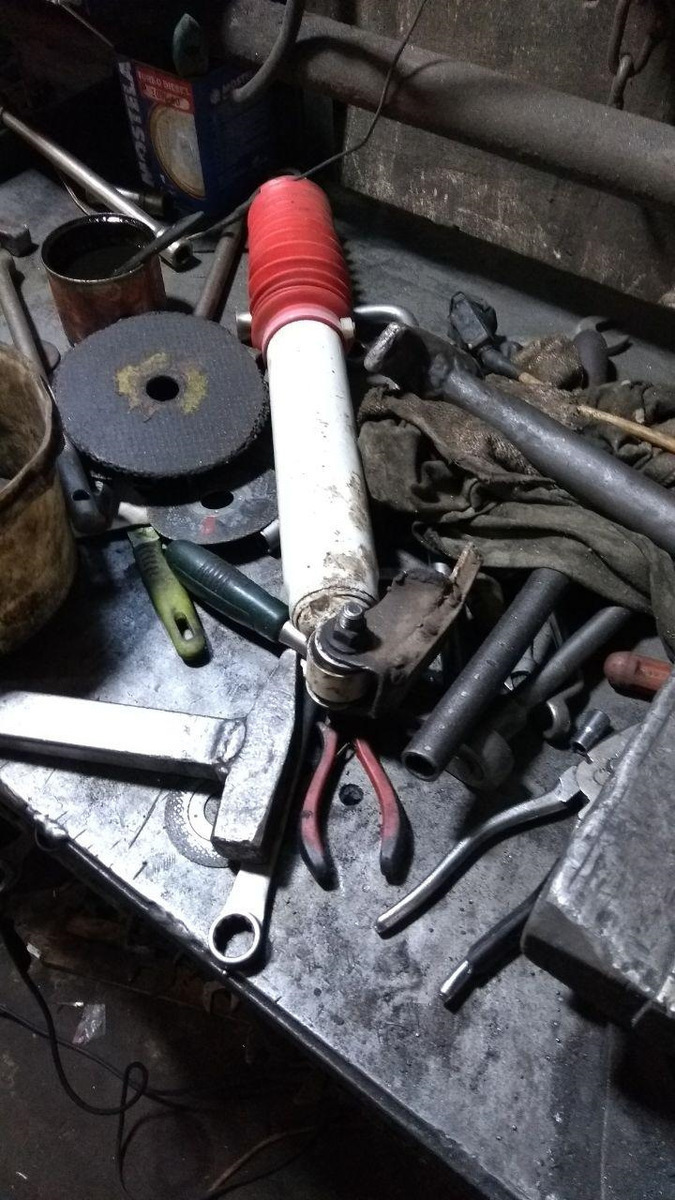 I thought Igor would simply weld the crankshaft back in place, but no)) He checked it out, said “that’s not good”, measured it up and made me a brand new one: 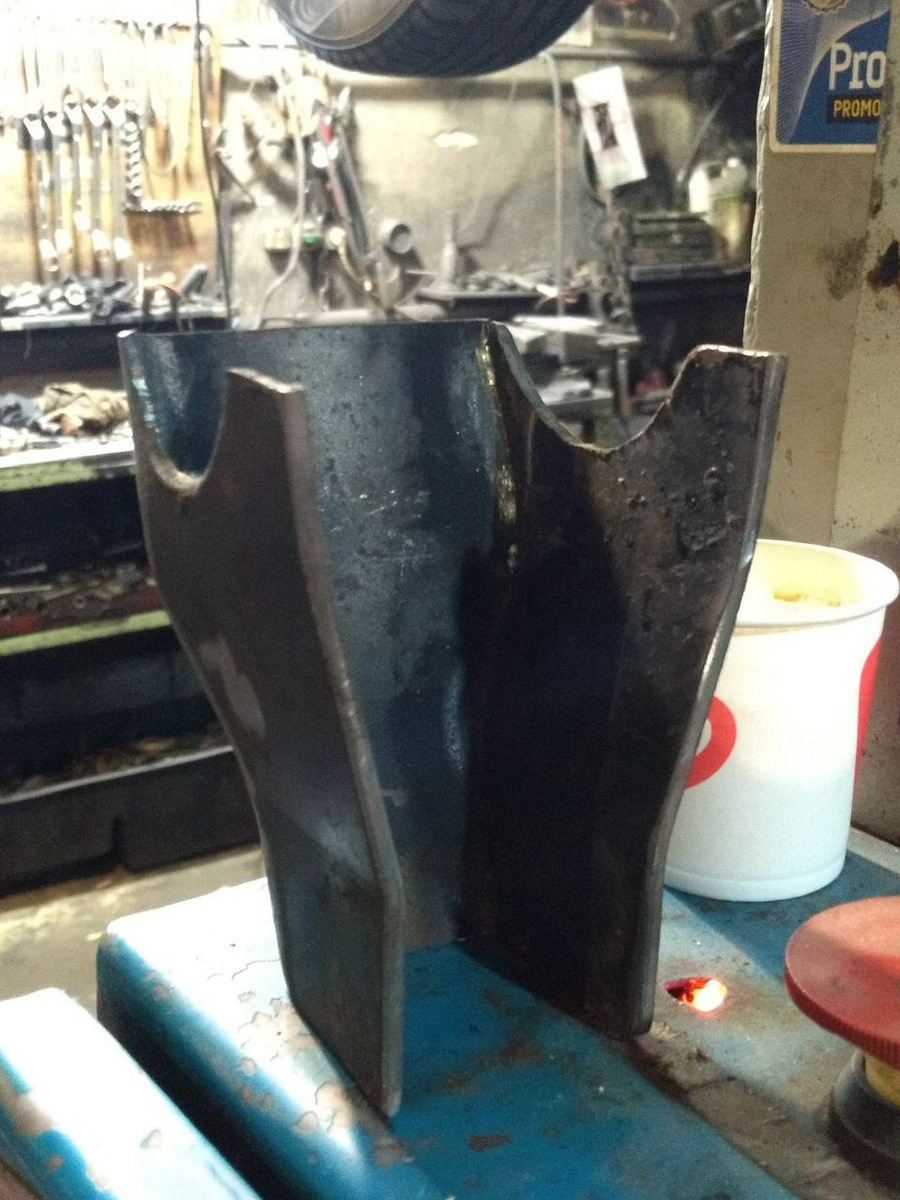 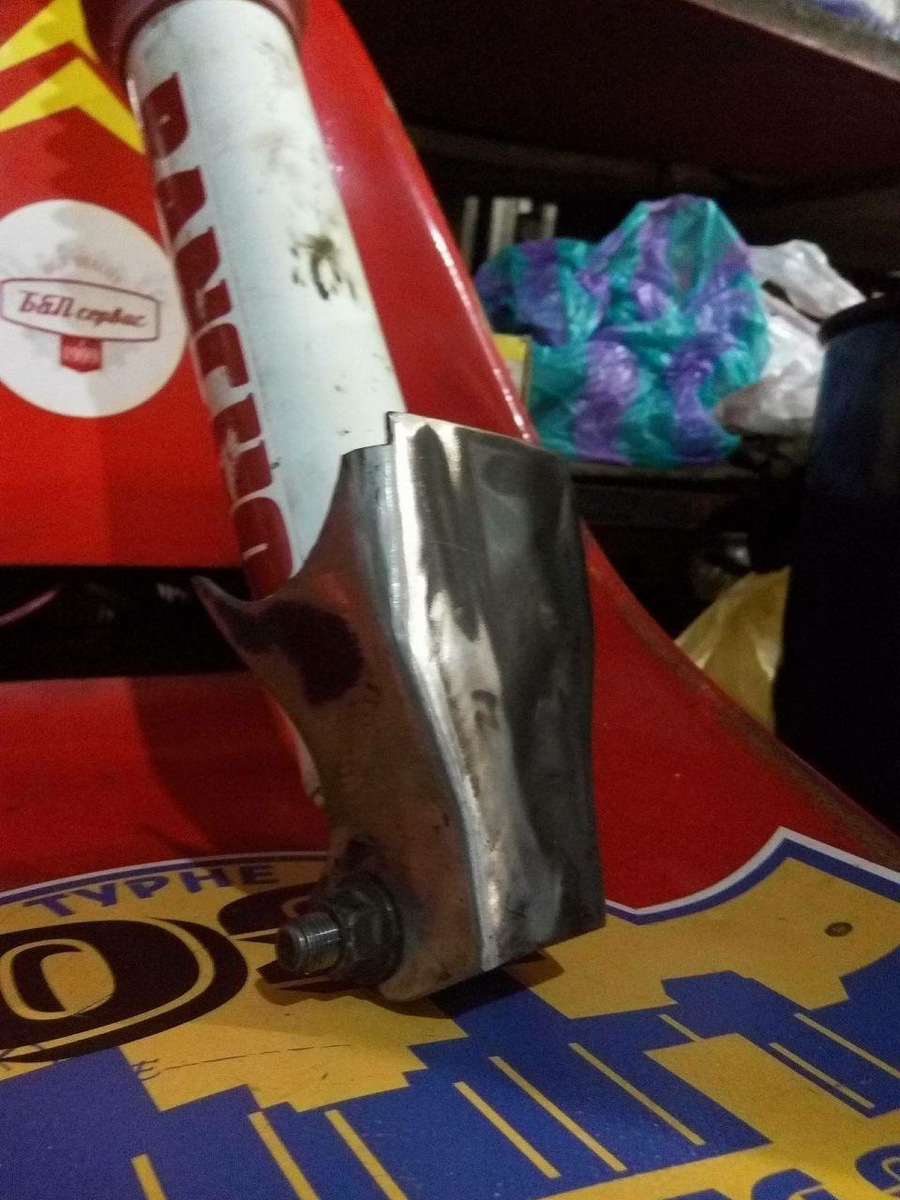 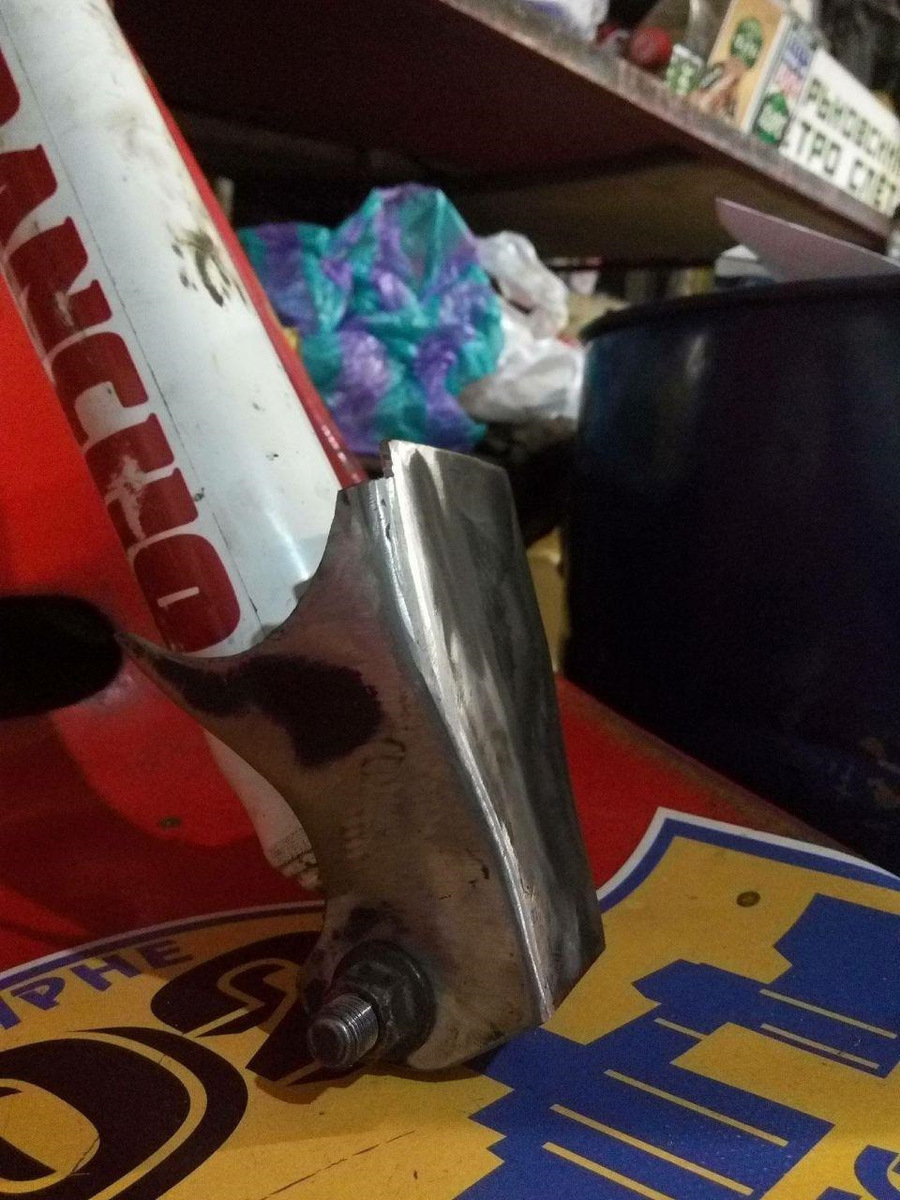 “Now that is good – it won’t get torn off again”))
I didn’t watch the final preps, though, since the tiredness of the last few days made me crawl back home and get some rest. So I came back in the morning and picked the Hedgehog up with the new crankshaft.)
I tried to remember where this could have happened. It was before Mogrytsya. I remembered it the day after. Before the vacation we took a few historians for a ride in the region. And there was a forest with the timber carriers tracks and the stone-dried dirt. We were not too lazy to measure the depth of the rut – it was 40-50 sm.
And that was when I jumped from the breastwork and landed on the rear axle. I was forced to ask Patrick to pull it out. 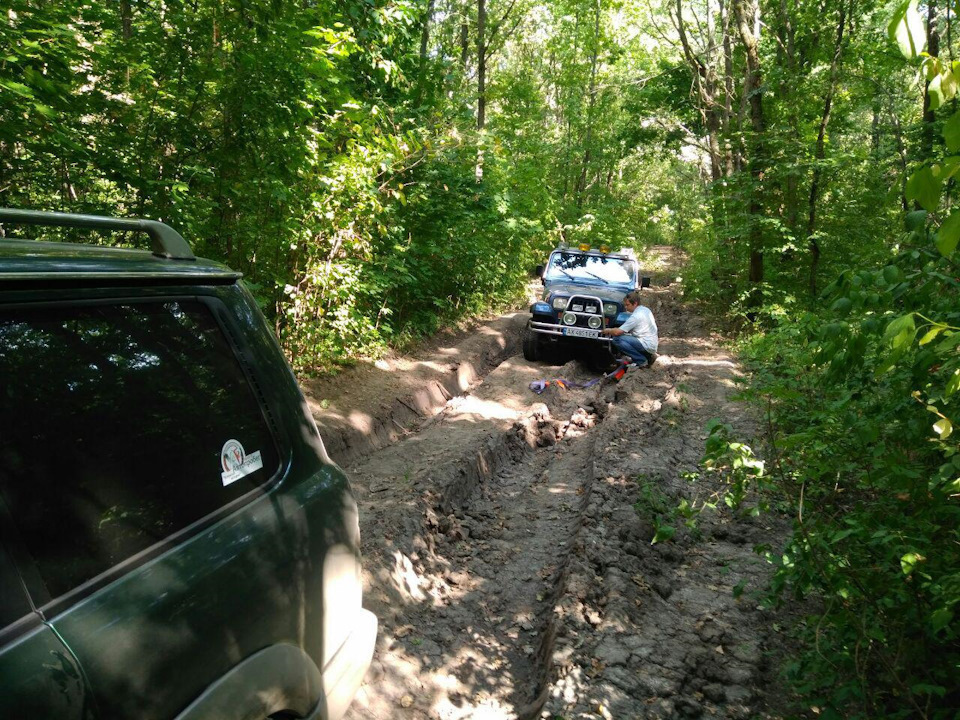 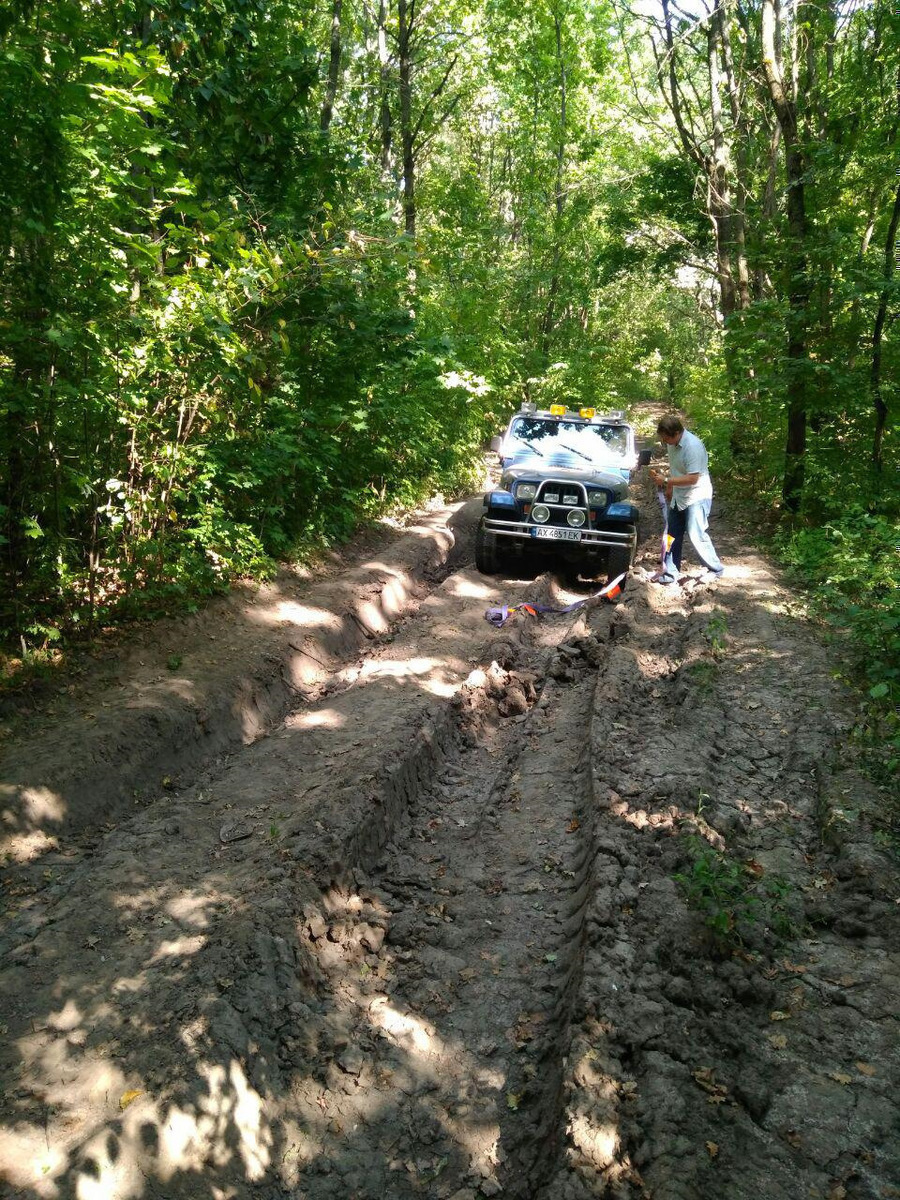