Do not fuel your horses in unidentified places!

All the time that I’ve been with the Hedgehog, I fueled it at Okko gas stations. Well, somewhere in the field, of course, with whatever they had at the moment.
A month ago I was at the nearest gas station again (I’d even got acquainted with the workers and managers there) and filled it up to the top – it was about a half of the tank.
I started off from the gas station and realized that something was wrong… The car didn’t go, the engine screamed. It was a nightmare. To be more accurate, this happened after some kilometers (less than 10). That’s why I didn’t understand what was going on right away.
The first thing I checked was the parking brake, because I’d had a situation with the signal that didn’t work at times (which was fixed very quickly after a friend of mine had burnt the pads because of it)))))
Then I checked the anti-freeze, the oil, the filters.. Everything was there, everything was fine. But – the car kept yelling, and we’re still not moving – the revs went up, but the speed didn’t.
Besides, the engine began heating up – the temperature was as if we were full-way forest tracking.
The “phone-a-friend” option (I mean Igor))) allowed to exclude everything impossible and the suspicion fell onto the fuel problem. Well, what’s to be done… I tried to use up at least half of the tank ASAP. Fueled it back to the top at OVIS. The Hedgehog breathed out with an ease – it became quieter and the dynamics returned. But. The engine kept heating up too much, and I kept getting very hot air onto my legs from underneath of the motor shield.
I even had a thought that it could have been the stove blind not working properly or something – it’d been a while since I checked that…. But it was altogether too suspicious to be considered a set of coincidences.
So I went to the station where the guys used to measure the engine’s working temperature. Those muzzles took their time to laugh at me, because they found out that the Hedgehog has been working at 70 revs, which gave that wild heat. But it had to work on 85-90 revs at least! Well, ok.
But the question of the abrupt heat-up remained.
Igor sent us to clean the potential scorching block through; the block in the exhaust pipe that could have appeared as a result of that fuel.
The Kharkiv ring-road should give us enough of distance to do that.
As we handled the half of the distance (attempting to keep to a 110 – there are usually quite a lot of people in the daytime), nothing changed. We kept heating up with no perspectives of the situation to be changed. The relief didn’t occur.
We came back and began to look for something else. In the end, Igor said to replace the thermostat, as all other options have already been checked and excluded. It must have broken up.
A few days later the Hedgehog did receive some ease))) That is, it gave a loud exhaust sound along with an odd jump of the car back part)))) We replaced the thermostat anyway))) 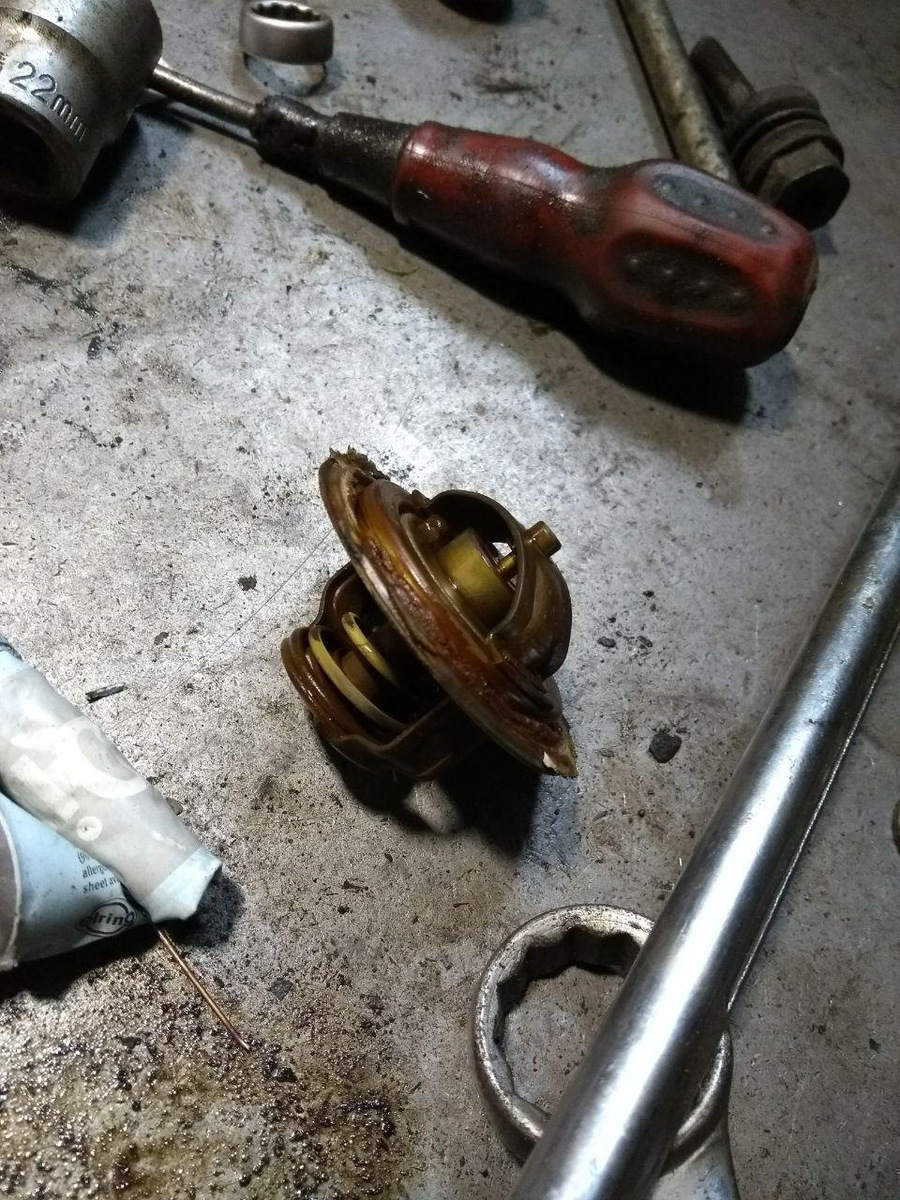 The old and the very tired one 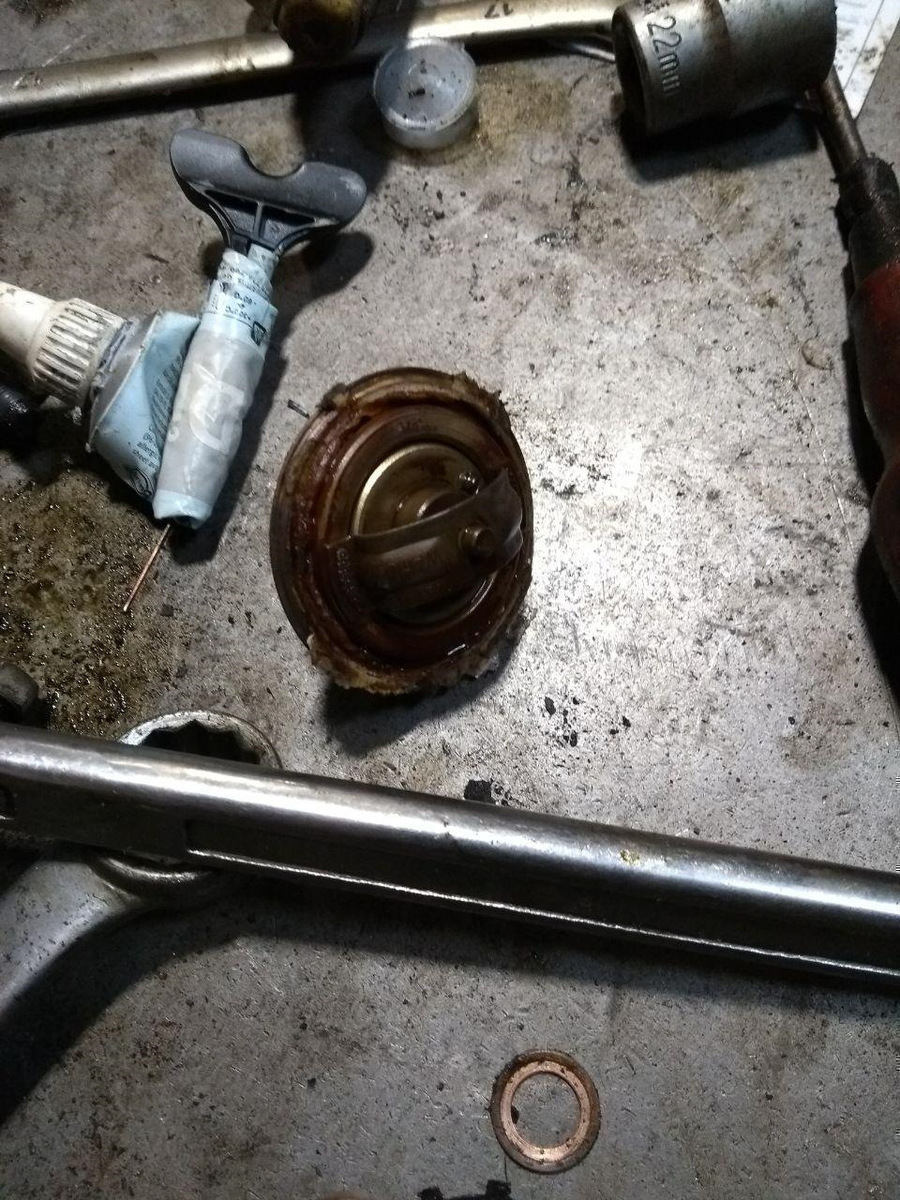 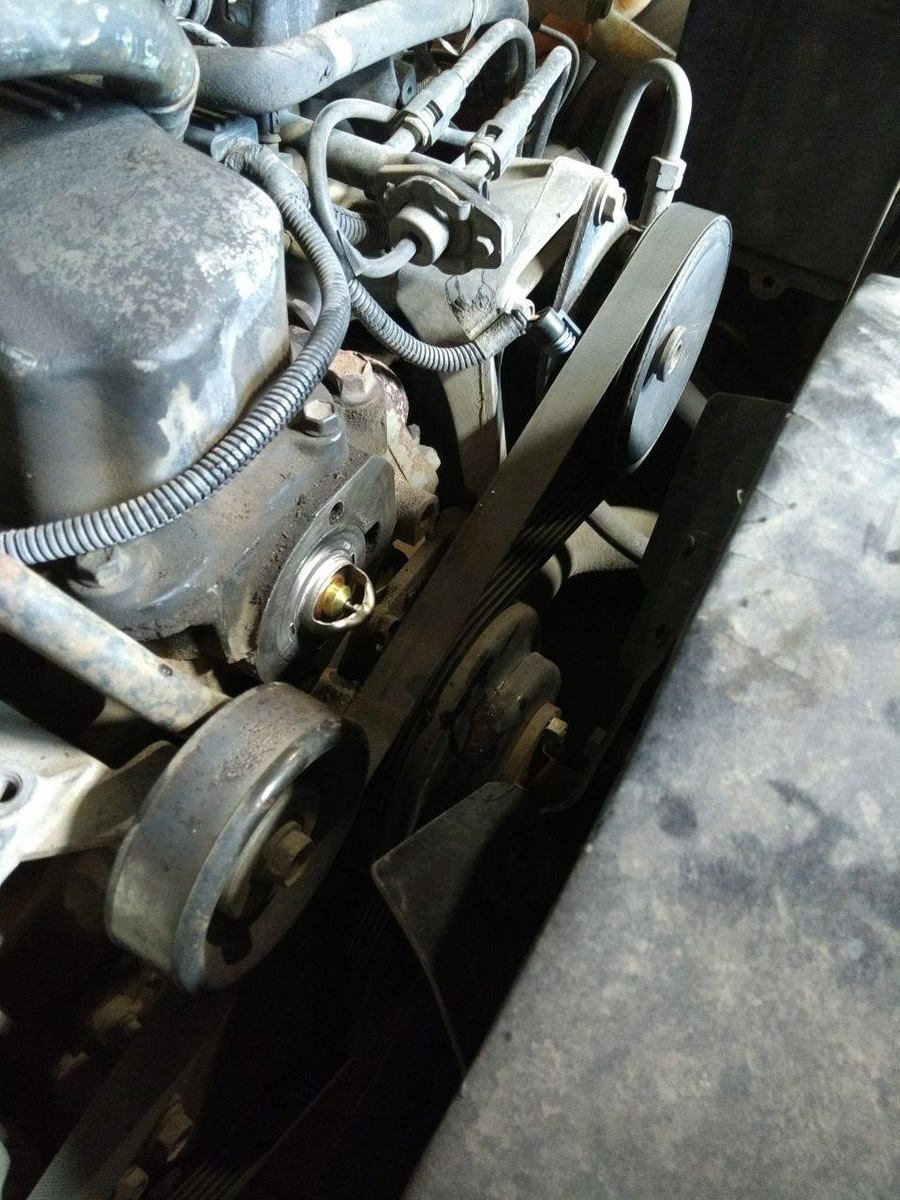 After all, I’ve decided to choose B-network stations, as the OVIS guys use the fuel instead of some acid, I suppose))))
I am still not quite sure what exactly they added to the 92nd at the OKKO station….