As I have noticed, this problem is a regular one according to numerous jeep-forums. Here’s how we have fixed it.
Just as many other Babe’s fixing stories, this is a long one )
When we had just gotten the car, we couldn’t find the brake hoses and cables right away. We just changed the brake pads, washed the system through, and drove off.
The adventures started in summer. It was +50C under the sun, and we decided to go to the river. We sat down and drove off))) In the middle of the route (luckily, it was in the city) the car started acting as if the fuel was out. It worked on the first two gears, but poorly, and totally refused to go on the third/fourth ones. It didn’t speed up, it didn’t raise the RPMs and stopped at once if the leg was removed from the gas pedal. We paid a visit to the gas station. Filled it up to the top.
Well, it didn’t help). So we stopped. And not a single tree anywhere in sight…
It was a middle of the day. We called the emergency service (Igor and Valera, that is))).
We touched the disks and they were steaming hot. The front brakes were wedged. Completely. We managed to find the necessary screws that could help to defuse the pressure – and all of it was done via phone. Searching for the key around all of the nearby car services and the spare parts shops did not provide any success. No one appeared to have the 9/10 key. We went to the nearest building shop, found it there and defused the pressure. Then we went to the river to have a swim, came back, and everything repeated again. To our luck, this was exactly the moment when the hoses were found, and after replacing them everything finished. After some time we found the parking brake cables as well. They were replaced, too – and everything seemed to have come to a happy end.
But we were wrong)))
Now, the back brakes began to wedge. Moreover, they did it both simultaneously and one after another one – with absolutely no detectable system.
Sometimes I was able to un-wedge them on the road (after having stopped, of course) by pressing and releasing the parking brake a few times. Then I went to the car service. The guys took it all apart and examined everything carefully – but with no luck. It was still a mystery about what had happened with the car. The back ones stopped working completely, and we only used the front brakes. Then we tried to explore everything one more time and found that the main brake cylinder was dying – the back brake circuit didn’t work. It was decided to replace it with a new one. 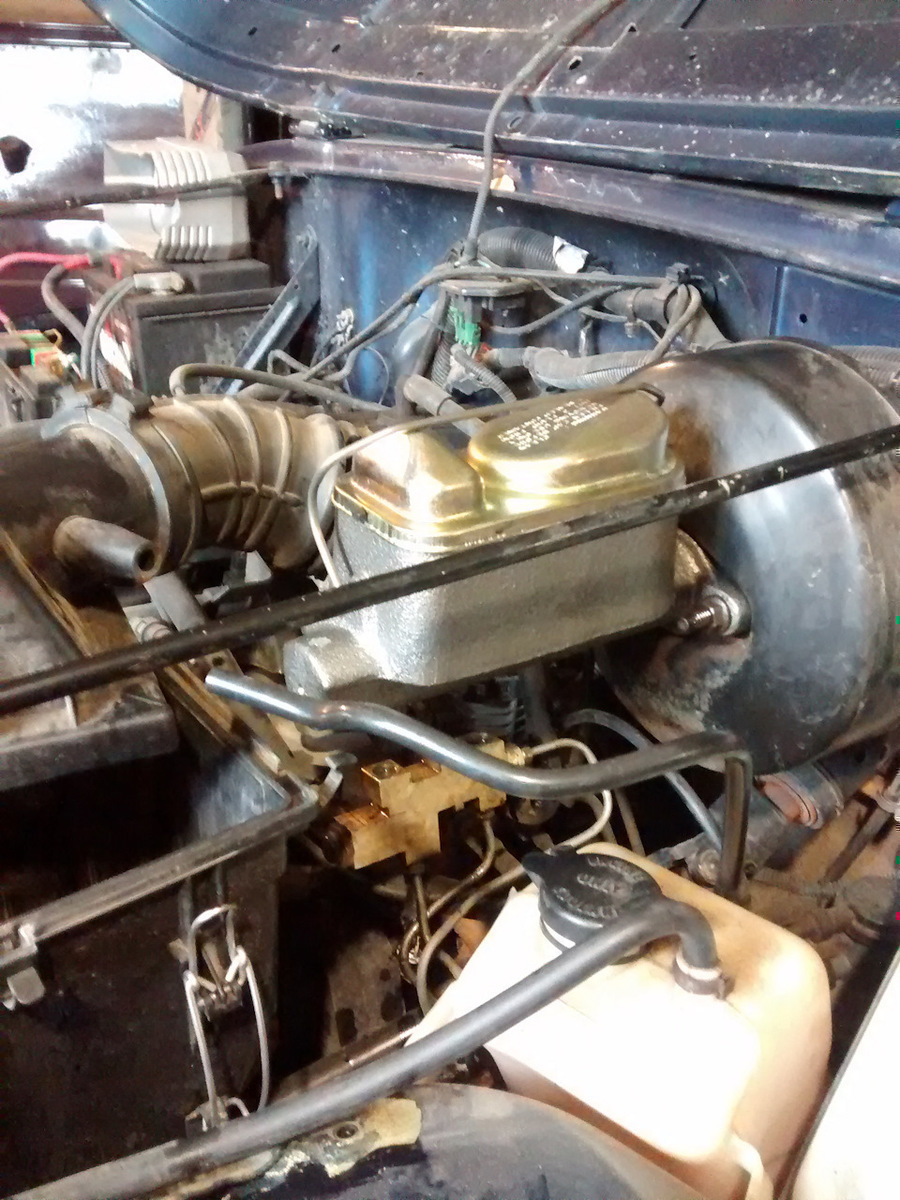 I can’t tell ya what was wrong with it, but Igor rarely uses “throw it away right now” recommendations, you know. Usually it means that there is absolutely no way to fix it. We found and installed the new one, and all should go back to normal. But that wasn’t the case again.
The back brakes kept on wedging. Once I was even forced to go under the car and play with the pad regulation wheels, in order to both un-wedge them and to prevent them from working until I could get back to the city, because it was literally fuming over there. Man, was that a pain! Trying to do all that through a tiny hole!
Went to the service again, took everything apart again – it looked as if all the staff was in the right places. And yet something was obviously wrong.
And that was when I noticed that the cable inside of the parking brake drum clinged and turned the pad adjustment wheel. We thought it could have been a good idea to cut a few rings off the cable. Having experimented a few times, we figured that it turned the same way on both sides. That meant it could not impact the wedge because it was not being used while stopping. I have no idea how that could have happened, since the cables were the original ones. Perhaps someone knows anything about this phenomenon? 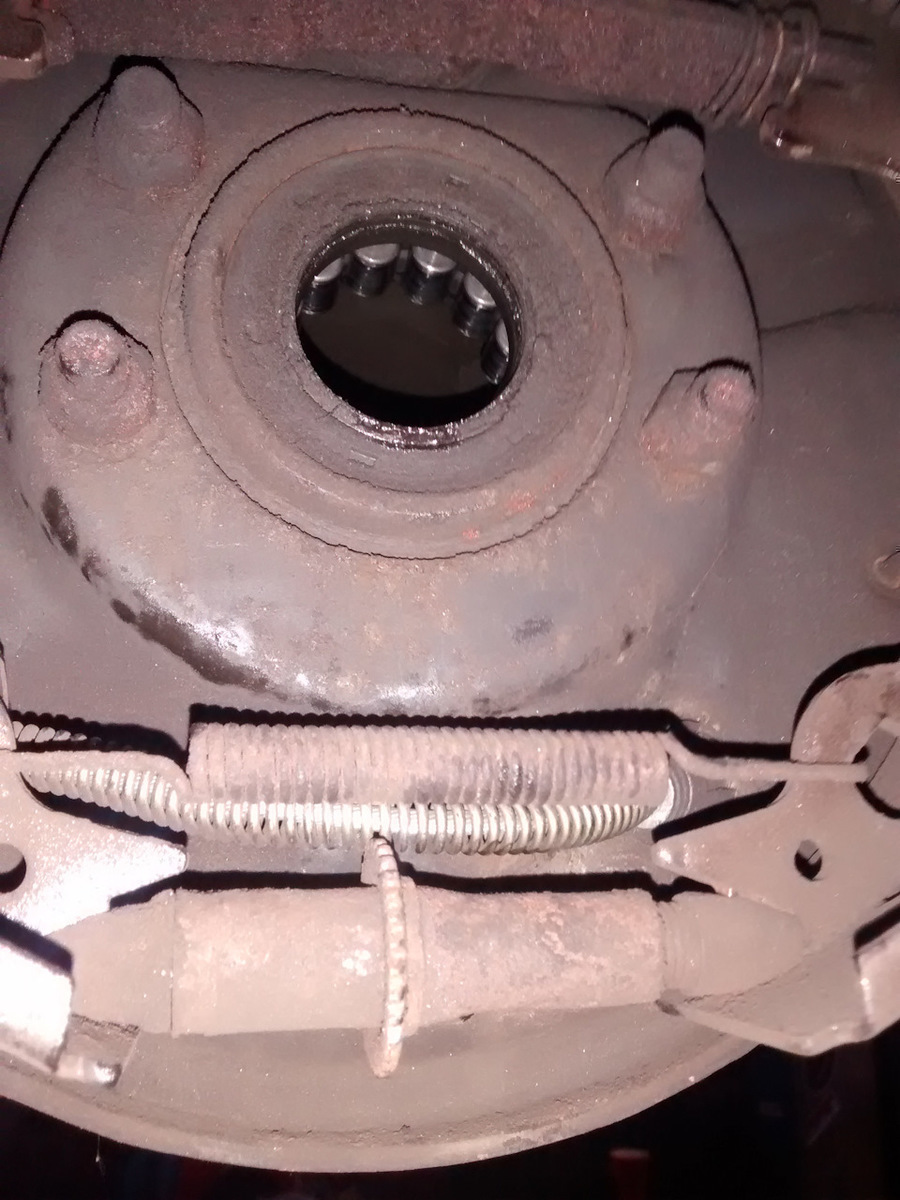 This is how it looked.

We decided to change the back brake cylinders in case it would help somehow – since everything else had already been replaced. I’ve found the original ones. So we tried them out. And – it came out that the previous owner had um….. inserted the cylinders from the VAZ-2108 Sputnik, and transfixed the tubes on one of the sides for it… The funniest thing was, that those cylinders were actually more expensive than the original ones. But as they looked absolutely the same – no one could suspect that something was wrong. Besides, the fastenings of the Sputnik’s cylinders mirror the original ones. That’s why the pad’s corner had been cutting the groove in the cylinder while working, got blocked there, and the cylinder died.
As soon as we’ve replaced the cylinders with the new ones (the Sputnik ones so far, because we didn’t have the time to find the necessary tubes while we were trying to fix some distributor and starter problems as well), and the inside corners of the new pads (the old ones simply fell apart because of the wedge and the following over-heating) have been altered so that they wouldn’t cling the cylinders, – everything finally became great))))
Maybe this story’s gonna be helpful for someone)))