A tale about the creeping toads

Just when I was struggling with the Hedgehog’s indigestion, I was attacked by various local toads.
After that terrible Okko station, somewhere on the other side of the city, I suddenly felt a strong smell of gas in the car. Remarkably, “suddenly” was not a figure of speech here – it did appear all of a sudden, after a 90-degree turn. So I stopped and gave it a little inspection. All the bottom of the car on the passenger’s side was covered with fuel. Here came phone-a-friend lifeline. The reply was “There are no fuel lines there”. So I kept looking. In result: I found that the lid on the fuel tank is missing. Therefore, the fuel simply spilled out after making a sharp turn. So I tried to find any adequate substitute nearby. Apparently, the Zhiguli lid (both the 8 and the 9 one) fit perfectly)))) I ordered the original one with the lock, and used a simple plastic Zhiguli without a lock meanwhile. Happily I drove off.
My friend who heard my complaints about this incident, decided not to leave it at that. He went to that OKKO station where I was so unlucky to fill my tank up, and started torturing the staff in order to find out what could have happened to the lid. Well, of course, they haven’t forgotten it. And it wasn’t there. And the cameras were off. And why would they have to voice the problem to the lady – they actually thought it was supposed to be that way… Aren’t they the sweetest cuties in the world?))))
My happiness did not last long, since while I was trying to understand what was going on with the car (the heat-up problem I described in the previous post), the fuel consumption raised dramatically, which really bugged me despite the fact that it helped me to finish the bad fuel off faster.
A few days later I found that the lid was missing, and that’s when it hit me – it was not a fuel consumption jumping back and forth, it was a bunch of local toads draining my fuel tank and stealing the lid (for the good memories, I guess)))).
I bought the metal lid with a lock.
And – magically – the lid stopped disappearing. The consumption miraculously went back to normal.
A week and a half later – I felt the gas smell again. And it was a strong smell, too. The lid was still there)))). But the tank was all covered with fuel leaks. Naturally, my first thought was – what a bunch of toads, they must have pierced the tank and drained it through a hose.
I went to the station. We took the tank off, and – what a relief! It was not pierced.
To my luck, the toads came out to be too lazy and went off to find some more simple ways to get some profit.
This time it was a gasket leak in the tank ventilation system which hadn’t been replaced since the first day the car was off the factory.
In addition, we used the chance and fixed the fuel level sensor (which had been very old and of questionable origin).
The new set of gaskets and seals was ordered (our great hedgehog thanks to Hetzer-88 for patience and care).
Meanwhile we cleaned everything and worked it up with some special sealant before putting it all back. 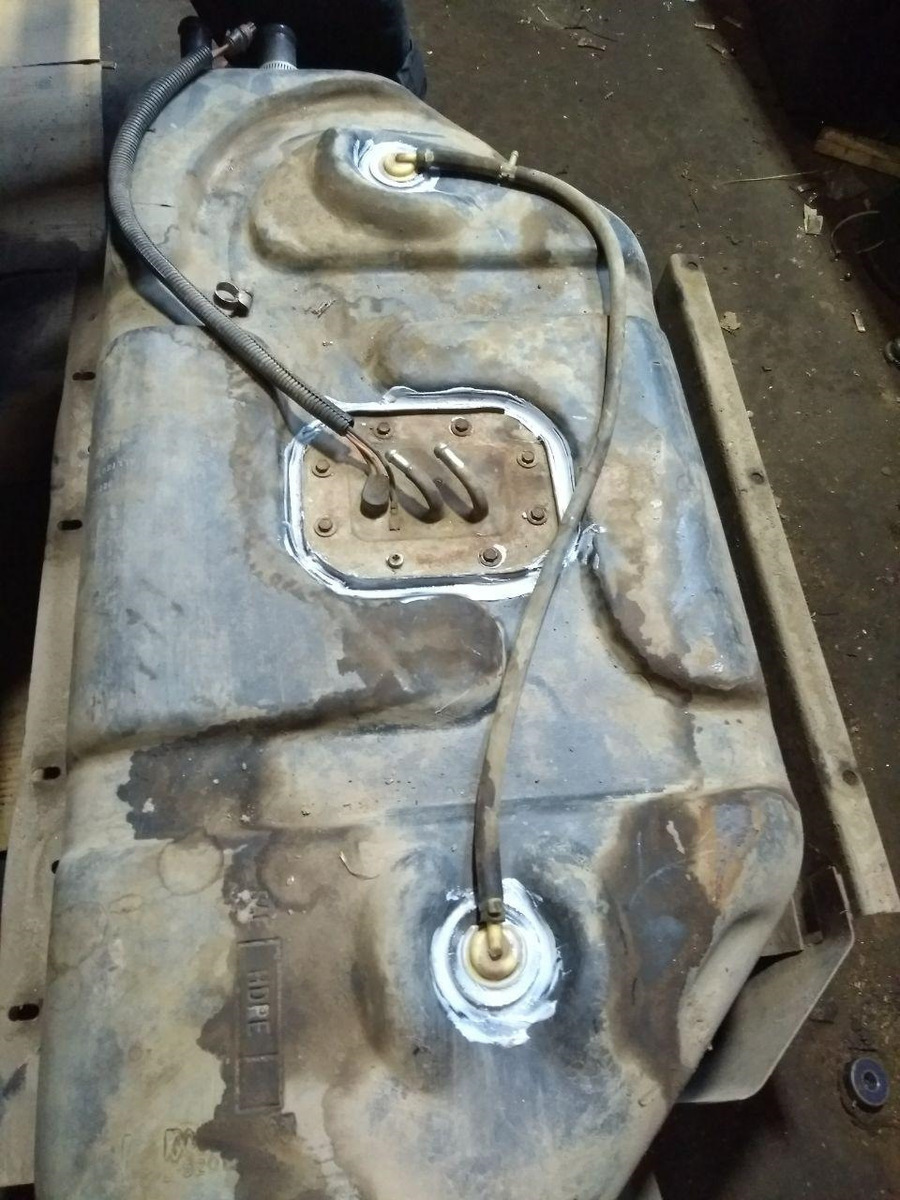