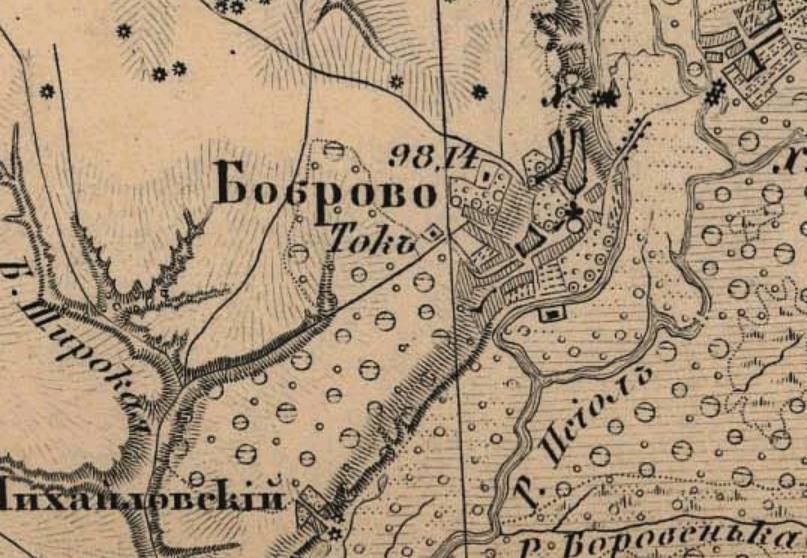 At the end of the 18th century there were 3 manor houses in it:
– titular adviser Neplyuev with a garden and a distillery;
– Staff Captain Gorobtsev;
– ensign Andrei Vasilievich Roslavtsev.

Then the possessions of the Bobrovsky landowners were bought out by the Bukharins family, whose family was very famous and very influential at that time. In 1832, thanks to the marriage of Vera Ivanovna Bukharina with Nikolai Nikolaevich Annenkov, the estate passes to the latter. Vera Ivanovna received a commendable diploma for participation in the All-Russian Agricultural Exhibition in Kharkov in 1887. 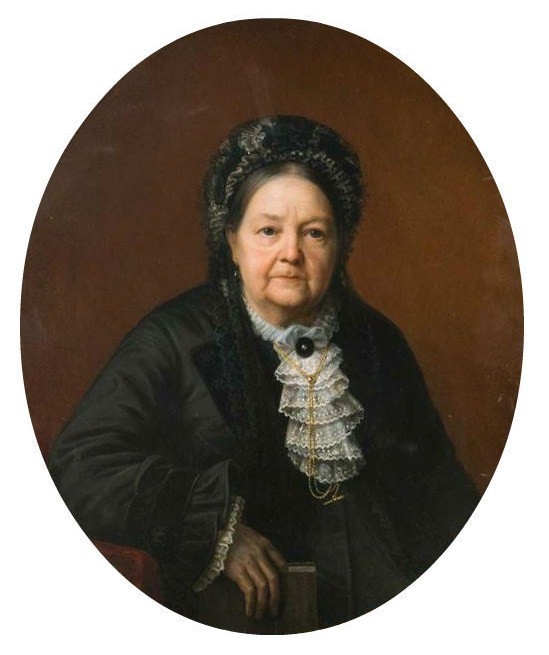 There was a wooden church of St. Nicholas near the stone manor in Bobrovo, built with the money of parishioners in 1730. However, in 1846 the church was rebuilt by Vera Ivanovna. The wood has been updated, the stone foundation has been laid. In 1891, a stone church in honor of St. Nicholas was built on her own funds near the cemetery. The owners of Bobrovo were, as I wrote above, very notable and wealthy. I will certainly publish a number of extremely interesting stories related to them. And today I would like to share another amazing discovery of mine. The fact is that very little is known about the the estate itself and the temple from those times. However, I’ve found them in autobiographical notes of His Eminence Savva. As the bishop of the Kharkov Diocese stayed there during the summer of 1875. Here is what he wrote:

“After lunchin the house of the rural dean Hodsago I left Lebedin and came to Bobrovo village for the night, where I was very cordially accepted by the noble landowner, Vera Ivanovna Annenkova, the widow of Adjutant-General Annenkov, the former Kiev Governor-General. Vera Ivanovna showed me 11 volumes of letters and telegrams from her deceased spouse, and on the basis of these materials she attempted to compile his biography.
Bobrovskaya church, located at the house of the landowner, is contained very decently. In the altar there is an icon with images of various saints, presented to the deceased I. N. Annenkov on December 6, 1863 by the citizens of Kiev, when he was the governor-general there. 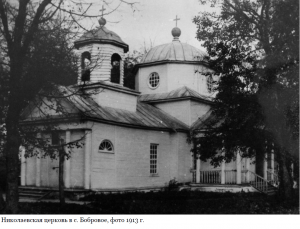 Paramonov A.F. “Orthodox churches and monasteries of the Kharkov province”

There is a folk school near the church, in which one of the daughters of Mrs. Annenkova was engaged in teaching; a teahouse was opened for the peasants at the schoold, which they could attend at certain times of the day. I examined both of them and made a test for children through all the subjects taught in school, which was a great pleasure for the young lady tutor. The manor of Annenkova is located on a beautiful area. A large stone house stands on an elevated hill; a vast shady garden descends from it down, washed by the river Psyol. The meadows can be seen for far away from the coast of Psyol.”

However, the manor did not survive to our days, since it was demolished in the post-war years. Things from it can still be seen in the Lebedinsky Art Museum. Now there are fields on its place. 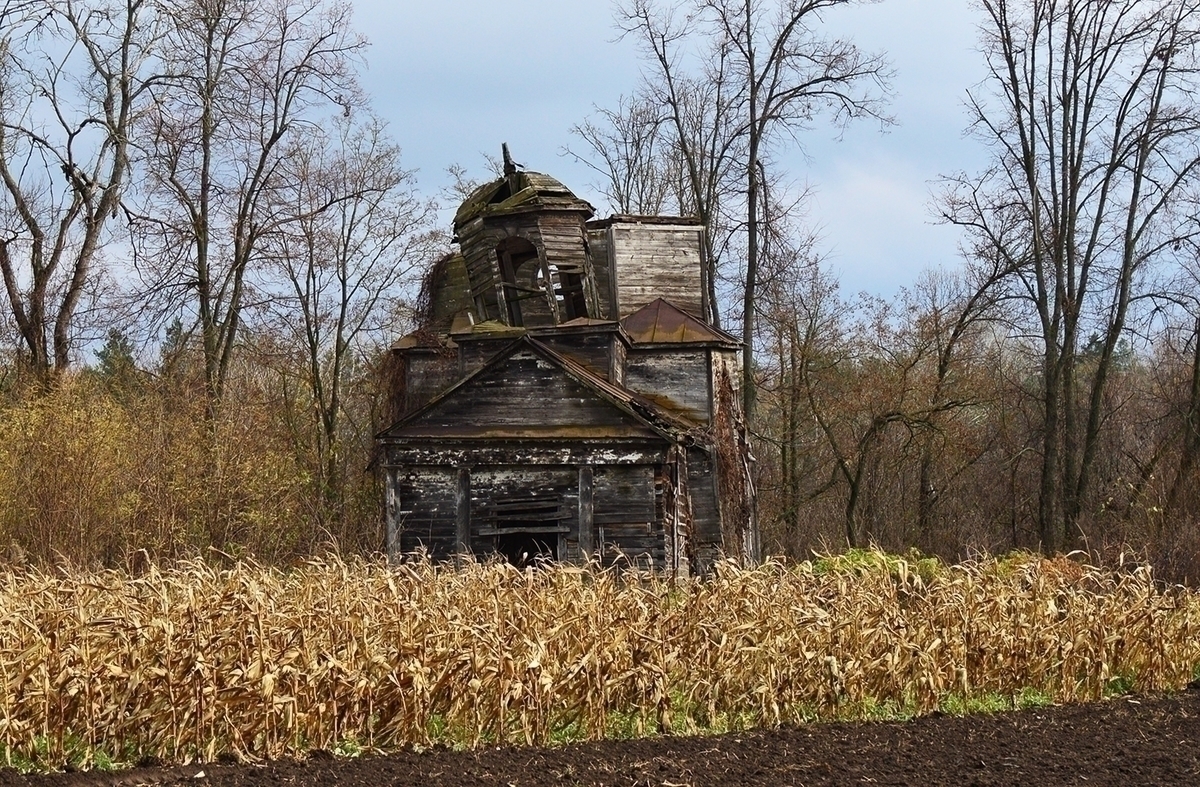 The Church of St. Nicholas, which is the oldest wooden church in Slobozhanshchina, has the status of a local architectural monument with a security number. The results of the state’s concern for such a unique facility for our region, as it is being said, are obvious. 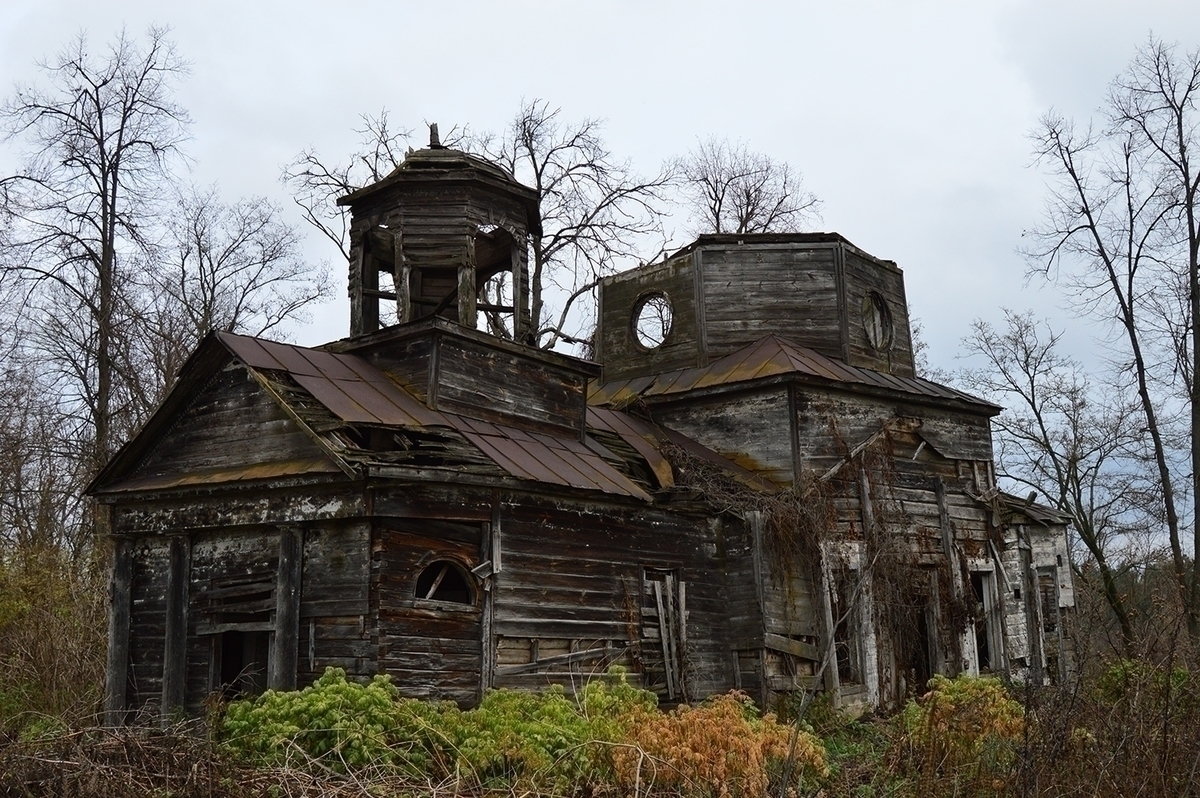 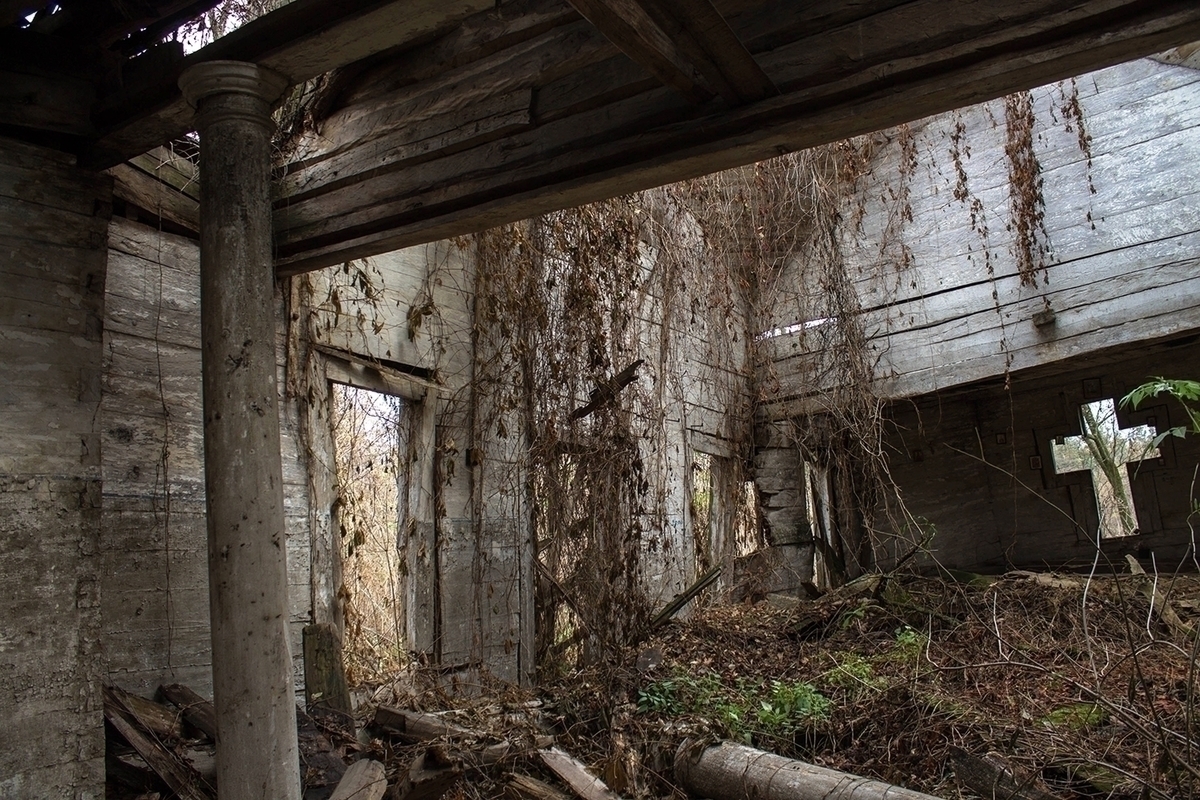 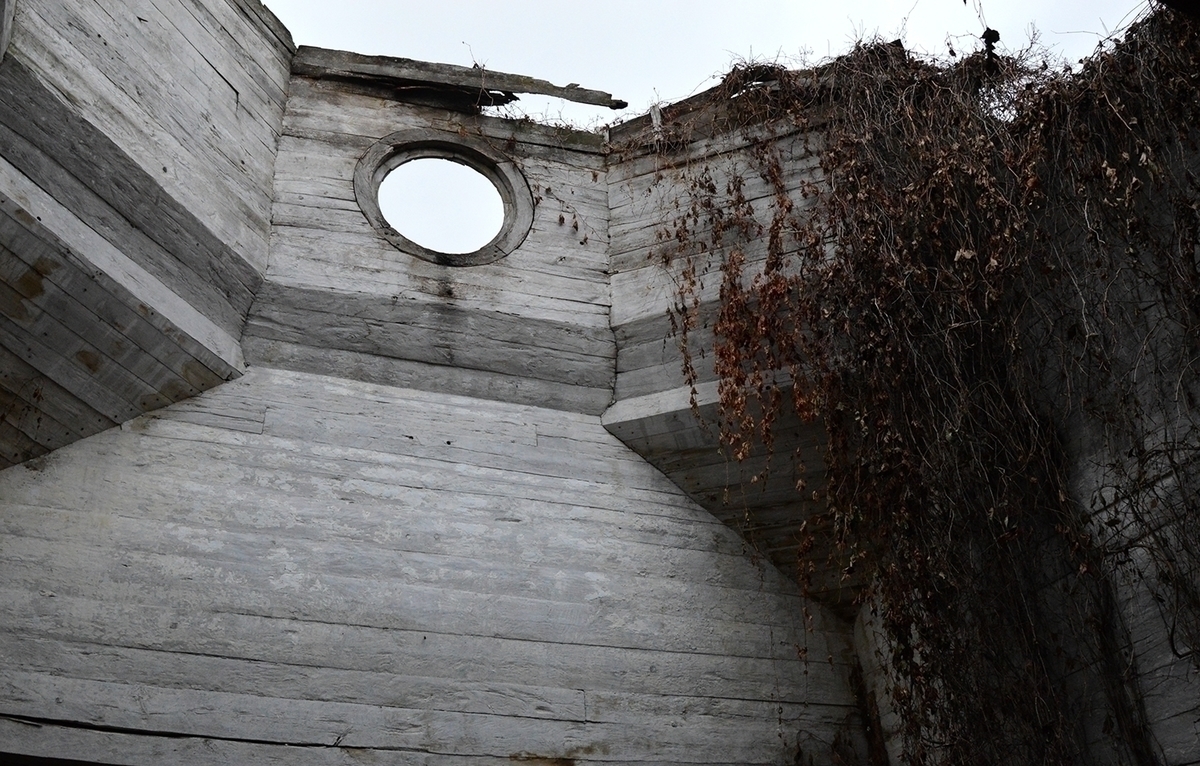