The Berdichev monastery of the bare Carmelites in Ukraine was founded by Kiev voivode Janusz Tyszkiewicz in 1630 as a token of gratitude for his release from Tatar captivity. The beginning of monastic life in the monastery and the consecration of the lower church in the name of the Immaculate Conception of the Mother of God took place on July 22, 1642.

The liturgical service was performed by the Kiev Bishop Andrei Sholdrsky. On the occasion of this celebration, the founder presented the church with a copy of the Roman icon “Our Lady of the Snows”, kept in the church of Santa Maria Maggiore. In the XVI century Jesuit fathers received permission to make several copies from that icon. Some of them came to Poland – Rzeczpospolita. And in the end, one copy was in the family of the Polish magnates Tyszkiewicz. Believers hurried to the new temple with prayer. And from among those who prayed, many began to notice that they were healed from all sorts of pain. Among them was even the Kiev Catholic Bishop. Therefore, even then the icon was proclaimed miraculous. And at the same time the tradition of pilgrimage to the Berdychiv Carmelite monastery was born.

In 1739-1754, the upper church was built. A typical basil, shaped like a Latin cross with a dome at the intersection of the transept, rose above the lower church. The new church was consecrated on June 9, 1754 by the Kiev Bishop Kayetan Soltyk. At a meeting of the Senate in Grodno, the bishop addressed on behalf of the bare Carmelites with a request for the coronation of the icon by the papal crowns. After receiving the consent of the Senate, the Polish King Augustus III and the Primate of Poland Adam Komorowski made a similar request to the Holy Father Benedict XIV. The pope sent two golden crowns with emeralds and an official decree, dated January 28, 1753. The icon was crowned by Bishop Caether Soltyk on a royal scale on July 16, 1756. Monks and nuns, representatives of Claire, troops, as well as 50 thousand believers took part in this service.

For the safety of Sanctuary the defensive system was built. It consisted of moats filled with water, towers, also a detachment of 60 soldiers, who defended the “Fortress of the Blessed Mother of God”. By the request of the abbot, the monastery received another 120 people who wanted to defend the fortress in the event of an enemy attack. In the XVIII – XIX centuries, the Berdychiv Monastery was not only the center of religious life and cult of the Blessed Virgin in the Ukrainian lands, but also a significant cultural and charitable center. Printing, bursa and school at the Carmelite monastery in Berdichev played an important role in the development of culture and education. The Sanctuary of the Mother of God of Berdychiv became the spiritual capital of the Roman Catholic Church in Ukraine. This place was considered holy, a place of presence of the Mother of God, and also a place of repentance for those who wanted to unite with God. 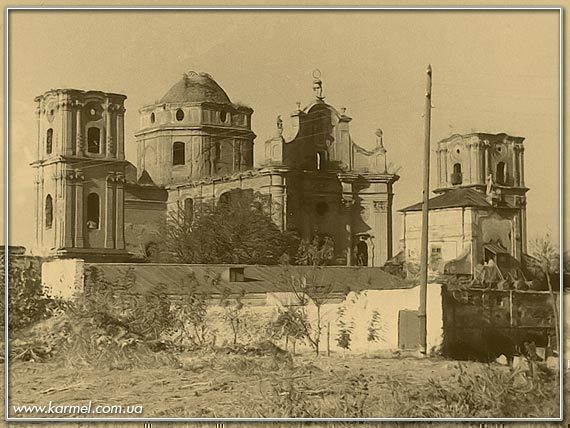 In the first half of the 19th century, the golden crowns that decorated the icon of the Mother of God Berdichevskaya were stolen. By the request from the Carmelites for a second coronation, Pope Pius IX sent new crowns. The coronation was repeated on June 6, 1854 by Bishop Kasper Borovsky. In 1866, the Russian tsar confiscated the monastery and placed Sanctuary under the care of the diocesan priests. In the post-revolutionary period, the Carmelites returned to Berdichev for a short time. After the death of her father Theresia Shtobrina in 1926, the communist government confiscated Sanctuary, transferring it to state ownership. The upper church was turned into a museum of revolution, a museum of atheism, and the lower one was turned into a city cinema. In 1941, on the eve of the fascist invasion, a fire broke out in Sanctuary as a result of arson. Probably, then the icon burned down. 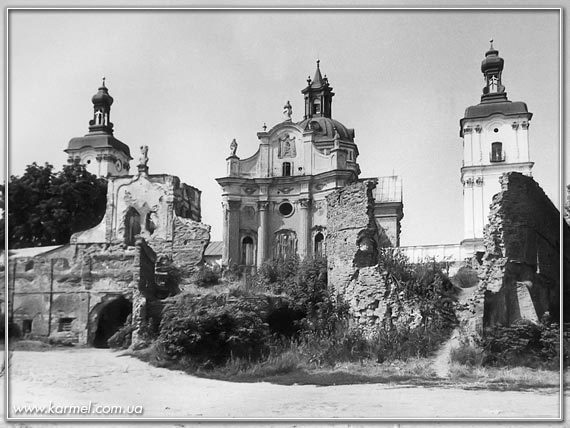 November 15, 1991 The Roman Catholic Church again got the upper and lower churches in Berdichev into the property. The Carmelites took up the difficult task of restoring both temples. Crowds of pilgrims began to come to Sanctuary. A new icon of the Mother of God Berdichevskaya was painted. The new face of the Virgin Mary was blessed on June 9, 1997 by the Holy Father John Paul II in the Church of St. Hedwig in Krakow. The coronation of the icon by the papal crowns took place during the patronal feast in honor of the Mother of God from Mount Carmel on July 19, 1998. The coronator on behalf of the Pope was the Ordinary of the Kiev-Zhytomyr diocese, Bishop Jan Purvinsky. 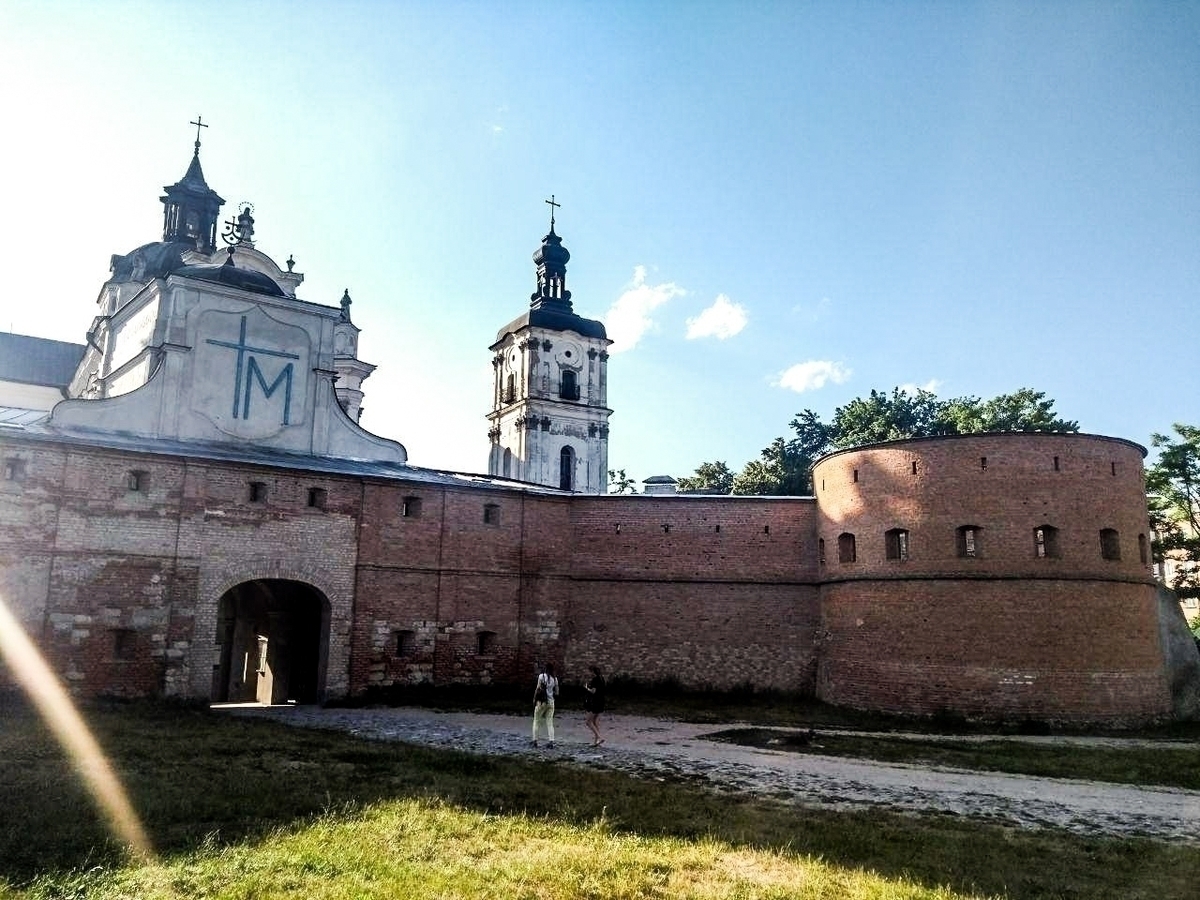 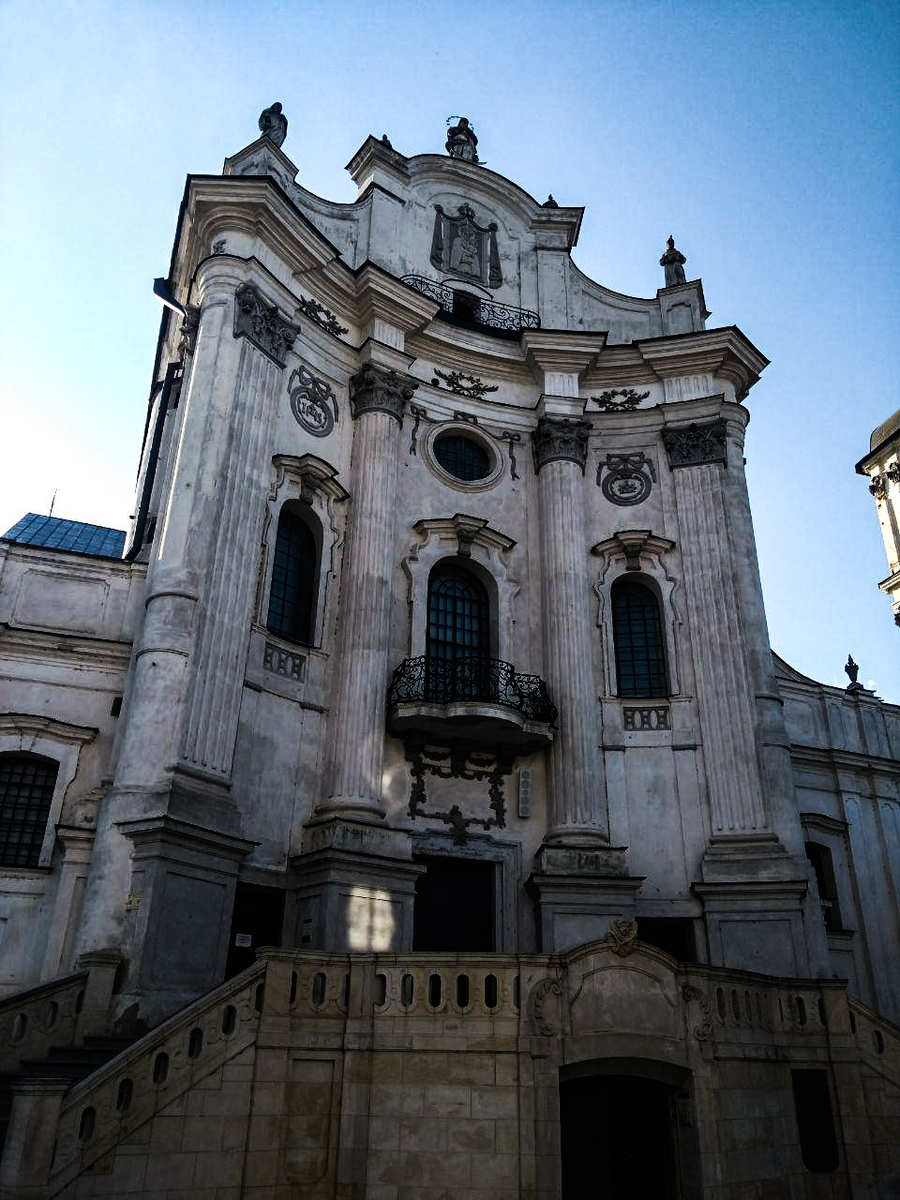