Church of the Akhtyr Icon of the Mother of God, village Bugaevka

The settlement of Izyum Uyezd – Bugaevka, also known as Izyumets. The settlement was founded at the end of the 17th century by representatives of a glorious family of suburban colonels, to whom it belonged until the death of its last representative, Dmitry Andreevich Donets-Zakharzhevsky (strangled by his own nephew in 1871). 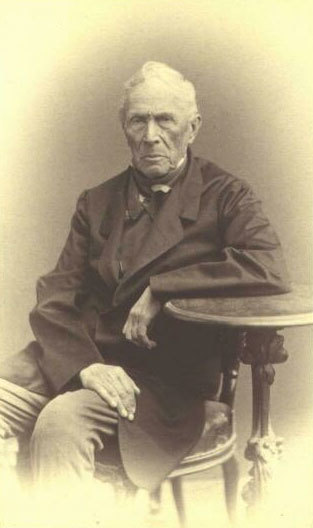 The appearance of the temple itself, built in Bugaevka in 1819, is also connected to this noble family. Legend tells, that at the beginning of the nineteenth century two brothers owned the settlement: Peter and Vasily Mikhailovich Donetsk-Zakharzhevsky. Before Vasily left his estate to serve in Petersburg, his mother gave him (as a farewell) ordinary icon of the Mother of God of Akhtyr. On the way, the young master, indulging in dreams of a brilliant career in the Petersburg city, threw out the icon. Already in Petersburg, he told this to his old servant. The latter was horrified and said that Vasily Mikhailovich would not have any happiness, because, having thrown out the icon, he deprived himself of his mother’s blessing and protection. Indeed, Vasily’s affairs in St. Petersburg did not work out, various troubles began. After the news of the death of his mother came from Bugaevka, the old servant advised the young master to return and find the icon.
Leaving service in St. Petersburg, Vasily returned to the family estate. Suddenly, the horses went mad and overturned the carriage. When the coachman and servant found the young master, he was unconscious, with a bloody face, and under his head lay the exact icon that he had once thrown away. Returning to Bugaevka, the landowner built with his own money a beautiful temple, which he dedicated to the icon of the Mother of God of Akhtyr.

The first wooden church in honor of John the Theologian was built in a settlement in 1742. 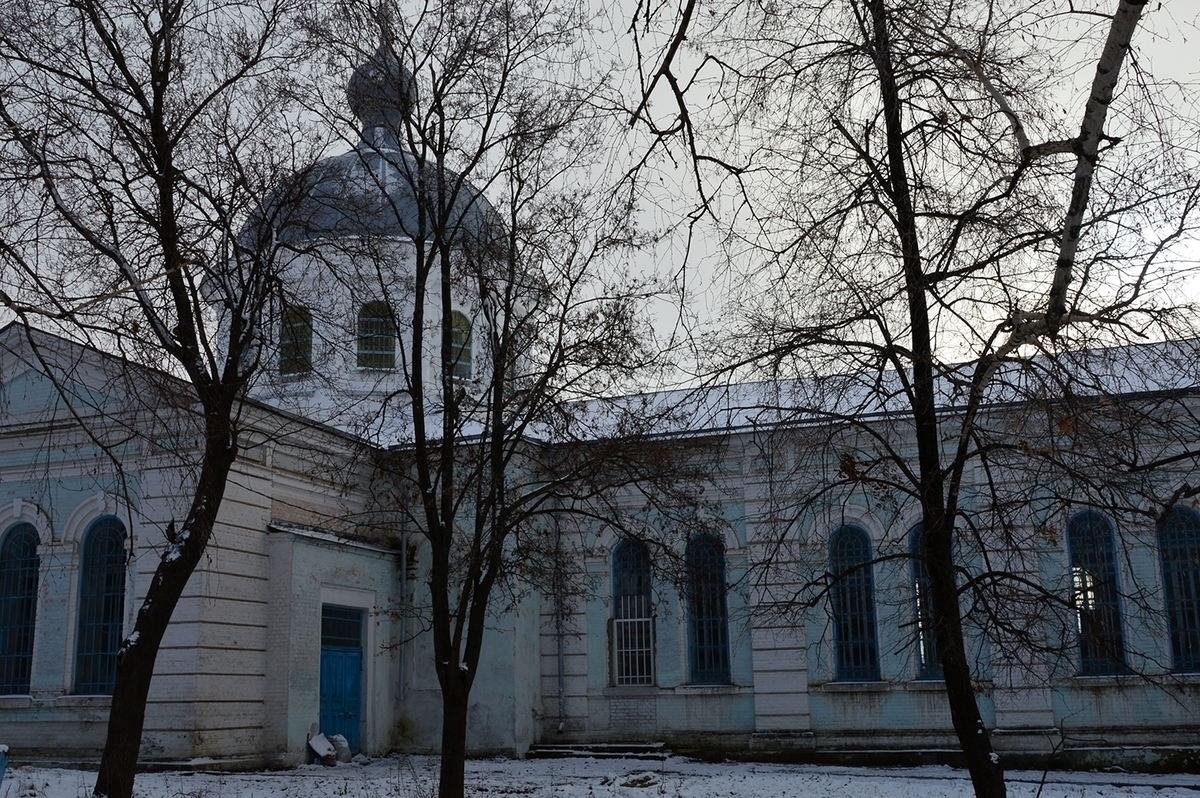 We were lucky. The temples abbot, father Anatoly, approached us and offered to come in, once he noticed us walking around. A little later, the regent of the church choir came up. An excursion and a lecture on the history of the temple dragged on for 40 minutes. We were told about the past of Bugaevka, the restructuring of the temple in the early twentieth century. And in parting, they presented us with a reprint edition of the book from 1876, “The Story of the Temple Icon in the Church of the Bugaevka Settlement in Kharkov Province. Izyumsky district “and” Kovalevsky – the story of one family. ” We were very pleased with the passion of people with the history of their village and temple. We’ve met this rarely in our trips around Slobozhanshchina. 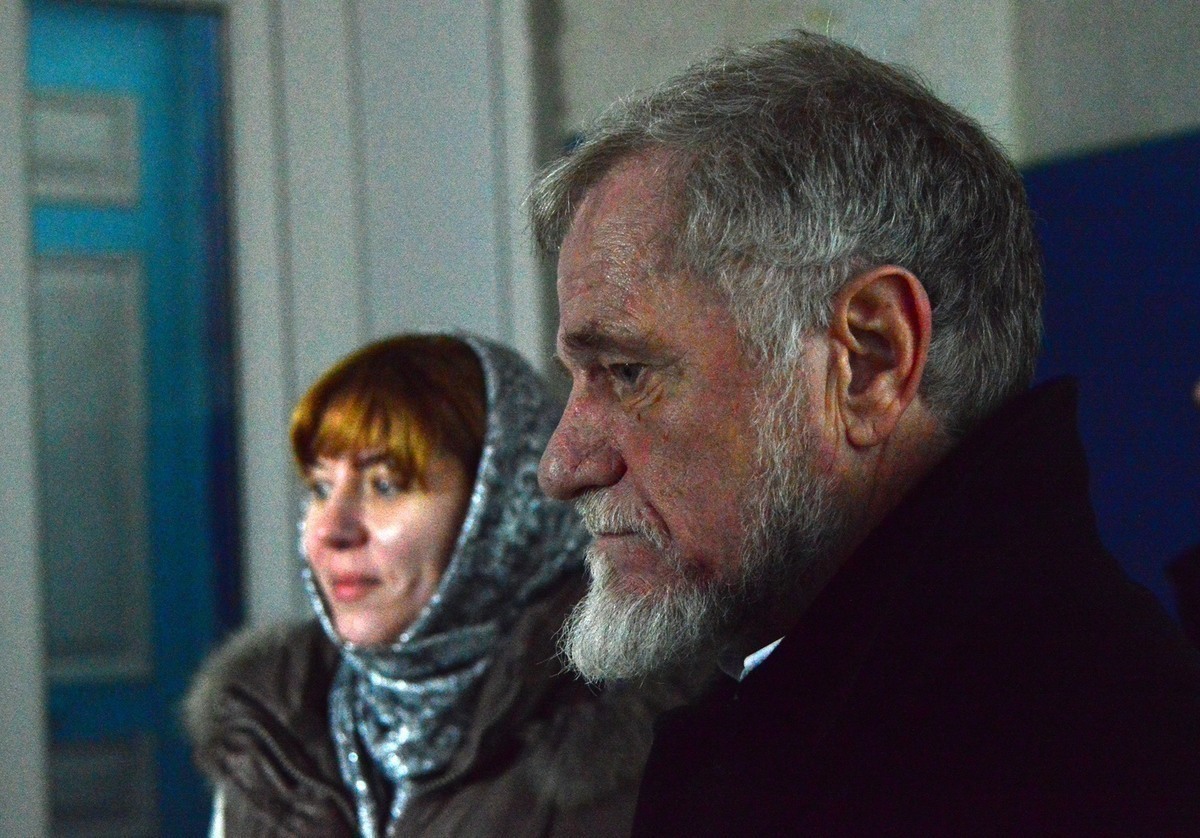 And even not taking into count, that the temple reminds of the Donets-Zakharzhevskys family, leaving Bugaevka, we saw it through the eyes of the author of the book that was presented to us from 19th century, and outside the windows of the car, that were not a gray houses which flickered for us, but a wooden one-story manor of Pyotr Mikhailovich. Or a two-story stone house of Vasily Mikhailovich – with balconies, columns, a picturesque ballroom, rich decoration of rooms, parquet floors, with furniture upholstered in velvet and a garden, in the center of which was an artificially constructed island … 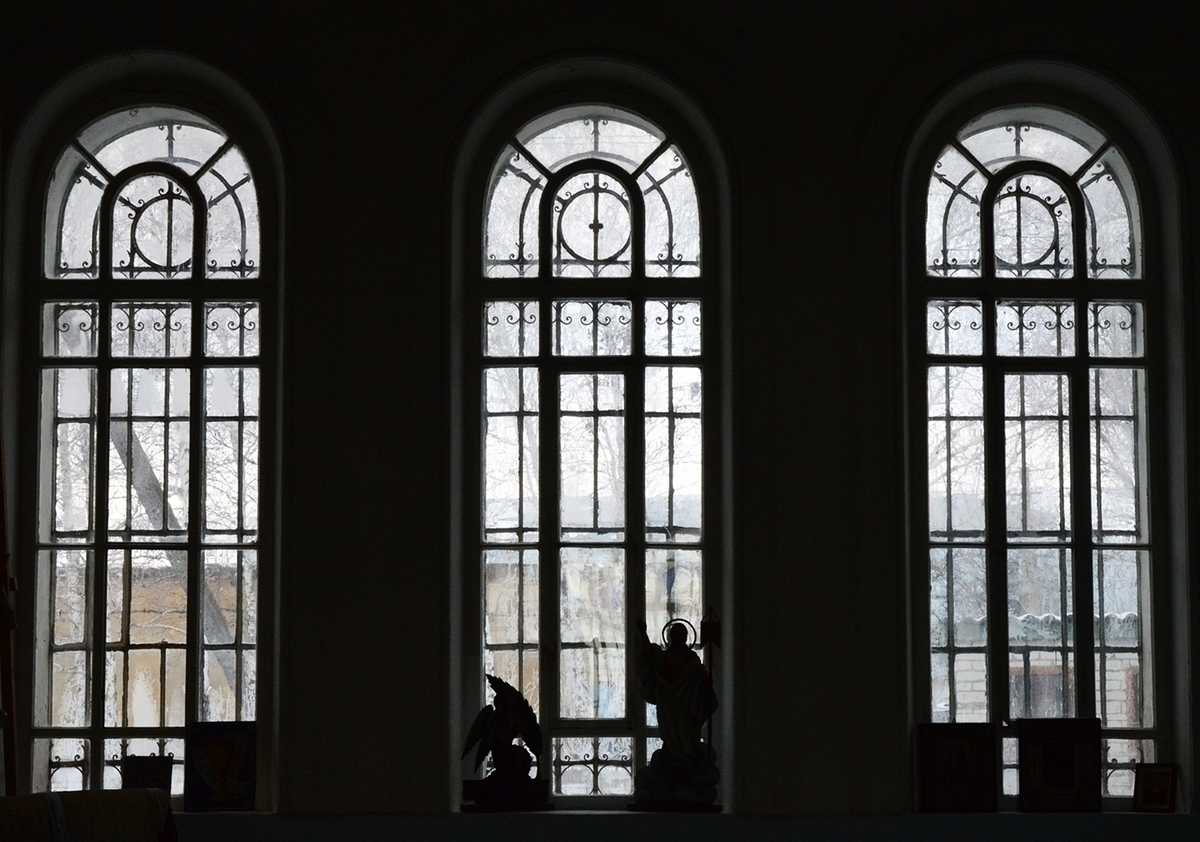 In the middle of the 19th century, a small stone chapel stood on the site of the first wooden church. Not far from it was a stone building, built in the form of a small stone church. Pyotr Mikhailovich was buried in its crypt.