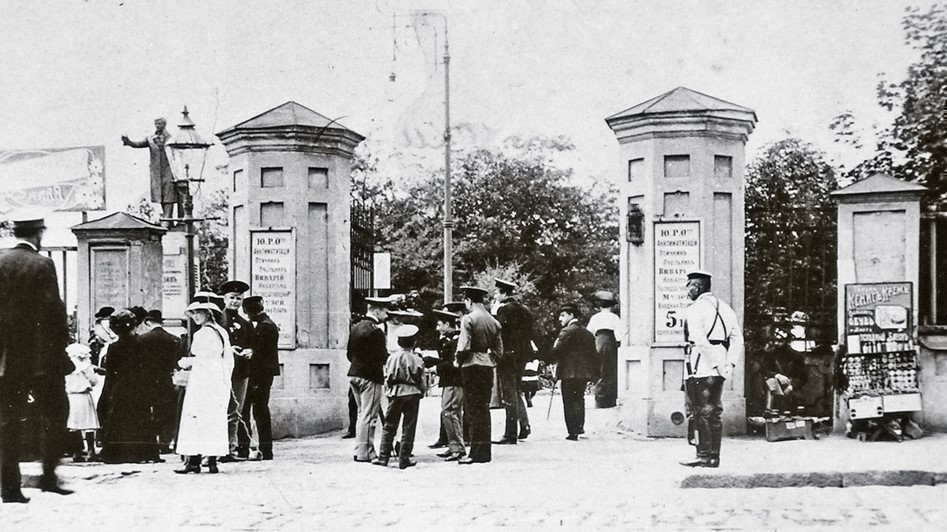 A garden appeared at the beginning of the XIX century on the initiative and with the active participation of the founder of Kharkov University V.N. Karazin and the trustee of the educational district, Count S.O. Potocki. On the vast territory allotted by the state for the university on the northwestern outskirts, it was initially planned to place all the facilities of the complex, but there were not enough funds for this, and the existing buildings in the city center were adapted for the main buildings. The university garden was laid in two places. On the site of a former oak grove, where the garden of Prince Cantemir was laid back in the 18th century. And on the site of private estates donated to the educational institution in 1803-1804. The layout of the garden was developed by architect E.A. Vasiliev. The work was supervised by Professor F.A. Delyavin with the participation of a gardener Zeitler discharged from abroad. The university garden was placed on two terraces.

The upper terrace is located on the east side along Sumskaya Street. A landscape (“English”) park with an area of about 20 hectares, designed for walking and recreation, was laid there. On the lower terrace there is a botanical garden (with an area of about 8 hectares) for scientific and educational purposes. The entrance was arranged from Sumskaya Street, connecting the terraces with the main avenue, near which the cafe-restaurant pavilion was placed and benches were installed. 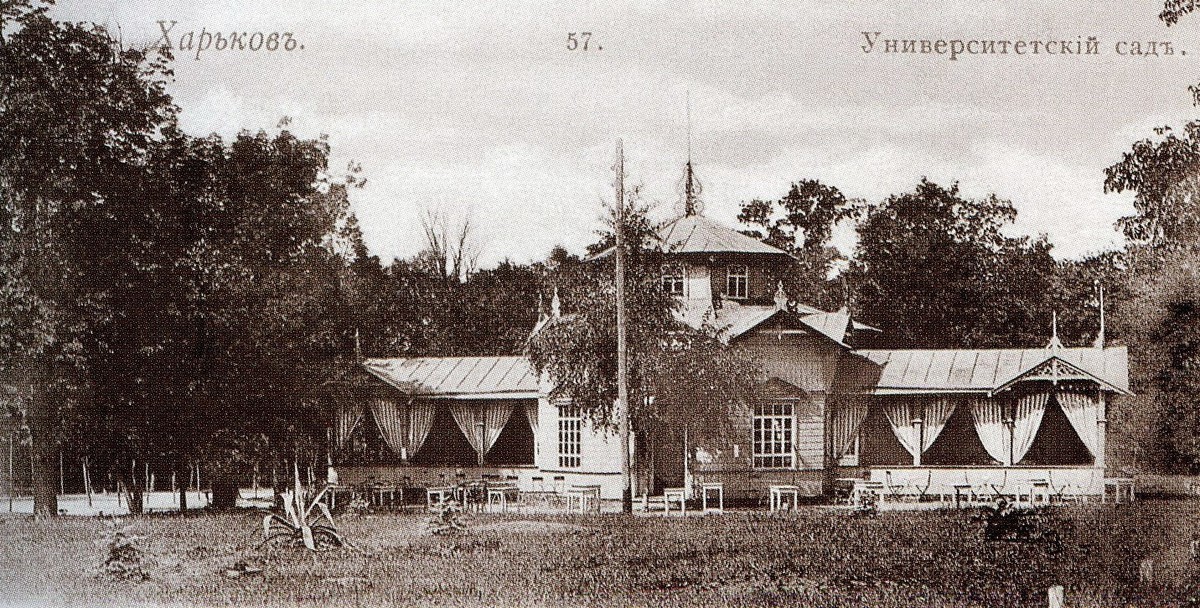 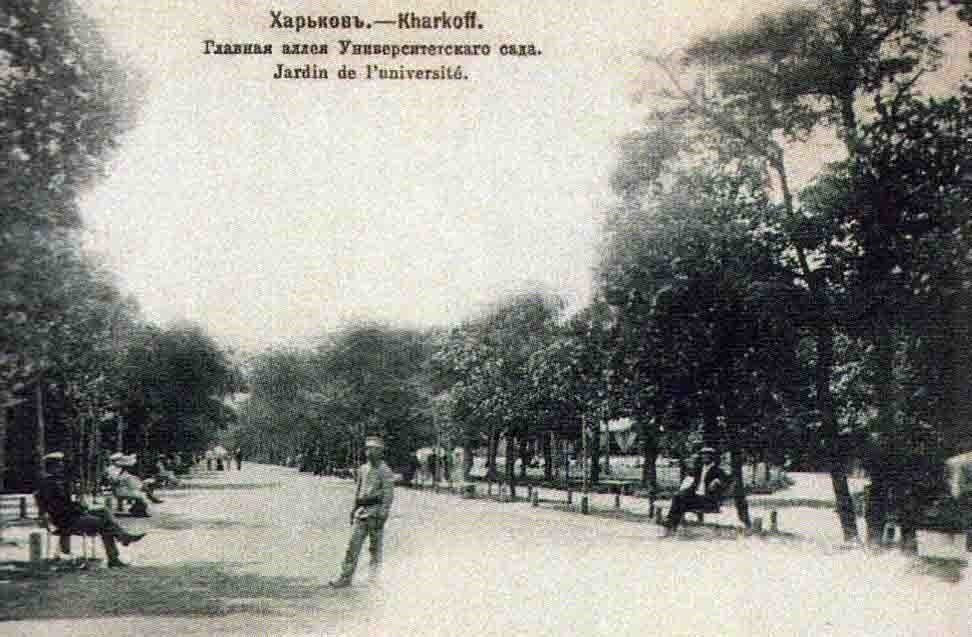 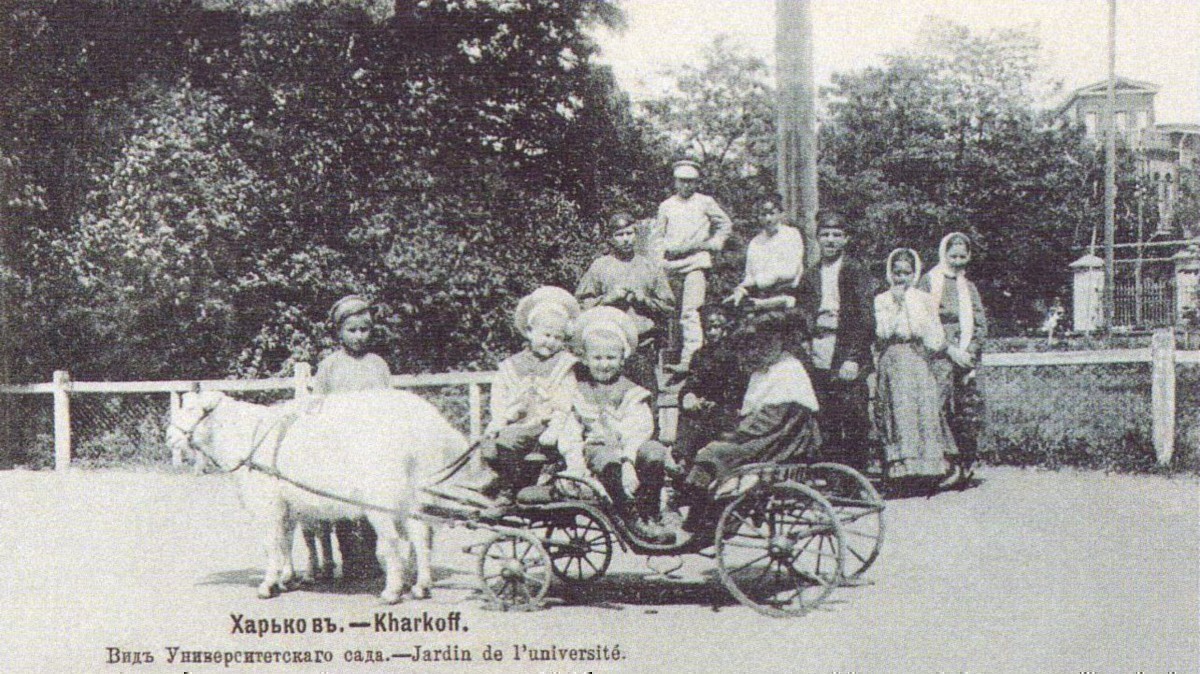 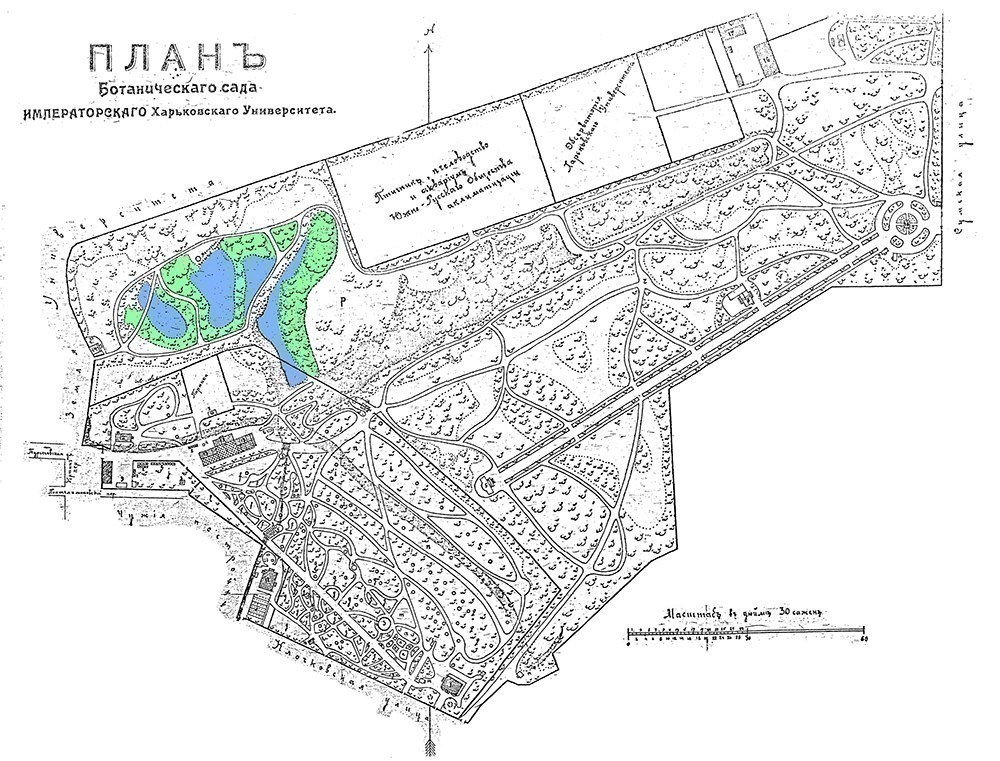 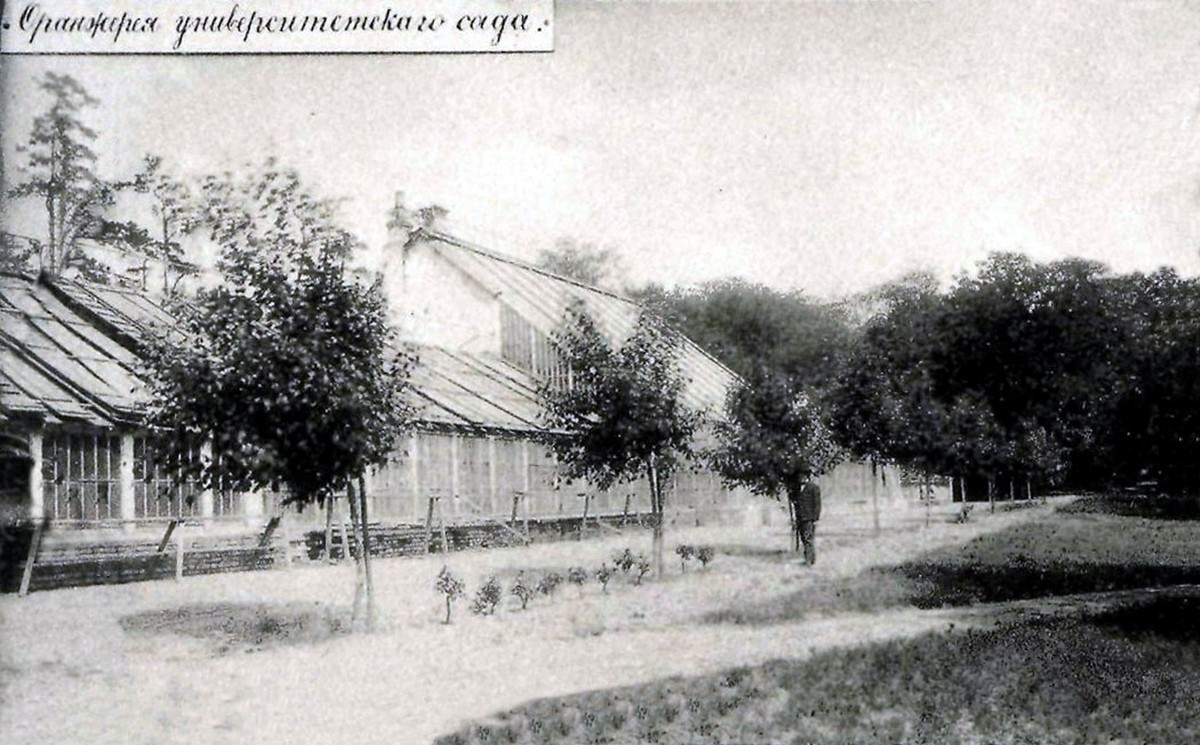 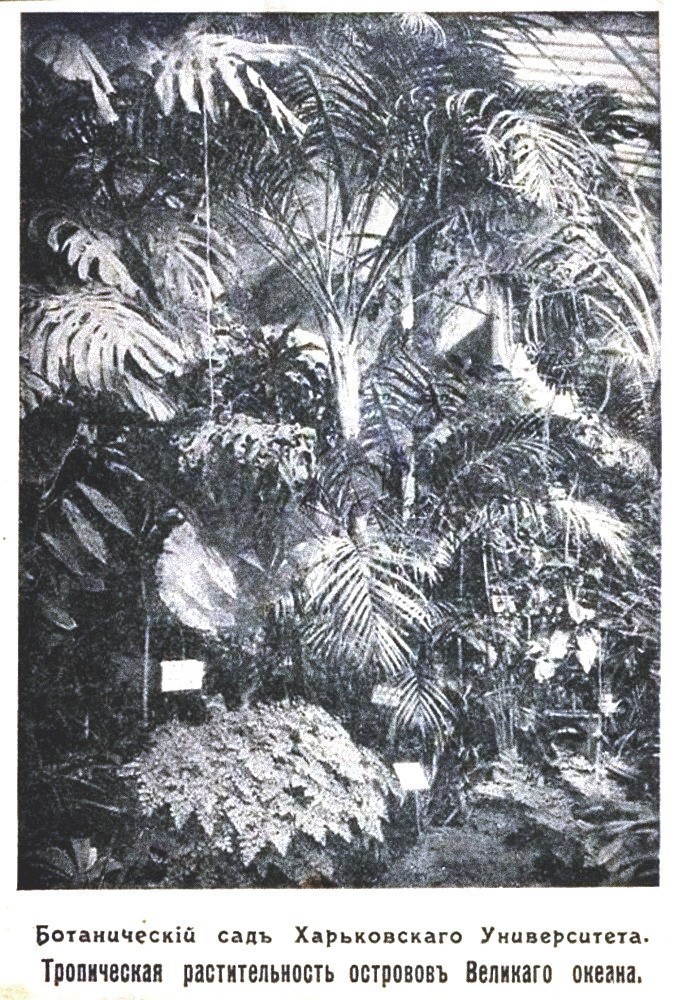 During the period from 1826 to 1837, some economic improvements were made. In 1833, a gardening school was opened at the Botanical Garden.
Gradually, on the territory of the University Garden and nearby, new objects formed, the development of which became autonomous. So, in 1839, the Institute of Noble Maidens settled on the southeastern side, which was provided with a building that was previously built for the Cadet Corps. 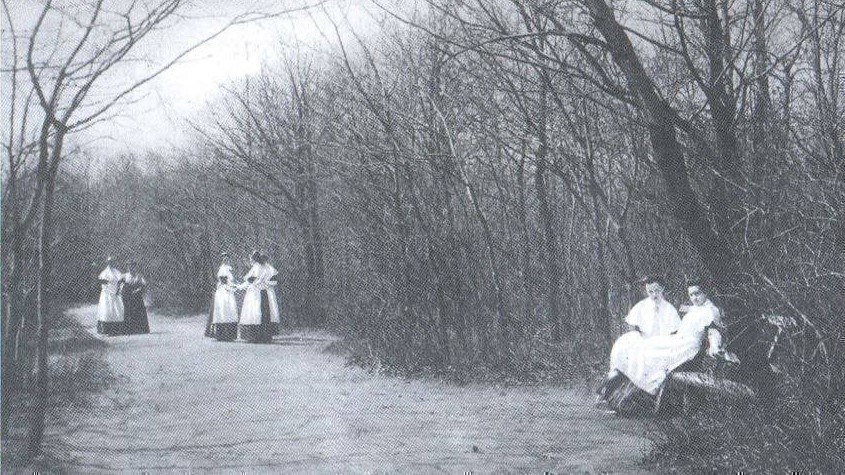 After 1919, the Institute of National Economy was located in this building, and during the Second World War the building was destroyed and its ruins were demolished, expanding the garden.
In 1854, the Veterinary School was located on the northeast corner of the garden, which was later transformed into the Veterinary Institute, for which in 1873 main building was built according to the project of M.P. Lvov architect. In the 1860s, the garden was fenced off Sumskaya Street with a high fence with metal bars. In 1880, a university observatory was installed in the garden, equipped under the guidance of Professor G.V. Levitsky with the participation of optics and mechanics A.N. Edelberg. In 1892, a meteorological station was organized at the observatory. 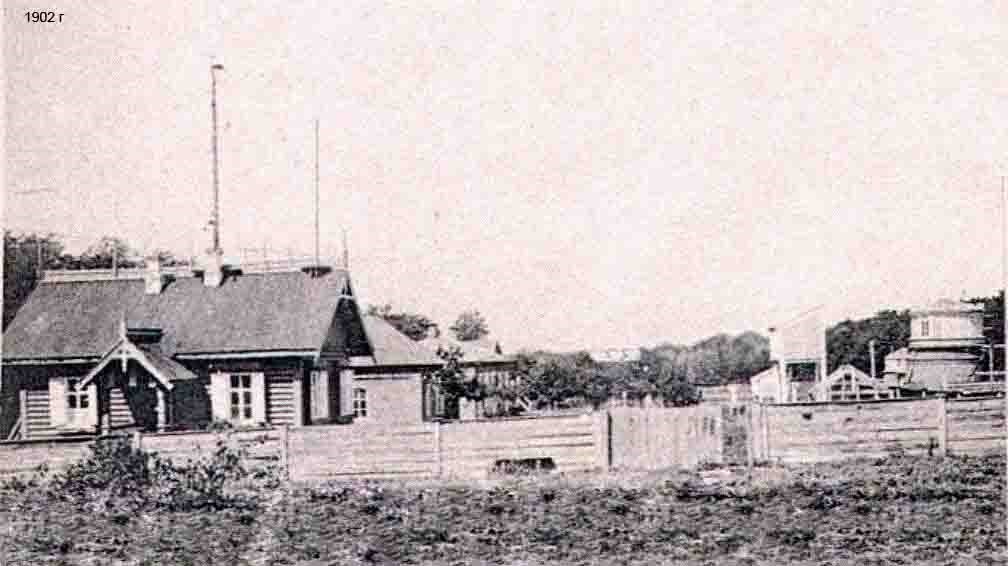 Well-known astronomers L.O. Struve, N.P. Barabashov and others were working in the observatory, that is still functioning.

In 1851, Prince V.Yu.Meshchersky donated “rich collections of greenhouse plants, of which many were distinguished by their size and constituted the best decoration of greenhouses” to the botanical garden. The Botanical Garden at that time consisted of 8 branches: general botanical, medical, technical and agricultural, “delicate trees and shrubs”, tree nursery, bush nursery, vineyard (where up to 1000 grape bushes grew), flower department.
During that heyday, in the life of the garden, there was a gradual decline, which was largely due to the arising interest of the most respected representatives of botanical science, both here and in Western Europe, in the study of lower and higher spore plants.
In the late 80s of the XIX century changes for the better are again observed in the development of the botanical garden. In 1894, thanks to the efforts of the director of the garden, Professor L.V. Reinhard (1886-1903), the building of the Botanical Institute was built on the territory of the Botanical Garden, designed by architect V.V. Velichko, the greenhouses that had become unusable were rebuilt, a new fence was installed. In 1903, the garden was headed by Professor V.M. Arnoldi.
In 1895, a zoo was located on the northwestern side of the garden. The establishment of the Aquarium Committee in 1890 preceded this. 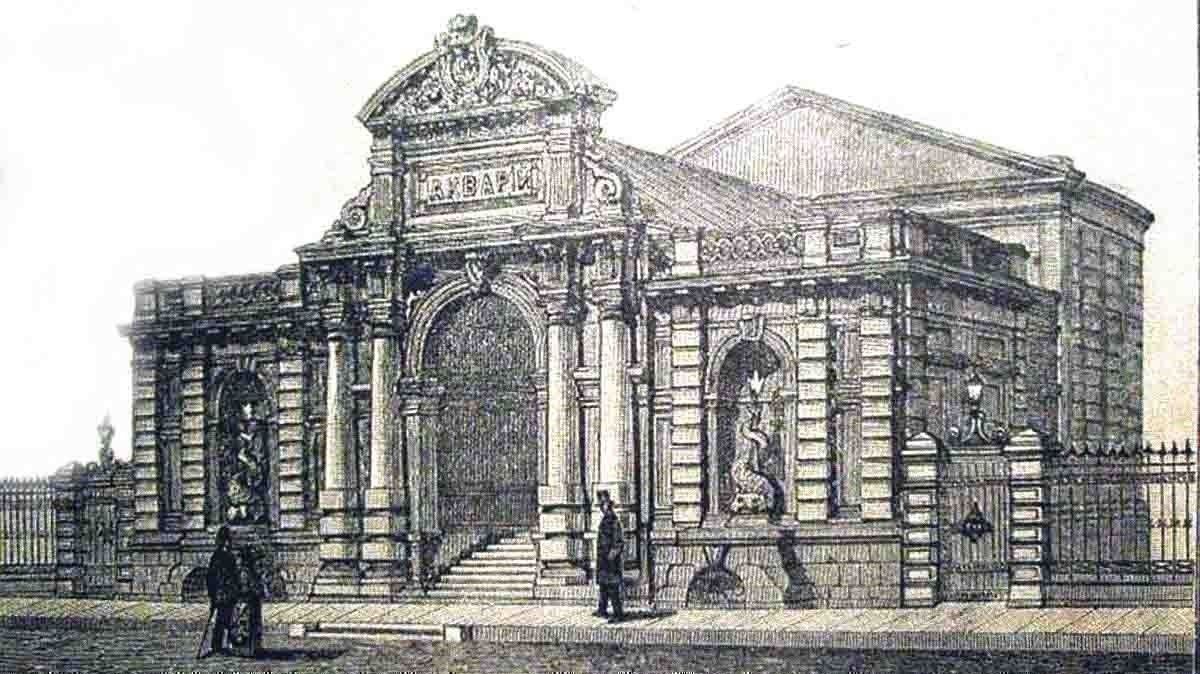 In 1896, a beekeeping station was created. 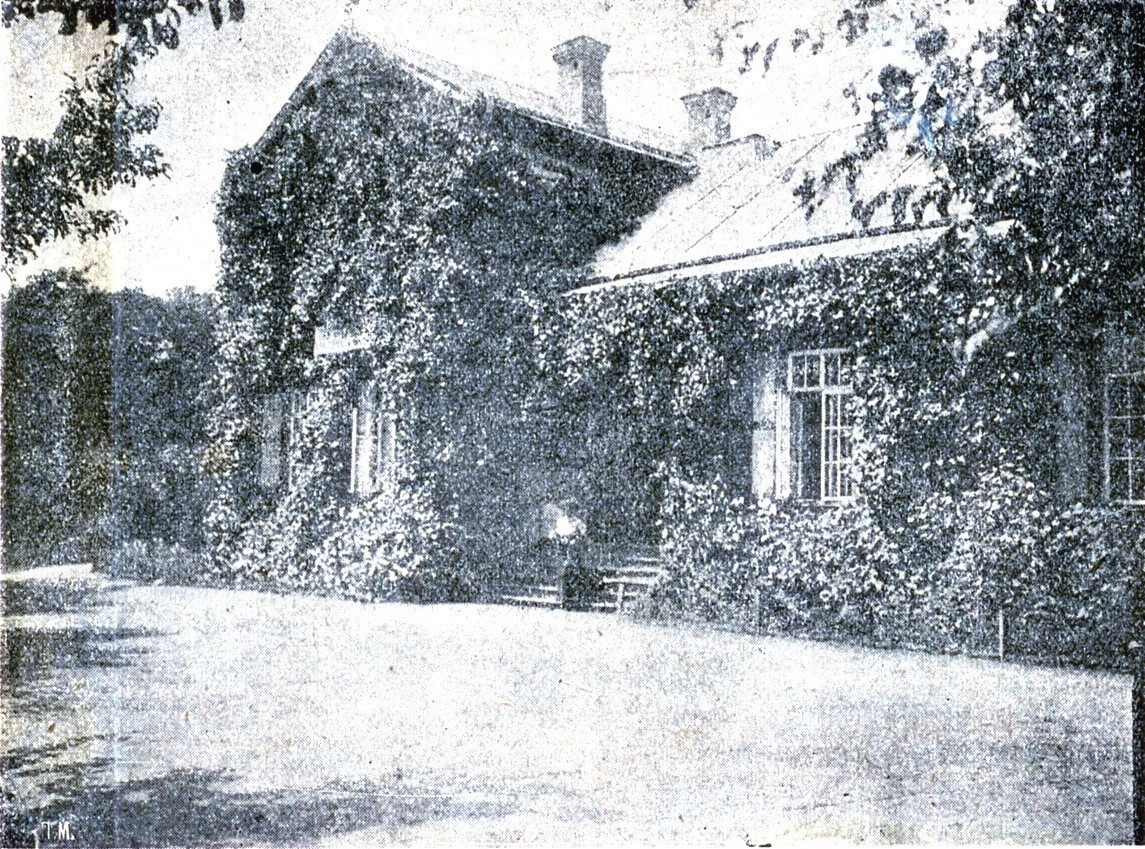 In 1900, an exhibition of horticulture and plant growing was held, which showed mammals and birds brought from Askania Nova. The transformation of the zoo-garden into a large zoo took place in the 1920s under the guidance of Professor N.P. Ewald. In 1983, Kharkov Zoo was declared as “protected”.

In 1906 a monument to V.N. Karazin was opened at the entrance to the garden,. The authors of the project are sculptor Andreoletti (I.I. Pagireva) and academician of architecture A.N. Beketov. This monument was moved to Universitetskaya Street in 1933, and in 1958 it was returned to the garden, but to a new place where it is now located.

Between 1903 and until 1917, the botanical garden “reorganized areas of crops in the open air” to demonstrate natural plant communities that familiarize visitors with the life of plant complexes. Plots of steppe, sandy, chalky and wetland vegetation were organized to demonstrate such groups. Along with this, plots of medical and industrial plants were laid, as well as “plots for demonstrating biological and evolutionary processes.” To demonstrate higher aquatic plants, a greenhouse was built for Victoria regia. 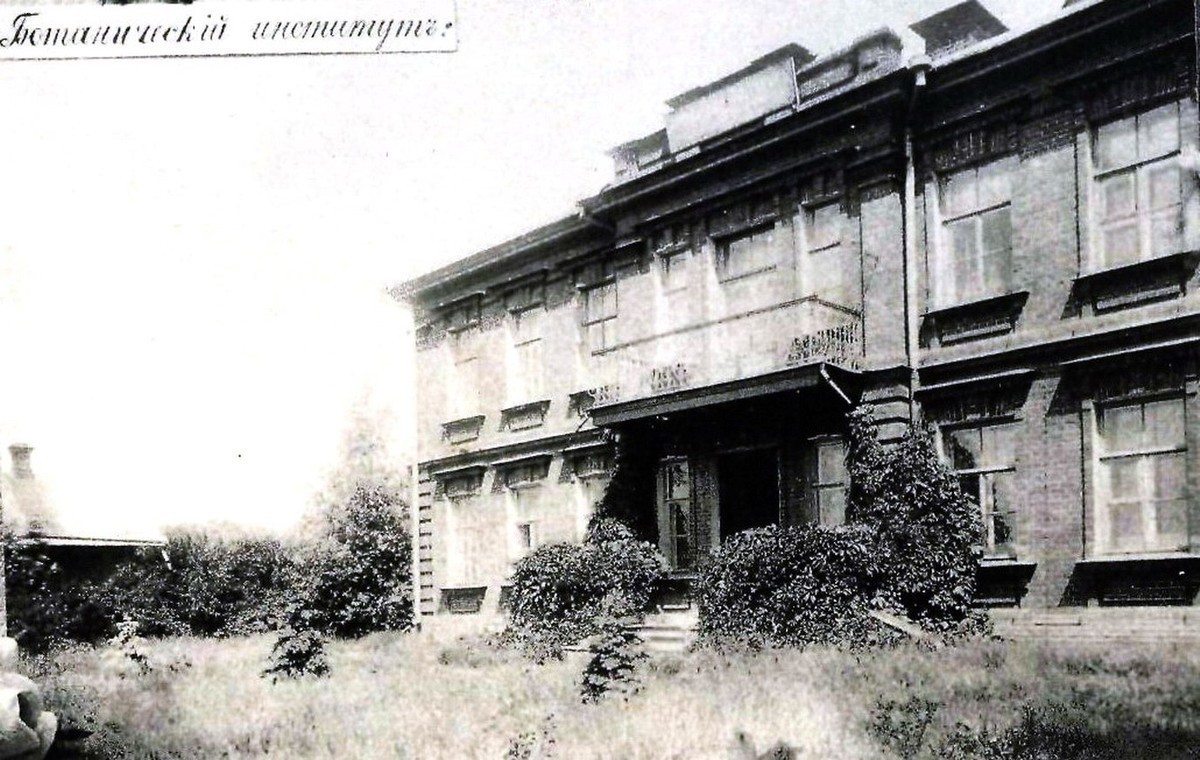 After the October Revolution, the university garden (now – the city garden named after T.G. Shevchenko) was alienated, the greenhouse for Victoria regia and the hedge around the botanical garden were destroyed, many valuable trees and shrubs died, the vegetation of chalk and granite outcrops, areas of steppe and sand were destroyed. In the 20s of the 20th century, the garden area decreased significantly, it changed departmental subordination several times, suffered the deep shocks of World War II, hunger and material need, and almost ceased to exist.
In 1930, the Research Institute of Botany was organized, to which the Kharkov Botanical Garden was attached. In 1940, the Botanical Garden was separated from the Institute of Botany as an independent structural unit in the university system.
At the end of the 50s, an additional territory was allocated to the botanical garden, with an area of about 75 hectares, on the then outskirts of the city in the Sarzhin Yar beam (currently Otakar Yarosha Street, 24). The territory of the garden on the street Klochkovskaya, 52, an area of 5.5 hectares, in 1960 receives the status of a “protected”.

According to the materials of Alexander Leibfreyd “Sloboda” – 1996. – August 14 and the current director of the Botanical Garden Alexander Alekseevich Alekhine. 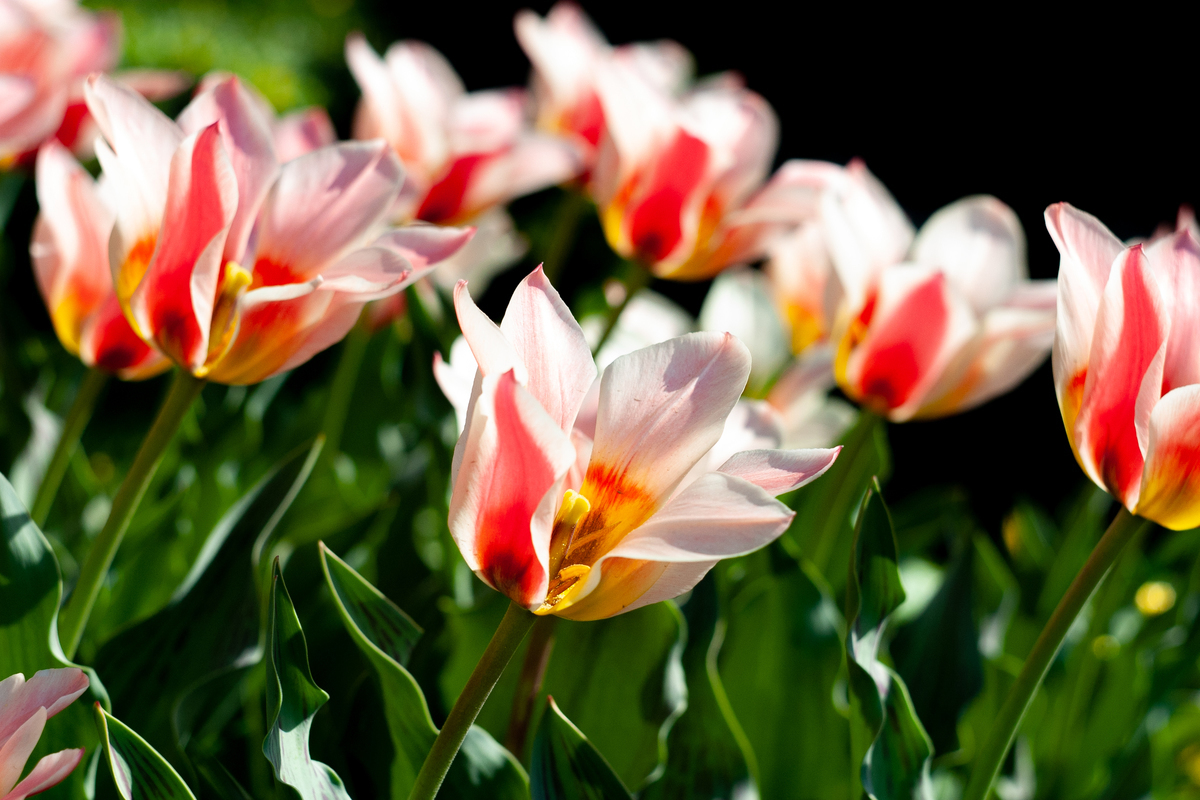 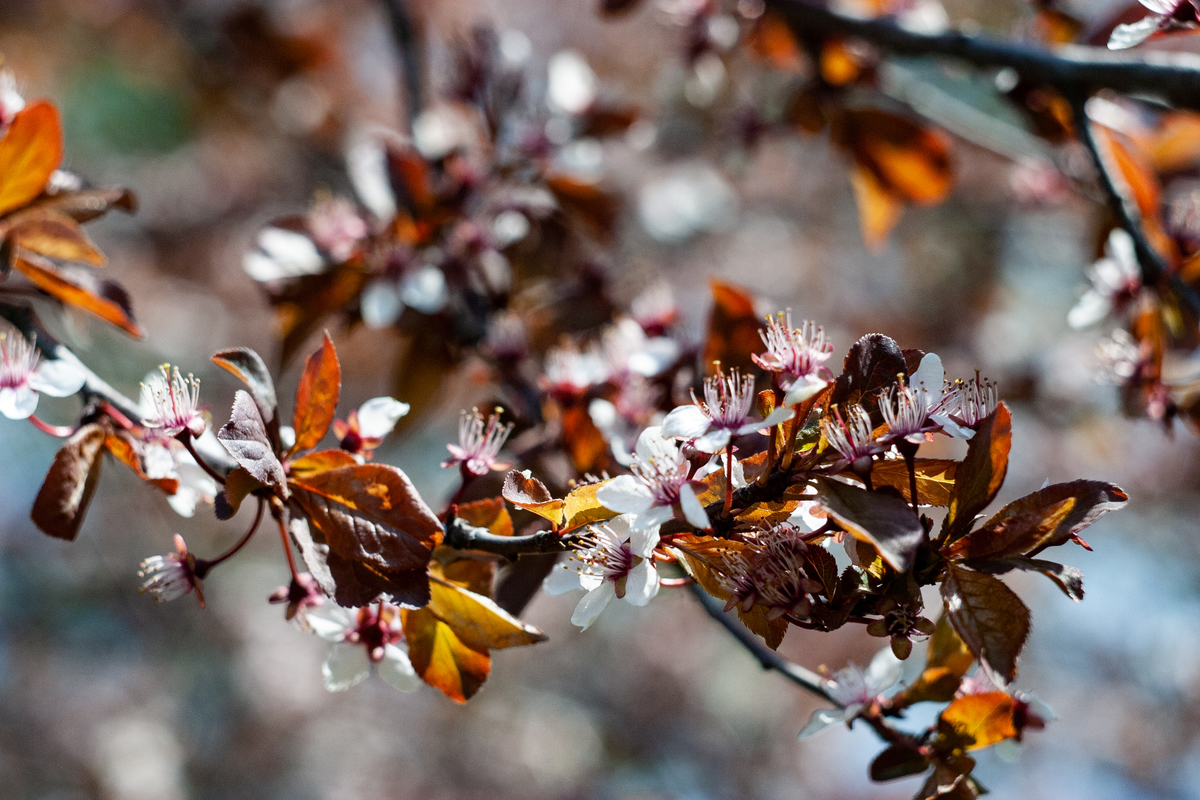 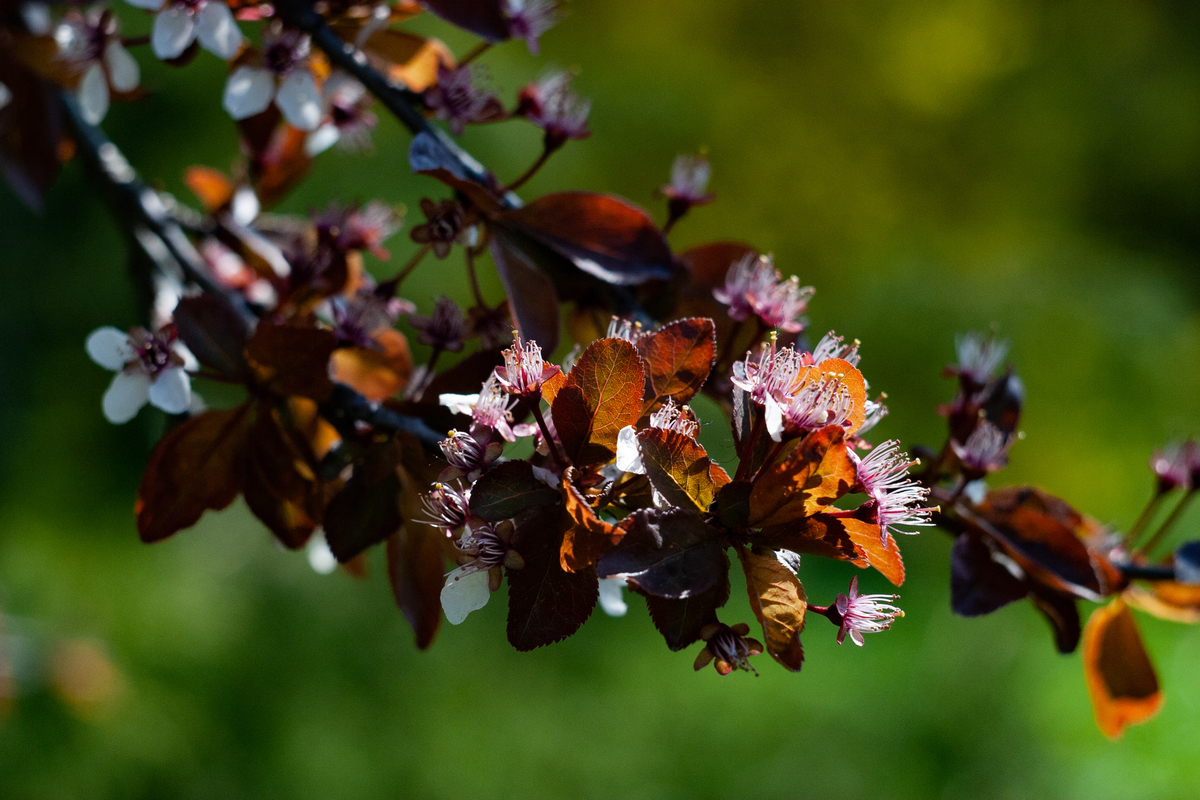 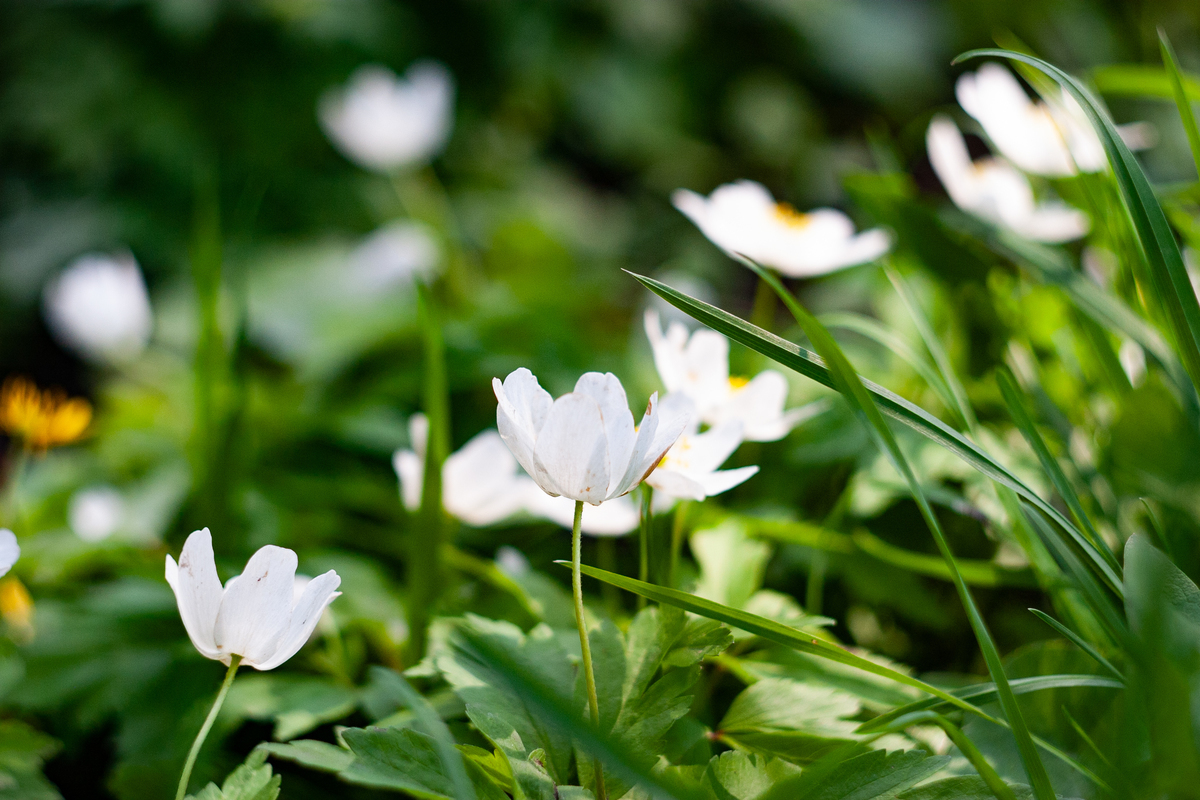 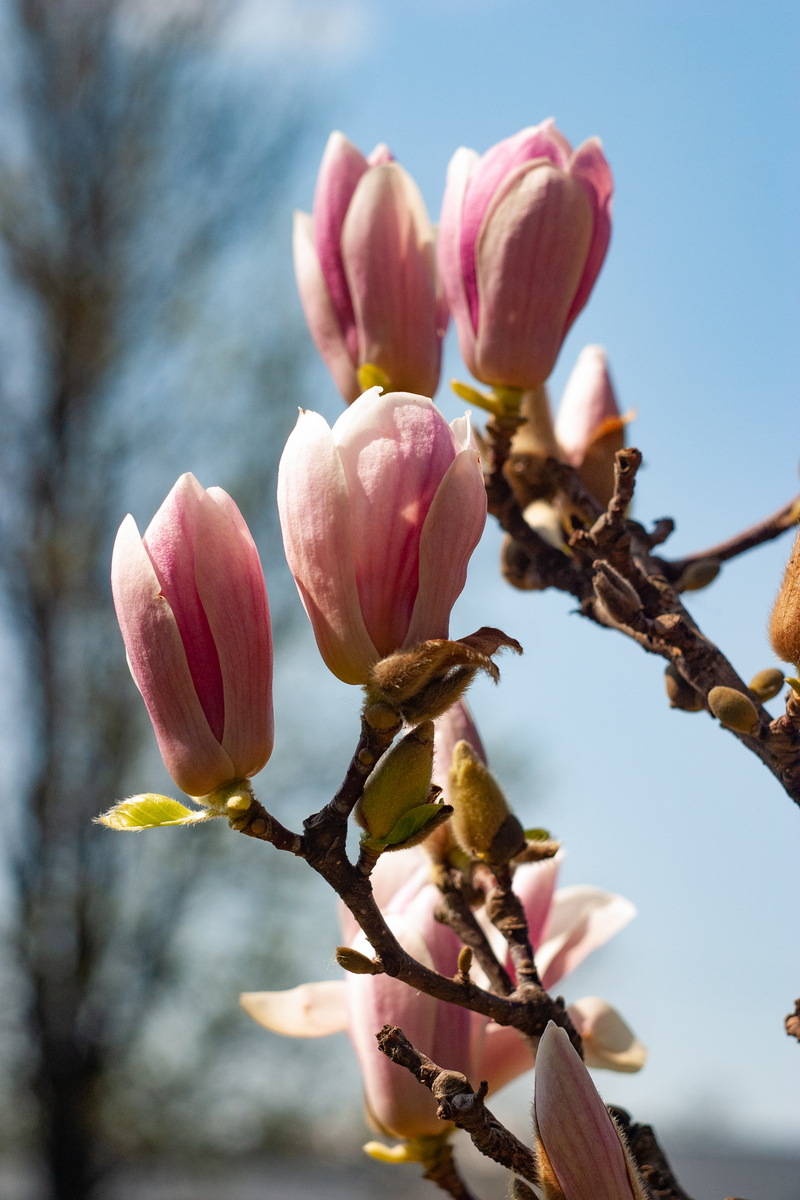 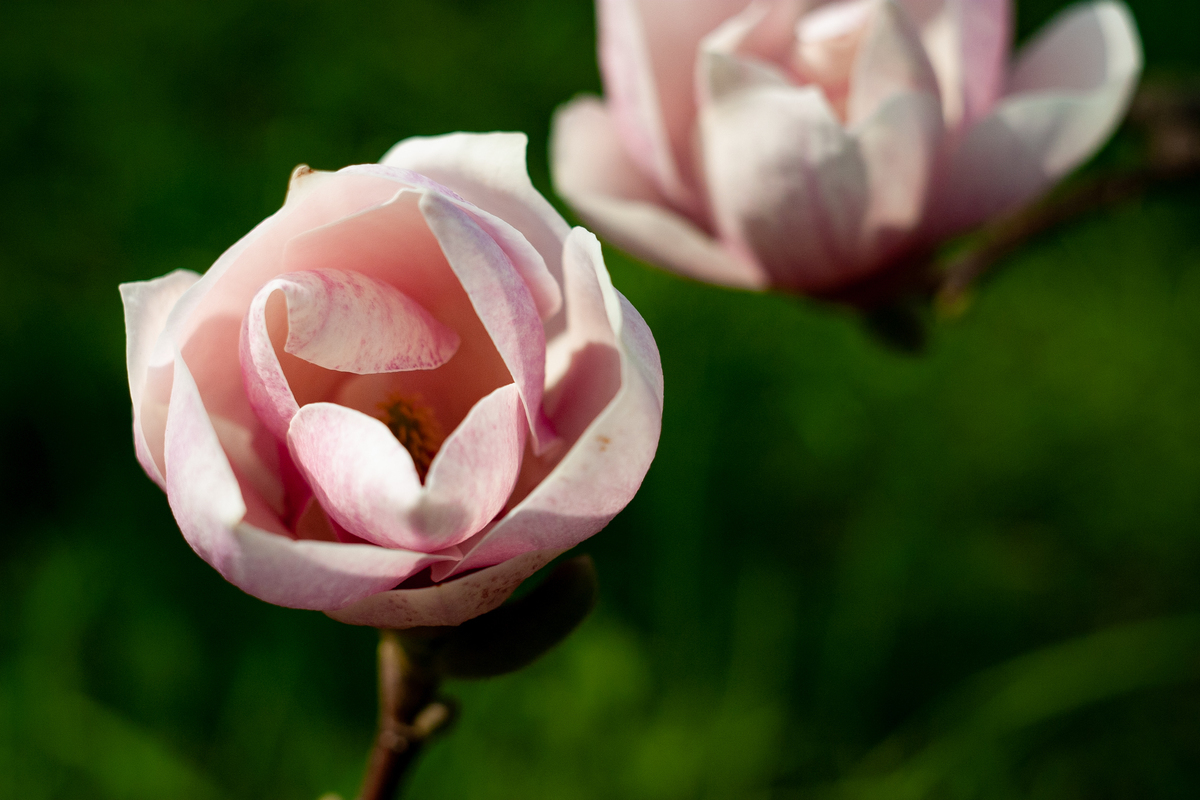 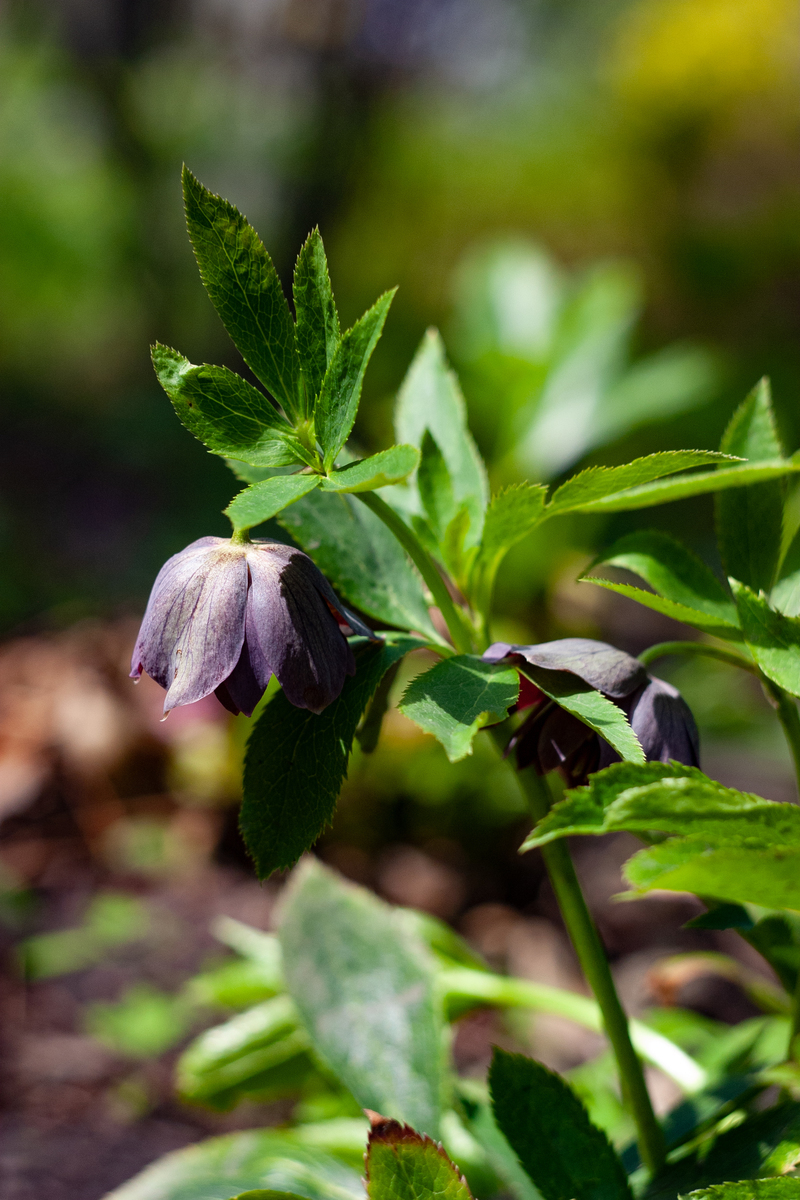 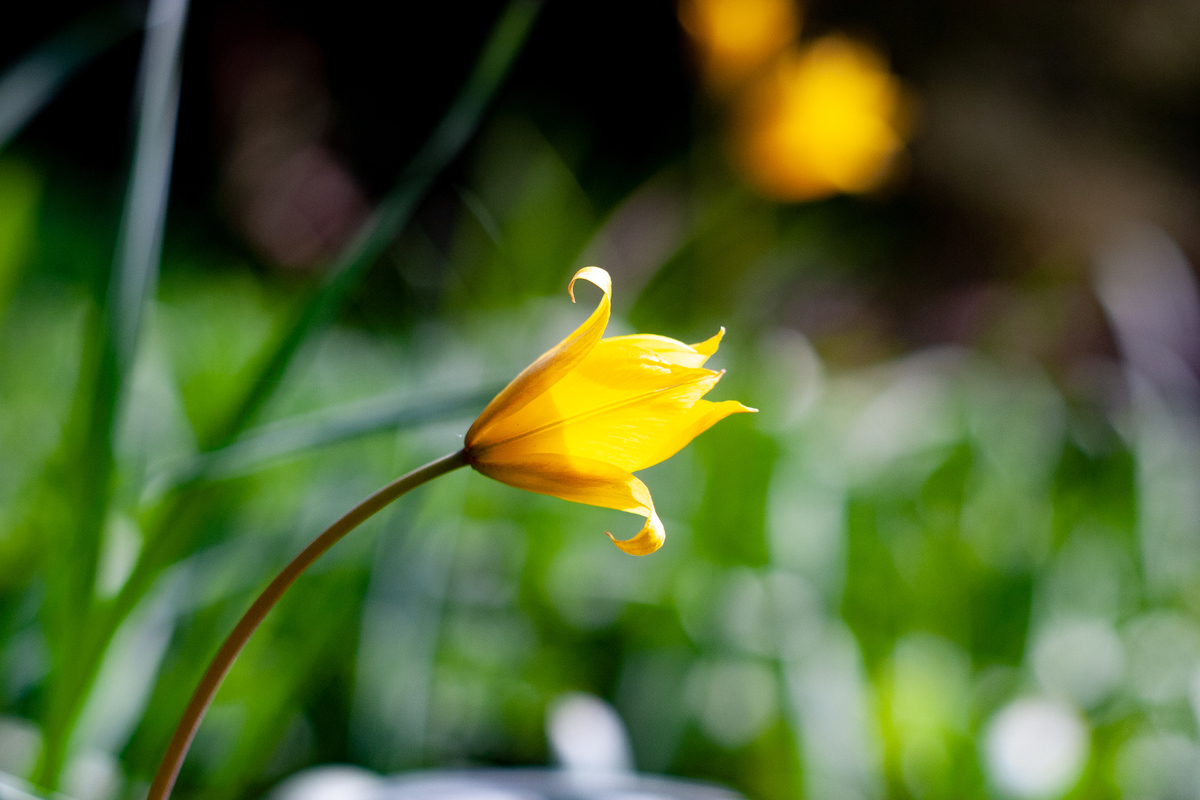 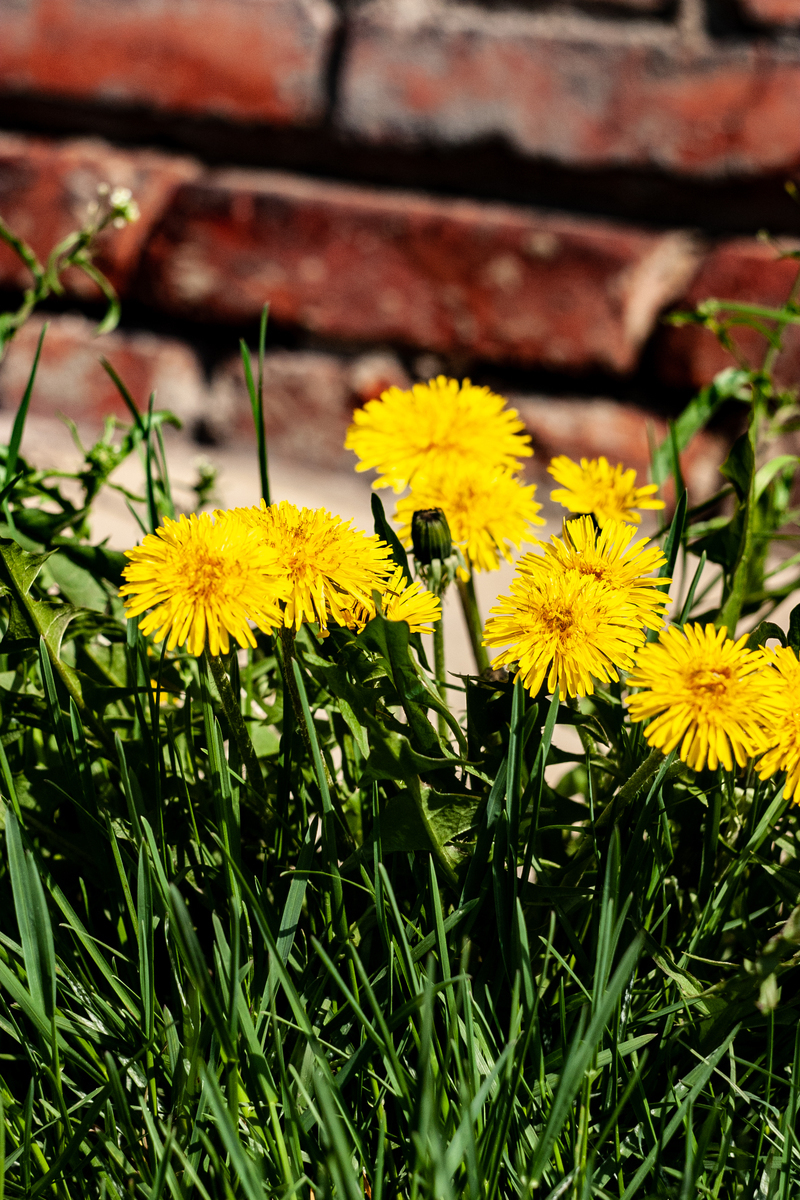