Filaret (D. G. Gumilevsky), who visited this region in the middle of the 19th century, in his work “Historical and Statistical Description of the Kharkiv Diocese” wrote:

“The area of Mikhaylovka is charming. Looking from the ridge of the mountains, under which Mikhailovka is located, you see the amphitheater of the mountains and at the sole of their valley covered with velvety green meadows: near the ridges Psel winds with ribbons, irrigating the valley with water in springtime, fertilizes it with luxurious vegetation. ”

And Grigori Lukomsky, who had arrived there at the beginning of the 20th century, made wonderful pictures. 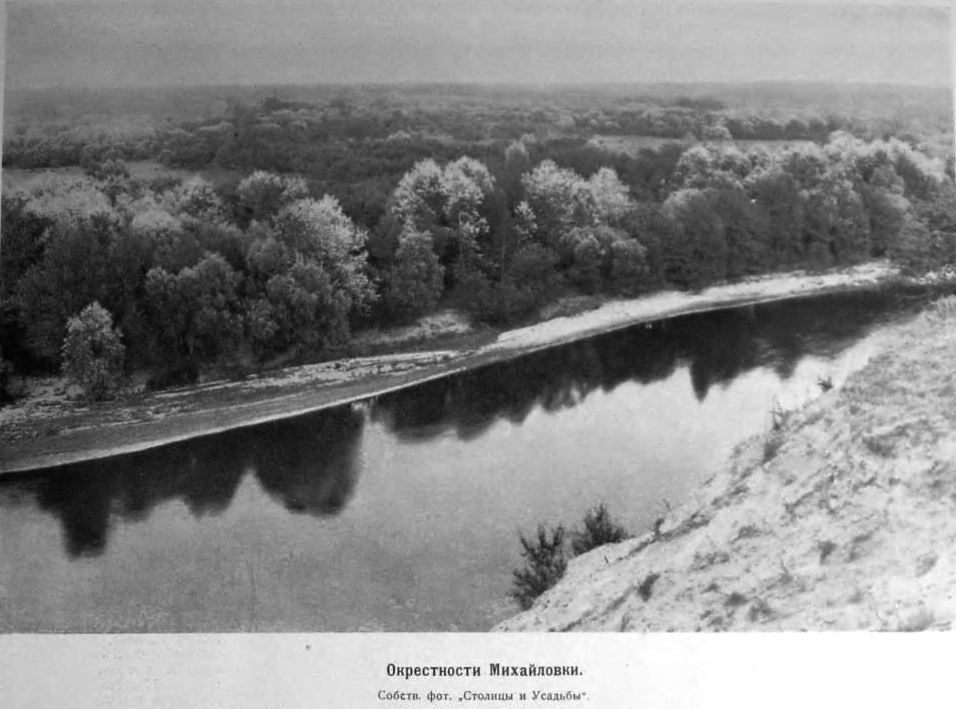 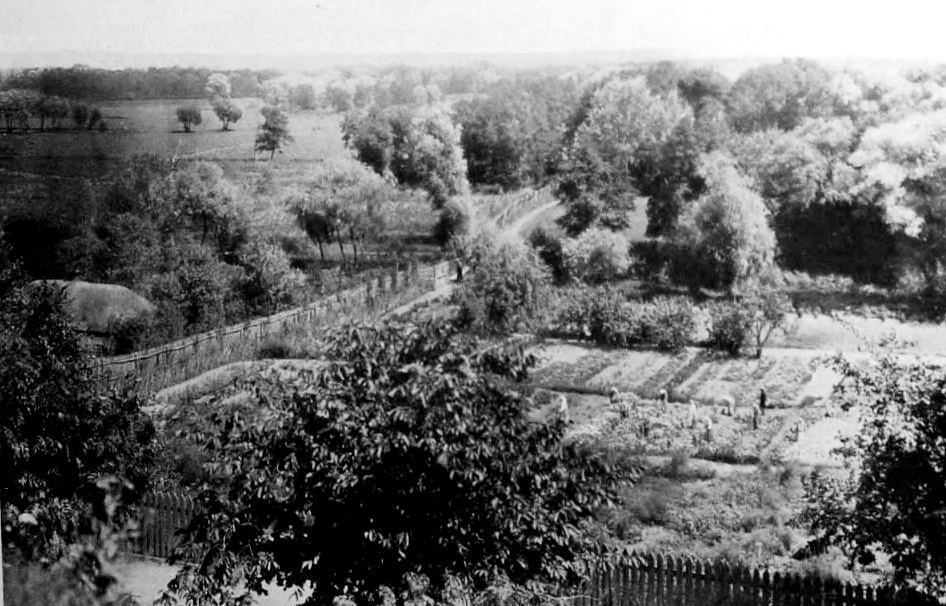 Mikhaylovka received its name from its first owner, the nephew of hetman Ivan Samoylovich – Gadyatsky colonel Mikhail Vasilyev. It was also granted to him by the royal diploma in 1675. In the fate of Ivan Mazepa hetman Samoilovich himself played an important role. He instructed Mazepa to raise his children, conferred the rank of troop comrade, and after a few years he granted him the rank of General Esaul. The degree of Mazepa’s participation in the intrigue, which was conducted against hetman Samoilovich, still raises questions among researchers. However, the fact remains. In July 1687, general sergeants and several colonels filed a denunciation of Hetman Samoylovich to Prince Golitsyn, accusing him of forming a separate possession from Little Russia. Golitsyn sent a denunciation to Moscow, from where he soon received a decree to arrest Samoilovich, detach him, according to the wishes of the foremen, from the hetmanship and exile in one of the Great Russian cities. Together with Samoilovich, not only his supporters, but also his closest relatives were subjected to repression. And Mikhailovka received another owner – the nephew of the new hetman Ivan Mazepa, Ivan Pavlovich Obidovsky. However, in 1701, he, to whom Mazepa, who had no children, planned to transfer his hetman’s mace, perishes. 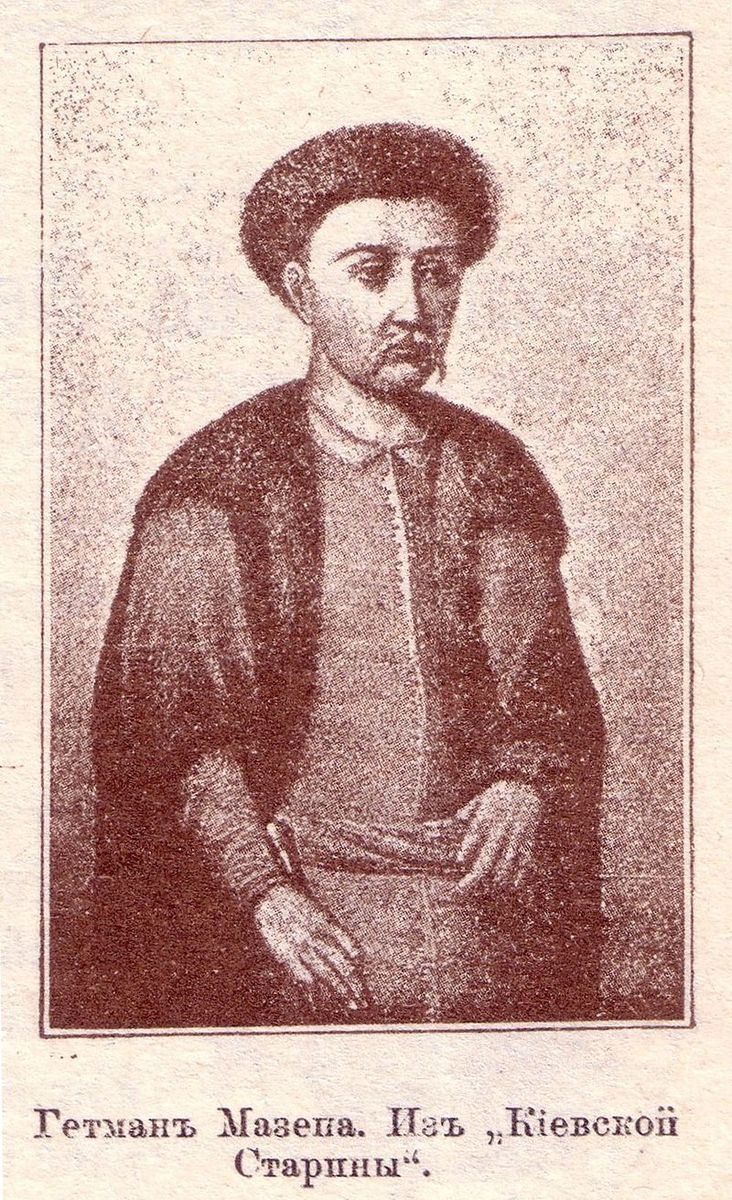 After Mazepa moved to the side of Charles XII, Tsar Peter I gave rich Mikhaylovka village to the Chernigov colonel Pavel Polubotok, who in 1722 became a hetman in charge.
The first heyday of Mikhailovka is connected with Polubotok family. They build large (2 floors) and small mansions. The estate was one of the hetman’s favorite locations. His second wife, Anna Romanovna (nee Lazarevich) lived there for almost most of the time. Legend tells that, having received the news of her husband’s arrest in 1723, she hid countless treasures in Mikhailovsky cellars. At the beginning of the 20th century, Gregory Lukomsky still saw a cellar made from huge hewn stones. But the legendary “Gold of Polubotok” is still being looked for. 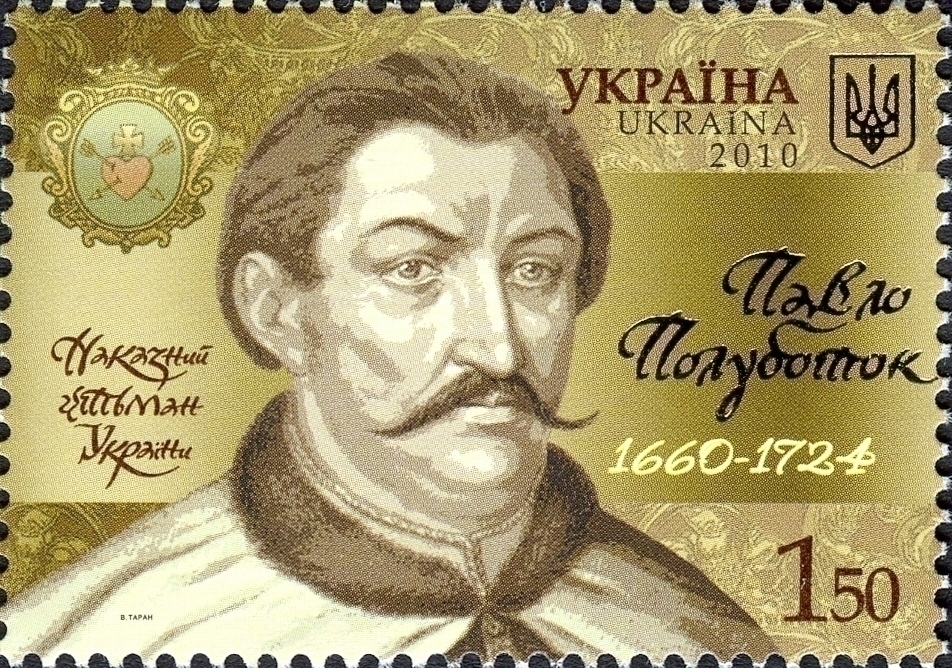 After the death of her husband, all property was returned to the widow and children. From Polubotki family Mikhailovka goes to Ivanenko (following the female line). During this period (the beginning of the XIX century) in Mikhaylovka, on the place of the old wooden, a stone three-altar church in honor of the Nativity of the Virgin was built, which in those days was considered one of the best in the diocese. It didn’t make the living path till our days, unfortunately. Now, in memory of the ruined temple, stands a simple wooden cross on the place of the temple. 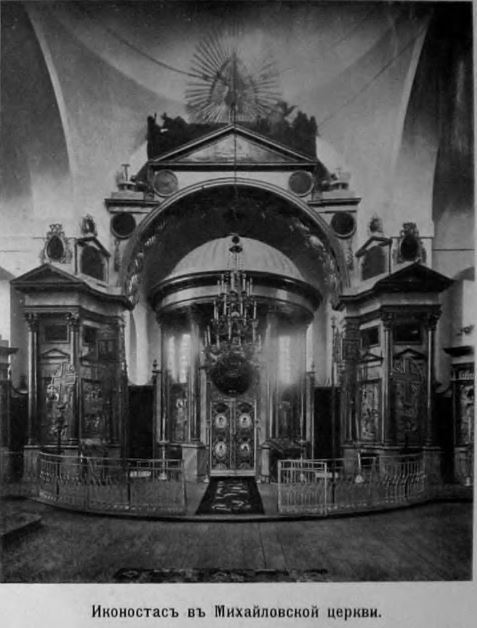 In 1833, Ulyana Dmitrievna Belukha-Kokhanovskaya married Alexei Vasilyevich Kapnist. After the death of her uncle Alexander Andreevich Ivanenko (the richest and most influential landowner at that time in Lebedinsky district) in 1852, Mikhailovka transferred to the Kapnists, and remained in their ownership until the Bolsheviks came to power.

This family had a long and glorious past. They were Greeks and originated from the island of Zante in the Ionian Sea. Stomatello Kapnissos fought bravely against the Turks in 1679. From the Republic of Venice, he received a count title with the right of inheritance. On its coat of arms was depicted the island of Zante with a burning volcano, swords as a sign of outstanding courage and the inscription: “Unbreakable in fire.” 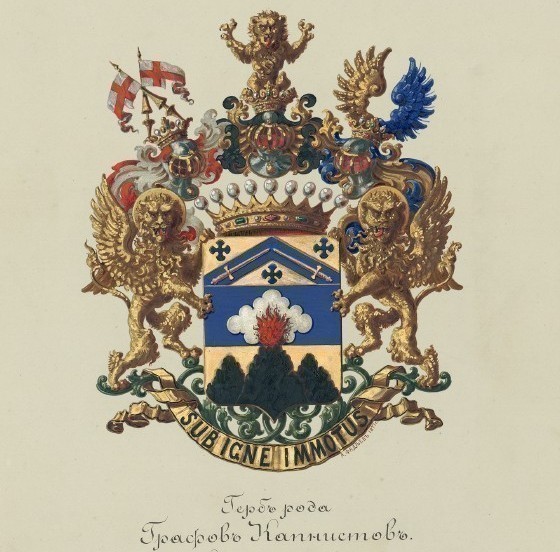 The right to this emblem and earl’s title in the Russian Empire was returned to Kapnist by the “highest imperial decree” and the decision of the Senate only on March 17, 1877. The coat of arms of the Counts Kapnistov was approved by Emperor Alexander II on March 9, 1879 in Tsarskoye village. The grandson of Stomatello, Peter Khristoforovich, at the beginning of the eighteenth century, became a citizen of the Russian Empire. The son of Peter Kapnist, Vasily Petrovich Kapnist, served as the centurion of the Sloboda Regiment.

In the future, the Kapnist family expanded much. Numerous representatives of this family owned vast lands in the territory of present-day Ukraine and glorified the family with their glorious deeds, and that would take a lot of time and place to tell about them.

And Mikhaylovka is still called the “estate of the Kapnist earls”, despite the fact that Ivanenko in fact founded it. Maybe this is good. After all, there are not so many real family estates of earls in Slobozhanshchina.

Having received the estate as an inheritance, Kapnist family, of course, improved it a little and finished the construction of it. From the all owners of Mikhaylovka, Count Vasily Alekseevich Kapnist was the most known. From 1867 to 1888, he served as Lebedinsky district leader of the nobility. And from 1888 to 1902, Vasily Andreevich was the leader of the nobility of the entire Kharkov province. He wrote books, was listed as an honorary citizen of Lebedin. He was collectign art objects: paintings (among which were works by Rubens), furniture and porcelain. All this huge collection along with a large family archive of old documents was kept in the Mikhailovsky Manor. 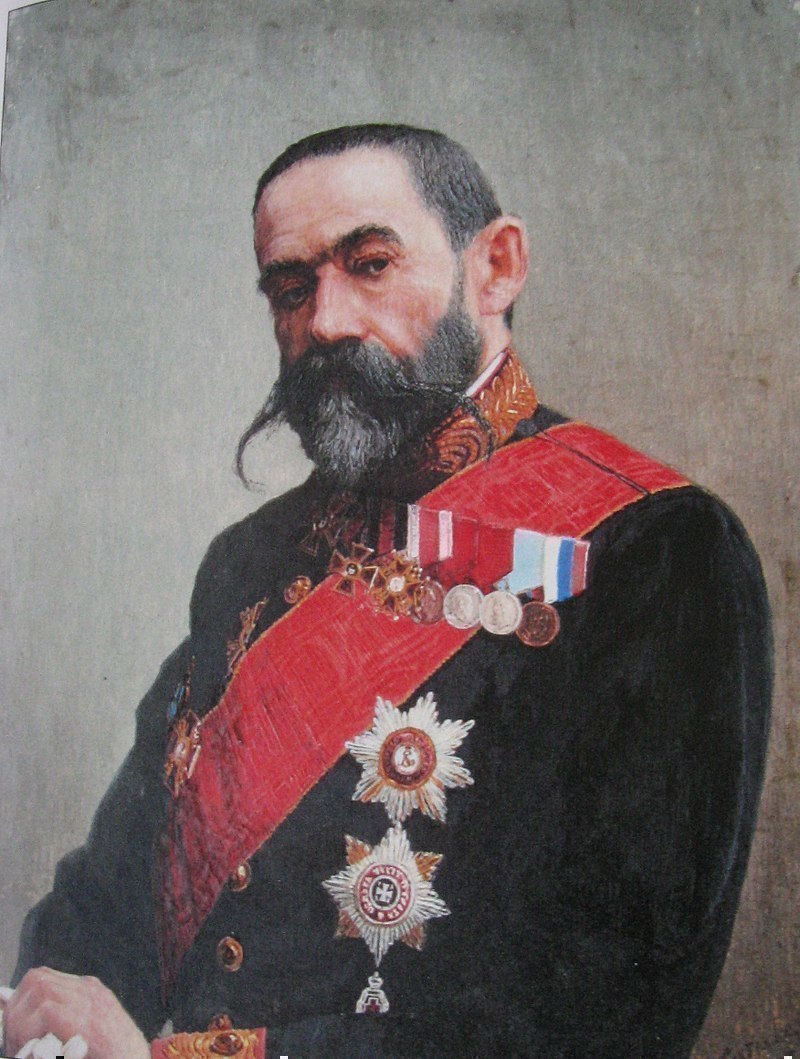 Portrait by I. N. Svyatenko

Count Vasily Alekseevich Kapnist was also an avid music lover. In his work “Lebedinsky summer of Sergey Rakhmaninov. By the 125th anniversary of the birth of the great composer and pianist ” a wonderful Sumy researcher Igor Skvortsov writes about the arrival of an outstanding composer in Mikhaylovka:

“It was here, in Mikhailovka, where Rakhmaninov was able to meet with the beautiful samples of the folk culture of Ukraine in the best way.”

Author also shows a very interesting fact in that work. It turns out that Count Kapnist was not only the creator of the choir, but also sang in it before the guests. 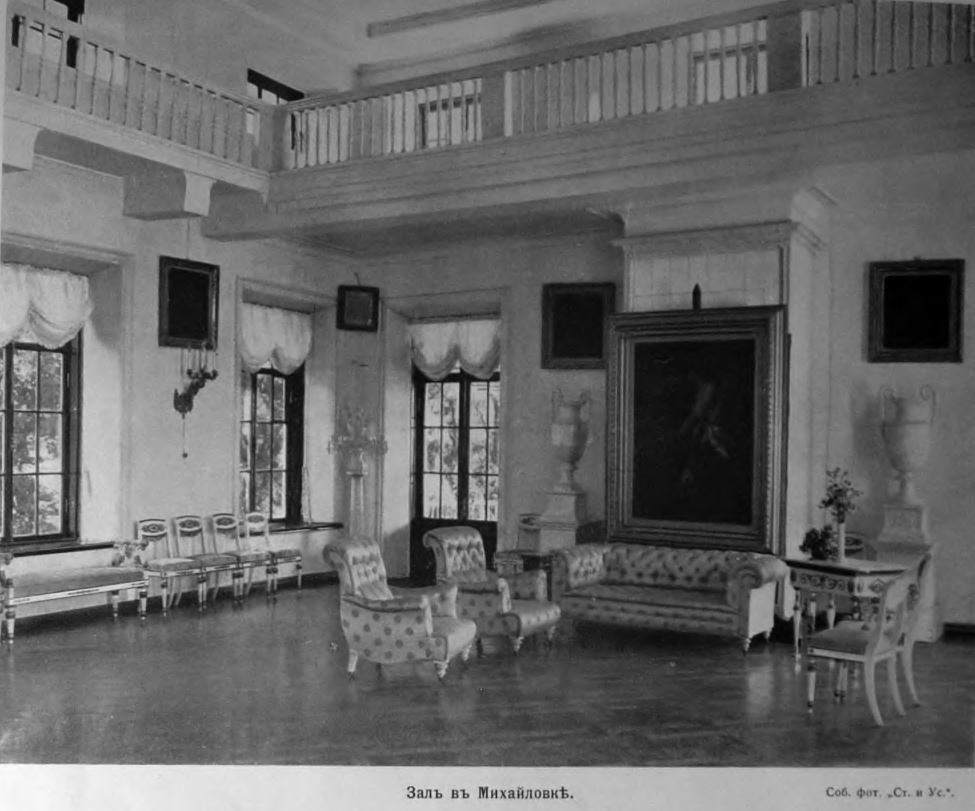 Already know to us, Grigory Lukomsky planned to write the continuation of his book “The Estates of Kharkov Province”, since only six out of eleven districts were described in it. To do this he visited Mikhailovka in 1913. As it was known, because of the outbreak of war, the second volume was never published. However, unique photos, he did during that time, were published in the “Capital and Manor” magazine No. 56. 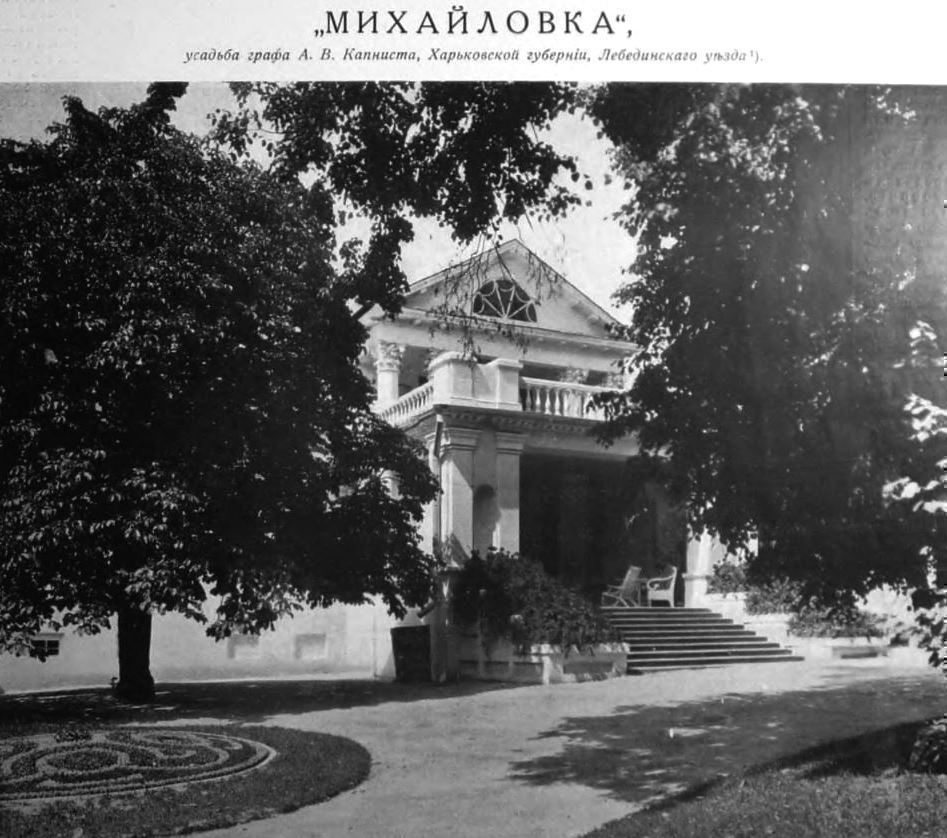 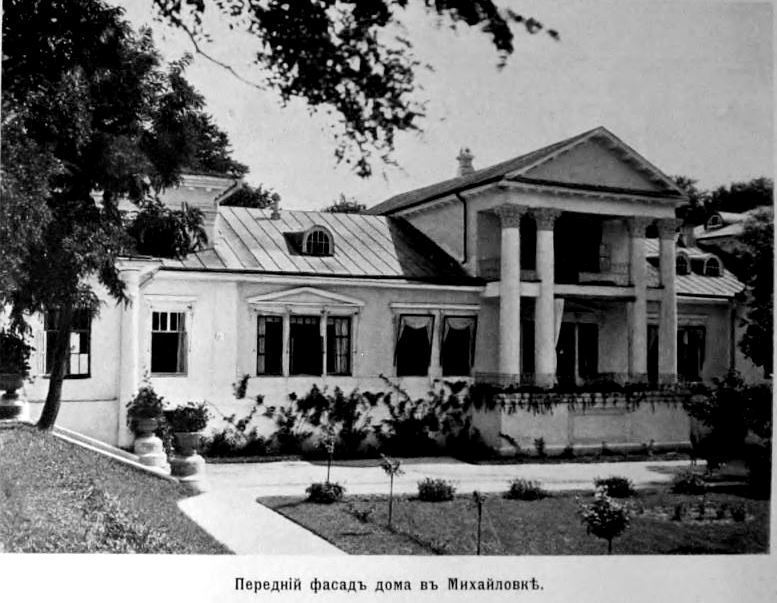 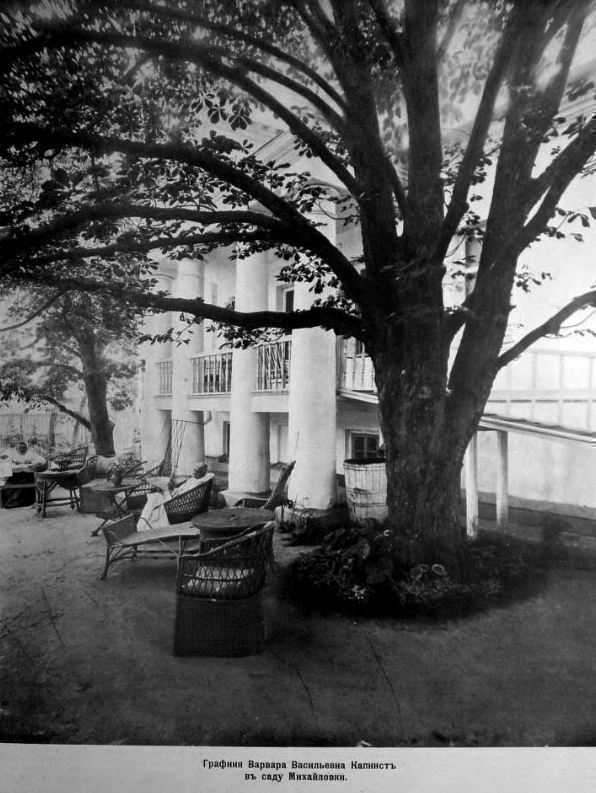 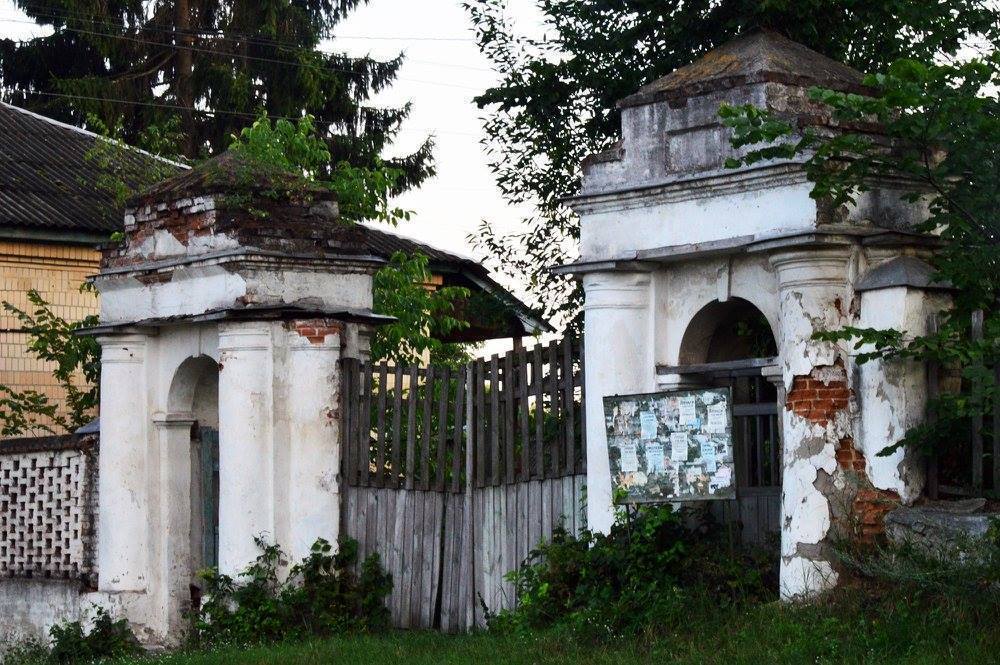 There is no a trace (except for memory) left from the magnificent palace with white columns and magnificent internal halls. 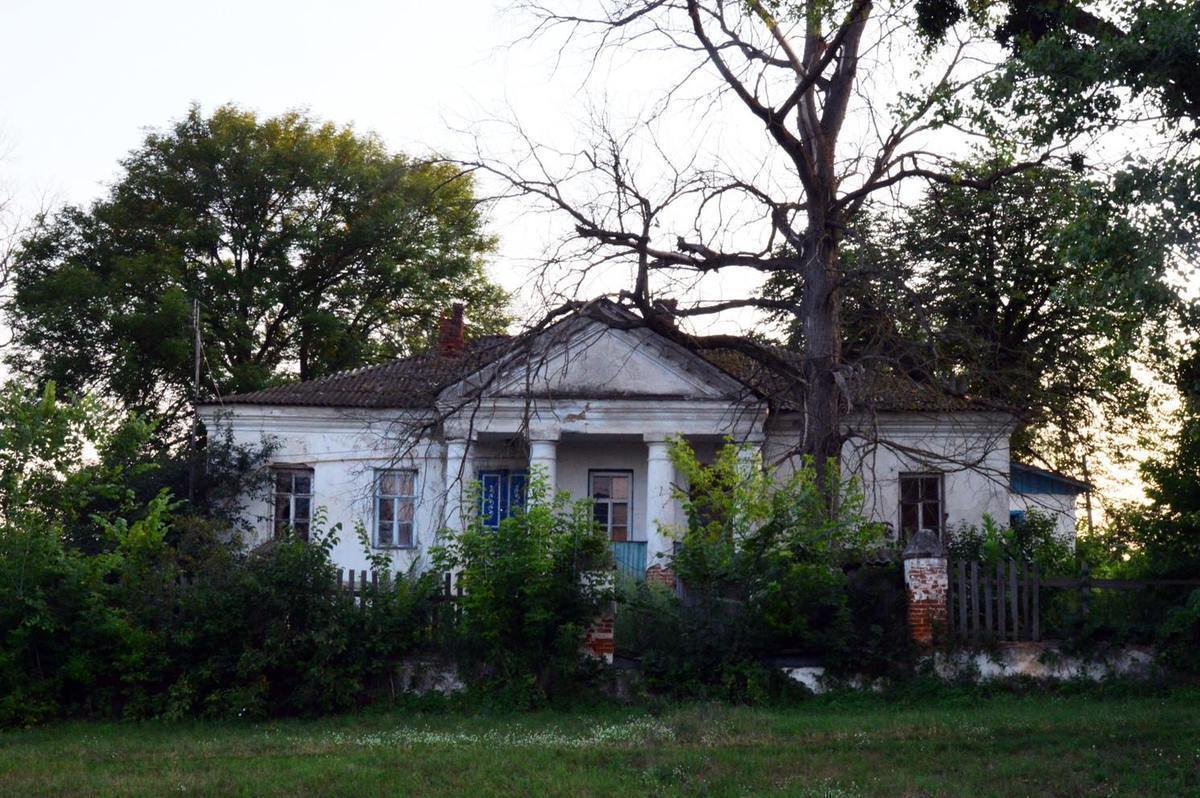 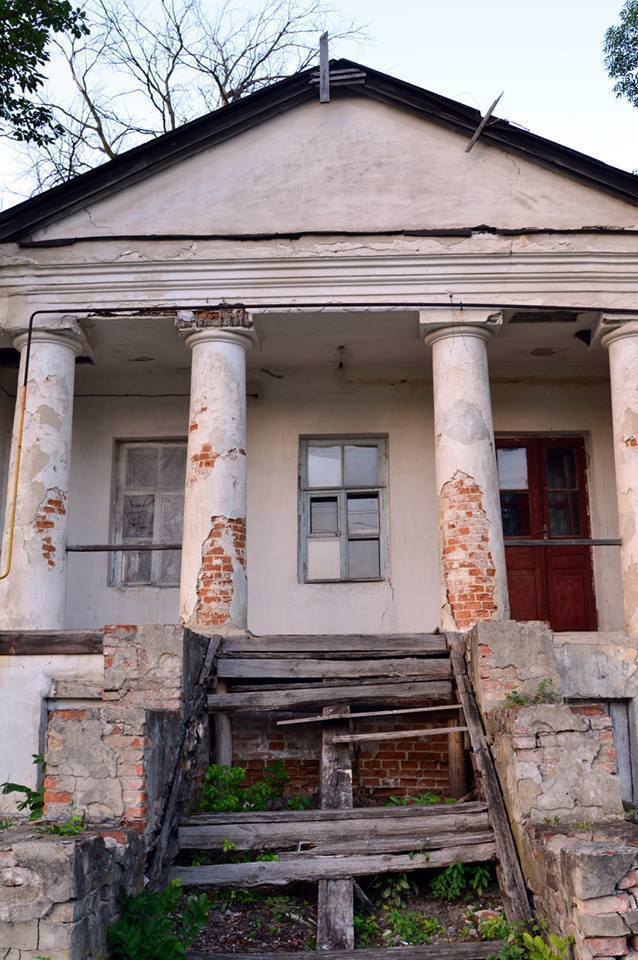