The complex of buildings of the female Dominican monastery is located in the western part of the Old Town on Franciscan Street, 10. It consists of the Church of St. Michael and two-story cells. The church and monastery were built in the middle of the XVIII century. But this is only one of the pages of the history of the Dominican monastery in Kamenetz.

This story begins much earlier. For the first time, Dominican nuns appeared in the city at the beginning of the 17th century. Elizabeth Tseplovskaya was their head. It is known that she adopted Catholicism at a conscious age, joined the Dominican order and came to Kamenetz with several nuns to establish a monastery here. In 1615 the nuns built a wooden church in the name of St. Catherine of Siena (according to other sources – the Immaculate Conception of the Blessed Virgin Mary). Podolsky historian Jozef Rolle wrote that the church was “poor”.

It was located in the Smotrich Valley at the Russian Gate. In the same place, the Dominicans purchased a stone house with a plot of land from the governor of Lianckoronsky and made a monastery there. At first the Dominicans were rather poor. Then the Polish king Sigismund III granted them the ownership of the Novoselka village (Zhabintsy), which was confirmed by the decision of the Seimas. In 1628, Bratslav Voivode Potocki granted them the village of Pudlovtsy.

A new page in the history of the Dominican monastery was entered by Maria Mogilyanka, in the first marriage Pototsky’s wife, in the second – Nikolay Firlei, the Voivode Sandomirsky. Maria Mogilyanka came from the famous Moldavian family of Mohylas, was the daughter of Yarema Mohyla. From the same family came the founder of the Kiev-Mohyla Academy Peter Mohyla.

n 1643, Maria Mogilyanka donated to the Dominican the Potocki Palace, which was located on Tatarskaya Street at the Wind Gate. The daughter of Maria Mogilyanka from her first marriage, Sofia-Victoria Pototskaya, went to the monastery and contributed her own dowry there — over 25 thousand zlotys. She became abbess of the monastery.

With this money, the Dominican began to build a church and a monastery. Construction was completed in 1672, and they planned to start living there, but Kamenetz was captured by the Turks. They destroyed the church, rebuilt a monastery to the fortification. Remembering the history of the monastery, people from Kamenka called these fortifications “girl pots.” still in the XIX century.

After the capture of Kamenets by the Turks, the nuns left the city and settled in Zhovkva, where they founded a monastery. In 1699, after the end of the Turkish occupation, some of the Kamenets Dominica nuns returned to the city. ASeems, like they were born in Kamenetz and wanted to end up living in their hometown. They were Sofia Sulkovskaya, Cecilia Gumetskaya, Victoria Bogush, Anna Biletskaya. After some time, all the nuns died, in 1707 the monastery became empty and began to gradually collapse.

In 1708 insistent Varvara Korchevskaya from Lviv arrived to Kamanetz with two Dominicans by invitation: Anelia Nedzvetskaya and Felicia Vazhinskaya. The nuns settled in the old destroyed monastery near the Russian Gate.

Soon there were philanthropists, namely the abbot of the Dominican monastery, Joseph Mozarsky, who gave the nuns a fairly large amount, and other residents of the city. The nuns were able to buy houses with the land from Ekaterina Fredrova, the brothers Stanislav and Stefan Gorazdovsky, from the Sekerzhinsky, as well as a stone house with land from the charms of the chancellor of the Cathedral Church of Cieszyn. These houses and land parts were located near the Francis monastery.

Monastic cells consisted of two buildings, which adjoined the church from the south and north. Large garden with fruit trees, flower beds and a vegetable garden was located in the southern part of the monastery. In the garden there was a large cellar with a stone vault on which a wooden arbor was built. Monastic and pre- church courtyards were paved with stone. There was a school for girls at the monastery.

After the accession of Podolia to Russia, changes occurred in the life of the monastery. During the rule of Governor Fedor Lubyanovsky (1831–1833), a large part of the land was cut off from the large garden of the monastery for the development of the boulevard. This garden, transformed into an urban one and called the Old Boulevard, has become a favorite walking place for city residents.

Then, exactly in 1833, Dominican women were forbidden to have a school for girls. Ten years later, the Russian authorities took land estates from the monastery (Zhabintsy, Pudlovtsy, the third part of Zviklovets and the Jurydyka at the Russian Gates( that is the plot of land where the first Dominican monastery was once). Instead, the nuns were given a salary.

In 1864 the monastery was abolished. One building of the monastery was adapted to the Criminal Chamber and the second Police Unit, and the second – to the barracks of the Podolsk provincial battalion. A military club was set up in the convent, and in 1906 they converted it into a church. After 1917, monastic buildings were used as prison premises.

After the war, the complex of the Dominican nunnery structures was used as factory premises. In 1980-1990, Kamenetz-Podolsky SKB Medical Electrical Engineering was located here.

In our time, by order of the Khmelnitsky Regional State Administration, the complex of structures of the Dominican female convent was given to the use to the Kamenetz-Podolsk diocese of the Roman Catholic Church. 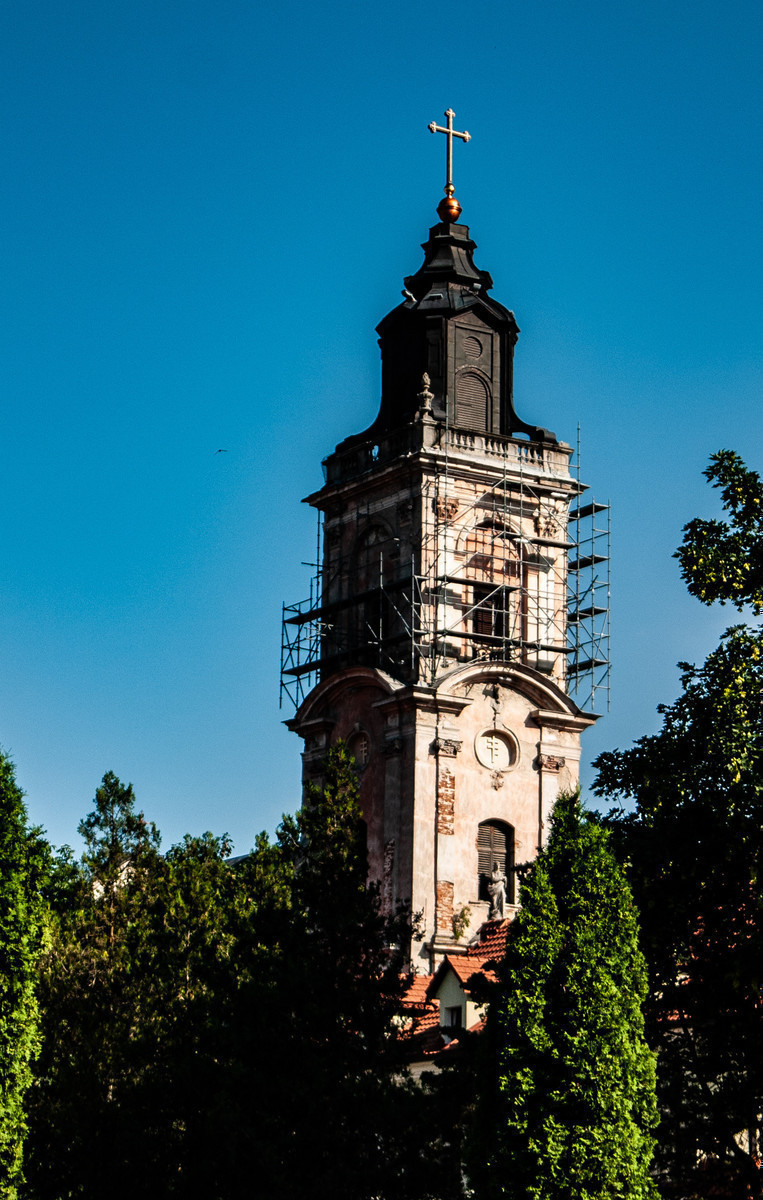