The situation with Grunovka is complicated – it seems to be ours, Slobozhansky, but also it seems to be not. The fact is that in 1796, as a result of the provincial reform of Emperor Paul I, the Sloboda-Ukrainian province was restored, and the Miropolsky district, which was previously part of the Kharkov governorate, was abolished. And its lands passed to the Sudzhan district of the Kursk province. These territories were returned to the Ukrainian SSR only on October 16, 1925. So it turns out that it is ours, but not really. But anyway it’s still worth going to Grunovka. And that’s why. 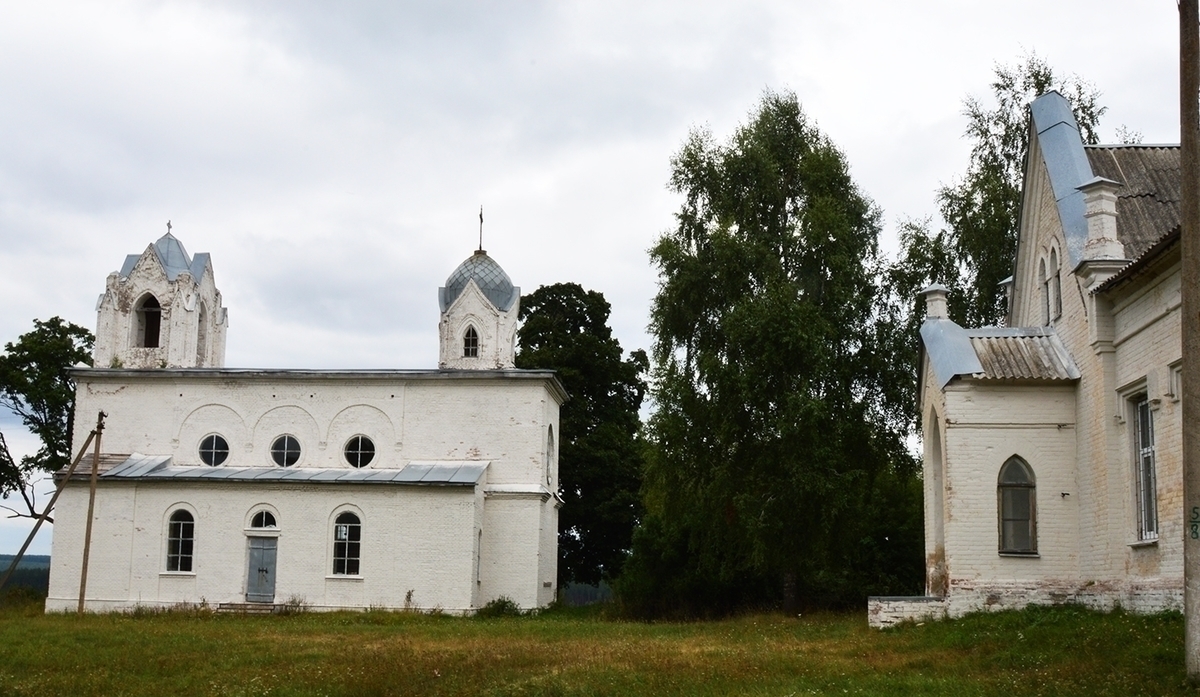 The ancient family of the princes of Baryatinsky descended from the princes of Chernigov. Their ancestor is considered to be Prince Alexander Andreevich (XVI knee from Rurik). 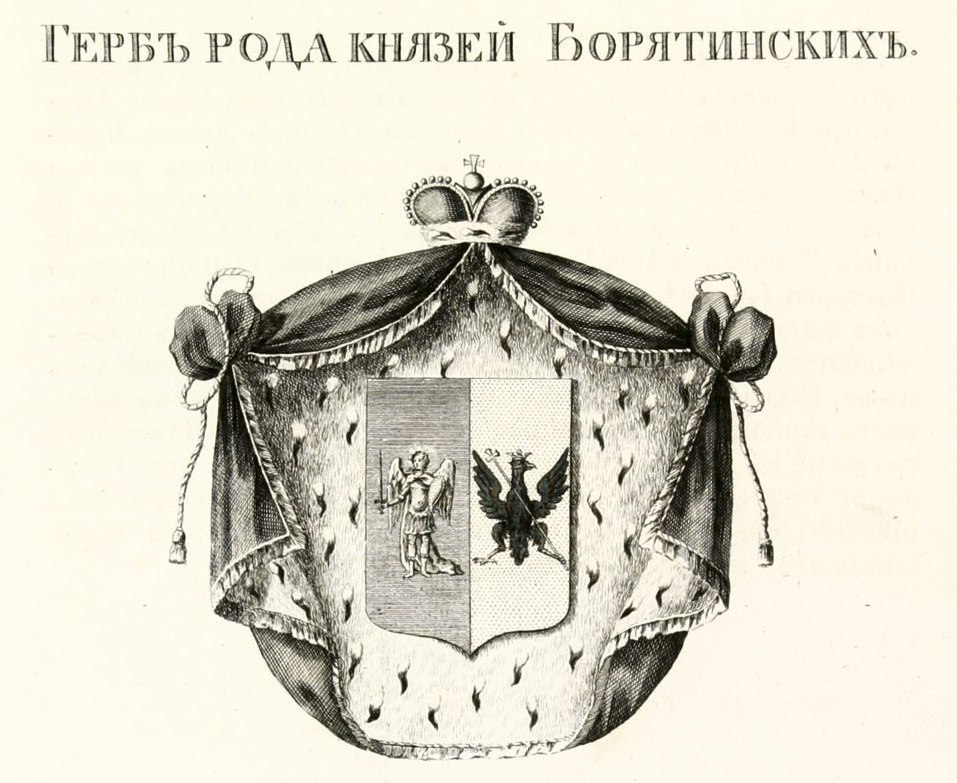 In the XVIII-XIX century, representatives of this ancient family due to a successful career and profitable marriages significantly improved their well-being. Prince Ivan Sergeyevich Baryatinsky (1738-1811) was a famous diplomat of the Catherine era, also – an envoy in Paris. His only heir was Prince Ivan Ivanovich (1767-1825). In 1799, Paul I granted him the clan commandery of the Order of Malta. Working in a diplomatic mission in London, the prince married the daughter of Lord Sherborne. In 1806-1812 he was ambassador at the King of Bavaria in Munich, where he was known as a famous Angloman.
During the period from 1811 to 1820, Ivan Ivanovich created a wonderful family estate of Maryino near the Ivanovskoye village (founded by the hetman Ivan Mazepa), named after the two wives of the prince: Maria Francis Detton, who died shortly after the birth of her daughter, and Maria Fedorovna Keller. 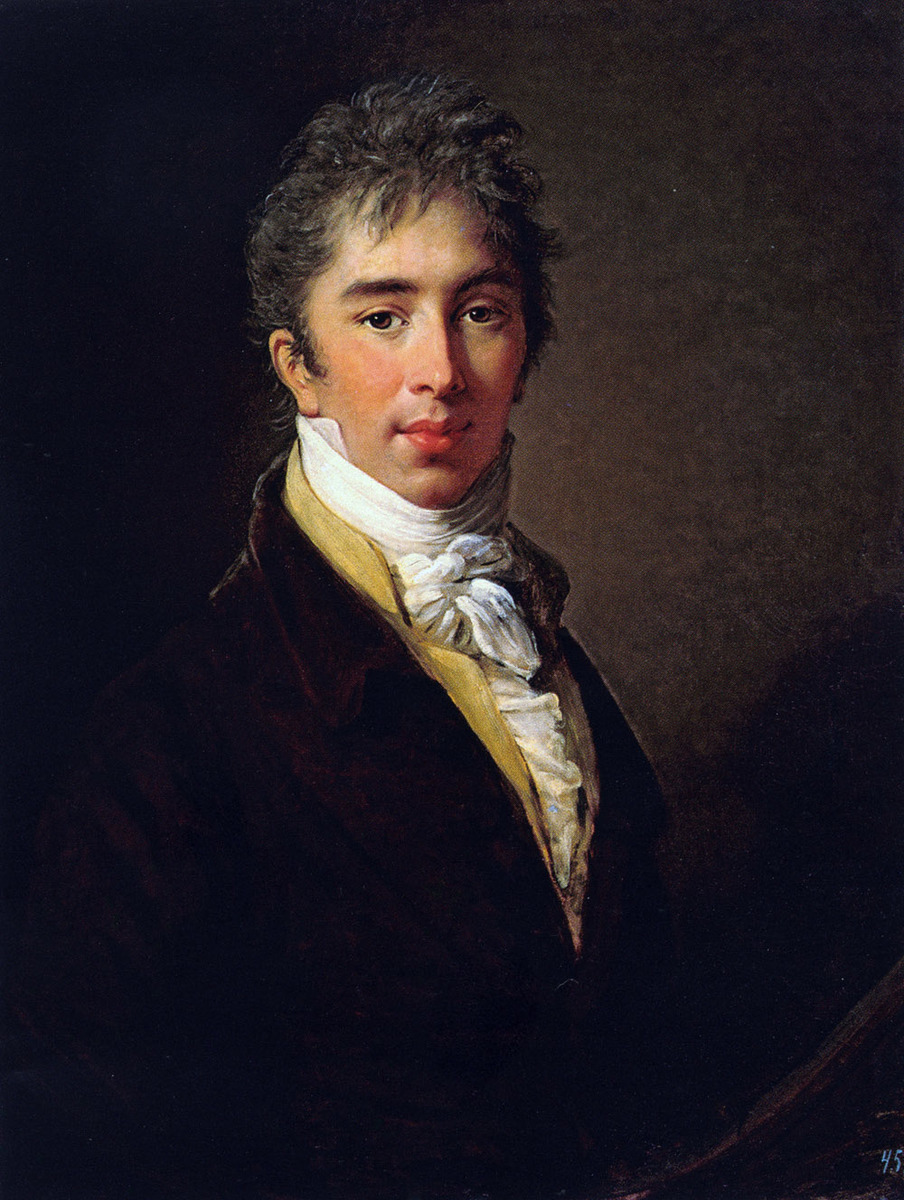 From two marriages, the prince had eight children, who also further strengthened the position of the family. The daughters of Ivan Ivanovich were famous for their extraordinary beauty. The famous Scottish portrait painter Christina Robertson, who worked at the court of Nicholas I, created portraits of Olga Ivanovna Baryatinsky – the wife of Count Vladimir Petrovich Orlov-Davydov. 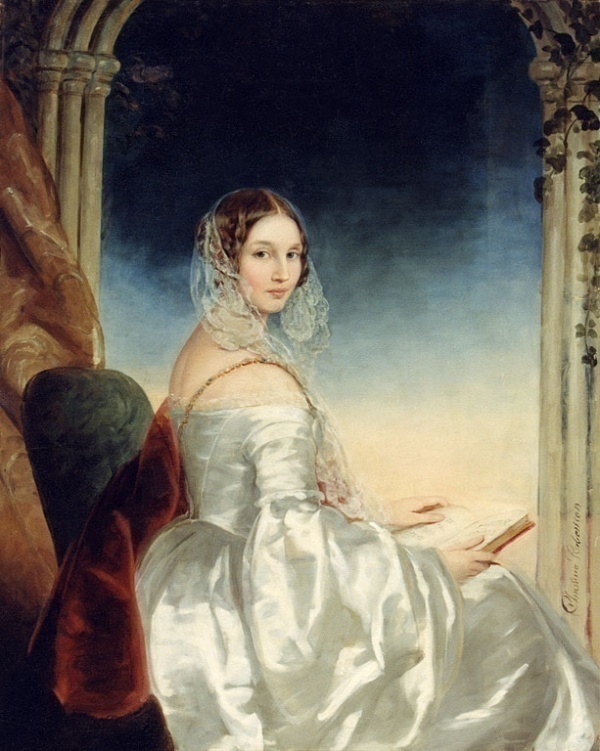 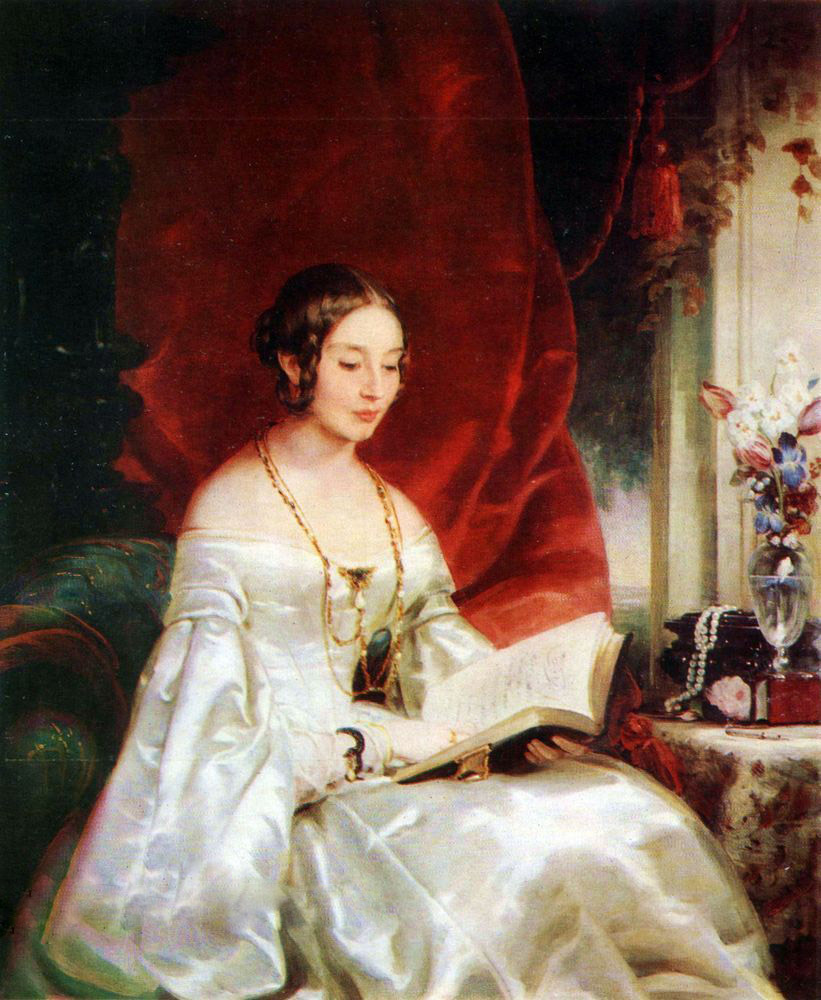 Leonilla Ivanovna (in the marriage – Sain-Wittgenstein) was generally considered one of the most beautiful women of her time and lived to be 102 years old. One of the most fashionable German portrait painters of the mid-19th century, Franz Xaver Winterhalter, in his canvases, forever captured her image for the world. 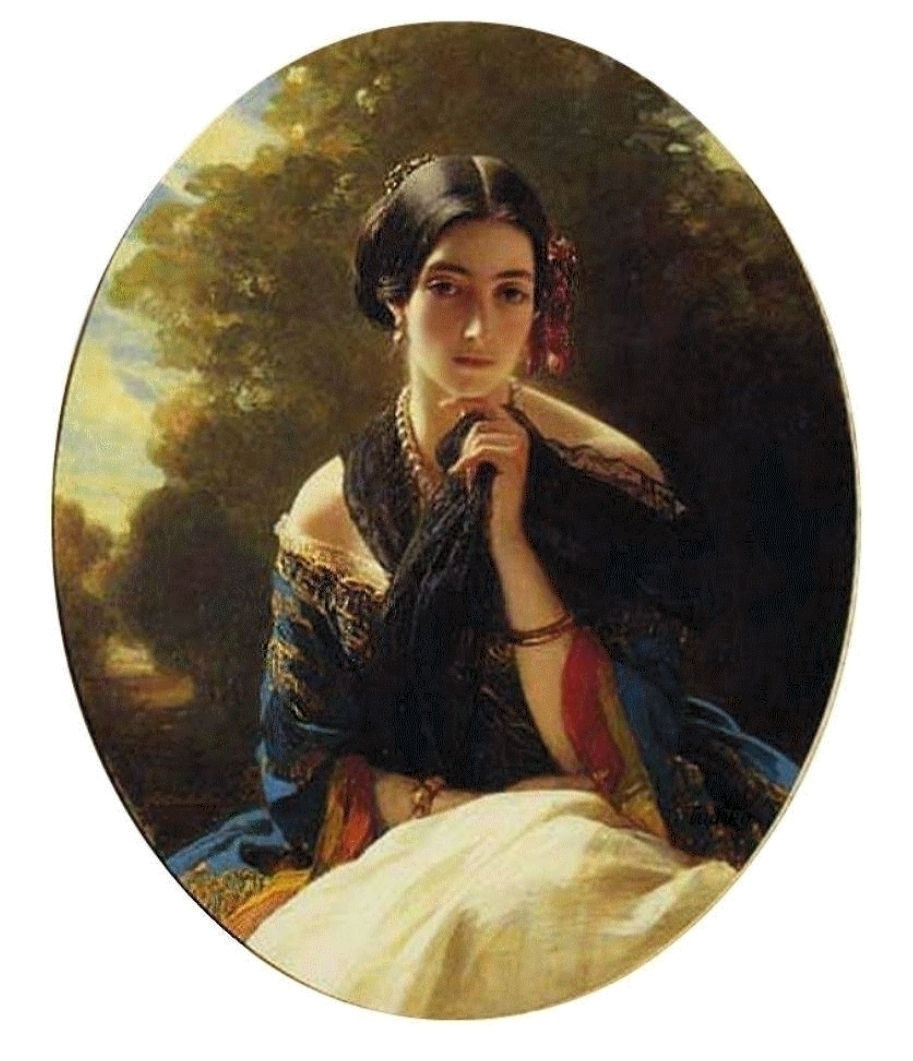 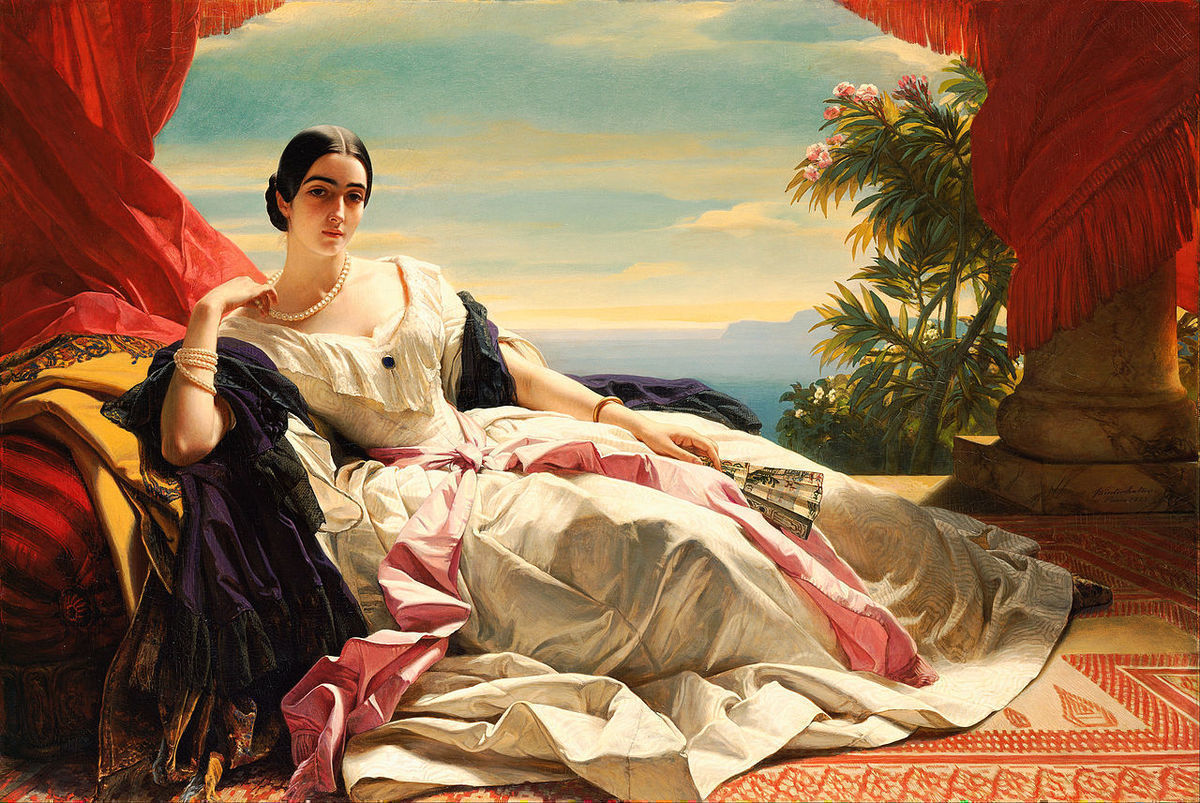 And, for example, the eldest son, Prince Alexander Ivanovich, is known for breaking the resistance of Shamil’s troops and captured him in 1859. But not only beauty, a brilliant mind and position in society were inherited from their parents by the children of Ivan Ivanovich. The princes Baryatinsky were one of the largest landowners in the Kursk province. They inherited numerous houses, estates, villages.

In 1860, Prince Vladimir Ivanovich Baryatinsky owned about 30 settlements only in the Lgovsky district of the Kursk province. Well, and the youngest of the children of Prince Ivan Ivanovich, Victor, was the owner the village of Nikolaevka and the settlement of Grunovka in the Sudzhansky district. He was no less remarkable person than his older brothers and sisters. 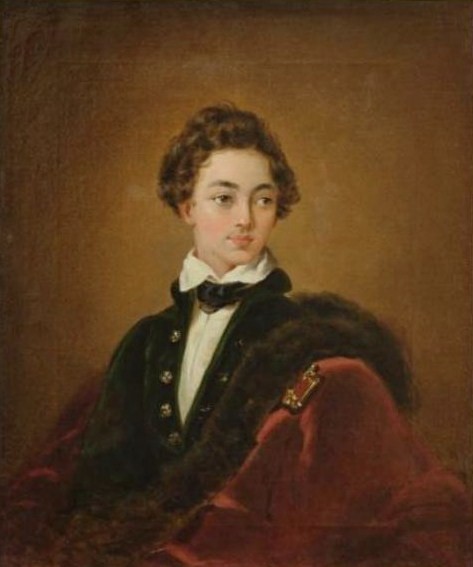 In 1841, after graduating from the course of St. Petersburg University, the prince went by his own will to the naval service and soon he entered the Black Sea Fleet as midshipman. Soon Victor Ivanovich gained a reputation as an excellent sailing officer, and also attracted the attention of admirals Lazarev, Kornilov, Nakhimov and others. Being a member of the Odessa Society of History and Antiquities, the prince devoted all his free time to archeology, which was his passion. He even called his personal yacht “Olbia”. Living in Sevastopol, and later in Greece, during a voyage abroad, Baryatinsky devoted his free time to archaeological research and was the first to excavate Tauric Chersonesos. By the way, it is believed that it was he who determined the place in Athens, where the theater of Dionysius was supposed to be at the foot of the Acropolis. Only the departure of his ship from Greece prevented him from digging to the depths where this theater was actually found by the famous archaeologist Schliemann.

Extremely talented painter Hovhannes Ayvazyan (Ivan Konstantinovich Aivazovsky) created more than one work of the Crimean War. The artist devoted two paintings to one of the battles: “Naval battle at Sinope on November 18, 1853” and “Sinop battle. The night after the battle.” Aivazovsky created his last work according to the scheme of Prince Viktor Baryatinsky, which he draw on the spot on behalf of Vice Admiral Nakhimov. It is interesting that the prince not only noted the location of the Russian courts, but also wrote separately the main colors of the battle. “That was”, he said later, “to be able to convey all this to some painter.” 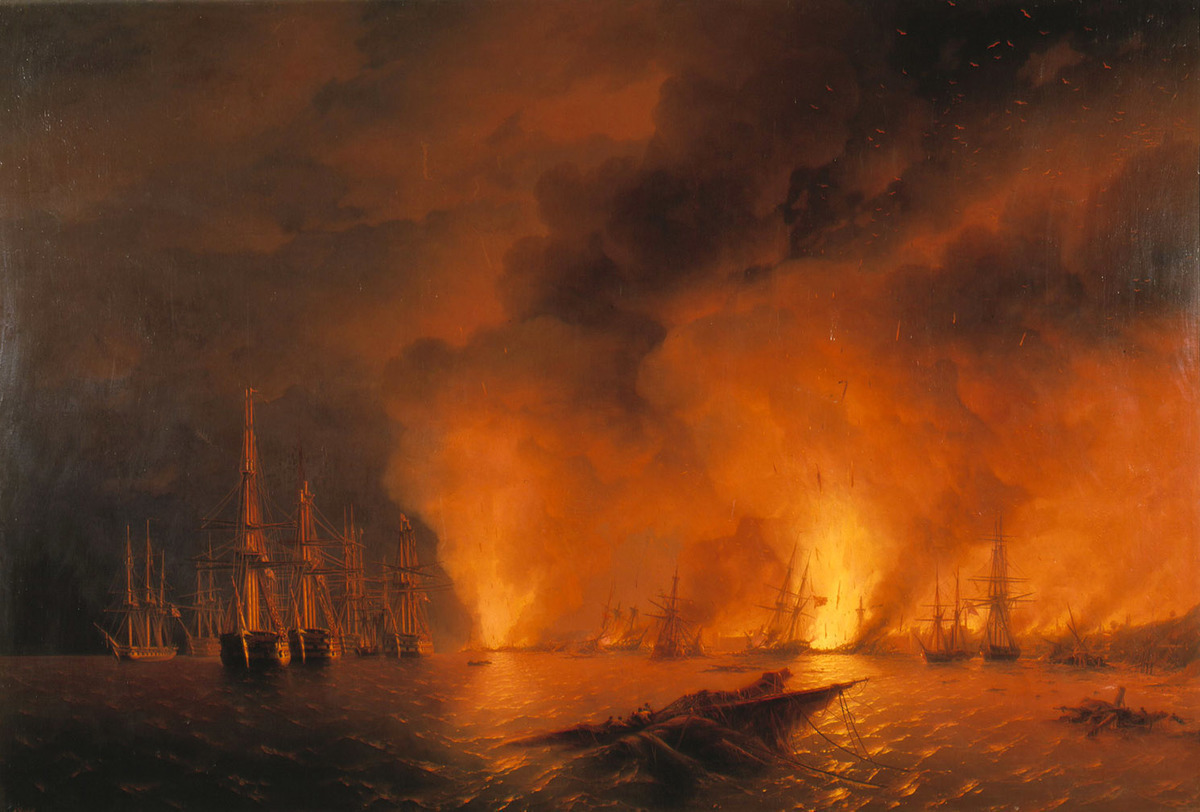 The owner of Grunovka also took part in the defense of Sevastopol. Having become ill with typhus, he was taken out of town for treatment. In the fall of 1855, Victor Ivanovich married Maria Apollinarievna Buteneva. The young wife was equal to his husband in intellect and originality. Due to the fact that she was born in Constantinople, she had the nickname “Princess Cocoon”. She spent her childhood and youth in Rome, spoke fluent Italian and knew Italian art perfectly, played music well and painted beautifully.

After the conclusion of peace, Viktor Ivanovich retired with the rank of captain of the 1st rank and lived either in Odessa (where he bought a magnificent house), or in his favorite estate in Grunovka. He built a huge estate (to match the family estate in Maryino) with 42 rooms there, that was sometimes called the “Mirror Palace”. Prince arranged a museum of antiquities, a huge library and an art gallery there.

Living in the estate, the prince was zealously engaged in public affairs as an honorary magistrate and zemstvo vowel. Around 1861, an extremely unusual church of the Holy Archangel Michael appears in Grunovka. 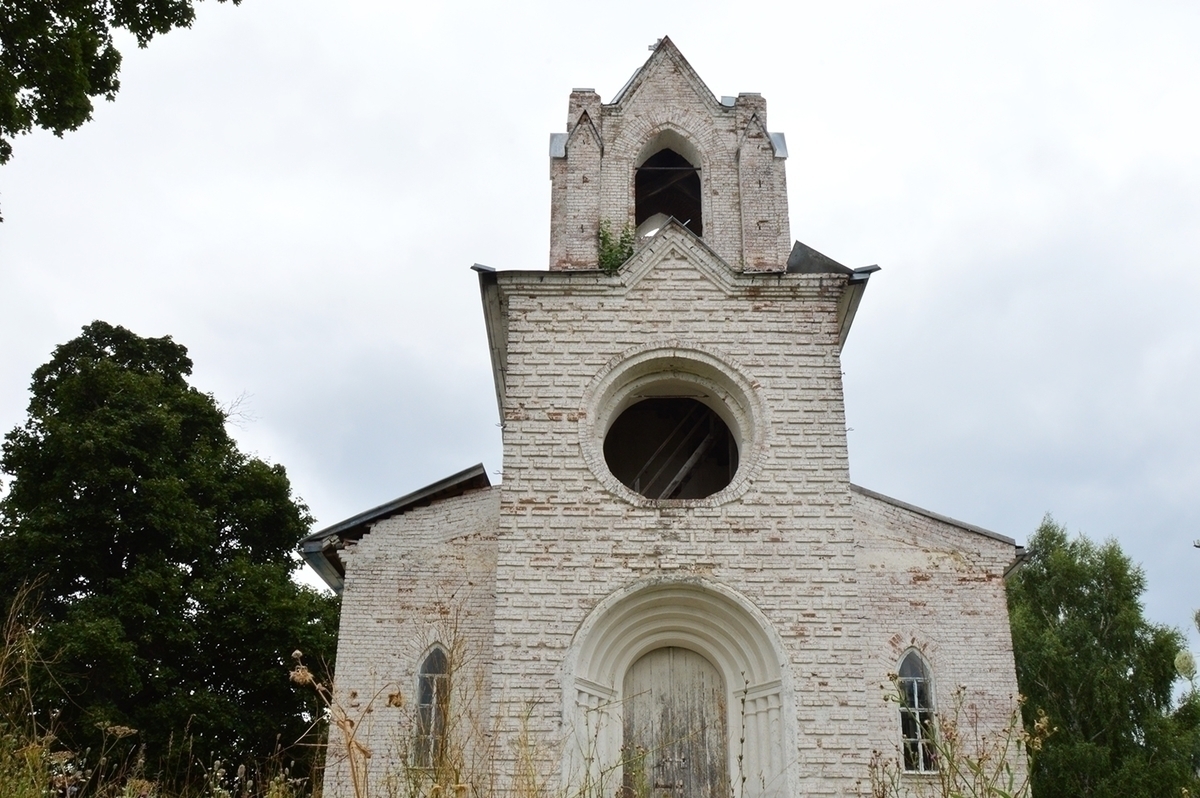 The uniqueness of this church lies in the fact that it combines the Catholic and Orthodox styles. Perhaps, this was done so due to the fact that Maria Apollinarievna herself was a believer in the Latin rite. Nearby (in the same style as the temple) the building of the parish school was erected. 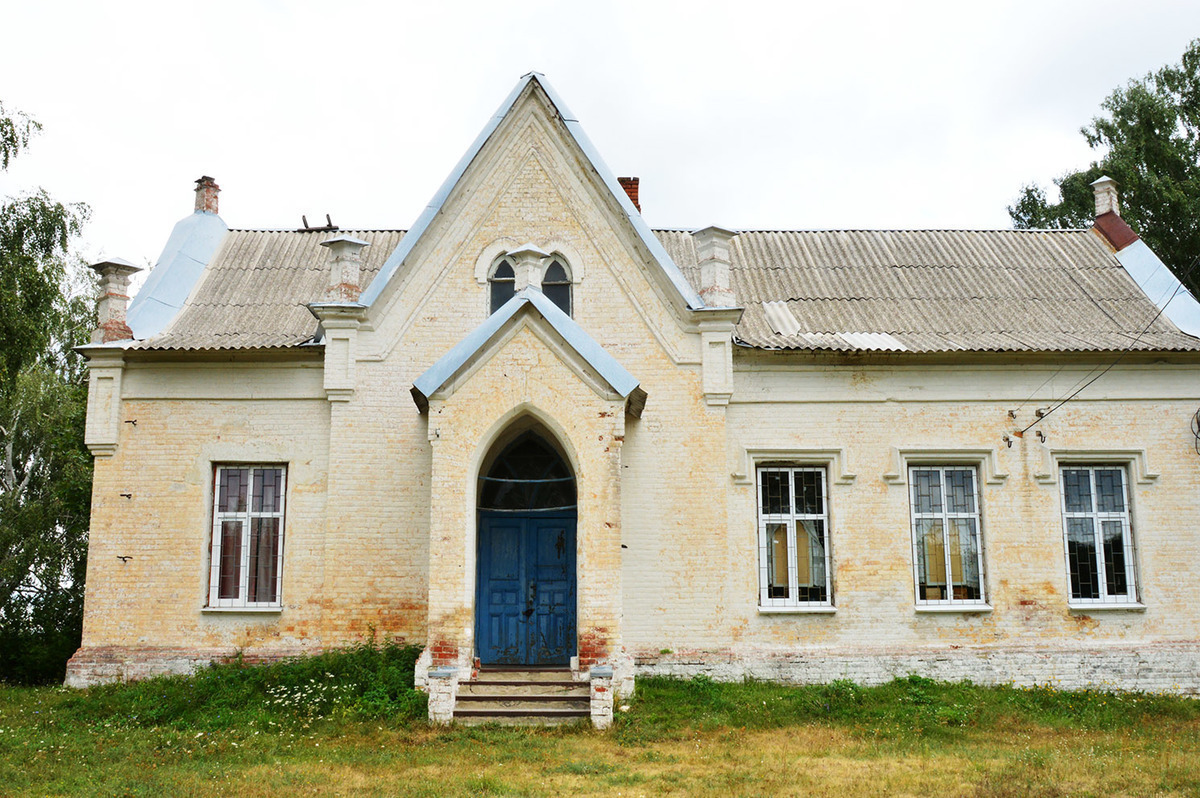 It should be noted that church services were held in the Grunovsky Church for both Orthodox and Catholics. In 1874, a children’s shelter was founded there by Princess Baryatinsky.

Needing a warm climate due to illness, the last 12 years of his life, Prince Viktor Ivanovich spent almost all the time in Italy. He died on May 8, 1904 in Rome at 81. Two years later, Maria Lausanne died in Lausanne.

Today, there is no trace left of the huge estate of the princes Baryatinsky in Grunovka. The unique temple, despite the fact that its bell tower has slightly lost its original form, has been preserved almost completely. The building of the parish school also remained …