Cathedral of the Holy Apostles Peter and Paul, Kamianets-Podilskyi

In the central part of the Old Town stands the monumental building of the Cathedral Church of the capital of Latin Diocese (Roman Catholic bishopric), the stones of which witnessed many events. 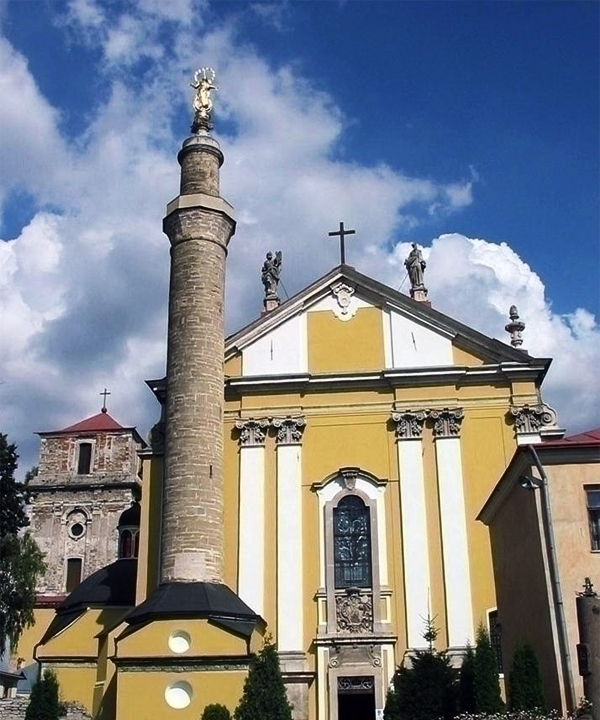 The bishop’s department exists in Kamenets for more than six centuries, with short breaks. The founders of the first wooden church, which was built around 1370, were Lithuanian princes Koriatovichi, who ruled Podolia at that time. And after 5 years, by the request of the Polish King, Pope Gregory XI founds the Diocesia in Kamenets, and the church becomes cathedral.

The construction of the stone church is attributed to Bishop Jacob Buchacki (1502-1517), a religious and wealthy man who allocated money for the fortifications of Kamianets castle. The church was built in the Romanesque style, had three naves. The altar was oriented to the west and was located in the place where the entrance is now. At that time, the entrance to the church was from the side of the Polish market.

In the middle of the XVI century, Bishop Leonard Slonchevsky (1547 – 1562) attached the chapel of the Most Holy Sacraments from the north, and from the south-west the chapel of the Consolation of the Immaculate Mother of God. Until our time, on one of the buttresses, there is a stone table with the emblem and letters “L.S.E.S” (Leonard Slonchevsky Bishop of Kamenetsky), the date 1561 on the sides probably is the year of the consecration of the chapel.

Bishop Pavel Volutsky (1591-1607) built a stone bishop’s house. In 1616, a fire damaged the church badly, but after 5 years it already held a solemn service on the victory over the Turks near Khotyn. Bishop Pavel Pyasetsky (1627-1640) built the chapel of the Immaculate Conception of the Mother of God.
In 1644 Bishop Michael Dzalylynsky built the Presbiterium on the east side, moving the Main Altar there. Presbiterium was built in the Gothic style. At the same time, from the side of the Polish market, behind the altar, the “Garden of Gethsemane” was established.

During the period of Turkish rule (1672-1699) the bishops were outside Podolia, and there were almost no Catholics here. The cathedral became the main Muslim mosque. On the western side, a minaret is built at a height of 36.5 m, the basis of which was a 16th-century chapel in the shape of a cube, filled with stones, and a twenty-meter tower with 145 stone steps was installed on top of it. All the decoration of the church was destroyed, the bones of Christians who were buried in the churchyard were taken out of the city.

Upon the return of Podolia to the Polish Kingdom, Bishop Jan Gninsky re-ordains the mosque to the church. There are two memorial plates on pylons in the central nave to testify this event.

In the middle of the 18th century, Bishop Nicholas Dembowski (1740-1757) and architect Jan de Witte carried out a major overhaul: a new altar is being built, canon chairs are installed, and the pulpit is decorated with sculptures of the Evangelists. The main facade is decorated with pilasters, capitals, sculptures. The harmony and integrity of the facade is complemented by the coat of arms of Bishop N. Dembovsky and a commemorative plate, the text of which reads: “By the will of the Lord noble Nicholas from Oak Hill to Dembovsky bishop of Kamenetsky renovator of the shrine from the grateful capitulum, this plate was installed in 1754″

The repair of the minaret and the installation of a 3.5 m high copper statue of the Mother of God is also the merit of Nikolai Dembovsky. The statue was made in Gdansk and installed May 10, 1756 under the bells and shooting cannons in the castle. The Mother of God stands on a globe and a crescent moon, blessing the city and the land. A halo of 12 stars around the head. In memory of this event on the lower part of the minaret the inscription was stamped: “Mother of God, Immaculate Virgin, Patroness of the city. The figure was established under Nicholas the coat of arms of Elita Dembovsky, Bishop Kamenetz-Podolsky, Abbot Miechow[etskoi], cavalier of the Order of the White Eagle in 1756 ”

Empress Catherine II eliminated the diocese by the decree of September 6, 1795 without coordination with the Apostolic Capital. But already in 1798, after the agreement of Emperor Paul I with Pope Pius VI, the diocese was resumed. In June 1820, lightning struck the minaret, a fire broke out, which was quickly extinguished.

On April 9, 1823, during a hurricane, the figure leaned eastward, the threat of falling arose. The service was temporarily transferred to the Dominican Church. Repair work was carried out under the direction of the priest Uchty. And on July 25, 1823, the first service of God was held.

From 1853 to 1860 overhaul was carried out in the church. At that time, the altars were renewed, the organ of the Austrian company Karl Hesse was installed, and the stained-glass windows were inserted into the presbiterium. The chapel of the Immaculate Conception of the Mother of God was painted with tempera painting by the Italian master Giovanni Sampini.

On the night of June 29-30, 1862, a fire destroyed the entire roof of the church. People donated their last money, rings, necklaces to the resumption of the shrine. Representatives of other faiths also provided assistance. And on December 7, 1862, Bishop Anthony Fialkovsky sent a solemn liturgy in the church. By the decree of Emperor Alexander II of July 5, 1866, the Kamenetsk Diocese was abolished and annexed to Lutsk-Zhitomir. Bishop A. Fialkovsky left the city. The church became the parish.

In 1918, Pope Benedict XV restored Kamenetz to Podolsk diocese, and appointed bishop Peter Mankovsky, priest, as bishop. Two years later, the Bolsheviks eliminated the diocese. The church becomes a parish, and in 1936 it was closed. In 1941-1946 the church was active. In 1946 it was closed, motivating by the fact that before the XVII century there was an Orthodox church here.

From 1946 to 1990, the atheism department of the historical museum was located in the church.

On June 29, 1990, by the request of the believers, the church was returned to the Roman Catholic community. On January 16, 1991, Pope John Paul II appointed a priest, Jan Olshansky to become a Bishop of Kamenets and thus resumed the diocese. On June 10, 1995, in the Cathedral Church, the priest Stanislav Padevsky was consecrated as an assistant bishop. 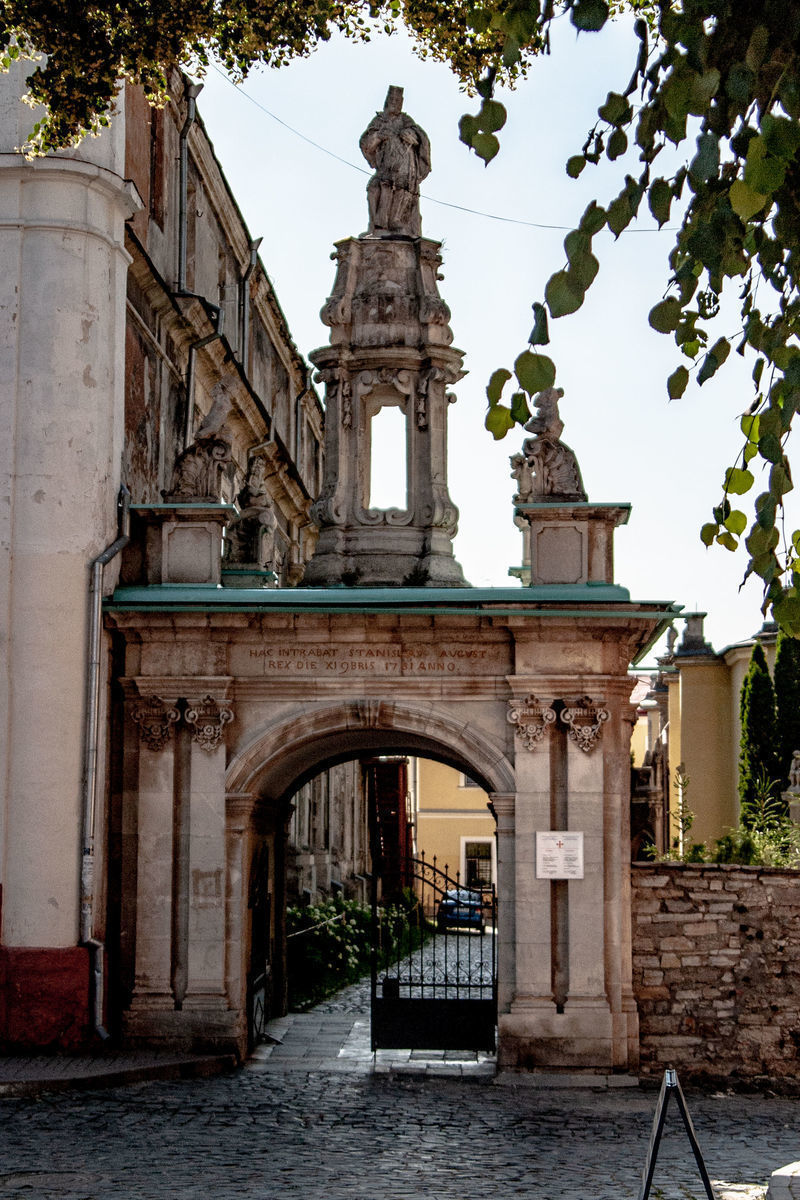 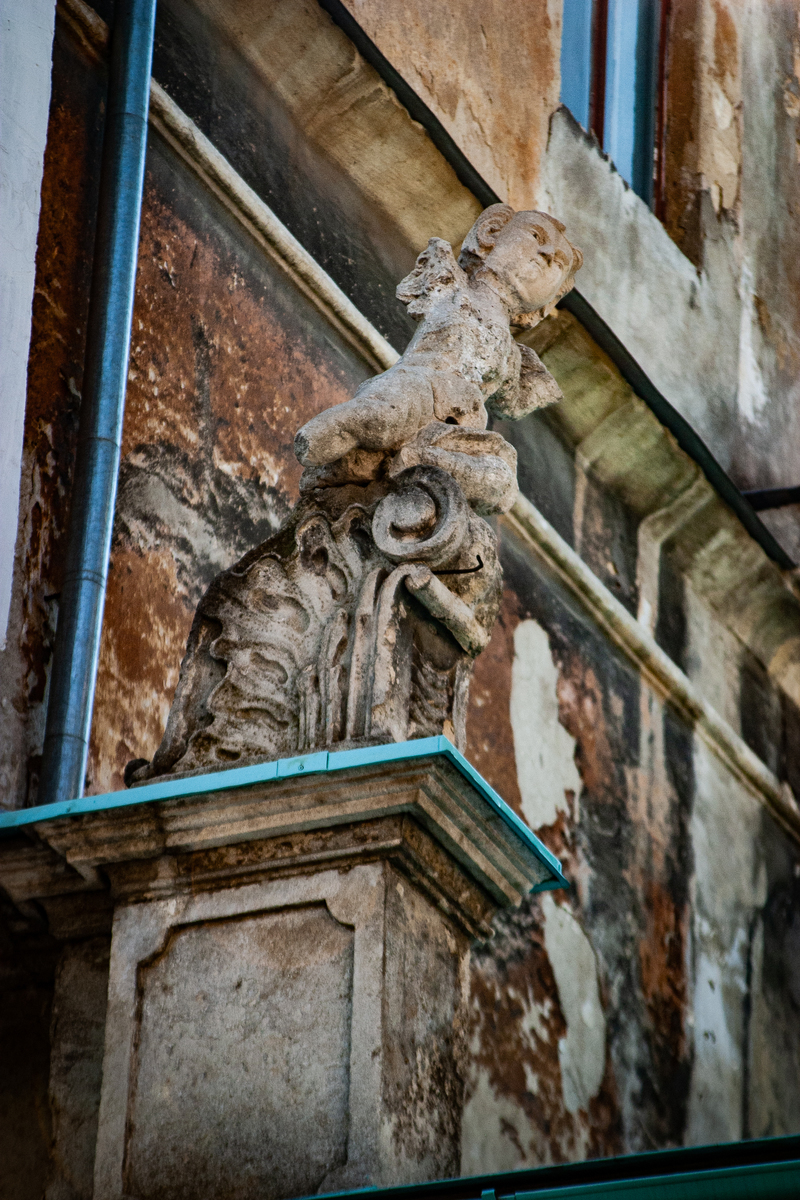 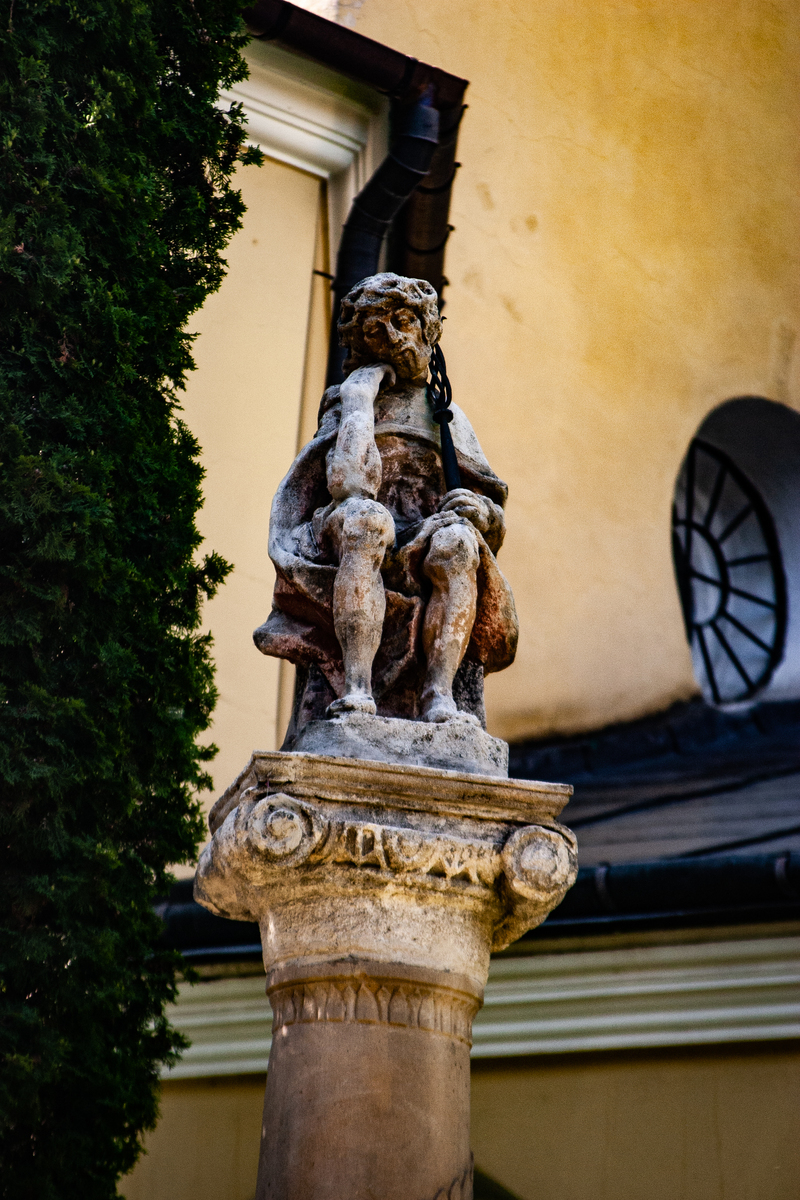 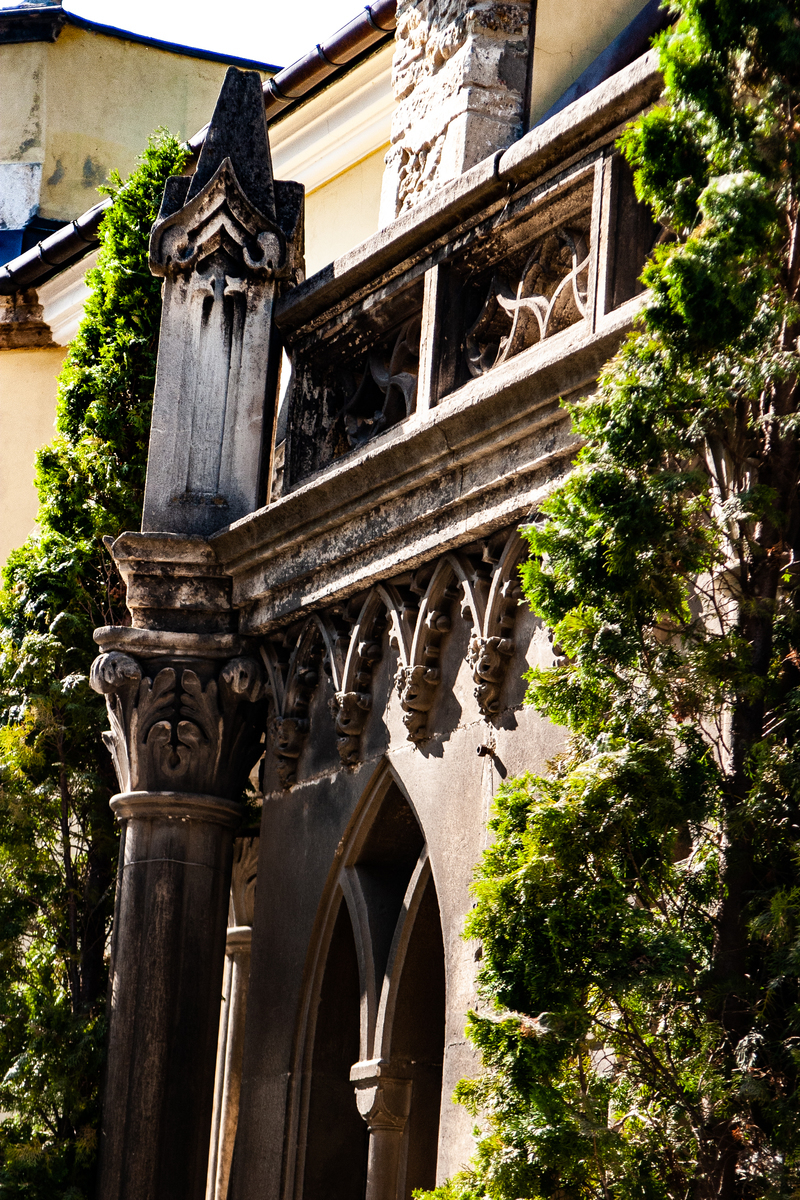