It is difficult to find any information about this place, except for “The abandoned airfield is located in Volchansk. Previously belonged to the DOSAAF school. You can find an abandoned technique, standing in rows, On the territory.”

But we’ve managed to find some information:
From 1956 to 1969, the VAUTZ was here – the Volchansky Aviation Technical Center of DOSAAF. It was used for navigators training (retraining). The Li-2 aircraft had 10 seats, equipped with an aeronautical instrumentation panel. IT was called the NC-navigator class. The plane took off, the portholes were shuttered, and the cadets plotted the route traveled (based only on sensors). By the way, the guys wore soldiers’ uniforms and epaulets of a junior lieutenant and they were called micro-majors in the city. Colonel M.I. Smilsky, in whose honor the central square of the city was named, commanded the GSS Center.
In 1969, the TsOLTSH (Central United Flight Technical School) was transferred here from Kaluga, forming the VAUL.
1987-1989 on the territory of the complex in Volchansk it was planned to open the “Center”.
In 1991, the Soviet Union collapsed, and the planes were left standing in the field, flew no more.
The territory was guarded until 2013.
As airfield belonged to the flight training center, most of it was made up of L-29 Delfin training aircraft (according to NATO’s classification – Maya), produced by the Czechoslovak company “Aero Vodohody”, which were produced from 1963 to 1974. 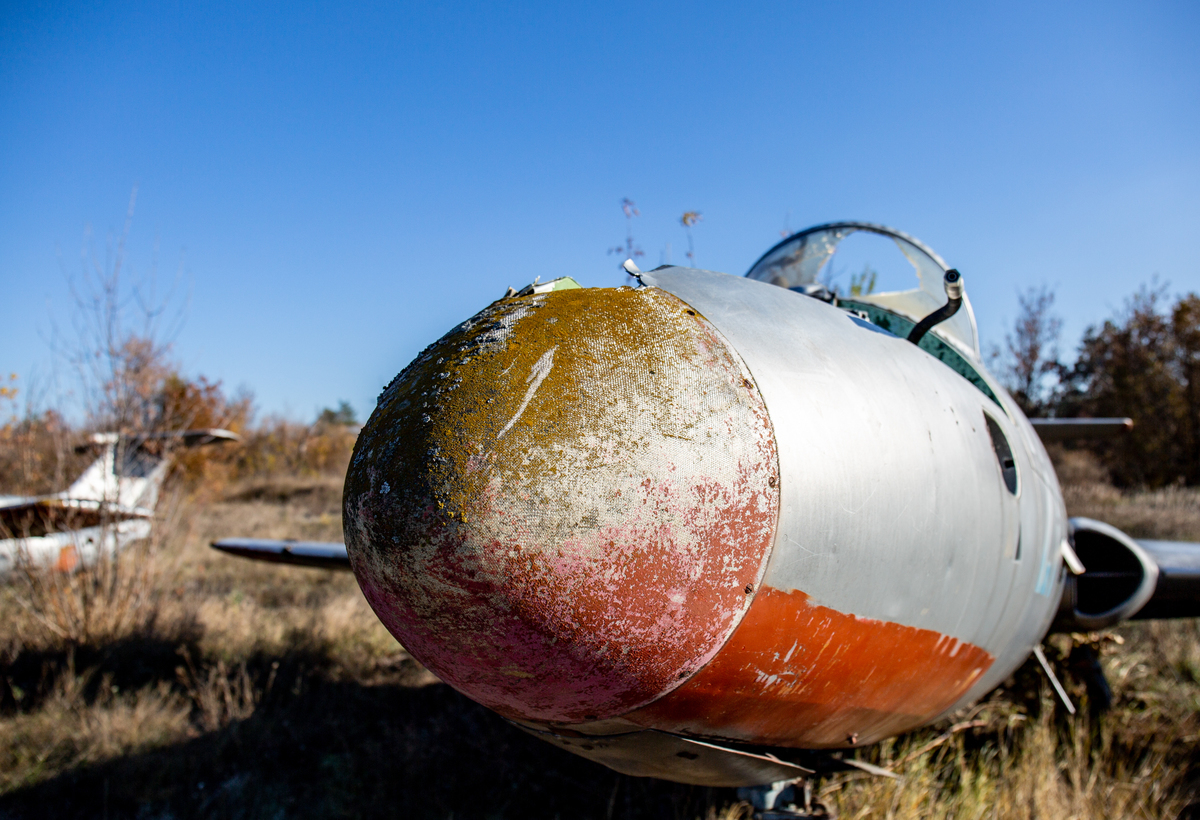 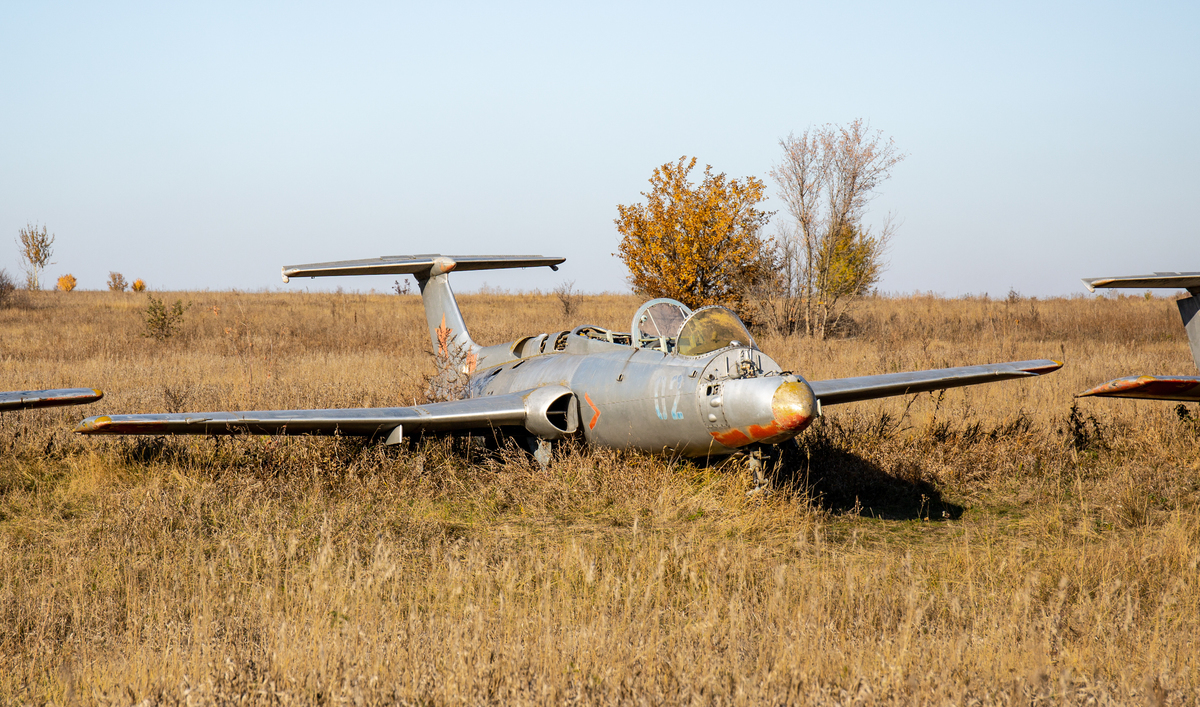 Before the appearance of the L-29, cadets of flight schools of the USSR mastered aerobatics on piston airplanes and then had a lot of issues when starting to fly the jet ones.
After successful tests in 1961, where the L-29 won the competition from the Polish TS-11 Iskra and the Soviet Yak-30, approximately 3,600 L-29 aircraft were built, which were used in all Warsaw Pact air forces and most of all in the USSR.
During the spring of 1959, on the flight tests of the first prototypes, it turned out that with the release of the brake flaps, a strong tail vibration began. To eliminate it, the tails contours were changed and holes in the brake flaps were made. Moreover, at first the perforation was made through, and later, when the aircraft was already mass-produced, it turned out that to fight the vibration, there were enough holes only on the back of the shields.
Flight characteristics of L-29: maximum speed: 820 km/h (according to other sources 600 km/h), flight range: 900 km, practical flight altitude: 11,500 m.
The aircraft is an all-metal monoplane with a tandem cabin for the crew, where the instructor’s seat is located behind and slightly above the pilot’s seat; with a retractable landing gear, a T-shaped tail and a straight wing. The main advantages of the L-29 were the presence of a powerful engine and low pressure during take-off, which allowed it to be started from unprepared, sandy and swampy runways, in the variant of both flight-training and light assault aircraft.
Already in 1972, the L-39 appeared, which was chosen as the new main training aircraft of the Warsaw Pact countries, but the old L-29 continued to be used for a very long time. 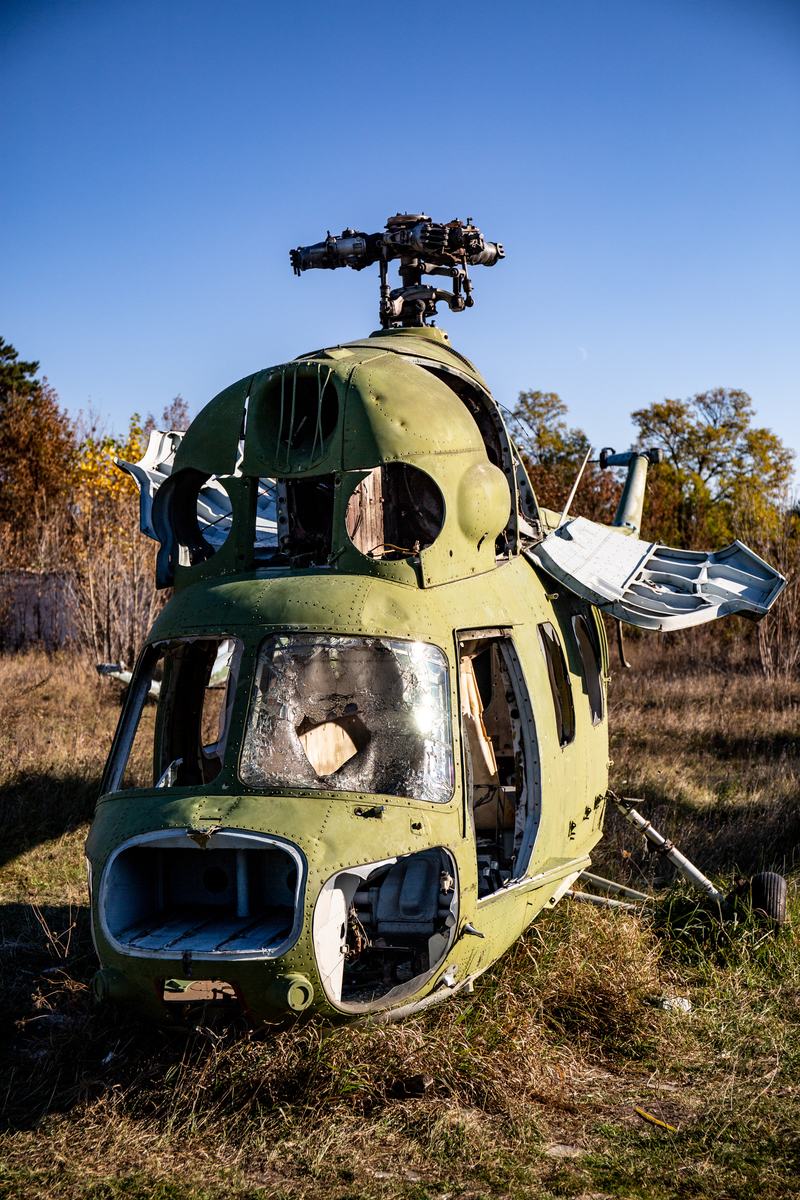 The remains of the Mi-2 helicopters (according to NATO’s classification – Hoplite) is a Soviet multi-purpose helicopter developed by the M. L. Mil Design Bureau in the early 1960s.
Mi-2 is the only Soviet helicopter that was not produced in the USSR. By decision of the Soviet authorities, the production was given to Poland.

Also, there are An-2 aircraft there – approximately in the same condition as the L-29: 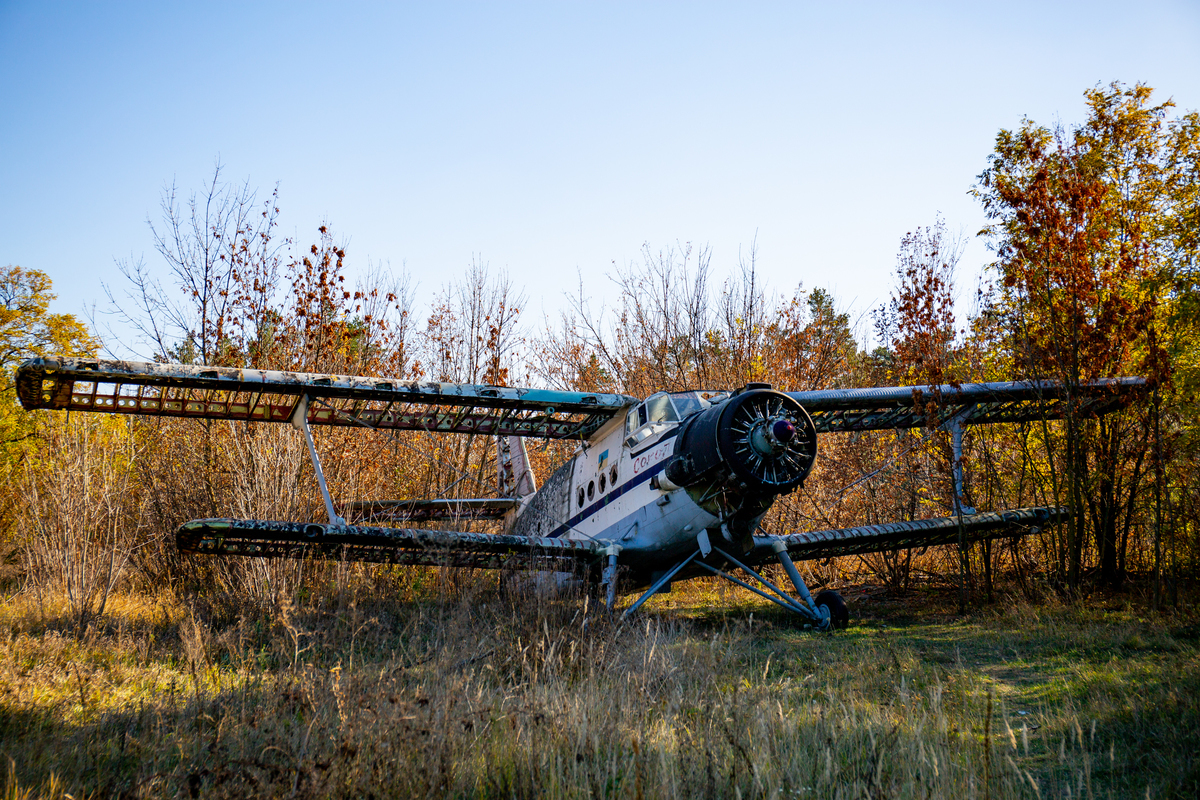 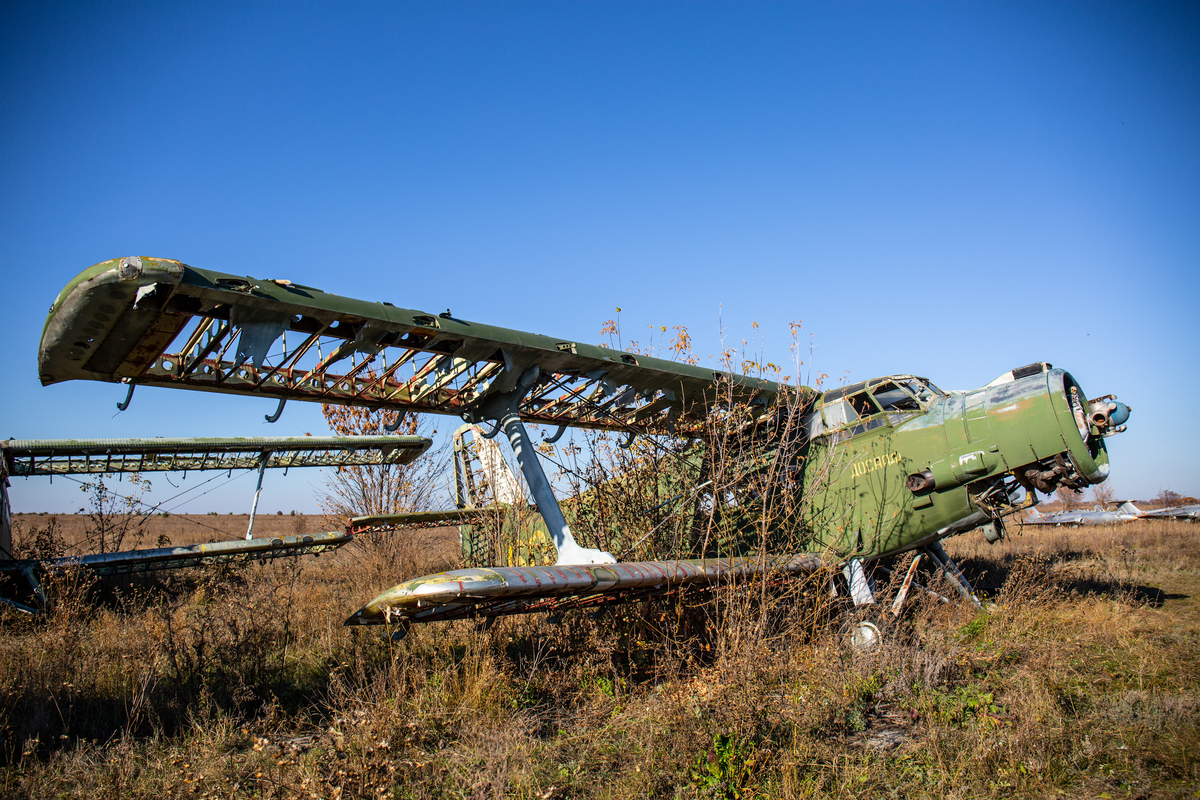